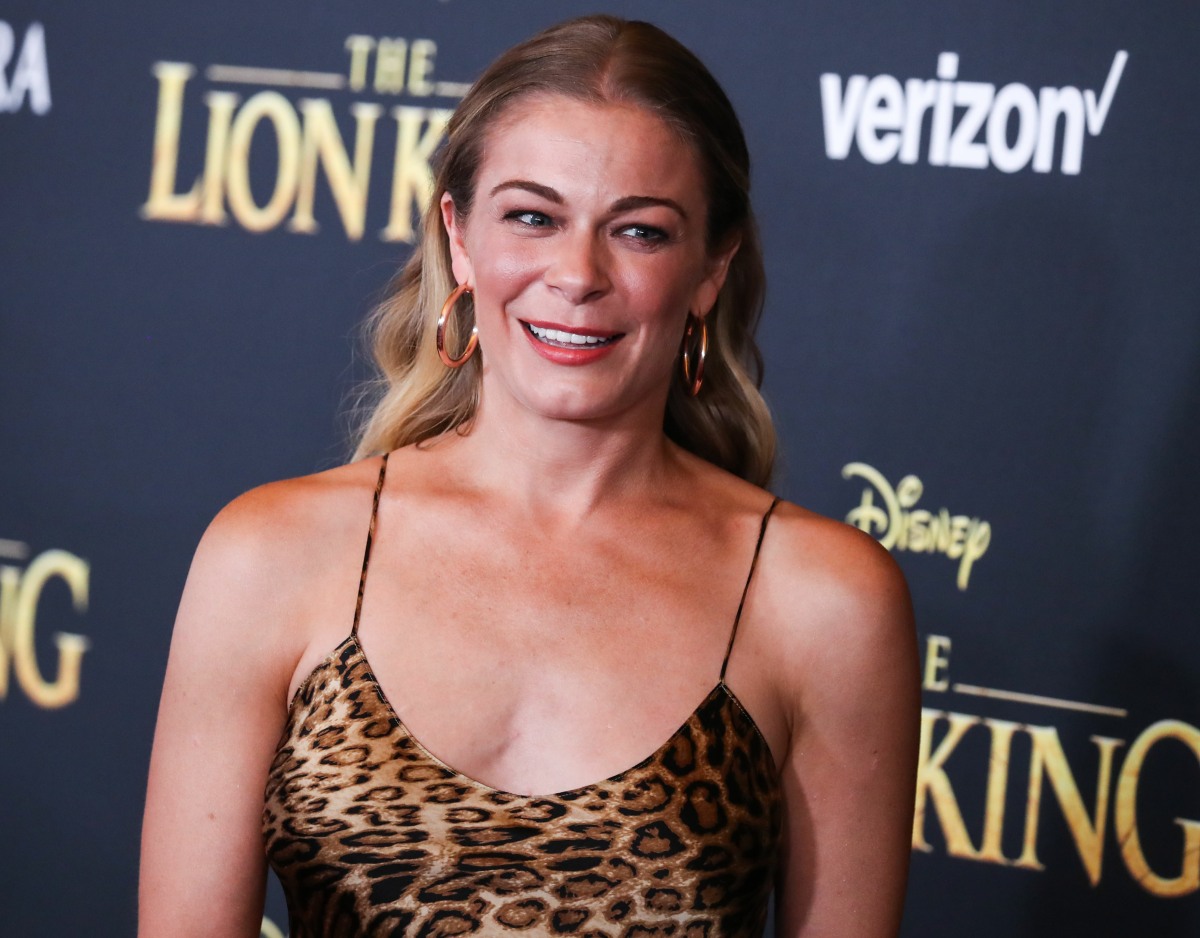 In 2012, LeAnn Rimes entered a “treatment facility” for what was supposed to be a 28-day treatment for stress and anxiety. There were always different theories floating around about what was really going on with that whole story though. For one, LeAnn had been boozing it up especially around her 30th birthday, and she entered the treatment facility two days after said birthday. Brandi Glanville claimed LeAnn went to “tweehab” because at the time, LeAnn was being especially crazy on Twitter 24-7. LeAnn’s management insisted that LeAnn really was suffering from too much stress, and something about bullying too. I don’t remember. What I do remember is that the “28 days” was absolute bulls–t. LeAnn left the facility after a matter of days to perform at a concert. Then a week later, she was at a premiere with Eddie Cibrian. I said at the time that LeAnn didn’t so much enter a “treatment facility” as she just came and went as she pleased from some kind of spa. I still believe that.

Why this trip down memory lane? Because LeAnn gave a speech at the Hope for Depression Research Foundation’s luncheon this week and suddenly she’s trying to pretend that back in 2012, she was in some sort of real-deal facility where she was alone for 28 straight days? For the love of God.

Seeking treatment for anxiety and depression was the best gift LeAnn Rimes ever gave herself since it likely saved her life, she revealed Wednesday. The Grammy Award-winning singer checked herself into treatment on Aug. 29, 2012, the day after she turned 30, she told the packed audience at the Hope for Depression Research Foundation’s 13th Annual Luncheon Seminar at The Plaza Hotel in Manhattan. Breaking down in tears at the podium, she said, “Honestly, It was the best birthday gift I could have ever given myself because I don’t know if I would have made it to the next one.”

During her emotional speech, Rimes talked about how she was “panicking” on the way to the treatment facility because she would be all alone for 28 days straight and left to face her thoughts, fears — and pain. “Honestly until the day that I checked myself into that treatment center, I had never been alone,” she said. After her loved ones said their goodbyes, “it was real,” she said. “It was the first time I couldn’t run anymore and I was running from a lot of trauma.”

She broke down again, pausing for a moment before regaining her composure. “I cry because I am so happy to be able to share this because there is a lot of hiding that goes on and there is a lot of shame,” she said. “I know that so many people here understand that, so thank you for offering me the podium, because being able to share that is healing. It is freaking healing.”

On Wednesday, she talked about the toll of the ordeal [of her affair with Eddie Cibrian and the years-long fallout]. There was “a very public shaming around my relationship with my now-husband of nine years,” she said. “And all the running, and all of the hiding and all of the shame that lived inside was incredibly exhausting. I wasn’t sleeping, though I couldn’t get out of bed, which made no sense to me. I was having debilitating panic attacks where I could not breathe and honestly, I think I’ve been holding my breath my entire life.” Then came the help she so badly needed. “I was so fortunate to have wonderful friends around me, and a wonderful husband, and a great support system … that sat me down and suggested that I get help.”

I don’t doubt that LeAnn is an anxious person, or that she’s incredibly high-strung or that she has significant mental health issues. We know all that. We’ve seen it over the years. What bugs me is the complete rewrite on what was actually happening out in public, facts about her life that we already witnessed. She didn’t get some intensive 28-day treatment, she was in and out of that place as soon as she got some sympathetic headlines. She was publicly shamed because she was openly cheating on her husband with another married man, a man she openly pursued until she destroyed both of their marriages. Also: wouldn’t her mental health be in a better place today if she hadn’t married a compulsive liar and degenerate cheater? God knows what kind of gaslighting Eddie has done on her over the years. 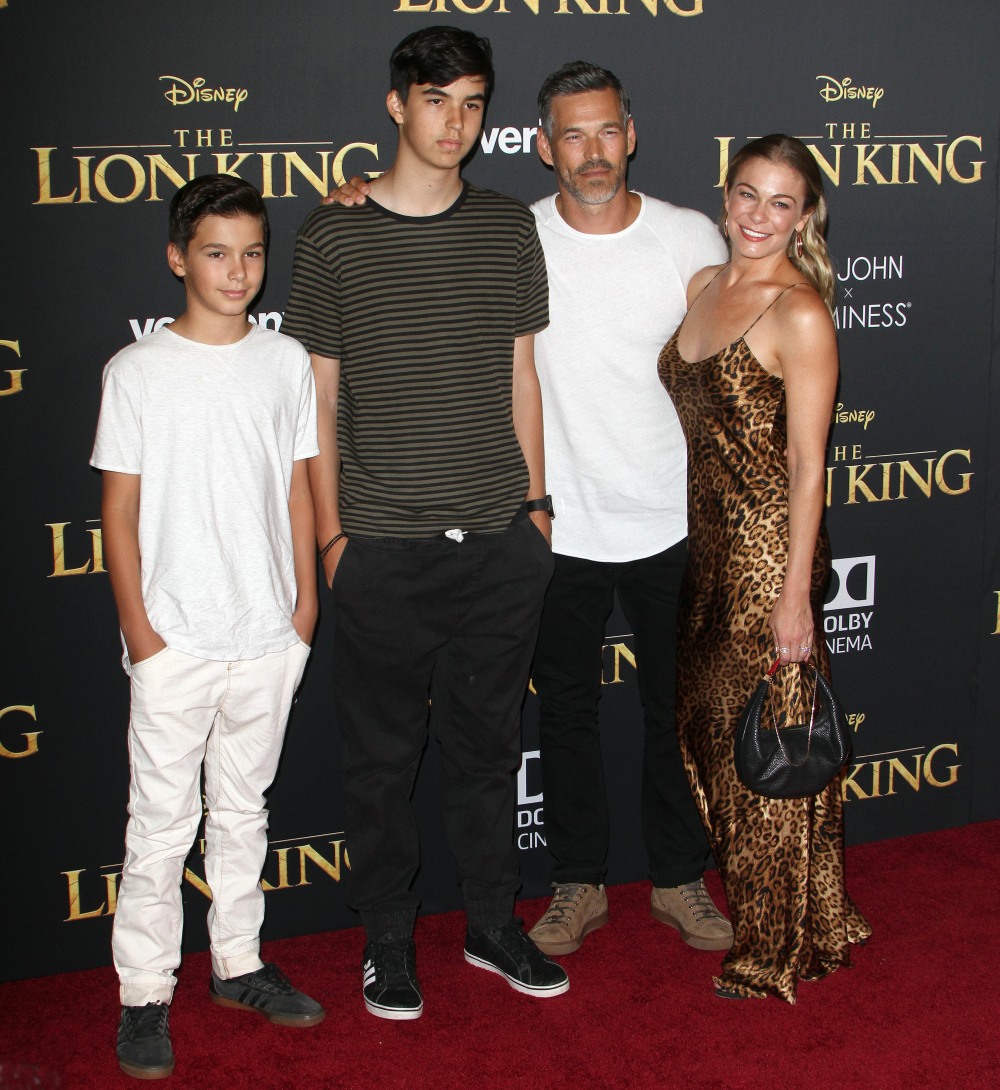