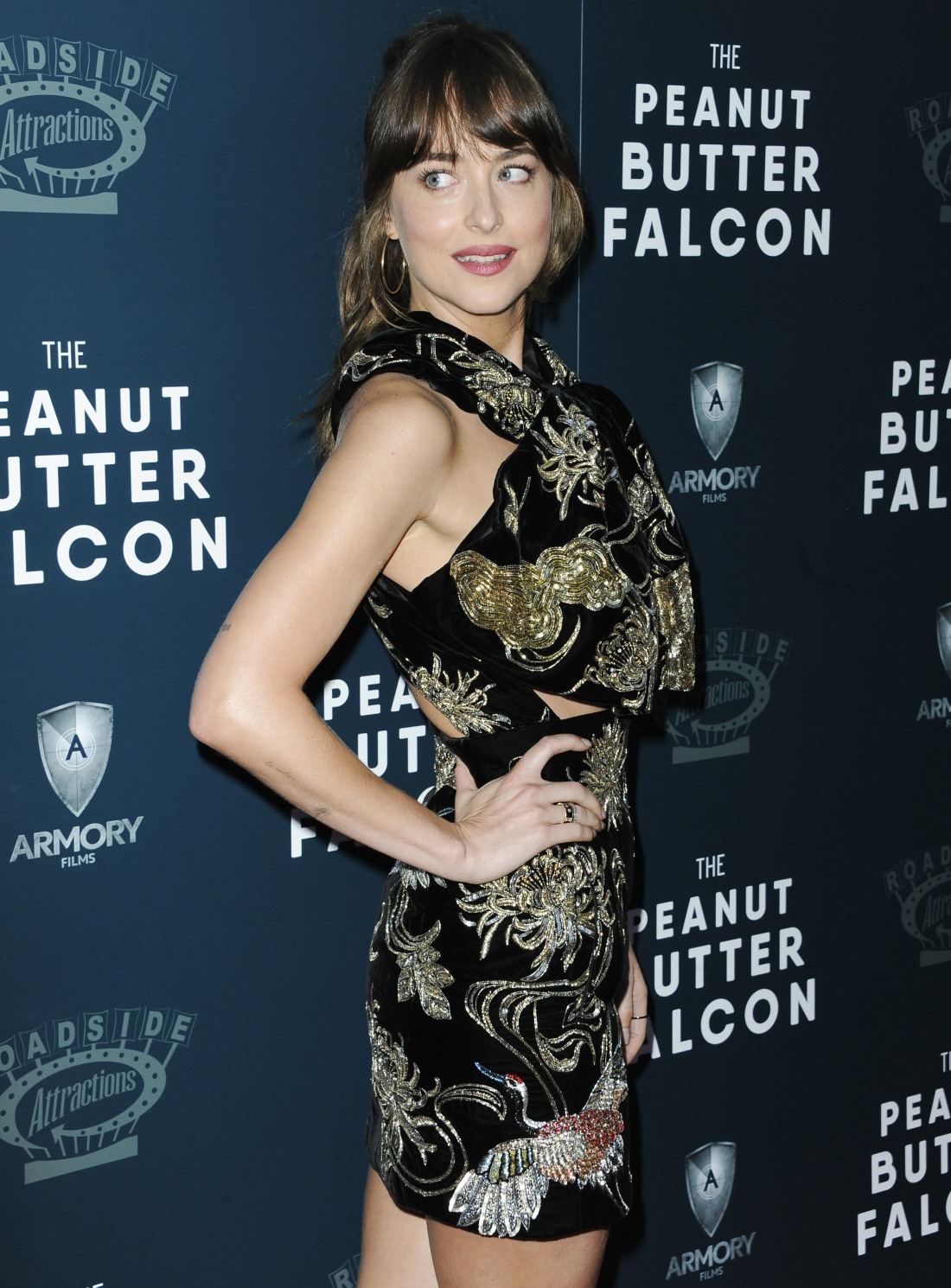 Just before Ellen DeGeneres’ show took a break for the Thanksgiving holiday, she sat down with Dakota Johnson. Dakota is currently promoting The Peanut Butter Falcon, which came up during the interview, but not before things got awkward as hell. To be fair… has anyone noticed that so many of Ellen’s interviews have been awkward for a while? I feel like she’s mentally sort of tapped-out of her job sometimes. But even then, this Dakota Johnson interview was so uncomfortable that many, many people noticed it. The whole thing is just a master class in shade from Dakota, from “ask Jonathan” to identifying Tig Notaro as her “favorite comedian.”

It’s worth noting that Dakota is THIRD generation Hollywood and to a certain extent, she was putting Ellen in her place. Or maybe Dakota was just tired of Ellen’s sh-t (same, frankly). Anyway… I prefer awkward, uncomfortable interviews to Ellen throwing softball questions at one of her actual close friends. Also: internet sleuths figured that Ellen couldn’t go to Dakota’s birthday party because Ellen went to Texas to watch the Cowboys game with George W. Bush.

Dakota Johnson’s 30th birthday was celebrated on the night of October 5. Ellen was hanging out with George W. Bush on October 6. pic.twitter.com/1Bfs2CnHCQ

Bandwagon Dakota Johnson fans…… the Dakota Hive sees you and we remember the cold, dark lonely days of persecution……..

Dakota Johnson and Ellen saying goodbye to one another pic.twitter.com/5Y5nHrpi3s

Dakota Johnson and Ellen about to throw hands pic.twitter.com/vedm2FR8ss