Why has Emma Watson been largely M.I.A. during ‘Little Women’ promotion? 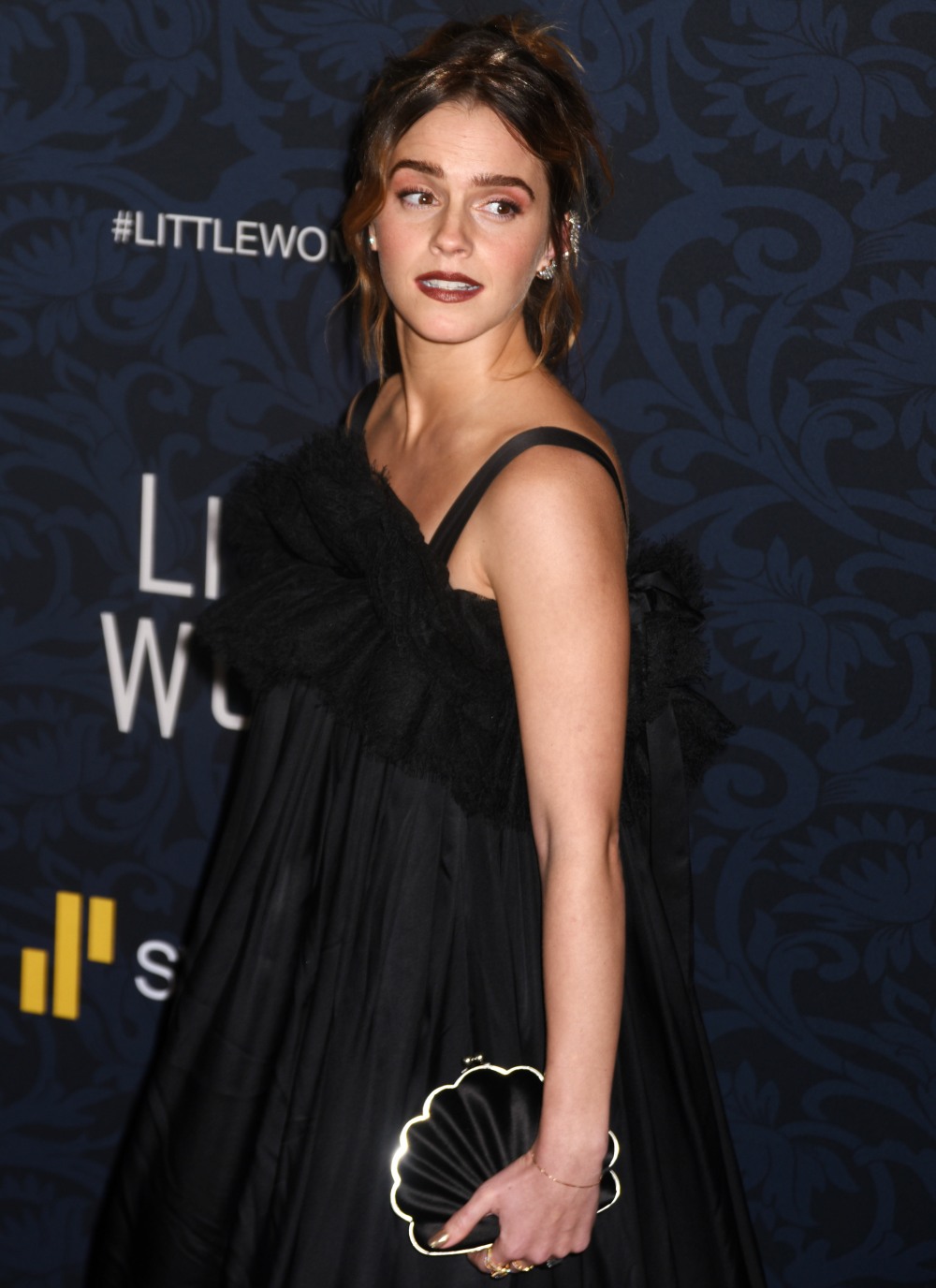 Believe it or not, but I always forget that Emma Watson has, like, diehard stans. True-believer stans who expect her to be front and center of every promotional tour, even when she’s just one part of an ensemble. So it is with Little Women – I wasn’t expecting that much from Emma on the promotional trail, and my expectations were basically met. She attended the New York premiere (in an awful dress) and she covered the December issue of British Vogue. That’s it. She hasn’t gone to any of the other premieres or screenings. I think she maybe did one day of junket-ing. She plays Meg in Little Women, and Meg really isn’t the go-to character, you know? People have stronger feelings about Jo, Beth and even Amy. They have strong feelings about Laurie too. But Meg? Nah. So maybe Emma was aware of that and she decided to leave the promotional heavy lifting to Saoirse Ronan, Timothee Chalamet and Greta Gerwig (good luck getting Greta out of the spotlight for the promotion). And now Page Six is turning it into a thing:

Emma Watson refused to join the promo tour for “Little Women,” Page Six can reveal. Watson’s been MIA, and we’ve been told that her reps informed Sony Pictures she would join co-stars Saoirse Ronan, Florence Pugh, Eliza Scanlen, Laura Dern, Timothée Chalamet and her royal highness Meryl Streep only at the premiere at MoMA on Dec. 7.

While the rest of the cast has been hitting the promo circuit hard, with late-night appearances, morning-show spots and touring the globe, a movie source revealed: “Emma’s reps told Sony that she would only do the premiere. We don’t really know what happened, if she wasn’t happy with the movie or fell out with the cast.”

However, a source insisted that Watson was thrilled with the film, pointing out that she had flooded her Instagram account — she has 52.9 million followers, more than anyone else in the cast — with photos of the movie, and said she’s also not a lead character. (She plays Meg — 1 of the 4 little women.) Having such a massive social-media footprint means that she could easily skip the tour and have equal impact, the insider pointed out.

Given what (little) I know of Watson, I don’t think that she would just skip out on promotion because she wasn’t happy with the film? That doesn’t seem like her at all. It’s far more likely that it’s what I said – she’s Meg, and there aren’t many Meg stans. And instead of trying to pull focus from Saoirse and Timmy, Emma just decided to sit it out. Why go all out when you’re just part of the ensemble? Why prepare a million outfits for the promotion when… you don’t have to? When you can just tell the studio “nah, I don’t feel like it.”

Maybe another option is “Laura Dern is Emma’s nemesis as well.” I hope so! More people need to get on the “Laura Dern is THE WORST” bandwagon. Come on, there’s room! 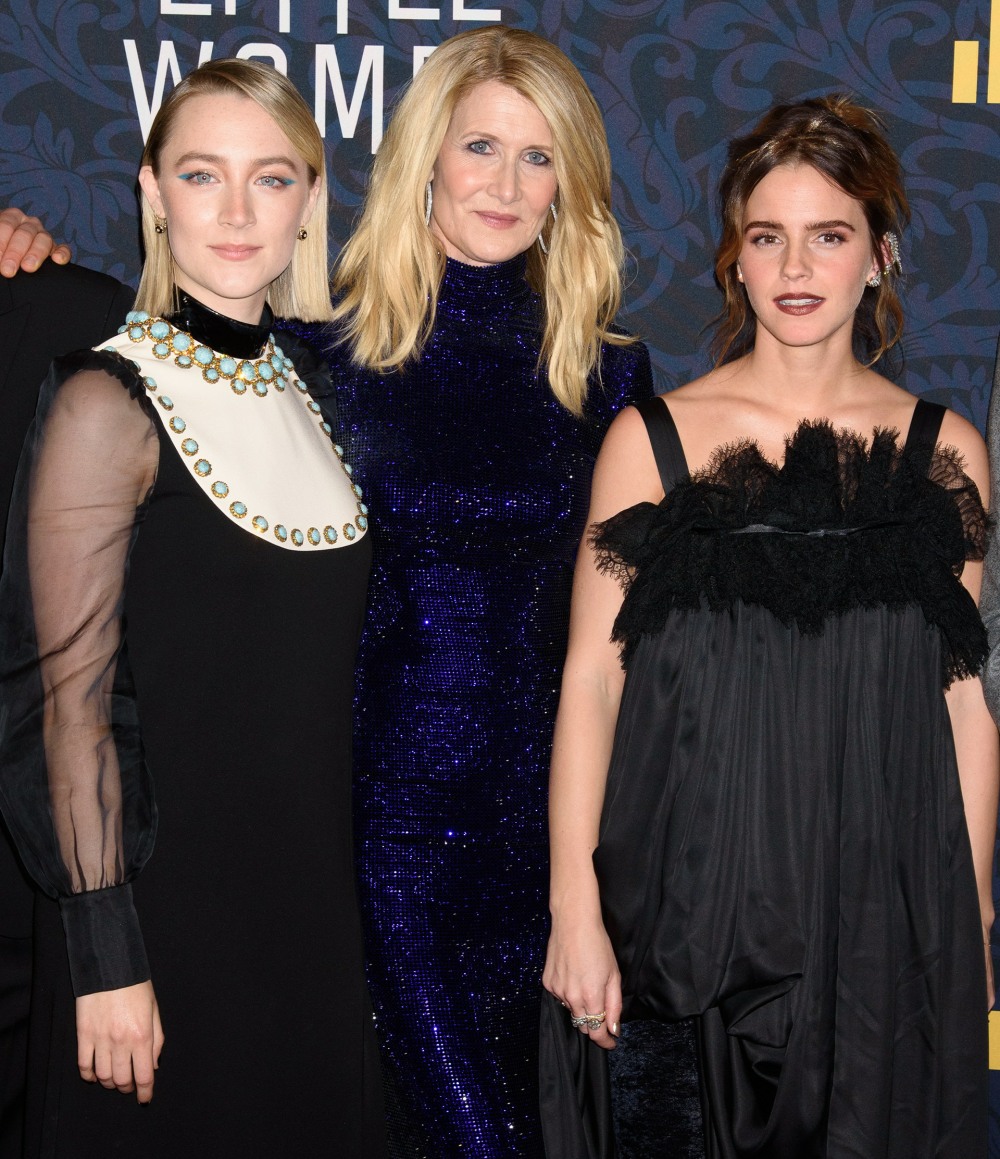 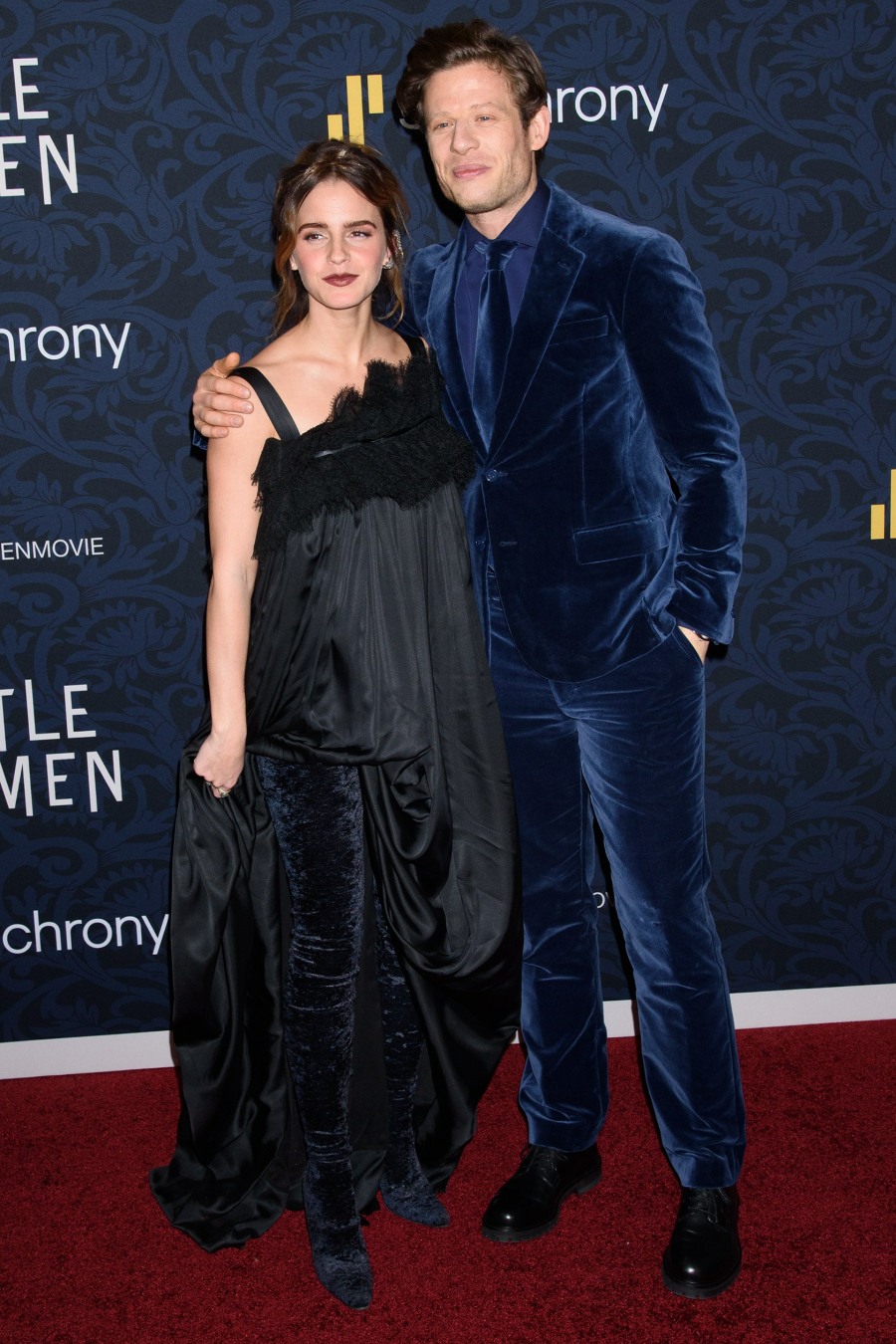 83 Responses to “Why has Emma Watson been largely M.I.A. during ‘Little Women’ promotion?”