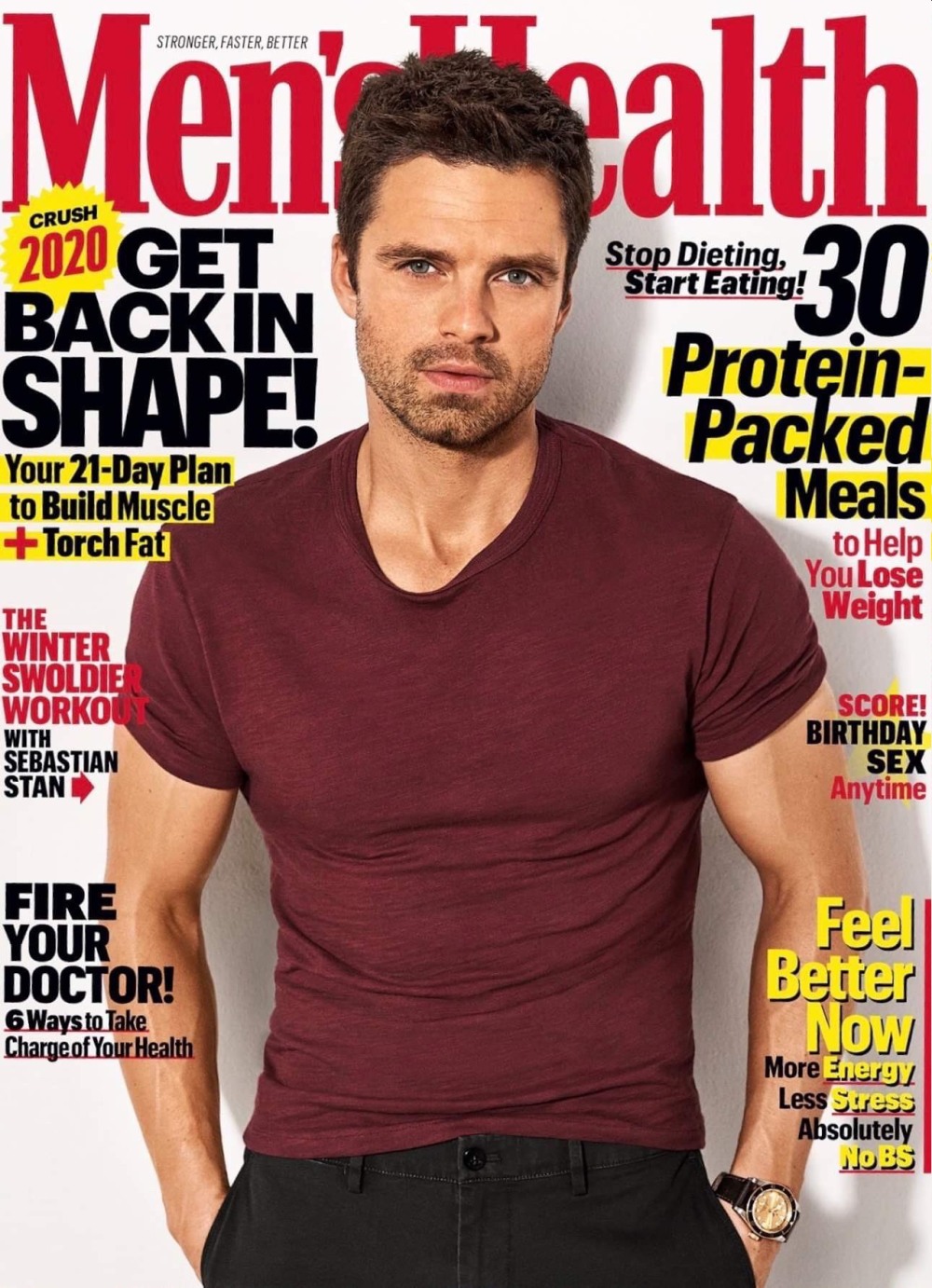 I was never really into Sebastian Stan during the whole Marvel thing. To me, he looks like too much like Michael Weatherly (who is a douche). That being said, I thought he was great in Tonya (he played Tonya Harding’s trashy, abusive husband), and his trolling of Gwyneth Paltrow is world-class. All of this to say, I’m not into Sebastian Stan, but I can see how other people like him. I might have to get interested though? Because he has a REALLY nice body. Sebastian covers the January/February issue of Men’s Health and it is a good thing. The photos are FIRE. I like that he’s well-built and well-proportioned, and it’s not like he’s got huge, veiny arms and little chicken legs. You can see Sebastian’s full Men’s Health editorial and interview here. Some highlights:

On his signature deadpan expression: “People always ask me if I’m okay. They’ve said I have ‘serial-killer resting face.’ No matter what I do, I’ve always had dark circles under my eyes that never really go away. Lately there might be a little moisturizer happening here and there, just in case. Preserving a couple years, or whatever.”

On the pressure to get ripped and outgrowing the arm he wears in the Captain America series: “I was so insecure being around these massive f**king guys, so I started lifting really heavy and ate a lot. I remember I showed up, and I was a little bit bigger than I had been in The Winter Solider. The arm was a bit tight. I was losing circulation.”

On whether the Marvel superhero narrative is a dated, unrelated picture of masculinity: “When I was watching Steve Rogers, I saw him question his identity, his alliances, the government. ‘Who am I? What is this? What made me come into this is very different than the role I am in now.’ I think it was very timely, in the sense that you could see that character evolve. Then he gives up his shield and is like, ‘I’m out. I’m going to do my own thing.’ He chooses his own life. It’s actually more relatable.”

On comparing his physical self to other Marvel stars: “I mean next to Evans and Hemsworth and all those guys, I feel like I’m 50 miles behind. I don’t think I can get to that size to be honest. My body right now Is probably the best it’s ever been.”

On moving to New York from Romania and Vienna in 1995: “I am Eastern European. We left communism. When I came here, I just wanted to be like everybody else.”

On the mannerisms he picked up from his Romanian heritage: “For me, based on my mother, the ‘Romanian temperament’ is perseverance – being able to handle more than you think you can. At 27, my mother was working two jobs in a foreign country where she barely spoke the language. There’s a sense of family and perseverance that’s deeply ingrained in the blood.”

On reaction to filmmaker Martin Scorsese saying that Marvel films “are not cinema”: “All I know is that all movies affect people. I’ve certainly experienced firsthand many people who have been affected and helped by Marvel movies.”

“They’ve said I have ‘serial-killer resting face.’” I guess? He actually has a great face for a – gulp – character actor. Not crazy-handsome in a way that’s extremely memorable, able to transform his look very easily, and those dark circles and thousand-yard serial-killer stare make you question whether he’s the hero or the villain, perfect for a character actor. I always forget that he’s not a born-and-bred American guy too – he’s a European immigrant who escaped to America after the Iron Curtain fell. Also: I’d much prefer to be with a guy built like Sebastian Stan than a guy built like Chris Hemsworth? 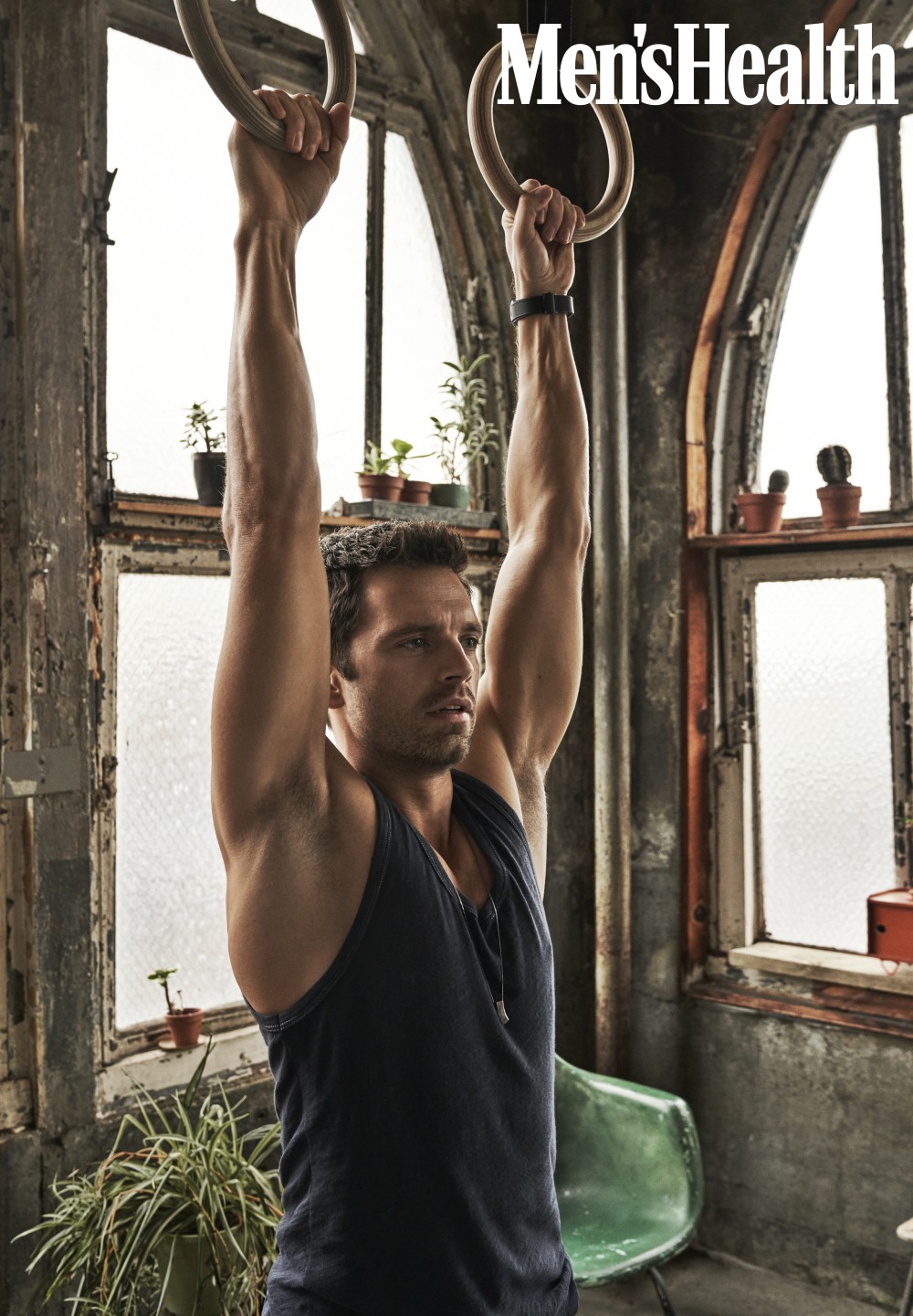 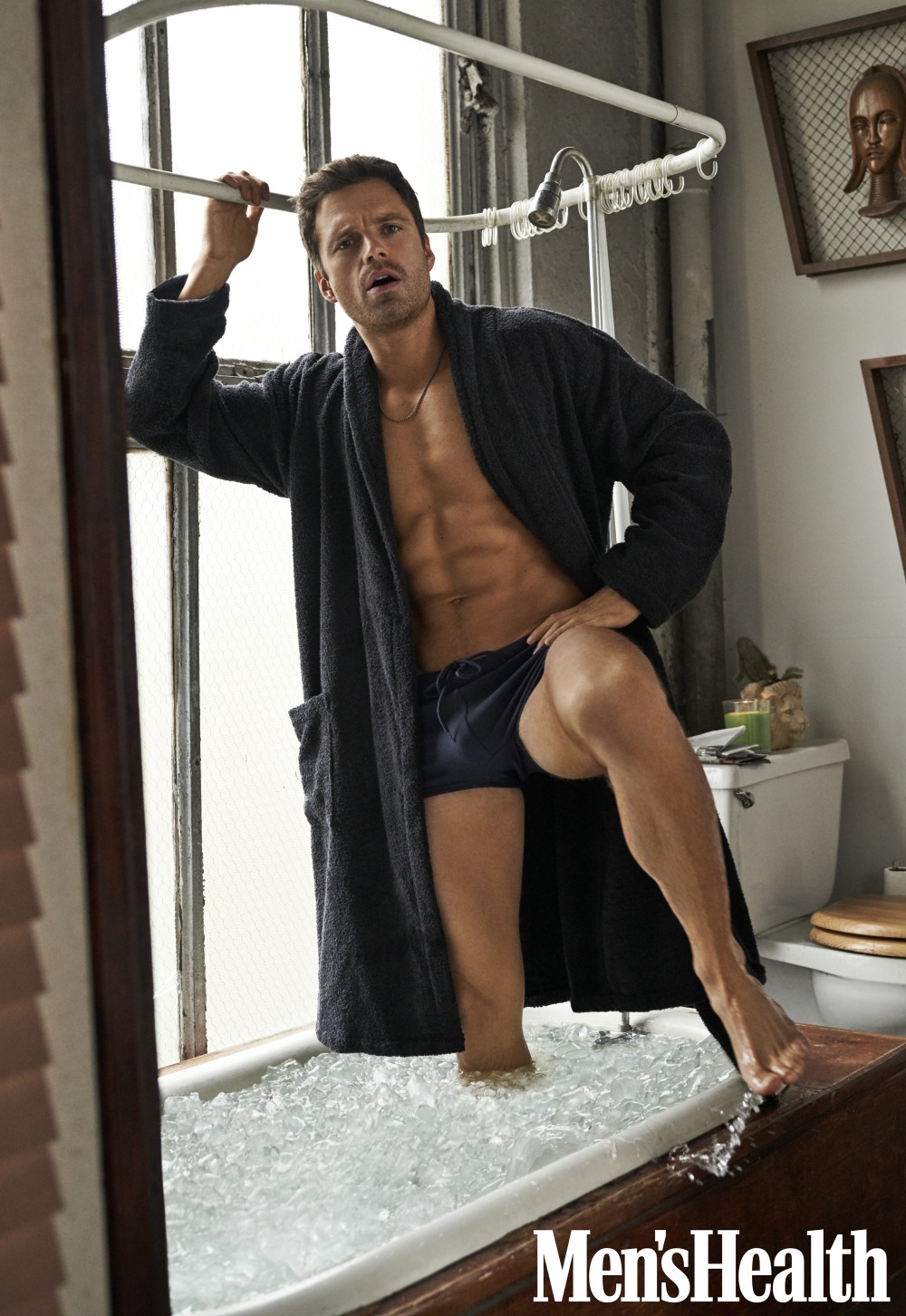 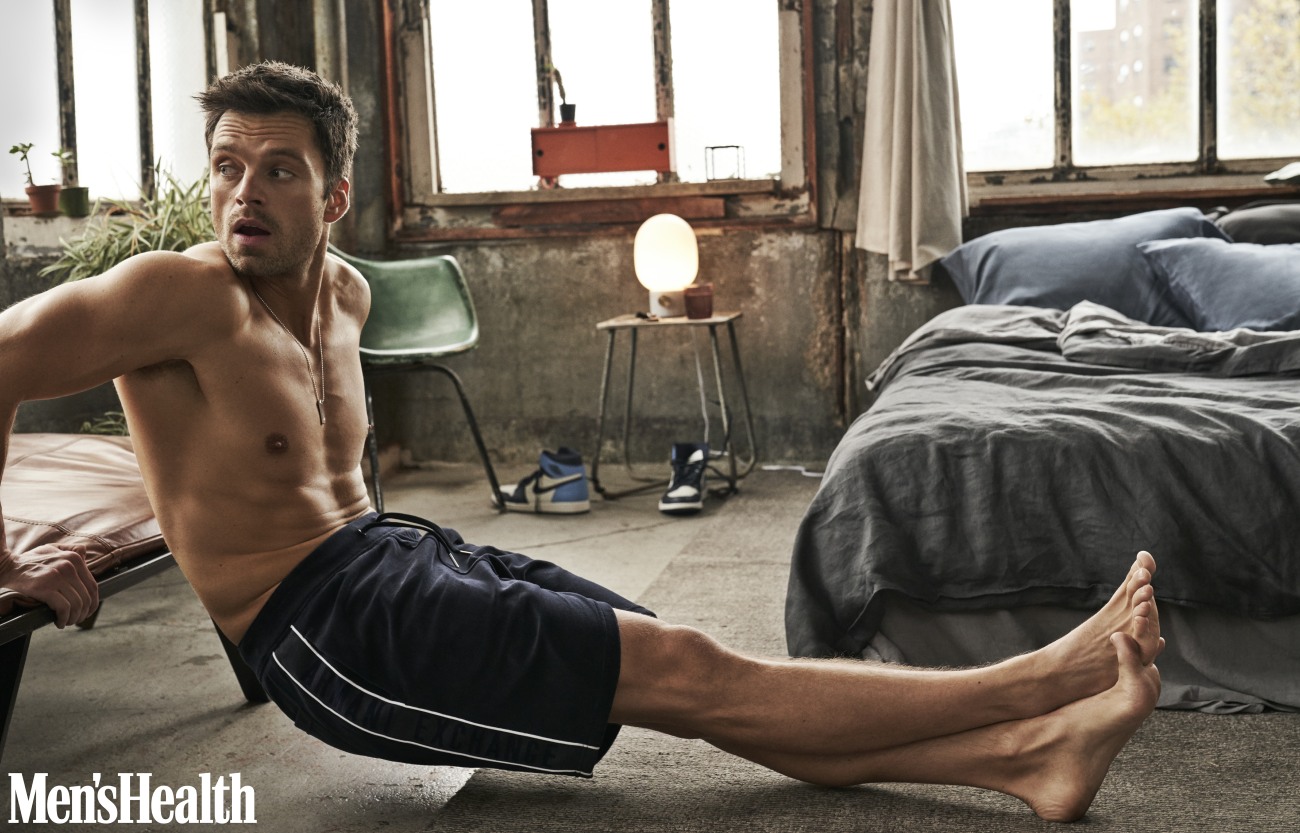 34 Responses to “Sebastian Stan on his ‘serial-killer resting face’: ‘People always ask me if I’m okay’”