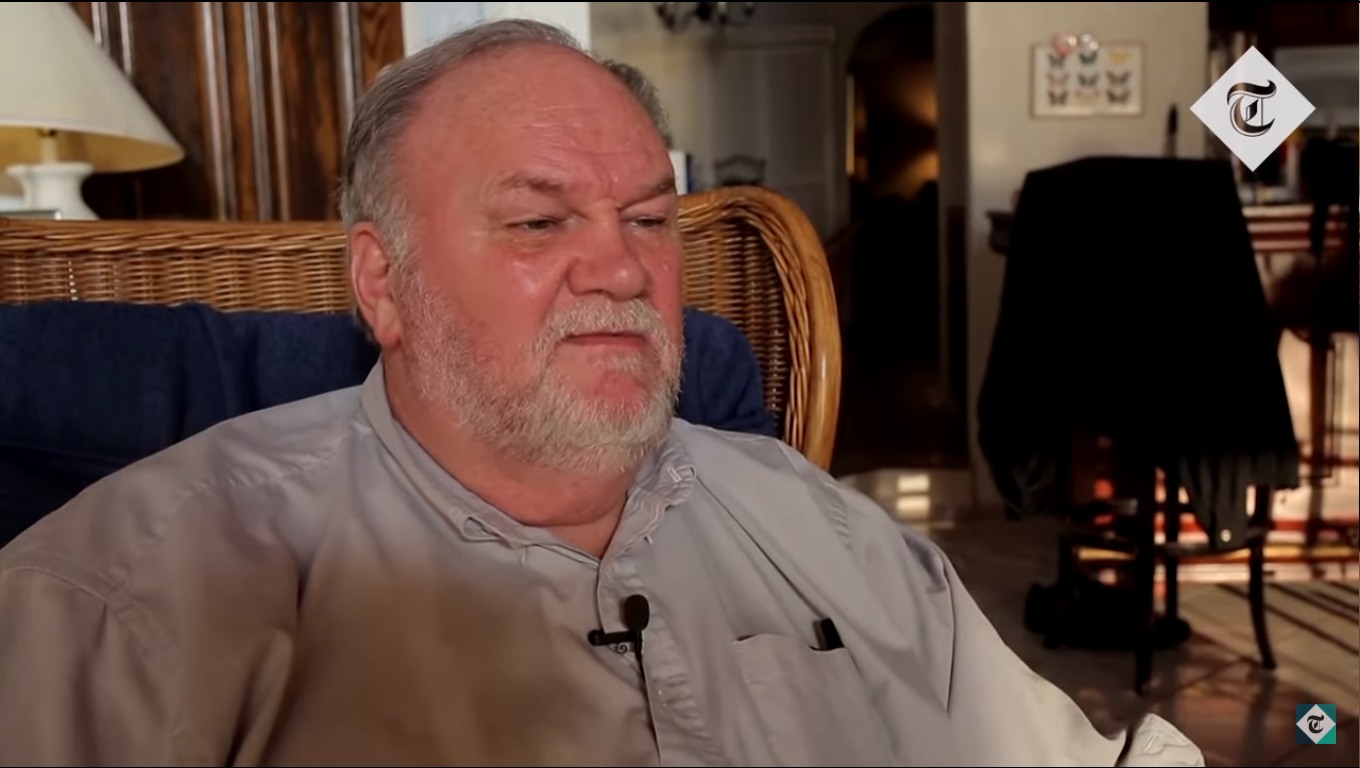 I basically first learned about Thomas Markle’s existence in the spring of 2018, in the weeks leading up to Meghan and Harry’s wedding. During all of the shenanigans with Thomas getting paid to stage photos, then faking a heart attack and then spending months selling interviews bashing his daughter, an image of Thomas Markle’s mental illness and his abusive tendencies began to form. For the most part, I’ve considered him a nasty old dirtbag who is highly suggestible, or a stone-cold sociopath who will just say whatever script is before him as long as he gets paid. But after reading these quotes from Ol’ Toxic Tom, I have to say… I’m profoundly and deeply disturbed by this man’s pathology. He is absolutely disgusting.

Meghan Markle’s dad has bragged about his plans to continue cashing in on her, saying “the royals owe me” — and telling his daughter, “It’s time to look after Daddy.” Thomas Markle, 75, admitted on an upcoming UK documentary that he is still making money off photos he staged with a paparazzo, even though they humiliated his daughter just days before her 2018 royal wedding — and that he lied to Prince Harry about his involvement.

“Absolutely. Those pictures will sell forever,” he told the doc, “Thomas Markle: My Story,” according to clips shared with the Mirror. Now the estranged dad — who has never met his royal grandson, Archie — has no qualms about demanding cash for interviews, including the one he was giving for the Channel 5 documentary, the report says.

“I’m going to defend myself and I’m going to be paid for it. I don’t care,” he told the Channel 5 documentary, the Mirror said. “At this point, they owe me. The royals owe me. Harry owes me, Meghan owes me. What I’ve been through I should be rewarded for.”

He said Meghan had always told him she would “take care of me” when he got older. “I’m in my senior years now — it’s time to look after Daddy,” he reportedly told the documentary team.

Still, Thomas felt like he was the victim when his daughter wrote him a letter about the pain his no-show caused her — one he later shared with the British paper the Daily Mail. He says he only did that after Meghan’s friends banded together to attack him in a separate story, according to the Mirror. “They dissed me, calling me a liar,” he said — in the same interview where he had just admitted lying. “Now it’s become an organized defamation of me,” he said. “So I felt I had to defend myself, so I published part of the letter.”

“At this point, they owe me. The royals owe me. Harry owes me, Meghan owes me… I’m in my senior years now — it’s time to look after Daddy.” I am so disgusted and horrified, I barely have words. I’m beyond arguing that the British reporters are giving Thomas Markle talking points. He actually really thinks this way. He really is this disgusting and abusive. And let Samantha or any of his other children “look after Daddy” you f–king psycho.

Screencaps courtesy of The Telegraph.

208 Responses to “Thomas Markle: ‘I’m in my senior years now — it’s time to look after Daddy’”

Pigeon and chihuahua are besties

How is season three of Sinner?