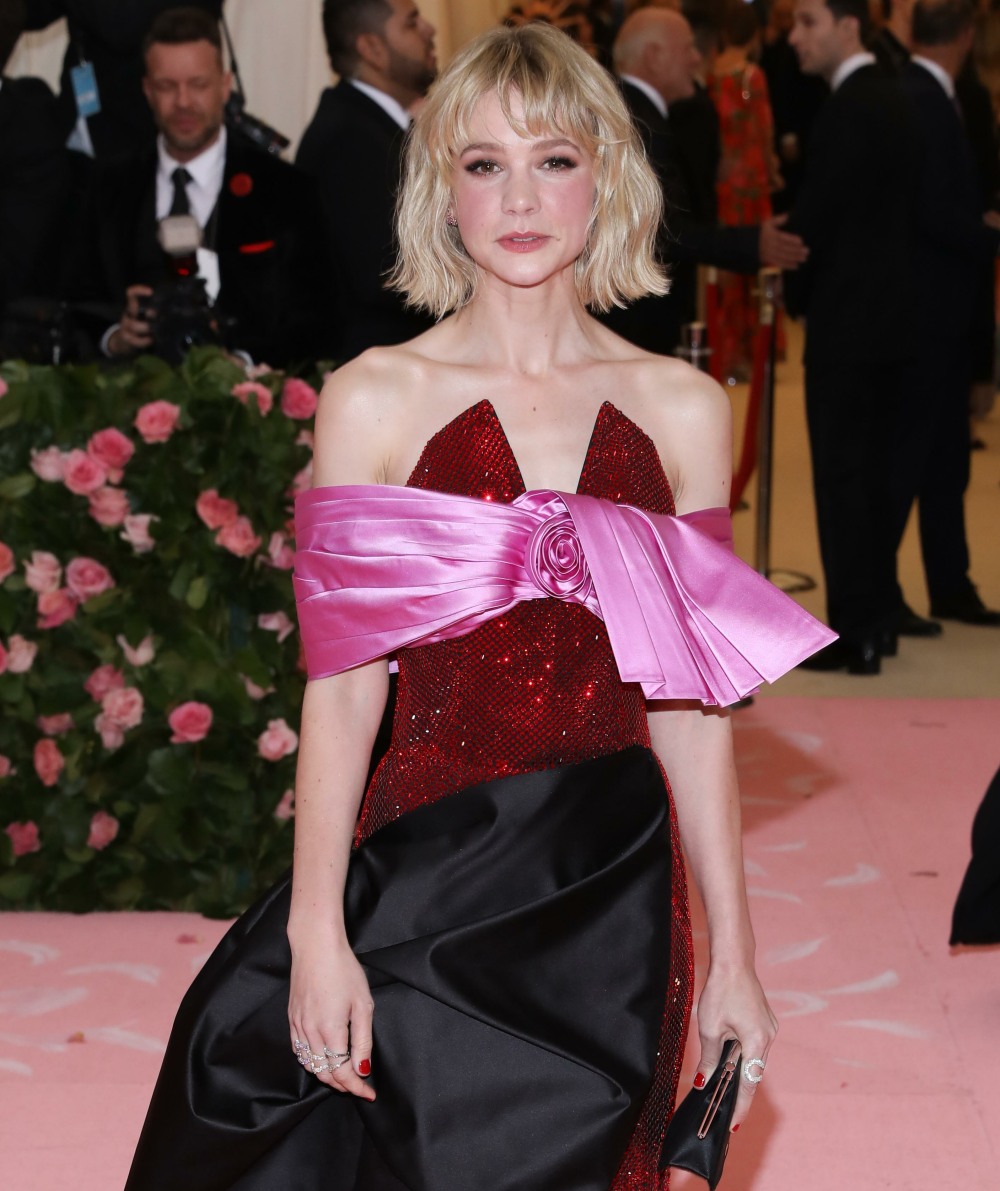 Carey Mulligan was at the Sundance Film Festival to promote Promising Young Woman, a revenge-fantasy film about a woman who “traps” men who intend to commit crimes on her body and then she gets her revenge on them… somehow. The trailer is a bit vague about that, but it looks like an interesting movie, and it was directed by a woman, Emerald Fennell. Carey chatted with Variety about her move to work with more female directors, and the state of Oscars So Bro, meaning… no women directors nominated for Oscars.

Carey Mulligan has made a conscious decision in recent years to collaborate with female directors, from Sarah Gavron (“Suffragette”) to Dee Rees (“Mudbound”). On Saturday night at the Sundance Film Festival, she’ll unveil “Promising Young Woman,” a thriller written and directed by Emerald Fennell, about a heroine out for revenge after experiencing a traumatic abuse.

“I’d never read anything like it,” Mulligan said during an interview at the Variety Studio at Sundance. “Reading it for the first time, sort of made me nervous in a really good way, in a way that makes me excited to be part of something.”

Fennell served as the showrunner for the second season of “Killing Eve,” and she’s making her debut as a movie director with “Promising Young Woman.” Mulligan was then asked about this year’s Academy Awards, which once again nominated five men in the best director category despite a banner year for films made by women.

“I don’t think you can watch those films and not think they deserve recognition,” Mulligan said. “I think they need to be watched. I wonder if the system works in terms of getting sent 100 screeners. Maybe you shouldn’t be allowed to vote unless you can prove you’ve seen every single one. There should be a test. The films that did get left out are indisputably brilliant.”

Mulligan elaborated: “I’m talking about ‘Hustlers,’ ‘Little Women’ and ‘The Farewell.’ I feel like the fact that they are getting made is progress. But it’s all baby steps.”

This is an argument made by Stephen King as well, that there’s no way to know if Oscar voters are actually watching all of the screeners or going to all of the screenings. As we saw a few months ago, there were significant complaints from producers that few Oscar voters (if any) were going to the Academy and HFPA screenings of Little Woman and Queen & Slim. So how can the nomination and voting process be “fair” if voters don’t even WATCH films starring women, directed by women, or telling stories with any kind of female narrative? Probably the same way those same bros vote in elections – they just pretend women don’t exist and vote for the most toxic bro. See: Smallhands, Donny.

22 Responses to “Carey Mulligan: The ‘Oscars So Bro’ problem is dudes just don’t watch the movies”