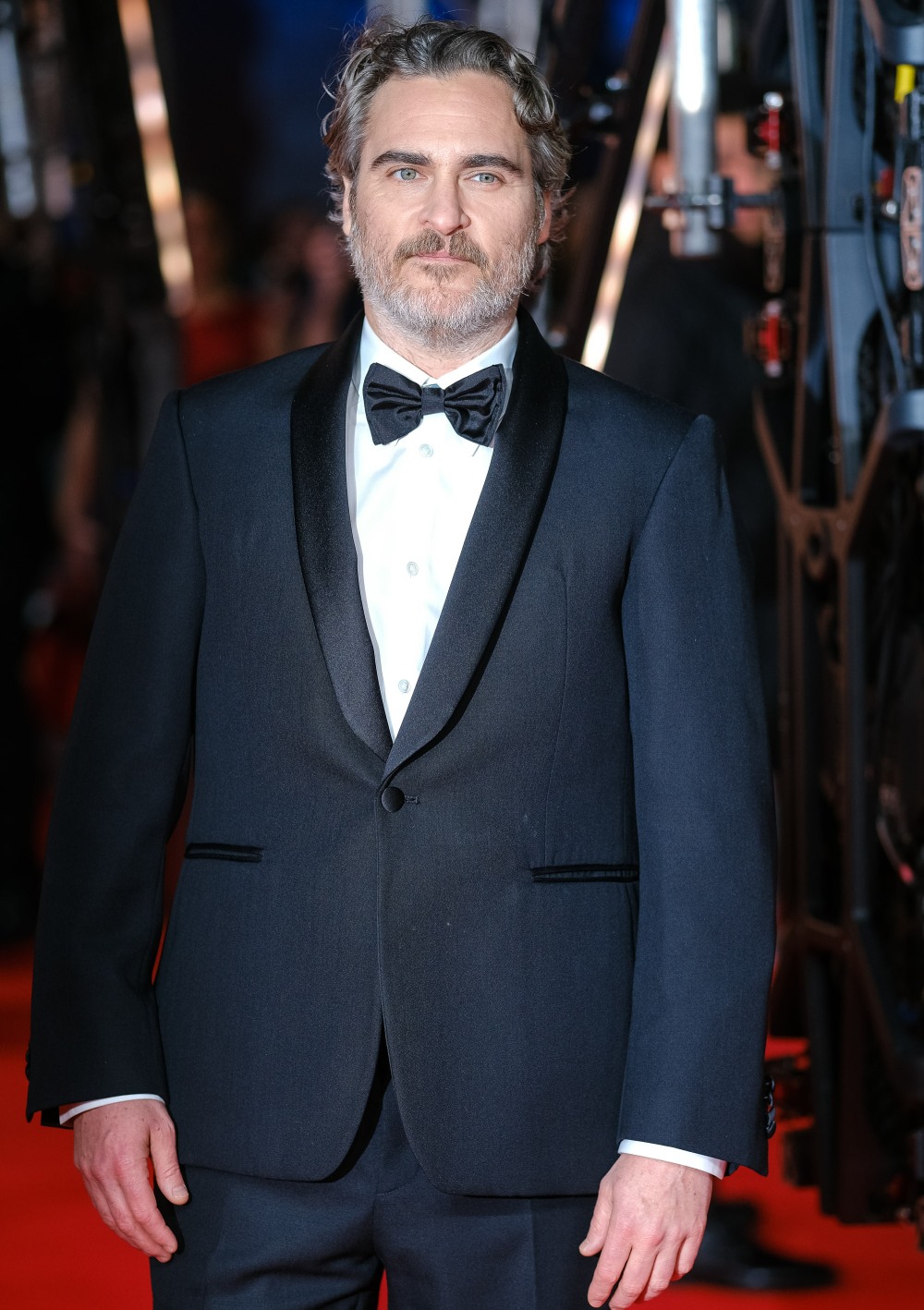 Joaquin Phoenix picked up yet another Best Actor award at last night’s BAFTAs. No surprise there, just as there are no surprises in any of the acting categories. As I’ve said before, Joaquin even seems to be playing the awards-season game this year, perhaps because he doesn’t want to be so grumpy, perhaps for other reasons. I theorized that Joaquin was leaning into the Bummer Oscar Campaign, wherein he uses the awards season to raise awareness of the issues he cares about deeply, like environmentalism, veganism, sustainability, etc. He’s made references to those issues at previous awards shows. But let me tell you… at the BAFTAs, Joaquin SNAPPED. And it wasn’t about veganism either. Bro snapped about white supremacy and racism in the film industry. He truly got up at the Royal Albert Hall and spoke about how it’s white people’s responsibility to dismantle the white power structures and white supremacy that infects everything. He told the audience:

“I feel conflicted because so many of my fellow actors that are deserving don’t have that same privilege. I think that we send a very clear message to people of color that you’re not welcome here. I think that’s the message that we’re sending to people that have contributed so much to our medium and our industry, and in ways that we benefit from. I don’t think anybody wants a handout or preferential treatment, although that’s what we give ourselves every year. I think people just want to be acknowledged, appreciated and respected for their work.

This is not a self-righteous condemnation because I’m ashamed to say that I’m part of the problem. I have not done everything in my power to ensure that the sets I work on are inclusive, but I think it’s more than just having sets that are multicultural. We have to do the hard work to truly understand systemic racism. I think it is the obligation of the people that have created and perpetuate and benefit from a system of oppression to be the ones that dismantle it. So that’s on us.”

I mean… on one side, Joaquin is winning awards for a movie which was exploitative of the “damaged white man” trope and how easily those damaged white men turn to violence (and are celebrated for it). On the other side, it’s a f–king starting point. I appreciate that he is properly ashamed of his lack of movement to ensure more diverse/inclusive films. I appreciate that he’s telling the white people in the audience “this is on US.” Here’s the video:

Meanwhile, here’s Joaquin Phoenix’s girlfriend/maybe-fiancee Rooney Mara in custom Givenchy. They didn’t walk the BAFTA red carpet together – they haven’t walked any red carpets “together,” but Rooney has always been there and they are very much together. At this point, I actually love the exquisite weirdness of Rooney’s style. This Givenchy is SO unsettling, but it works on her. And usually the “girlfriend of” a nominee isn’t going all out like this. Rooney doesn’t care. She wanted to look like this porcelain goth doll. 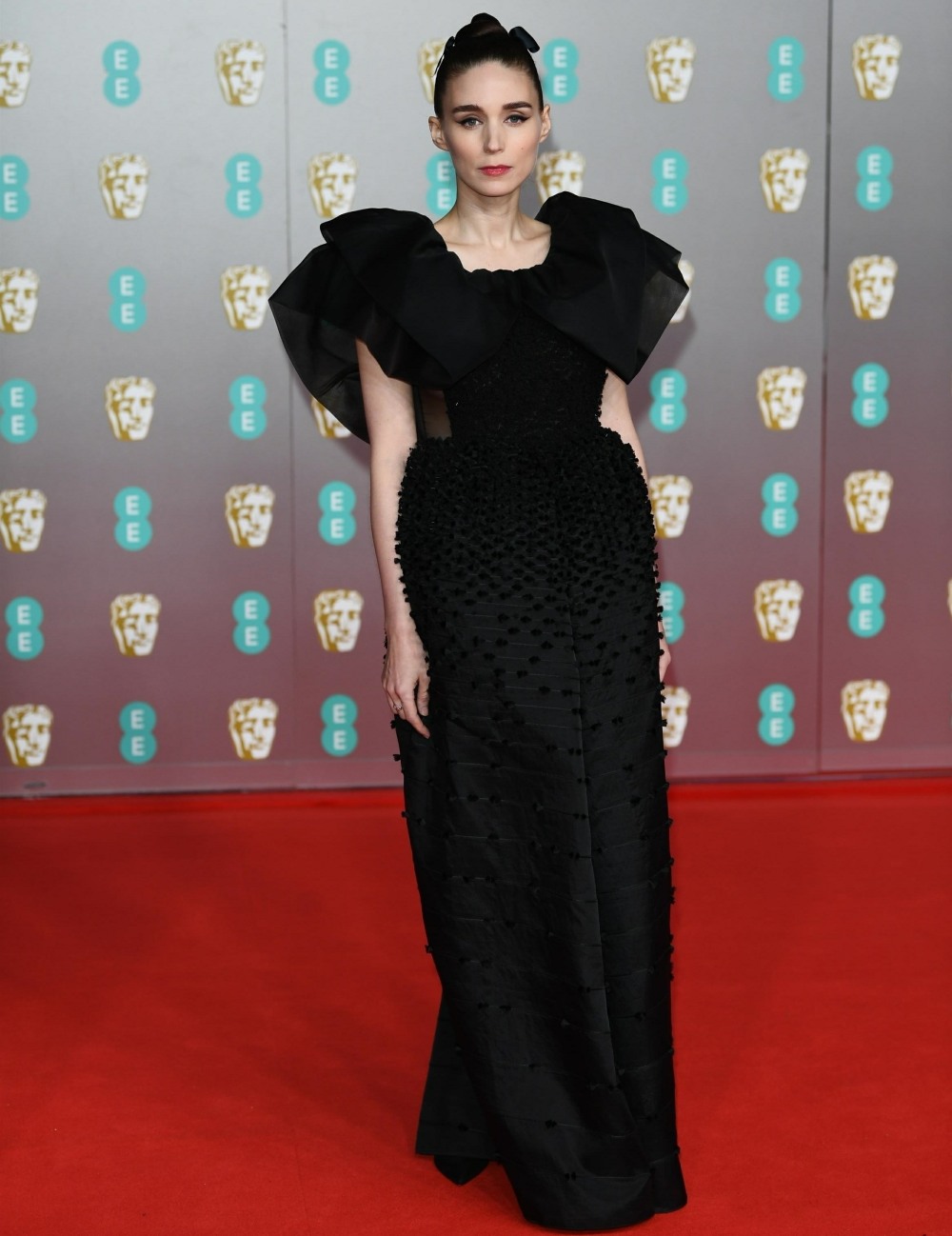