Zendaya and Jacob Elordi spotted out on a date together


Zendaya And Jacob Elordi Showed Some PDA On A Very Public Date In NYC https://t.co/tOzEXDOSTj

Some of you will remember that Zendaya and her Euphoria co-star, Jacob Elordi, sparked relationship rumors when he accompanied her on her 23rd birthday trip to Greece. Following that speculation, Zendaya and Jacob went about living privately, without anything much for the media to dine on. However, they were just spotted smoochin’ in New York City and once again we are asking ourselves, is this thing on?

Rumored couple Zendaya and Jacob Elordi have been in denial about their possible romance for some time now. The pair has adamantly denied any speculation of being together, but new photos of the two feature them looking quite cozy together. The two were spotted spending time in the Big Apple together when paps snapped a pic of Jacob sweetly kissing the Euphoria star on the head.

“They were showing each other things on their phones and laughing,” an eyewitness told E! News. “She seemed to be really enjoy being with him. At one point he reached over and kissed her on the forehead. She had a big smile on her face and was very comfortable with them.”

Later on during their afternoon outing, the source said Jacob snapped several photos of Zendaya with his camera. “They walked in sync and looked happy together. Zendaya couldn’t help but break into a big smile from time to time. At the end of their date, Jacob hailed a cab for them and got the door for Zendaya. She hopped in and looked over at him with a big smile again,” the eyewitness described.

Lots of looking at each other and checking out each other’s phones doesn’t give us much to go on, although I do love the note that Zendaya, “couldn’t help but break into a big smile from time to time.” Just, like, randomly? Were there dogs walking by? Was she in front of Bergdorf’s? Buzzfeed has more photos of this ‘date’ and all the ‘PDA’ reported but the “kiss” photos are few and far betwen.

I feel like we’ve been here before, though – playing photo assumption with two people who are very close, but refuse to confirm any kind of romantic relationship. Oh, that’s right, we have been here before, when Zendaya and co-star Tom Holland were hanging out. So, if history is repeating itself, we won’t ever truly know what the deal is with these two. We know Euphoria is getting a second season but so far, we know nothing about it. Technically, Zendaya hasn’t even been confirmed to reprise Rue, so we can only guess if Nate (Jacob) will be back. But the possibility of a ZenLord relationship would be great promo for the show. I’m not suggesting that’s their MO here, just that Zendaya isn’t going to tell us anything that she doesn’t want us to know. They’re enjoying each other’s company so I don’t think this will be the last we see of these two crazy kids together. 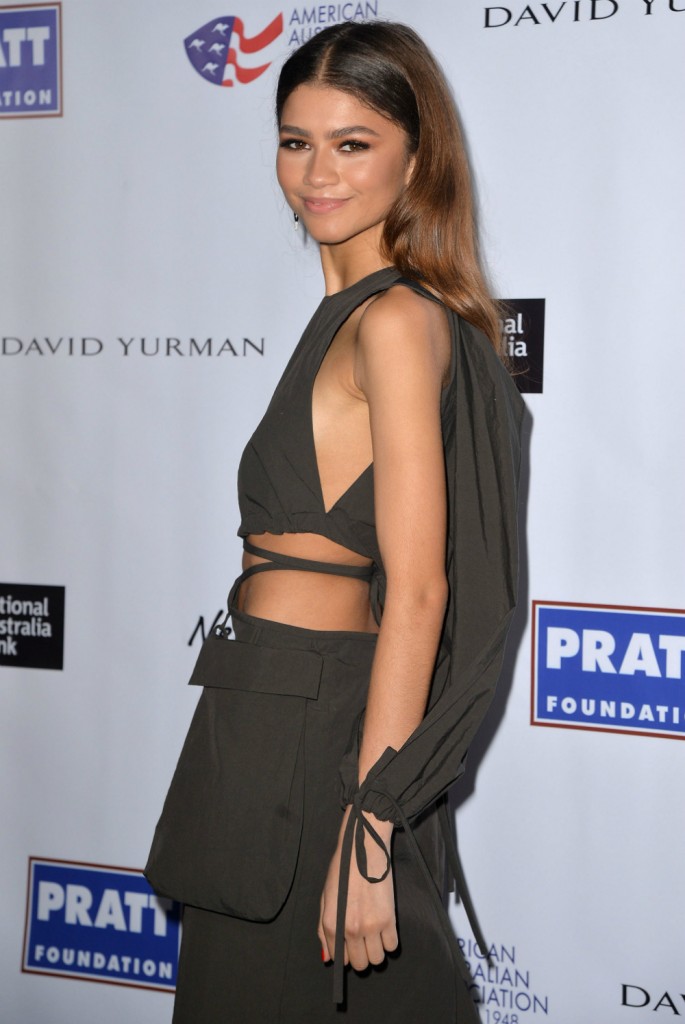