At the BAFTAs, Joaquin Phoenix curtsied to Prince William, who fanboyed ‘Joker’ 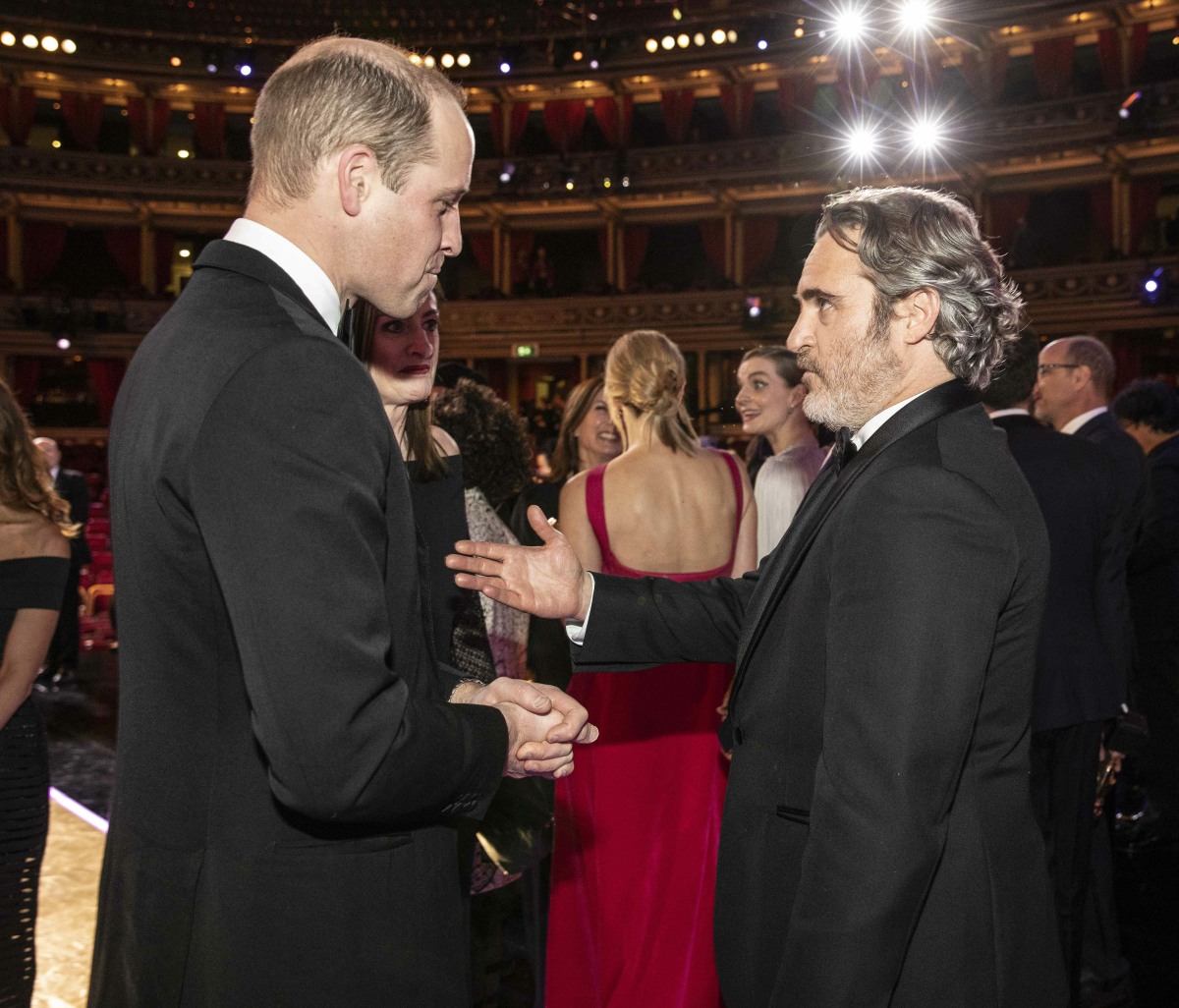 I know there was a lot of conversation about the Duke and Duchess of Cambridge’s appearance at BAFTA on Sunday night, and whether they were uncomfortable with some of the “jokes” made by Brad Pitt (in absentia) and Rebel Wilson. When I watched the edited version of the ceremony on BBC America, I honestly didn’t think they looked that uncomfortable. Maybe a little bit during Rebel Wilson’s bit. But it was like Laura Dern rang a bell and Bob DeNiro yelled “SHAME!” at them. Of course, the funniest part to me was that they stuck around after the ceremony and glad-handed a lot of the (gasp!) movie stars. They made sure to post a lot of photos onto social media of all of their glamorous, Hollywood-type adventures too, and nary a peep from all of the British tabloids, all of whom wept and screamed continuously about the fact that Meghan was an actress with friends in the actor community.

Anyway, one of the funniest interactions had to be the one between Prince William and Joaquin Phoenix. Remember, Joaquin gave a somewhat brilliant speech about dismantling white power structures when he won Best Actor. That came minutes before William came on to give his sad little struggle speech about how terrible it is that the BAFTAs are so white, and maybe someone should do something about it. So, William and Joaquin met after/during the ceremony. And Joaquin curtsied. OMG.

This is perhaps my favorite awards show moment from Joaquin. It’s not that I believe William deserves any kind of deference – he does not, especially from an American – but Joaquin is such a beautiful idiot. Phoenix doesn’t know what to do, so instead of doing a simple neck bow, he scrambled and curtsied. Bless. William was unfazed though – William was actually fan-boying Joker. Or as William calls it, The Joker.

Prince William wants to avoid any royal nightmares! After dazzling on the red carpet and taking their front row seats for the awards show, the royal and wife Kate Middleton met some of the stars at Sunday’s prestigious BAFTA event at London’s Royal Albert Hall. While chatting with The Joker star and best actor winner Joaquin Phoenix, Prince William admitted that he “put off” seeing the film after getting some warnings.

“Lovely to meet you,” William told the actor. “I absolutely loved The Joker. It was brilliant. I put it off and put it off before watching it, as people kept telling me ‘be careful when you choose to watch it.’ I’m glad I didn’t watch it before bed, but huge congratulations on an amazing performance.”

Phoenix also had praise for the Queen’s grandson, who pointedly addressed the lack of diversity in the awards nominations at the awards show. “Thank you for your speech,” the actor told him.

Joker wasn’t a scary movie at all? Trust me, I can’t watch scary movies and I watched this one night and I wasn’t freaked out at all. Honestly, Parasite freaked me out more than Joker! Parasite is the one that sticks in the back of your mind for days/weeks. Anyway, it’s so nice that after both white dudes gave big speeches about the need for more diversity in film, they could show the proper deference for each other. I guess. 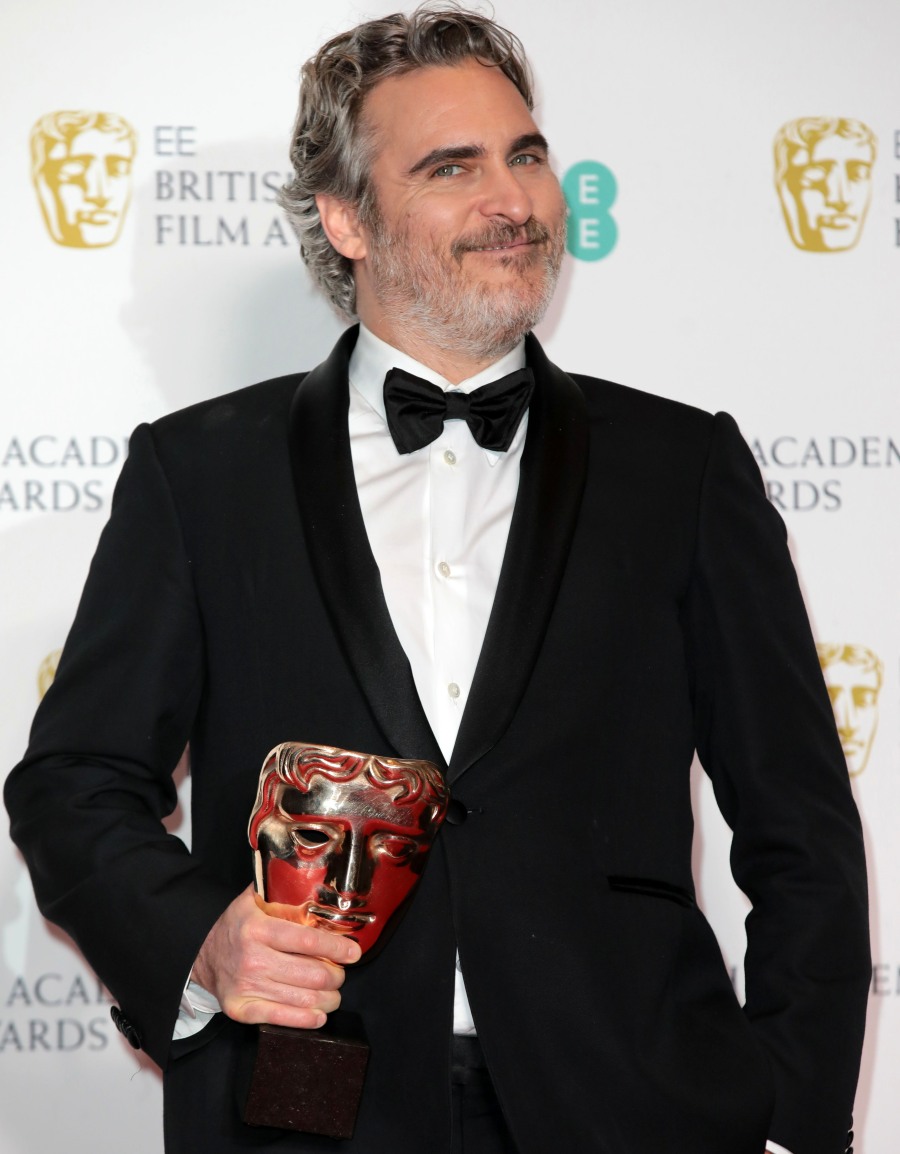 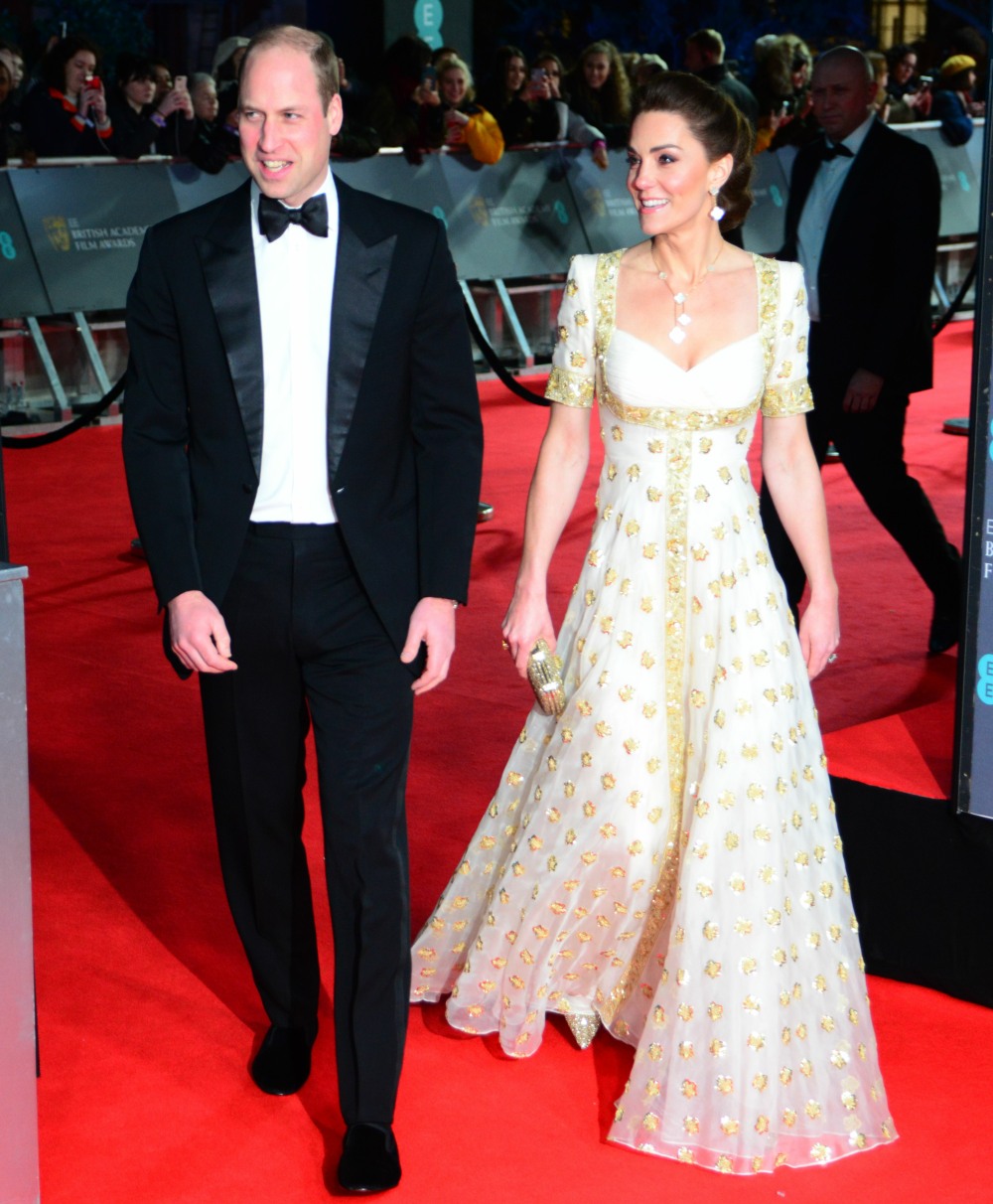 21 Responses to “At the BAFTAs, Joaquin Phoenix curtsied to Prince William, who fanboyed ‘Joker’”