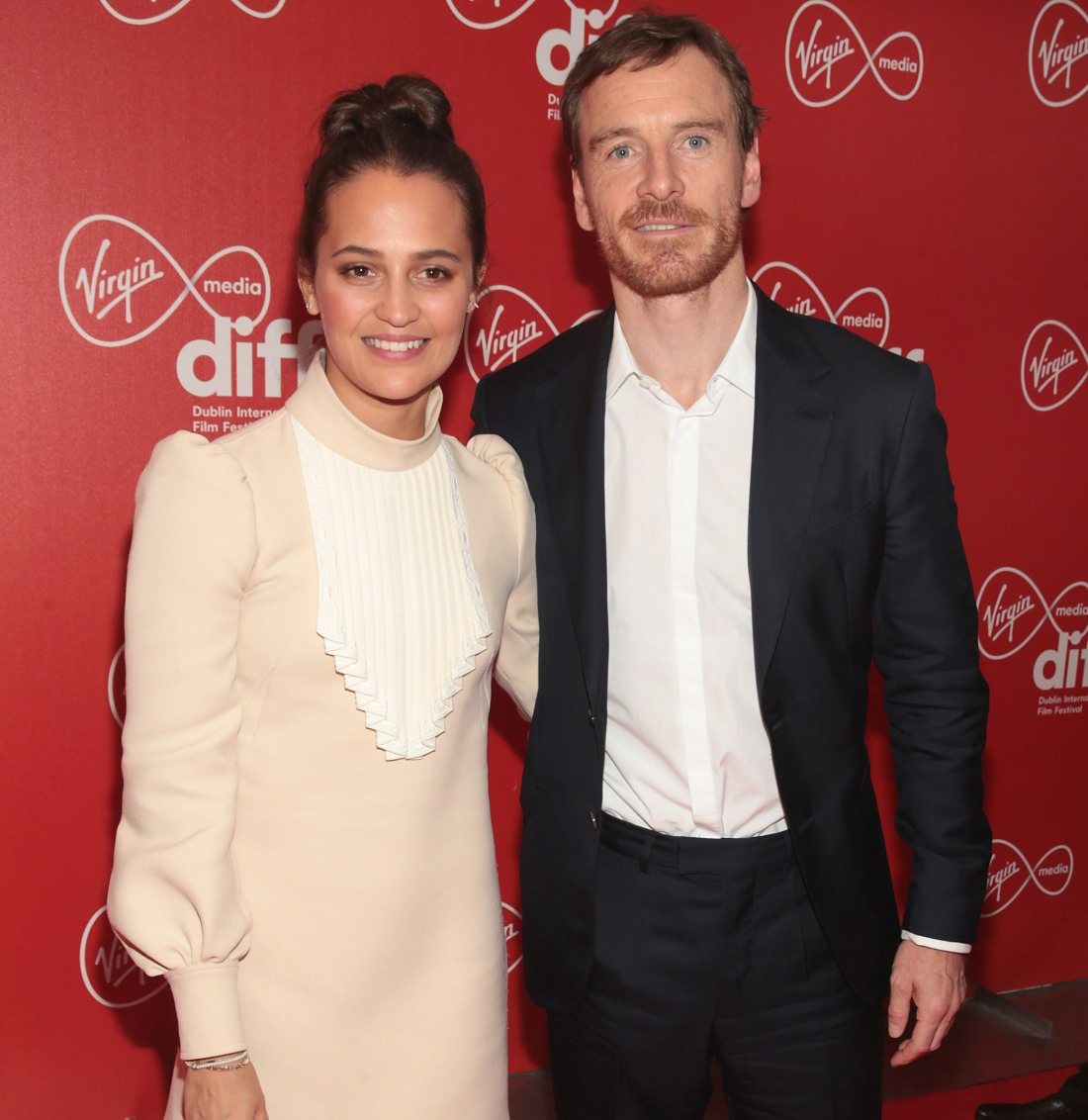 While we saw Michael Fassbender – briefly – last year while he promoted Dark Phoenix (the last of his X-Men contract, I think), we haven’t seen him out with his wife Alicia Vikander in a while. By my records, the last time they did any kind of event together was in spring 2018, the big Lara Croft premiere? And even then, they didn’t walk the carpet together as a couple, he was just there – posing separately – to support her film. So… this is a special occasion, I guess. Last night, Fassy and Alicia walked the carpet of the Dublin International Film Festival premiere of Calm with Horses. Fassy isn’t in the film, but he executive-produced it through the company he set up several years ago. He wanted to do more Irish films and films set throughout Ireland, so here we are. Calm with Horses is sort of a gritty crime story or something.

Vikander and Fassbender got married in Ibiza in October 2017. It was a lowkey ceremony and they didn’t release any photos, nor did the paparazzi get any good shots. That same year was when they basically moved full time to Portugal as well. Back then, I thought it was just some stupid plan that they would outgrow in a year, when they got bored. But they really did go away, and they fly under the radar most of the time these days. Alicia pops up at Louis Vuitton fashion shows (as she did last week) because she’s still a brand ambassador, but Fassbender has really just…done a disappearing act. He was once considered the most promising actor of his generation, and now he’s got a film in post called Kung Fury 2 with Arnold Schwarzenegger. He got an Oscar nomination just four years ago, what the actual f–k. 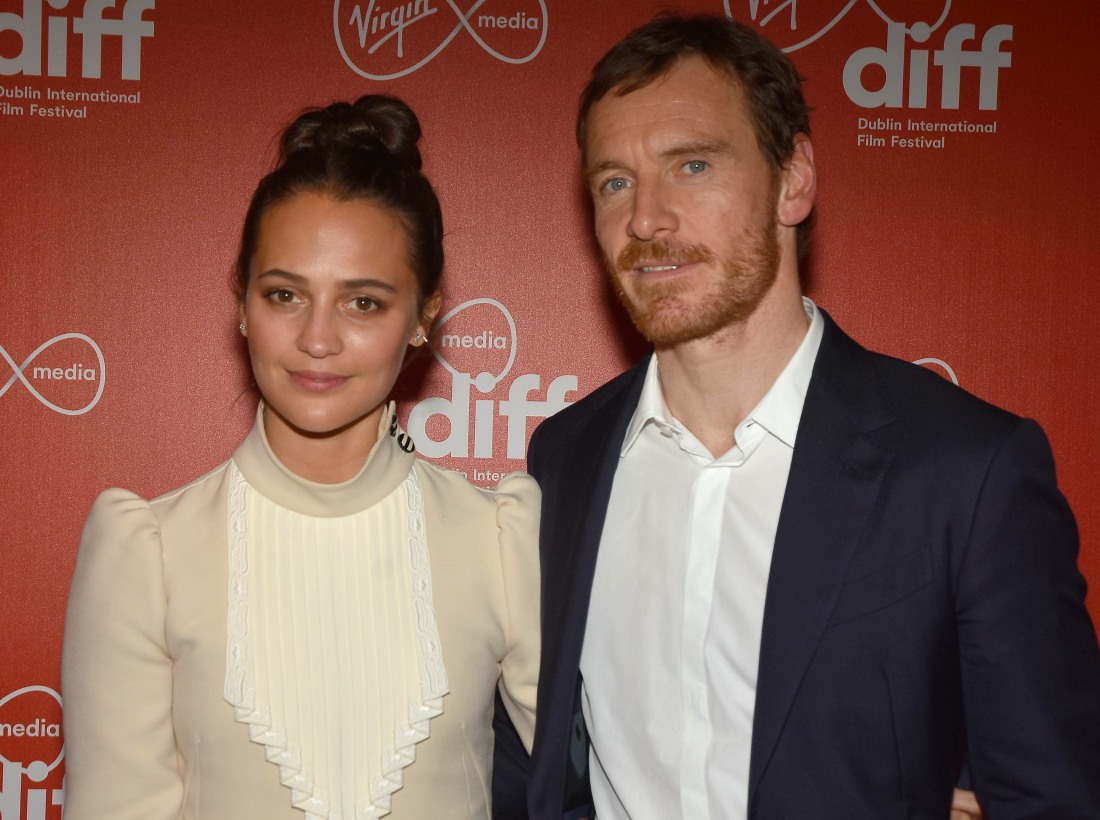 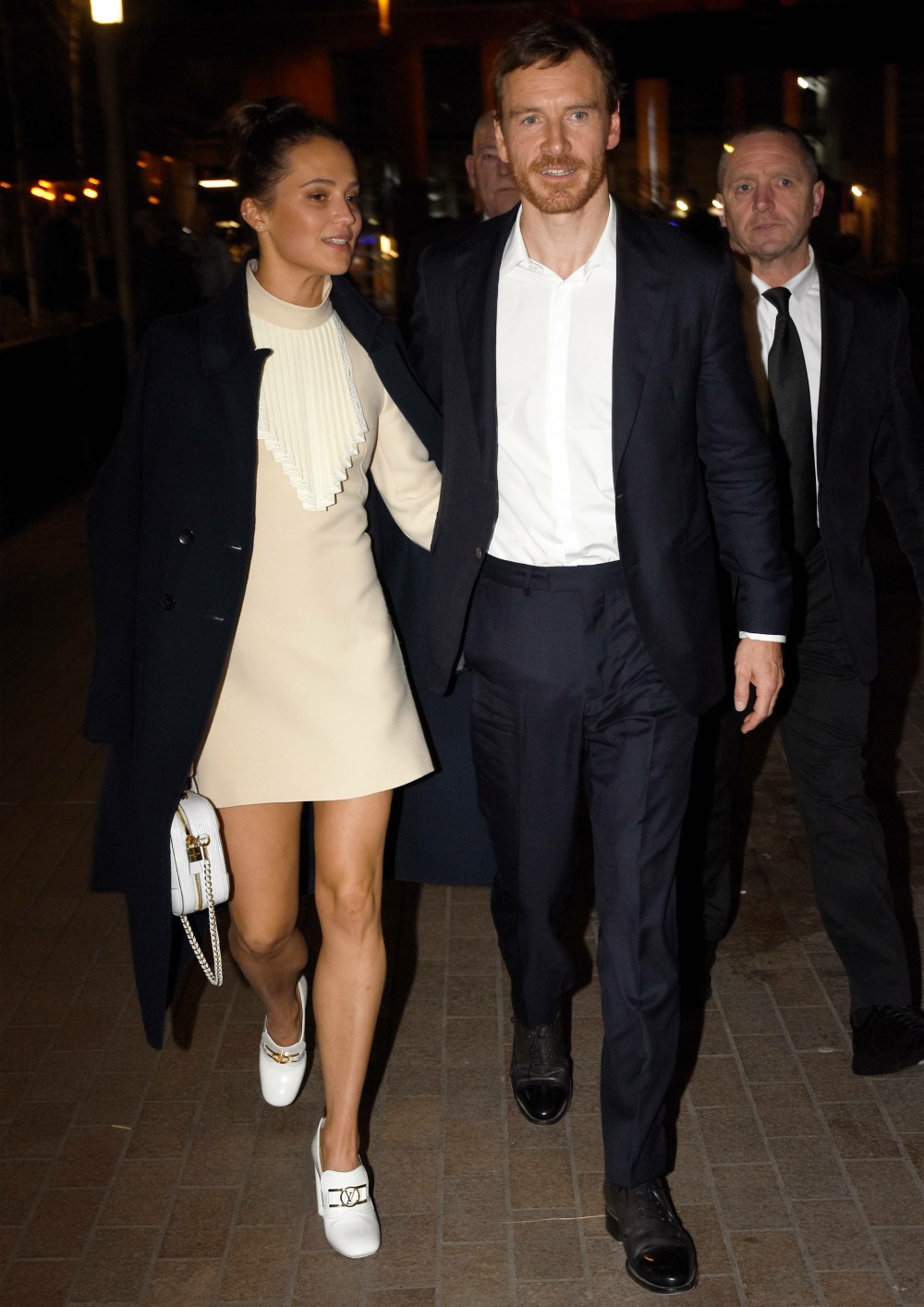 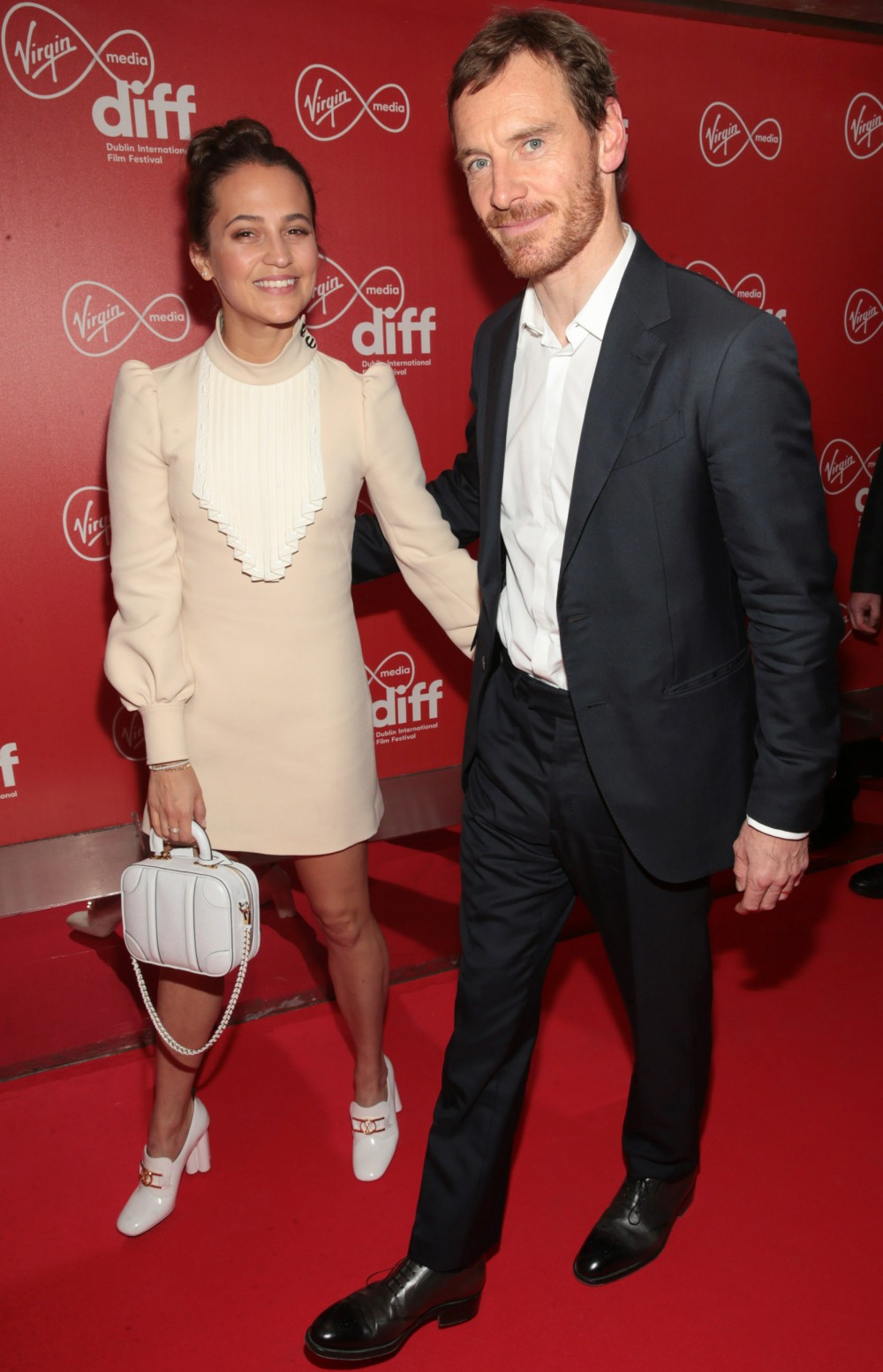