Ice Cube studied architectural drafting as NWA was touring, wanted ‘something to fall back on’ 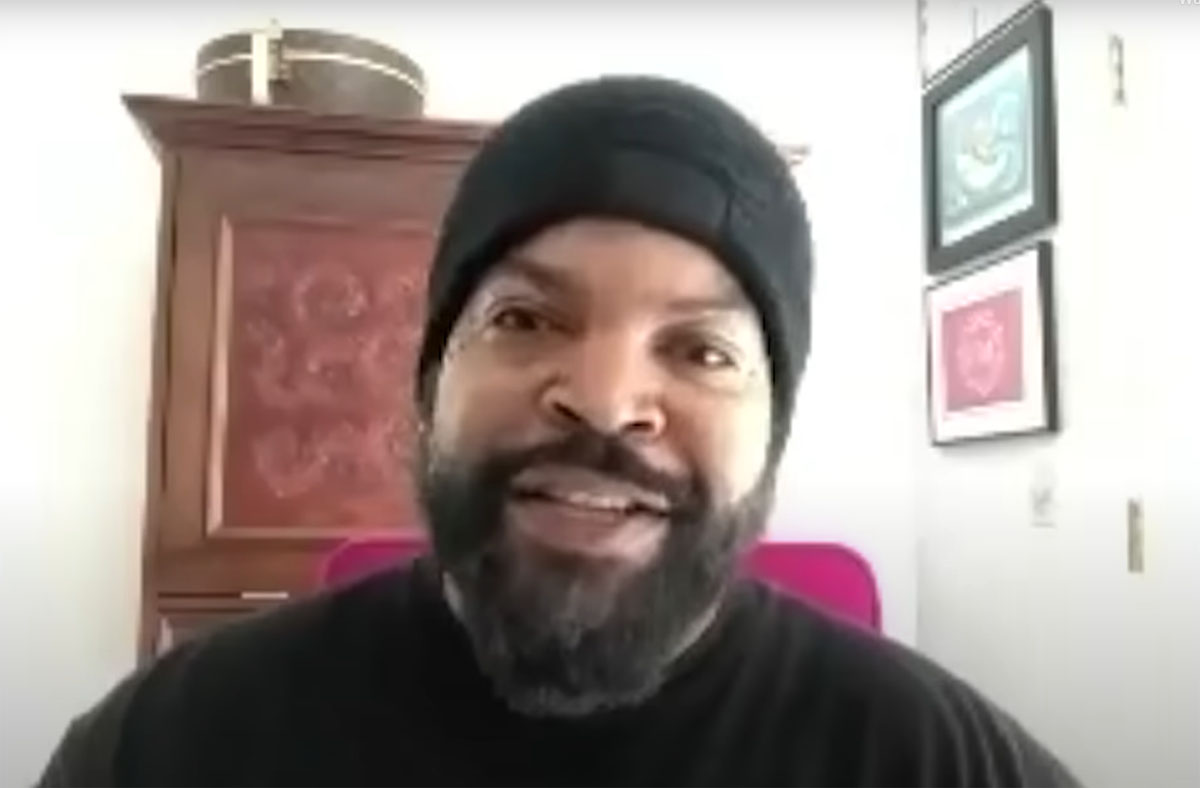 I really enjoyed Ice Cube’s interview with Seth Meyers last week. He tells great stories and his life is crazy interesting! Seth kept giggling and it was infectious. Ice Cube is starring in The High Note (you can see the trailer here) as a manager to Tracee Ellis Ross’ diva musician character. It’s out on demand May 29th and it also stars Dakota Johnson. Ice started out talking about his current life in lockdown with two of his adult children, aged 19 and 26. He’s making them get outside and help him around the house and said he’s the one being annoying to them. He also talked about how he got his start rapping, he was taking a typing class and used to fill time by writing raps. He recited the first line he wrote too. Then, when NWA was getting their start, he split time between going to school in Arizona for architectural drafting and touring in California! If you know Ice Cube, you’re probably familiar with this, but it was news to me. Here’s some of what he said.

On playing the type of manager he’s met before
I’m managing a diva but I’m more of a diva than she is. I’ve seen those guys a lot, the managers who act like they’re the stars and dress more flashy than stars. It was cool to be able to jump into that role. I know those kinds of managers. [Other types] are father figures who end up screwing you in the end. There are probably 12 more types of managers, just like zodiac signs.

“You wrote your first rap in typing class?”
9th grade I was late getting my electives and I ended up stuck with typing. I thought I would hate it. Little did I know I would use this for the rest of my life. The first rap I ever wrote was “My name is Ice Cube and I want you to know, I’m not Run-DMC or Curtis Blow.”

You went to trade school for a year in Arizona while you were in NWA?
We didn’t know [our] kind of rap was going to be successful. I [knew] I had to have something to fall back on. The day I was leaving to go to Arizona, Dr. Dre stopped by, trying to get me to stay. [I went anyway.] For a whole year I was in architectural drafting, learning how to draw houses and structures.

You would go from school to NWA shows back in LA [on the weekends]
Southwest I think they had a $2 airline ticket. I would fly back every weekend, every Friday after school, come back to LA. Sometimes we would have shows all up and down the West Coast.

I didn’t know about Ice Cube’s typing origin story or how he got a degree in architectural drafting as NWA was touring, but it’s part of his Wiki bio so I’m sure the story was out there before. The part about how he’s driving his kids crazy was so relatable to me. My 15-year-old is with me and I have daily tasks for us to do around the house. He’s getting good at it and is starting to do things like clean up and put dishes away without me asking, so that’s a silver living. If we were still living our regular out-of-the-house lives I wouldn’t be teaching him as much about doing laundry, cleaning and cooking, which are all important life skills.

I actually had Ice Cube on my Mother’s Day card! My son knows I love my Impala and 90s rap and so he found a photo of Ice Cube with his classic ’64 Impala to print out and write a little card for me! It really touched me actually. (I scout stories to write ahead of time on Monday so I had already half-written this story when I got it too.)

Ice Cube is also selling t-shirts with all proceeds to benefit first responders. You can see them here.

Here’s that interview in two parts. His background story is in the second video.

Let’s help the real Heroes. 100% of the net proceeds from these custom “Check Yo Self Before You Wreck Yo Self” t-shirts will go to the frontline healthcare workers. Pick one up at the link in bio.

11 Responses to “Ice Cube studied architectural drafting as NWA was touring, wanted ‘something to fall back on’”