Matt Lauer feels ‘betrayed’ by Savannah Guthrie, who still refuses to speak to him 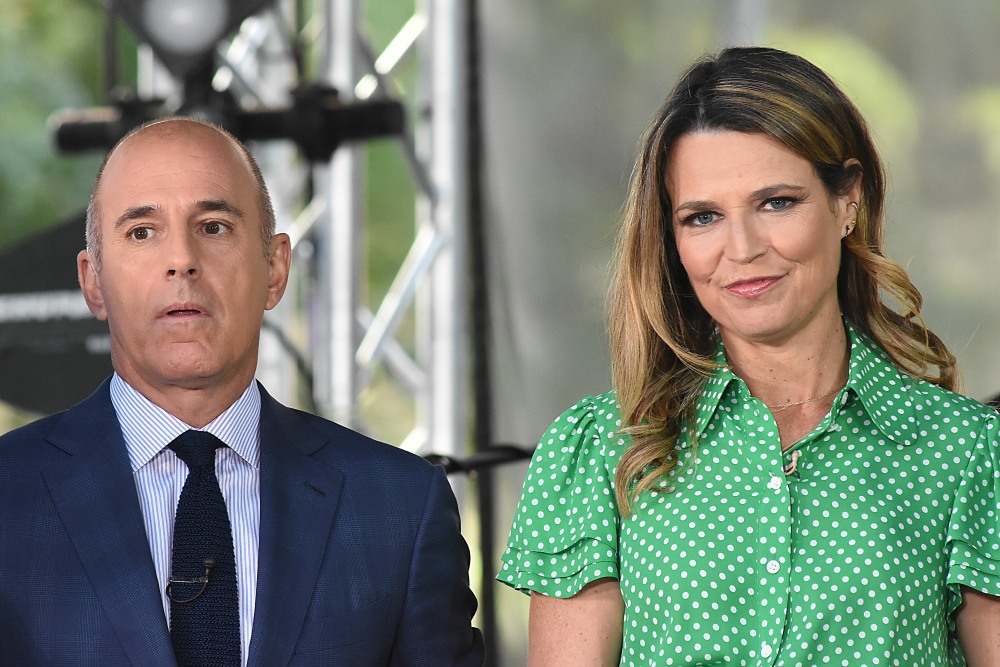 Matt Lauer’s most recent reentry into the public sphere has been awful. I’ve been binge-watching Hannibal (the series) and I think I can safely diagnose Lauer as a sadist with narcissistic personality disorder and he’s likely a borderline psychopath. I feel content with that diagnosis too, because why else would he be trying to force the “Ronan Farrow has no credibility” issue like he forced himself on so many coworkers and interns? As it turns out, Lauer isn’t *just* mad at Ronan Farrow. Lauer is also enraged by all of his former colleagues failing to cape for him and take his side. Especially Savannah Guthrie, the younger co-anchor he hand-picked after he got Ann Curry pushed out.

Matt Lauer feels most betrayed by former colleague and friend Savannah Guthrie after rape claims were made against him, a source exclusively reveals in the new issue of Us Weekly. The disgraced Today coanchor, 62, “was especially upset” with Guthrie’s reaction after Brooke Nevils — the former NBC staffer whose complaint led to his firing in 2017 — came forward with more details, says the source. (At the time, Guthrie had called the news “shocking and appalling” on air.)

Guthrie, 48, is not interested in patching up her friendship with Lauer either. “She refused then and still does to this very day to listen to what Matt’s got to say,” continues the source. “From the second the story came out, he feels Savannah jumped on the opportunity to bury him. It’s a betrayal in Matt’s eyes.”

Things have gotten so sour between the two that “now neither can talk with mutual friends without bringing up the other’s name,” adds the source. “It’s gotten pretty bad.”

Imagine being accused of multiple rapes and assaults and creating a general atmosphere of misogyny and harassment and knowing there is plenty of evidence and testimony of all of it, and then imagine being mad about people “jumping on the opportunity to bury you.” Such is Matt Lauer’s fate. He thought he was so all-powerful that all of the dumb broads he hand-picked with shake with fear before they ever wrote him off. He thought his career coup de grâce would be cataclysmic in the media world. Turns out, it was just a whimper. And I like Savannah more now that I know she’s written him off. Good for her. 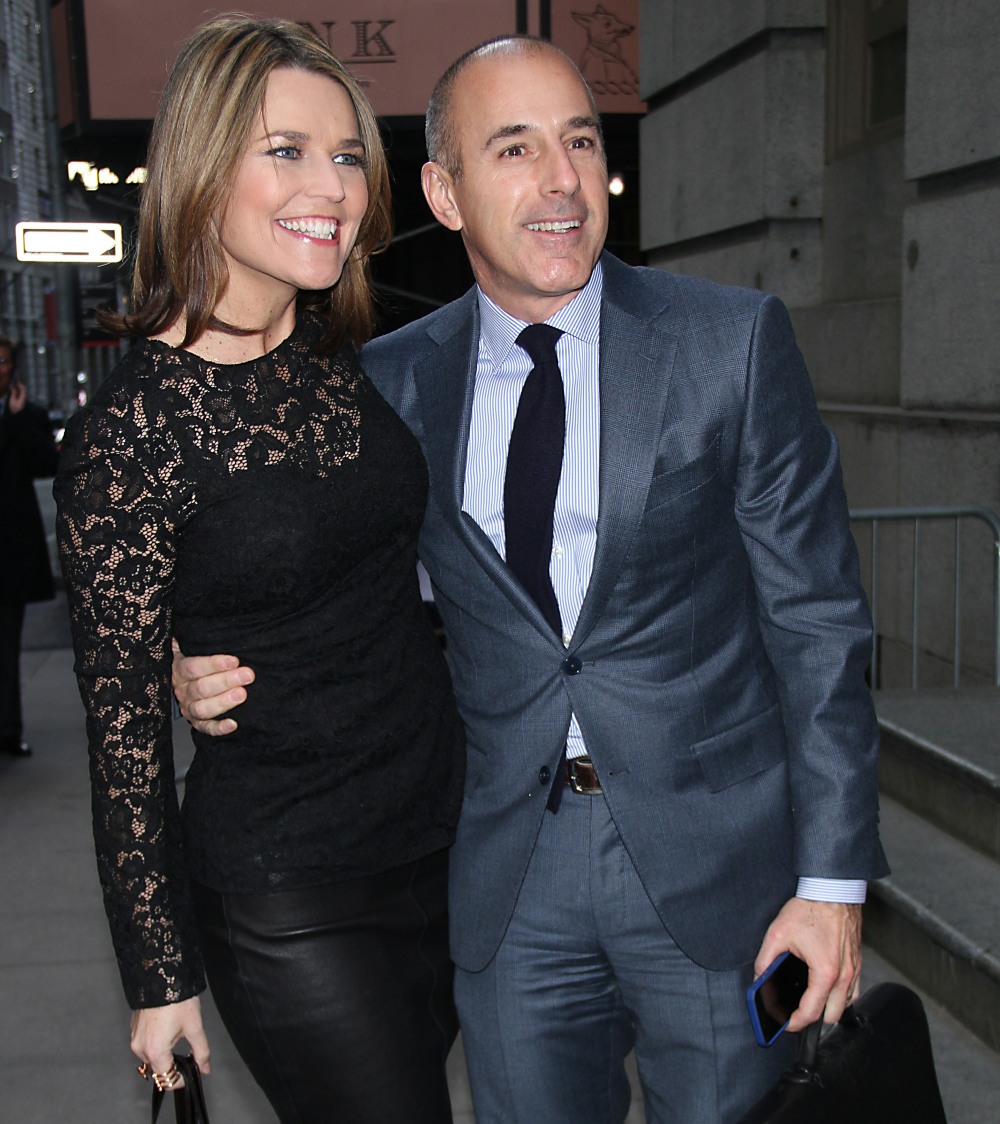 30 Responses to “Matt Lauer feels ‘betrayed’ by Savannah Guthrie, who still refuses to speak to him”