When I first heard August Alsina’s new song with Rick Ross, “Entanglements,” (that song is in the YouTube below) I could have sworn I heard the name Jada! It turns out that the line is “Jaded by her beauty,” but they absolutely knew what they were doing with that. Of course the title is a reference to Jada Pinkett Smith’s Red Table Talk with Will revealing her “entanglement” with August. Celebrities think their relationships are so unique they invent new words for them. The song is fun to listen it, it sounds like many other songs, but it feels unfinished like the voice tracks aren’t loud or mastered enough compared to the music. The lyrics reveal more about August’s relationship with Jada, and they’re juicy. (If you’re not familiar with the backstory to this, go here for it. I’m assuming you know all this already.) Anyway there are of course multiple references to Jada, including that “Jaded” lyric and lines about The Matrix and Tupac, whom Jada was friends with growing up in Baltimore.

Shawty leanin’ on my shoulder, got her questionin’ my willpower
Jaded by her beauty, but her reputation real solid
Mornin’ down the hallway, I can tell you how I feel about it
Caught up in the Matrix, and I doubt if I can get up out it (Come on, come on, huh)
Livin’ like there’s no tomorrow, met your boy with open arms
Tell you all my darkest stories, promise that you won’t depart
Keys to over forty cars, left me with a broken heart
Still I gotta get around, favorite artist was Tupac
Watch a movie, then we freak it
Tangled up, I’m gettin’ deeper (Yeah)
Do this shit like every weekend, guess I’m just her little secret (Come on, come on)
Entanglement is when a man’ll lick until you tremble (Huh)
Saddest part is I still love you, just to keep it simple (Biggest)

You left your man to f-k with me, just to pay him back
Don’t you know that’s cold hearted?
Once you gone, no comin’ back
Girl, you f-kin’ with a youngin’, I be doin’ sh-t you like

August said some of this in his first interview revealing his relationship with Jada, that she broke his heart and that he was deeply in love with her. The line that’s most telling is this one: “You left your man to f-k with me, just to pay him back.” So this means that Will was the one who was stepping out first, right? So much for Will playing the victim. We talked about this story in the latest Gossip With Celebitchy podcast, #59, and that’s around minute 22. We also excerpted a segment from our Zoom meeting this week where we talked about it. My friend Zakia called it! She said, in part, that Will was “just mad Jada’s dirt got out there” and it was all about Will being embarrassed because he has sidepieces too. Karen also made the point (that’s not in the podcast) that Will makes family-friendly movies and has to play the victim so he can protect his image.

Meanwhile August did an interview with Vulture where he talked about his battle getting a diagnosis for Guillain-Barre syndrome, it sounds awful, and about his relationship with Jada. He’s really upfront and he wears his heart on his sleeve, like we saw in his interview with Angela Yee. He repeated some of his comments about the perception of his relationship with Jada, and how that affected him professionally. He said that’s why he went public with the relationship:

Why he went public with his relationship with Jada
Over time, I was expressing my love externally and outwardly, and when you are in a situation, and you super in love, it’s like, f-k it. I don’t care what anybody thinks. This is just how I feel. But once I got to step out of it and step outside of it, there would be people bringing how I looked to my attention. People looked at me as this problematic guy who was super reckless, like I’m pushing up on someone’s wife. I didn’t really like that. I didn’t like the sound of that, especially when it wasn’t the truth. I think because people didn’t have the truth, it allowed them to view me and my character a certain type of way. And that started to really eat at my soul, but deeper than that, it started to f-k with my partnerships and business relationships and money because of people seeing me as this reckless guy who’s, like, publicly announcing his love and pushing up on somebody’s wife, quote, unquote.

That’s really the only reason I felt the need to speak my truth. A lot of those people in partnerships came back around and apologized like, “Oh, I’m sorry, my bad. I really didn’t know.” But yeah, you’re absolutely right. I never talk about my relationships cause I don’t think it’s important. But my livelihood is important, because I have three kids to take care of now, and I didn’t like how that started to tamper with my life and finances.

He doesn’t mind the word “entanglement”
I don’t know why that word is such an issue. I would agree [with Jada]. If you look up the definition of “entanglement,” it is a complex and difficult relationship. It was exactly that. I think it’s just the language that probably stuck out to people. But I definitely have to agree with it being an entanglement. It definitely was something complicated, a complicated dynamic.

The three kids August is referring to are his late sister’s daughters, who were orphaned when she passed away from cancer. He lost his brother to a car accident a couple of years before that. He’s really gone through the ringer with his health and with such terrible losses in his family.

August is not entirely a sympathetic figure. Earlier in July he lashed out at Keke Palmer on Twitter after people questioned Keke about a photo with Alsina. Keke was really reasonable and matter-of-fact, saying they were never together. August got weirdly defensive about it and text-yelled at her, saying she could never get with him and that she tried. He’s not very emotionally mature, to quote Karen again. (We gossip a lot!) He made this tweet, left it up and continued attacking Keke (E! has more details on this). Keke’s response to August’s entire rant was essentially to say “it’s not about me,” and it was very staid and well stated. You can see her post about that here.

August talks a good game about Jada, but this says a lot about his personality. Vulture asked August about his beef with Keke and he talked around it, saying he wouldn’t get into it, there’s more we don’t know about, and that it takes too much of his energy to talk about it. He just knows Keke has the upper hand.

U absolutely right.I was NEVER ur man. 🤨You could possibly never shortie. It seems u mad u got curved, but ur “friends” r the reason 4 that.Dey showed me an endless thread of txt/pics of me dat u sent, wrry’d abt who i date &BEGGED me 2 not further disturb ur mental instability. https://t.co/8JATP8RVlA 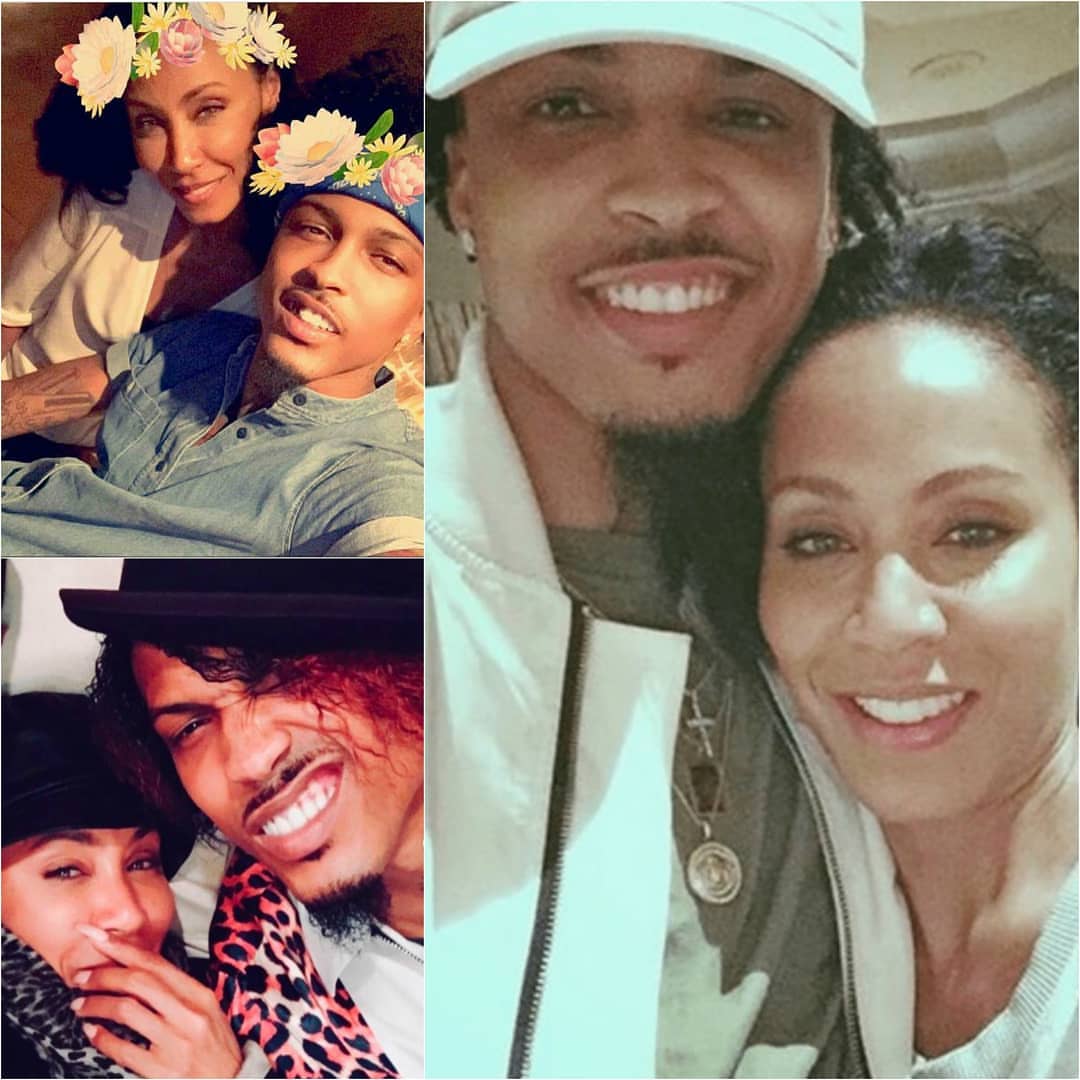 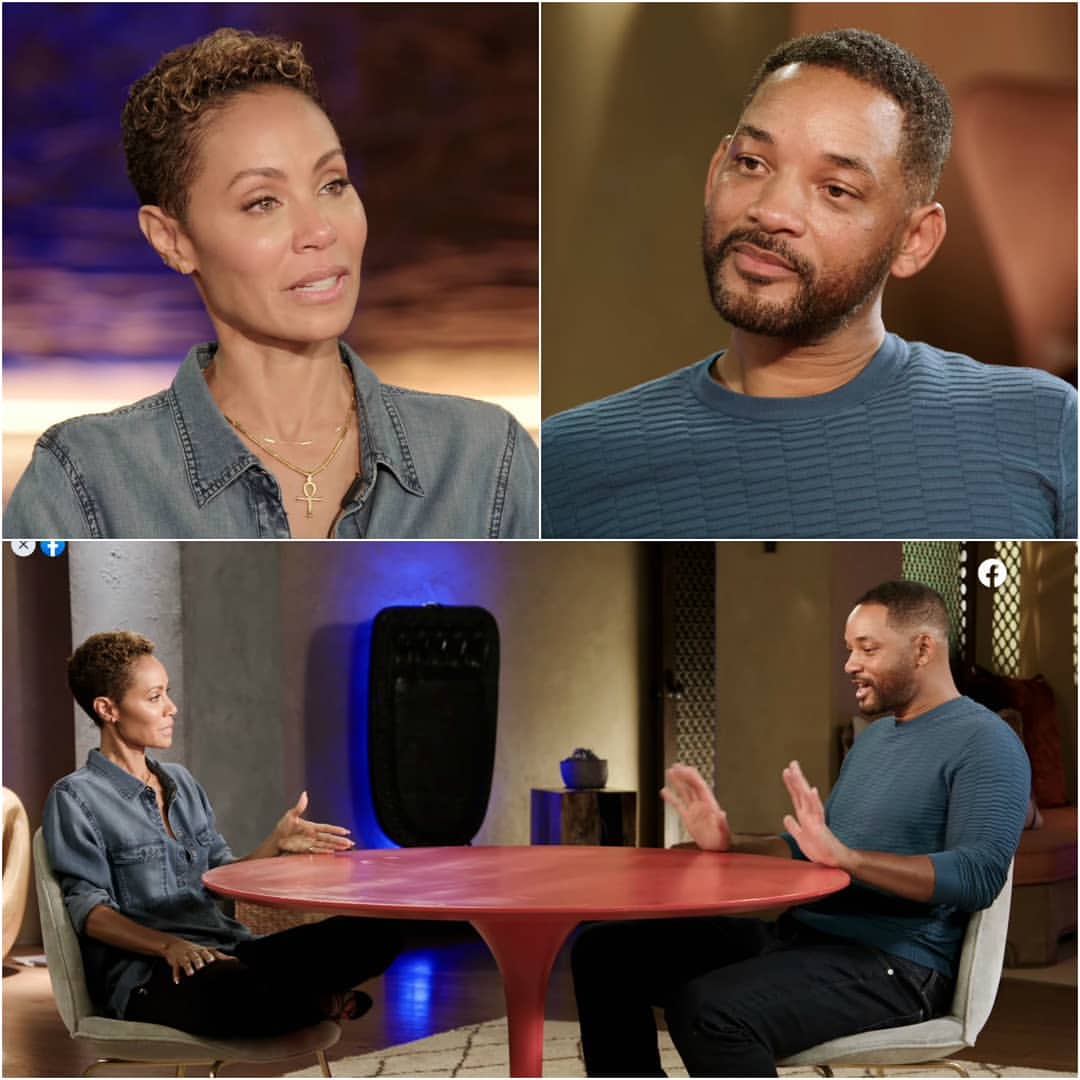