August Alsina, 27, says he was with Jada Pinkett Smith & Will gave his blessing 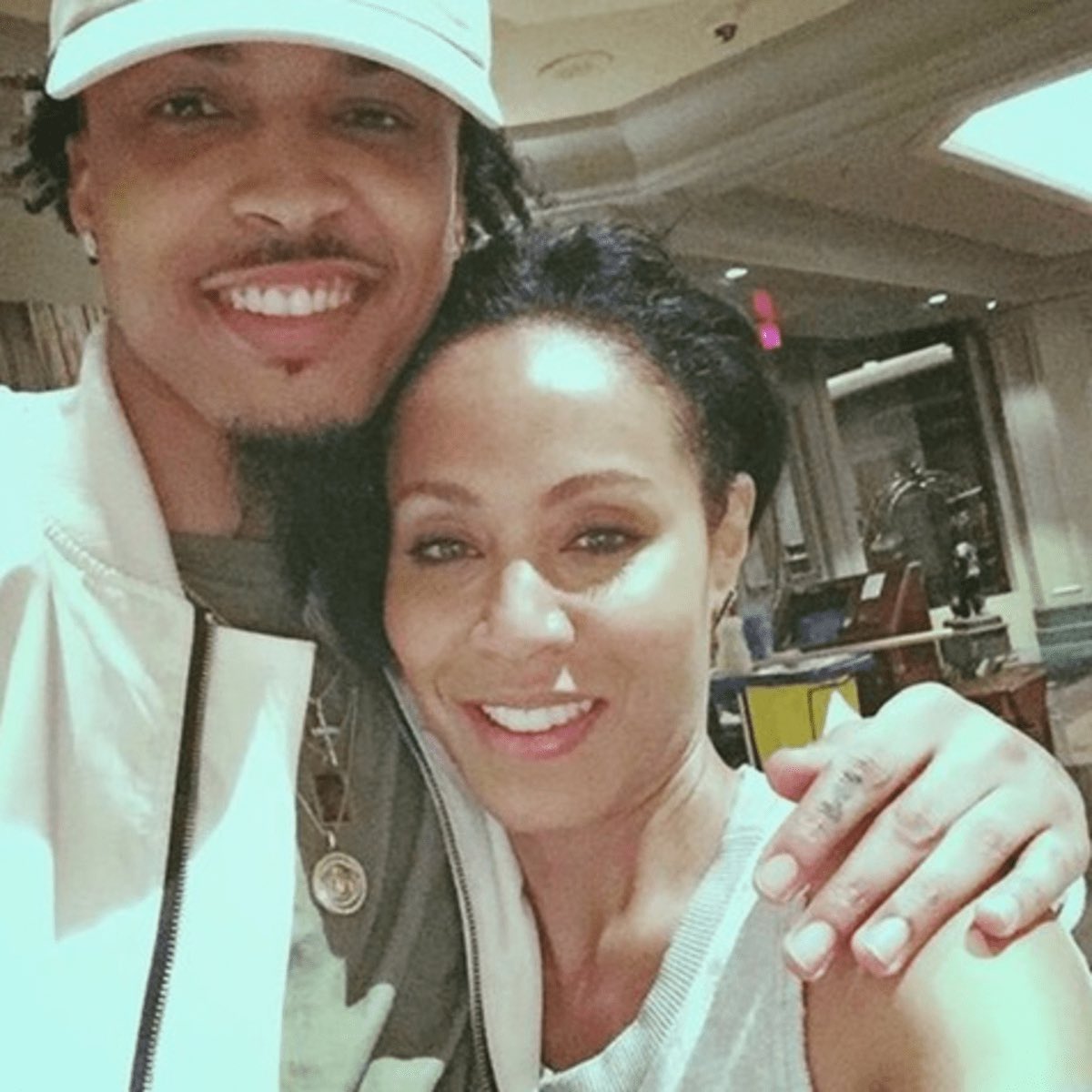 August Alsina is a musician and friend of Jaden Smith and the Pinkett-Smith family. He’s 27, and he has a new interview with Angela Yee of “The Breakfast Club” show in which he revealed that he had an affair with Jada Pinkett Smith, 48. He claims that Will gave him his blessing to date Jada. (We’ve heard for years that the Pinkett-Smiths have an open marriage, both Jada and Will have hinted as much, and in 2018 Will said they call each other life partners, and don’t refer to themselves as married.) I watched it and found August vulnerable, genuine and completely believable. He’s a spiritual person who has experienced a lot of loss and feels things deeply. I came away from this interview feeling like I knew him. August has a new documentary series called stateofEMERGEncy available now on his website, which he’s promoting along with his music. For what it’s worth, Jada has denied this story. Her reps say this is “absolutely not true.” Will’s rep told The Sun that this story is “wrong.” Here’s part of what he said and his interview is below. You can see the part where he talks about Jada at 17 minutes in. Page Six claims this relationship started in 2015, that August traveled to Hawaii with the Pinkett-Smiths in 2016 and went to the BET Awards with them in 2017. The interviewer, Angela Yee, references a song August wrote, Nunya, which is supposedly about Jada. (Page Six says it came out in 2009, that is not correct, it came out in 2019.)

On the pressure on Black people
August: Black people have been constantly told to [shhh]. Everything, shut up about it. Black people are expected, you take it on the chin. “Black people are strong.” What happens when you are tired of being strong? What happens when you are actually weak? Since the beginning of time, we have been oppressed forever. I think that this is a new time that the universe is requiring something different from people. People are rising up and finding a strength within themselves from suffering from that type of oppression and repressing so much stuff. What happens is my spirit, and my mind and my body becomes bogged down and I am heavy. I can’t move anymore. I can’t operate my body. It starts to affect your nervous system. My body starts to shut down from the amount of weight and pressure that I feel from just being quiet about every little thing.

On his affair with Jada Pinkett Smith
Yee: You put out the song Nunya [in 2019] and a lot of people said Ok, August is dating Jada Pinkett Smith and that was circulating as a rumor. What was the real situation with Jada?
August: I’m not a troublemaker, I don’t like drama. I also don’t think that it’s ever important for people to know what I do, who I sleep with, who I date. In this instance it’s very different because so many people are side-eyeing me. I’ve lost money, friendships, relationships behind it. I’ve never done anything wrong. I love those people like my family. I don’t have a bad thing to say about them, they’re beautiful people. When something starts affecting my life… I don’t really have a choice but to express my truth.

I actually sat down with Will and had a conversation due to the transformation from their marriage to life partnership that they’ve spoken on several times. He gave me his blessing. I totally gave myself to that relationship [with Jada] for years of my life. I truly and really deeply loved and have a ton of love fot her. I devoted myself to it, I gave my full self to it, so much so to the point that I can die right now and be okay with knowing that I truly gave myself to somebody. And I really loved a person, I experienced that and know what that feels like and some people never get that in this lifetime. I know that I am completely blessed and this conversation is difficult because it is so much, that it would be hard for people to understand but once it starts to affect me and my livelihood I have to speak up about my truth.

On if he’s disappointed that Jada never addressed it
I never can get into the thought of that because I’m only responsible for myself. I’m only responsible for what I do. I just always stay silent because I never want to be the person to cause confusion. I love these people, I really do. I never have been in love in that kind of way. So much so that being intertwined in that way, walking away from it, butchered me. I’m shaking because it almost killed me, it pushed me into being another person, my newer self. It broke me down. I want to honor myself and honor my authenticity. If honoring my authenticity means you hate me, stone me, crucify me, whatever, bury me an honest man.

August also opened up about being sexually abused as a child, which was addressed in his docuseries. Plus he lost his sister to cancer just a year and a half ago and their brother passed in a car accident before that. He said he has three children, and is referring to his sister’s daughters, his nieces whom he is caring for after they were orphaned. He also has serious long term health problems and is battling an autoimmune disease that damages his liver.

We talked about this in our Zoom meeting last night. The general consensus was that although August was of legal age he did seem like an “impressionable young man dealing with a celebrity with a hero complex,” to quote my friend Zakia. We also all agreed that this was questionable and seemed predatory because August talked about the Smiths like they were his family. People would be looking at it much differently if the genders were reversed. Also, a few people wondered why the Smiths didn’t have August sign an NDA.

Here is a link to a tweet with photos of August and Jada.

He seems very vulnerable, he was her son’s friend and he’s way too young for her. I’m around her age and could not imagine dating someone this young. Given everything he said about Jada and the fact that he was 20 years younger than her, this doesn’t sit right.

Here’s the interview queued up to the part where he talks about Jada:

61 Responses to “August Alsina, 27, says he was with Jada Pinkett Smith & Will gave his blessing”