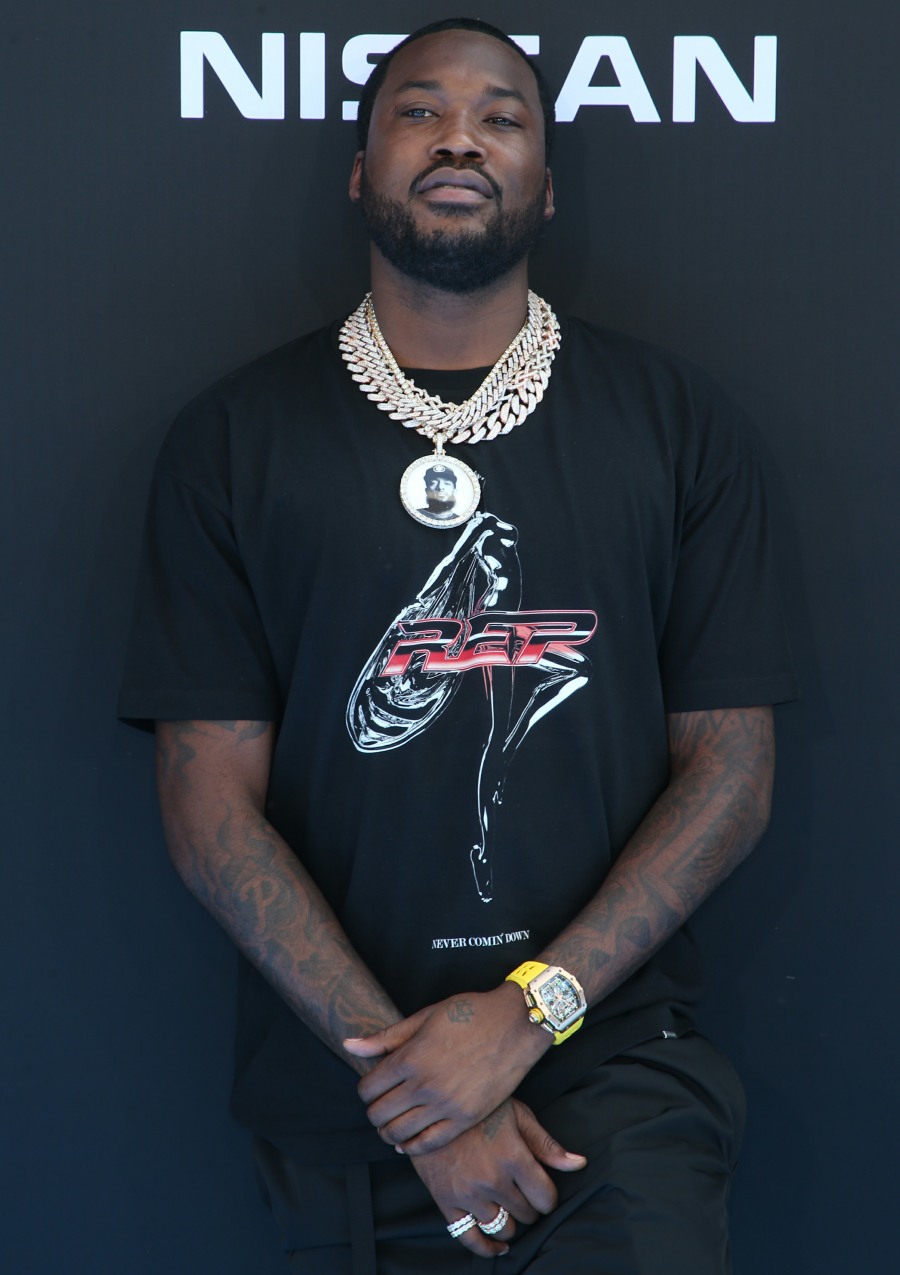 2018 was the first time I heard the compelling conspiracy theory that Drake and Kim Kardashian might have had an affair while she was married to or involved with Kanye West. It was a solid conspiracy, honestly, and there’s some evidence that Kim and Drake definitely know each other better than either lets on publicly. I bring this up because I think it’s odd that Kanye has never really publicly acknowledged this particular conspiracy in one of his manic episodes. Surely he’s heard the rumors? Surely he heard those rumors when he was trying to quash the beef between Pusha T and Drake? But instead of referencing the Drake and Kim rumors, Kanye insinuated that Kim and Meek Mill did something inappropriate in a hotel when they were supposed to be meeting about prison reform. Well, wouldn’t you know, TMZ ended this conspiracy pretty quickly:

Kanye West’s jealousy over Kim Kardashian meeting Meek Mill last year seems misplaced … since it was in a very public group setting, and purely to talk prison reform. Sources connected to the Kardashians and Meek tell us Kim’s prison reform summit did go down at the Waldorf Astoria in L.A. — as Kanye said on Twitter last night — but Meek and Kim never met in a one-on-one setting.

We’re told they were joined by philanthropist Clara Wu Tsai … and the trio met in Jean-Georges restaurant at the Waldorf. The group discussed plans to keep the prison reform movement going forward. A witness says Kim left the hotel — solo — immediately after the meeting. Worth noting … both Kim and Meek work with Cut50, the org that fights for reduced incarceration rates and criminal justice reform.

Our sources say Kim was aware of Kanye’s jealousy over the situation … and it’s something the two spoke about. However, outside of that one public meeting … we’re told Kim and Meek have never been alone together.

And even if Kim and Meek had been alone together, so f–king what? Plenty of men and women meet each other one-on-one and they don’t end up having sex. Either Kanye trusts his wife or he doesn’t. Either Kim cheats or she doesn’t. All of this pearl-clutching about a married woman having a business lunch at a hotel, my God. As for Meek, he refrained from making this conspiracy bigger than it already is by tweeting a flat denial:

“Cap” is slang for “lie/lying.” He’s just saying a general “that’s bulls–t.” And while I don’t know much about Meek Mill, I believe him? I think Kim and Meek met over prison reform and that’s it. And yeah, I think Kanye hates the fact that Kim even speaks to other men or exists in the same room with other men. 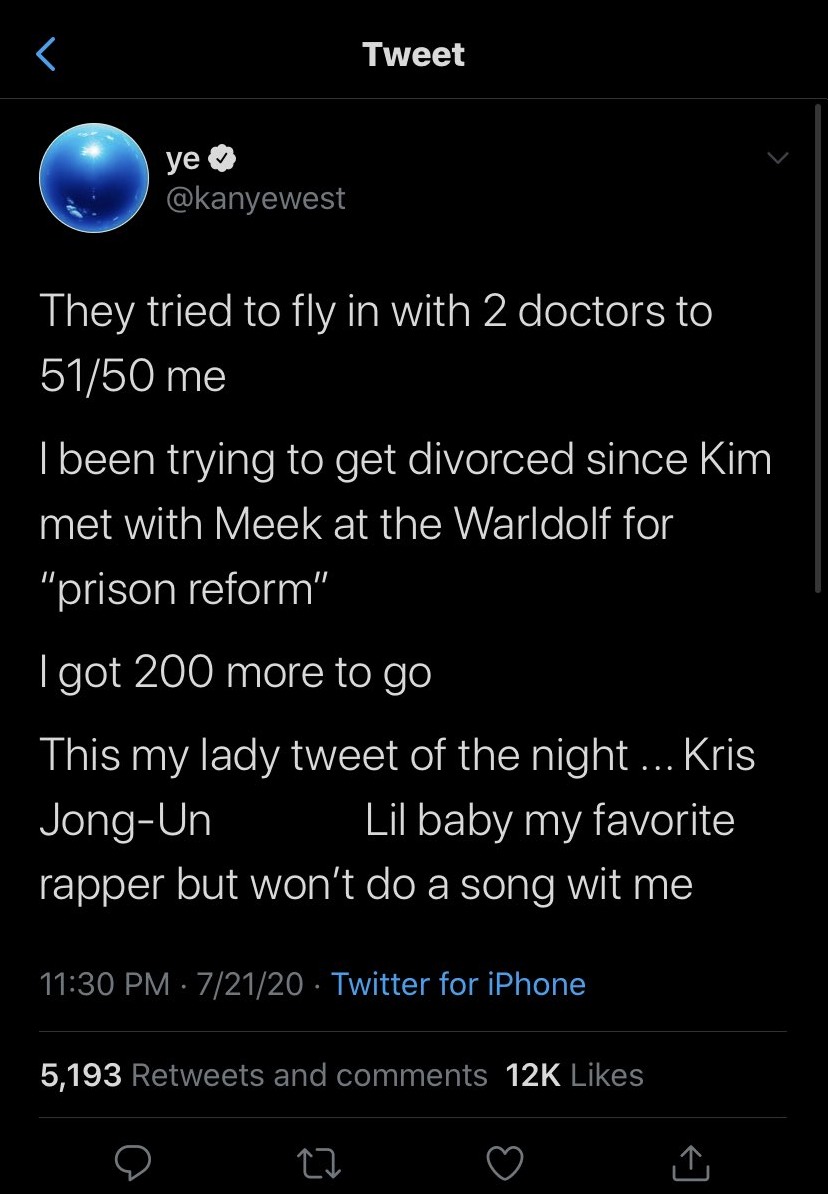 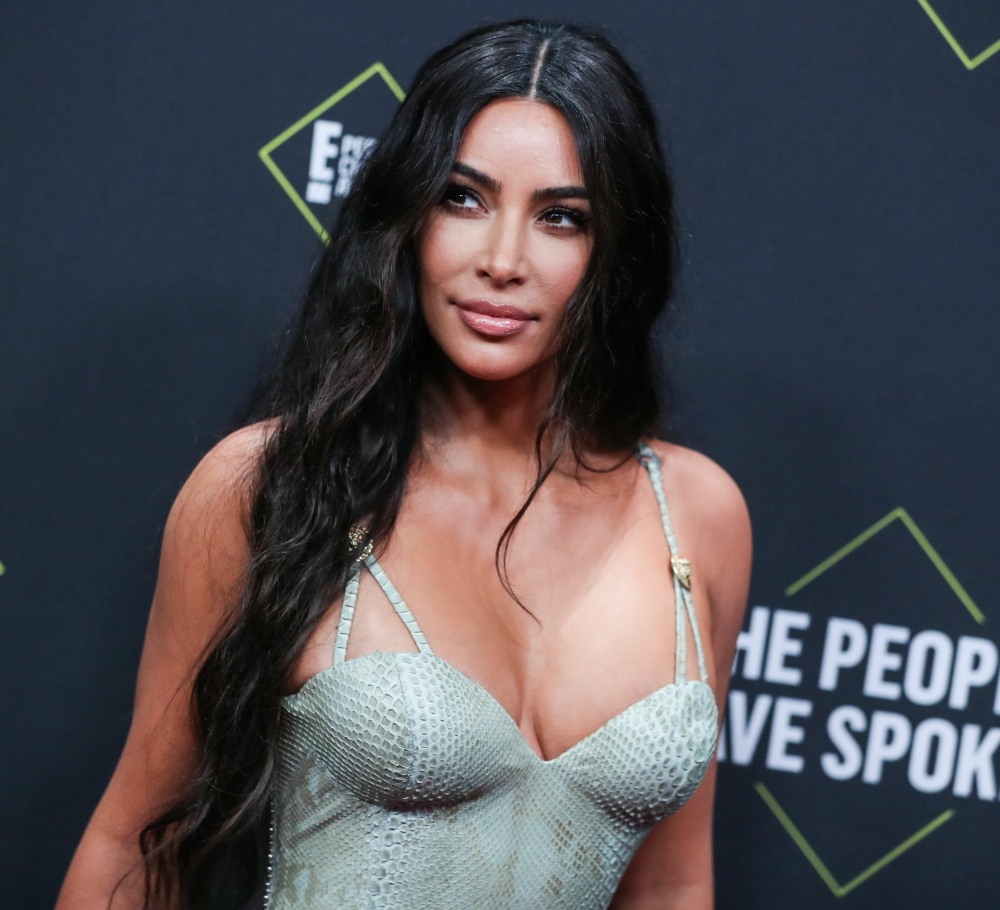