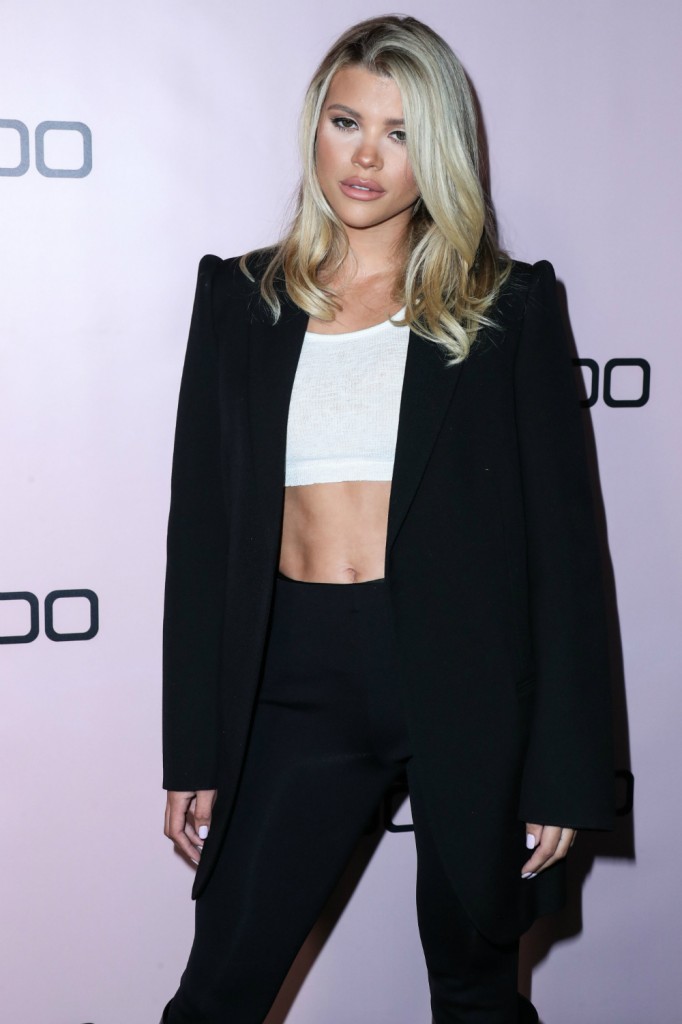 Here’s something to put a little, ‘huh’ in your day, Jaden Smith and Sofia Richie may be a thing… again. Jaden and Sofia dated briefly when they were 14 years old, but things ended because they were 14 years old and relationships at that age tend to have pretty short shelf lives. Since then, Sofia went on to date Justin Bieber and most recently Scott Disick who is 15 years her senior. The last romance Jaden went on record with was Tyler the Creator. However, Tyler never confirmed anything and Jaden dropped the subject, possibly because he’d been puling our legs. But last Saturday, Jaden and Sofia seemed very chummy at the beach in Malibu, holding hands and hugging a lot. We don’t have the photos, but US Magazine does if you want to see them. After the beach, the two cleaned up and went on a double date with friend Moisés Arias and his girlfriend.

Sofia Richie and Jaden Smith made waves online after they were spotted hanging out in Malibu, Calif on Saturday, Sept. 5. According to the Daily Mail, who obtained photos of the duo’s beach day, Sofia and Jaden had fun in the sun.

For their outing, the 22-year-old model donned a bright pink bikini that featured a floral print. As for the singer? He also rocked pink swimming trunks. Although a picture says a thousand words, a source tells E! News exactly how Sofia and Jaden’s outing really went down.

“They spent the afternoon playing on the beach together with friends. But Sofia and Jaden only had eyes for each other,” the insider shares, adding, “They swam in the water together and wrapped their arms around each other. They held hands as they went in and out of the water and then they pulled each other in for a hug.”

When the duo wasn’t splashing around, the source notes they enjoyed “cocktails” and a “picnic.”

All in all, the chemistry between the two seemed to be off-the-charts. As the source put it, “They were smiling at each other and very flirty the entire day. They seemed comfortable together.”

Sofia and Jaden didn’t just hang out at the beach. According to the source, they grabbed dinner with friends at the celebrity hot spot Nobu.

“They stayed for several hours and left together in a Sprinter van. Sofia was in a great mood and never stopped smiling,” the source shares. “She seems to be having a lot of fun and is very happy. She and Jaden went back to a friend’s house for the night.”

As for the pairing, it certainly makes sense. They are the same age, they both grew up with ridiculously famous parents and they’ve known each other forever. As to the nature of their relationship, they could be Friends with Benefits, just flirting, dating or secretly adopting a blind snake together – who knows, they’re 22 and probably just enjoying themselves. They were at a crowded beach and chose to eat at Nobu, both places being pap hotspots so they either wanted this reported or don’t care if it gets out. As the Daily Mail and E! reported, Sofia was smiling the whole day at the beach so whatever they are to each other, it’s making them happy so that’s good. Folks are talking about their color-coordinated bathing suits, which are cute, but I am much more distracted by the amount of jewelry they both wear into the ocean. Have they never lost anything to a rogue wave? That said, Jaden’s pearl strand necklace is amazing. I also liked Sofia’s animal print mask. Sadly, she looked like she was the only one who sported a mask, though.

Meanwhile, the following day, Sofia’s ex, The Lord D, was boating with his family in Idaho. Scott, Kourtney, their youngest, Reign and puppy Ruby all enjoyed a few laps around Lake Couer d’Alene. Coincidently, good friends Justin and Hailey Bieber were staying close by. Maybe they all got together for dinner and discussed their thoughts on Sofia and Jaden’s relationship. 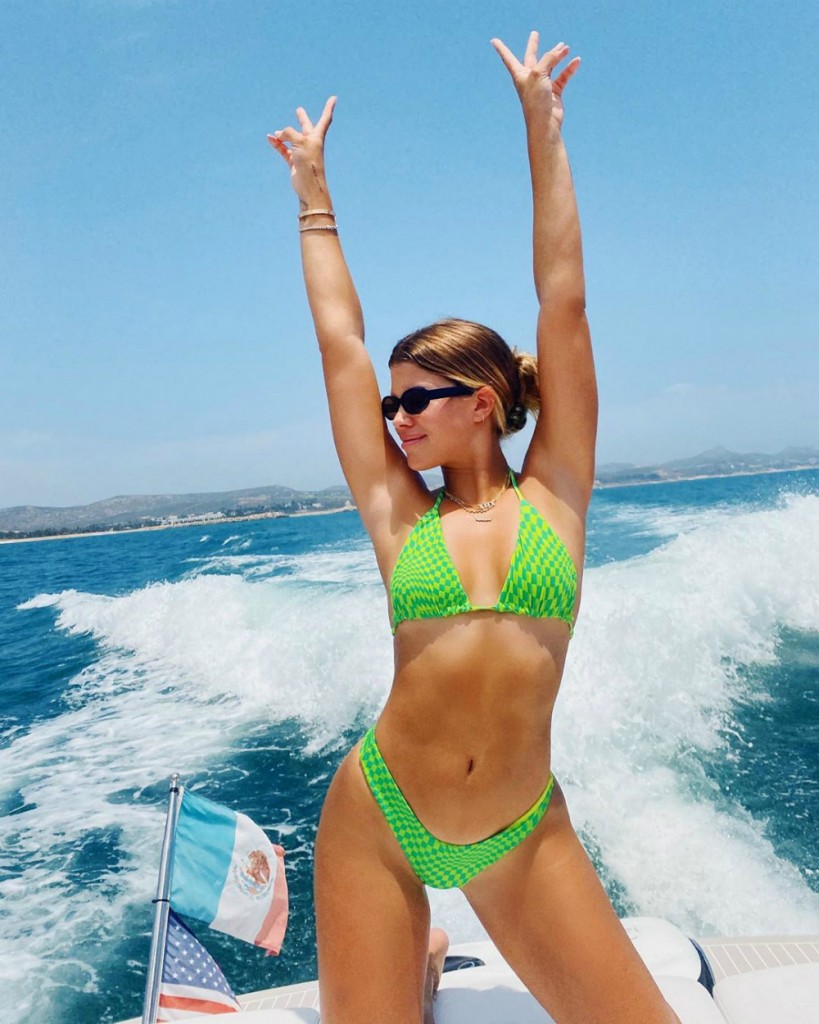 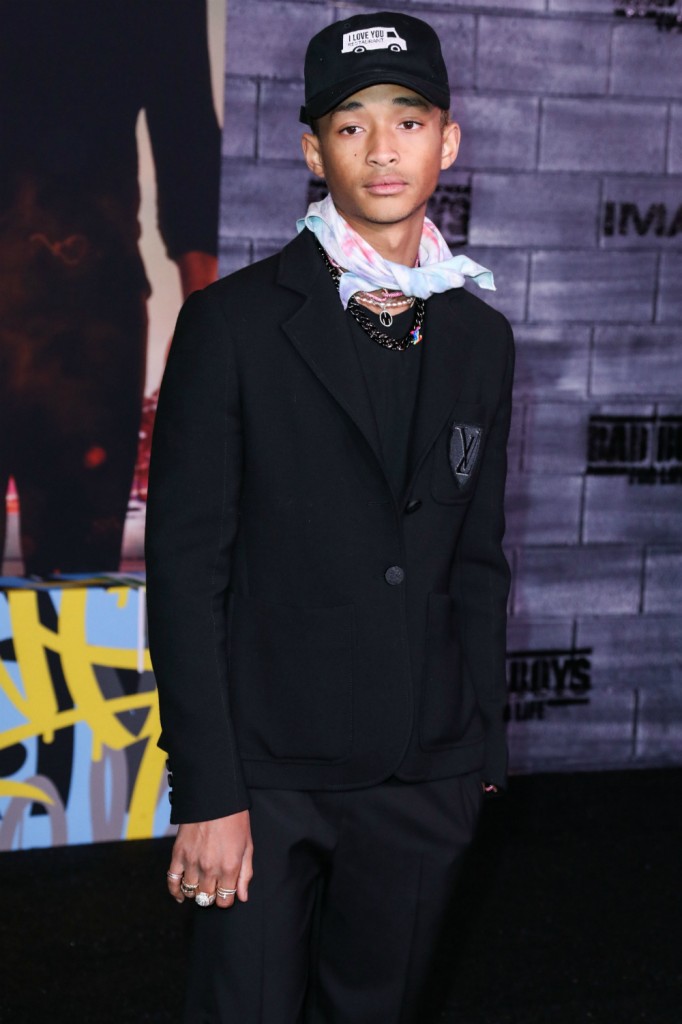