Kristen Bell responds to troll, says she and Dax Shepard ‘adore each other’ 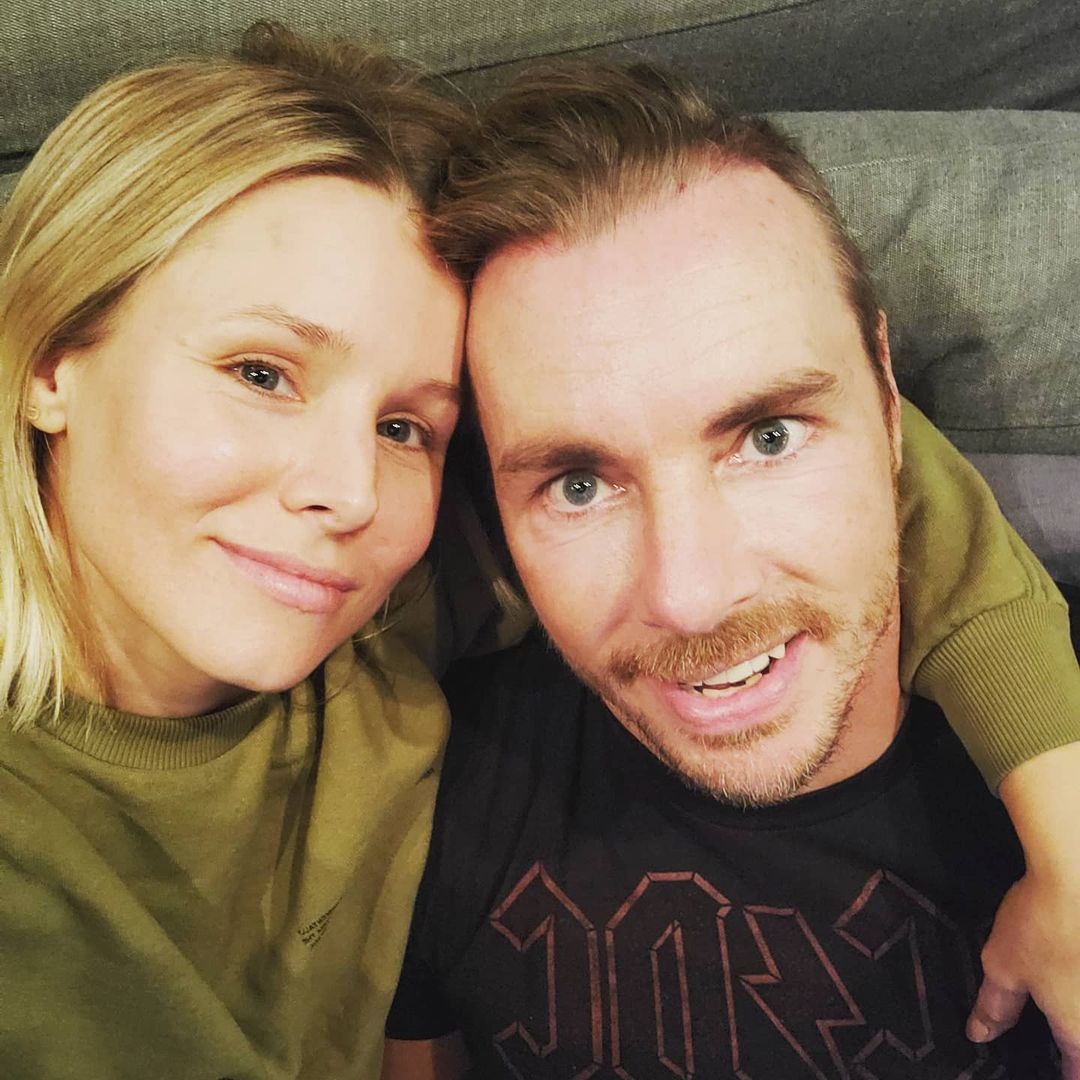 This story was somewhat complicated to me in that I thought Kristen Bell was responding to negative comments on an Instagram post she made about her husband, Dax Shepard. That would be understandable, but she responded to a comment on an Instagram post by an outlet called Pop Culture which has an some quotes from Dax. Apparently Dax is on Top Gear America, which exists despite Top Gear USA. (It’s like a reboot of that, which was a remake of the original British show. I don’t understand it either, but it has two seasons, the first of which which came out in 2017 on BBC America and it’s airing again this year, on the MotorTrend network.)

Dax premiered a mural on his van for that show which is an old school airbush. He told Pop Culture it was inspired by the movie 1977 Breaker Breaker, with Chuck Norris. However I googled the van art shown in that movie and it was just a big eagle so that doesn’t track. The mural shows Dax super buff and being grabbed on the leg by Kristen, which is a common movie poster trope called the Leg Cling. You can see the van art below. It’s kind of cool-looking but I get why Kristen isn’t a big fan. Dax told PopCulture that Kristen wasn’t thrilled with it, but it didn’t sound like she made a stink except for telling him not to keep it in the driveway.

“[The van] was inspired by Breaker Breaker, a Chuck Norris movie,” Shepard told PopCulture. “I’ve always loved those ’70s muraled up vans. I’ve wanted one. And my wife is pretty adamant that’s the one vehicle she doesn’t want in our driveway. But she wasn’t thrilled with the level of ‘female empowerment’ that was depicted in that mural. Understandably. And my kind of excuse was we had to honor the era in which this was popular. It didn’t fly.”

I don’t think I would want that in my driveway either, especially if I was famous because it would let everyone know that’s where I lived. Anyway, on the Instagram post for this article someone commented that these two seem like they hate each other. I mean we’ve heard them say they regularly go days without talking to each other, so it’s not a stretch to assume this. Plus Dax has been rude to Kristen on camera and they’re always talking about their problems. Kristen deigned to respond to this person and defended her relationship. Here’s what was said:

Comment: Every piece of news I see about them talks about how they just can’t f–ing stand each other, constantly fight, now this dude is apparently objectifying her as well. Just what’s the point? straight people are so tragic.

Kristen: We adore each other, we just try to always be honest about how marriage, or companionship in any form, is hard sometimes. You can’t always be in control, or right, and it’s important to us that we lead with the honesty of your “perfect match” being a myth. You gotta work hard to love yourself, and love other humans. Xo

“Straight people are so tragic.” Hard agree. I’m single, but that’s because my husband and I started arguing more than we got along and it felt bad so we got divorced. We tried counseling but it didn’t work. I’m way happier alone than with someone I had to work to be with. It also doesn’t mean we didn’t love each other, just that we couldn’t make it work. Nor does that mean that every relationship I have will be like that. While “perfect match” may be a myth, “someone you get along with better” is not.

I also would never air my business like this, but I’m not famous and I don’t depend on people paying attention to my personal life to make money. Why is she responding to a comment about a random short interview her husband did? There’s less than a paragraph of quotes from Dax and he calls Kristen’s objection to the van understandable. It feels like this was a big fight they had and she’s responding to that, not to what Dax actually said or what this person said particularly. This is very similar to other comments I’ve read about them and she must know that.

42 Responses to “Kristen Bell responds to troll, says she and Dax Shepard ‘adore each other’”