Lady Gaga’s dog walker Ryan Fischer is in recovery, is grateful for the support 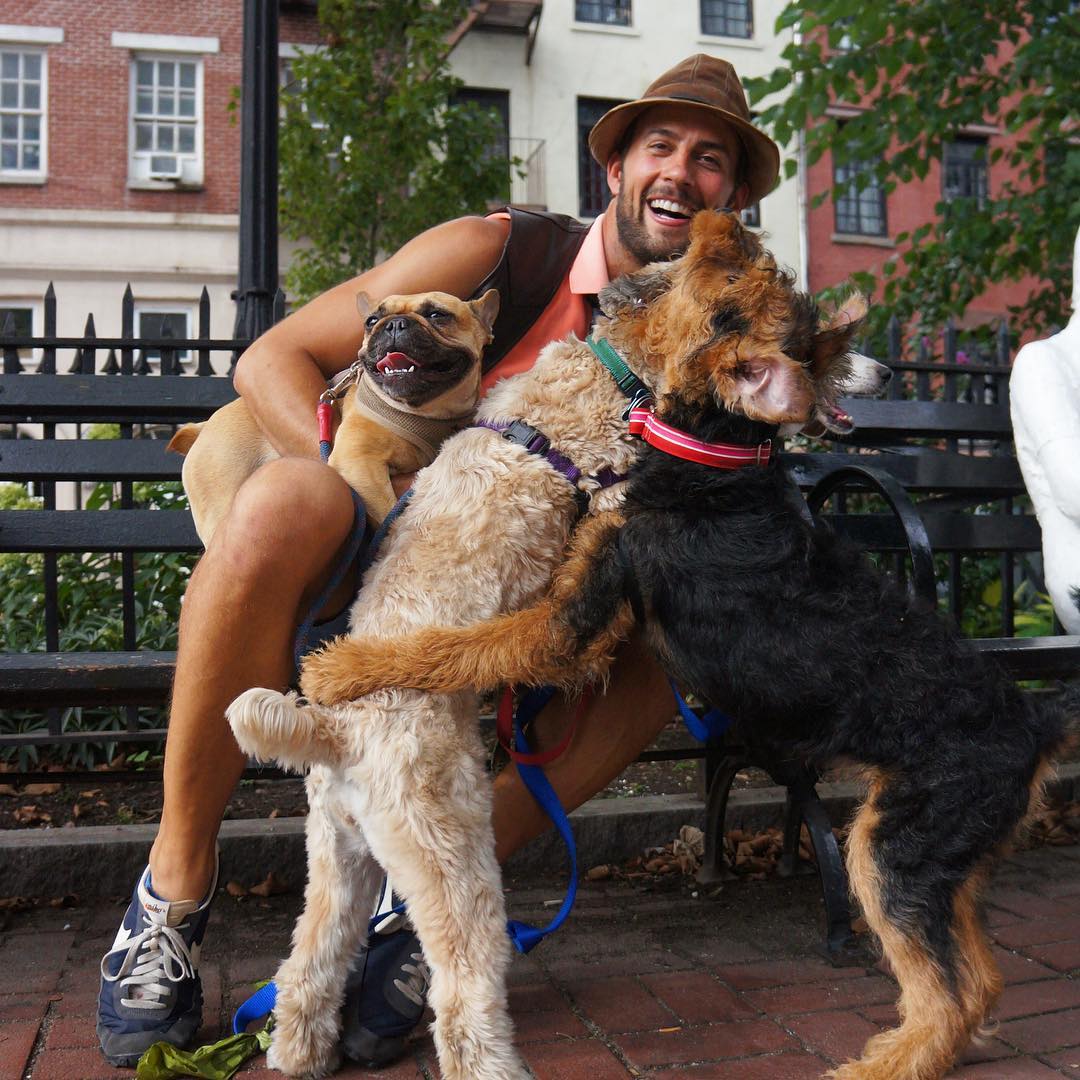 Last week Lady Gaga’s dog walker, Ryan Fischer, was shot in the chest while walking Gaga’s three French bulldogs in a dognapping gone wrong. The assailants got away with two of the three Frenchies (Gustave and Koji) who were later found tied to a pole in an alley. The person who turned Gustave and Koji will likely receive the no questions asked $500,000 reward from Gaga. The terrifying part of this story is that Ryan was shot in the chest while trying to protect the dogs. If it wasn’t for his screams he would not have received the medical care that he needed. For a while Ryan was in critical condition but is now recovering in the hospital. Ryan has since gained some strength and is now speaking out about his ordeal. Besides being able to give a description of the assailants Ryan is talking about what took place that night and thanking Asia (the third Frenchie that sat next to Ryan while they waited for the ambulance to arrive), Gaga, his family and all the well wishers. Some highlights via E! Online:

“4 days ago, while a car sped away and blood poured from my gun shot wound, an angel trotted over and laid next to me,” Fischer wrote in a March 1 Instagram post. “My panicked screams calmed as I looked at her, even though it registered that the blood pooling around her tiny body was my own. I cradled Asia as best I could, thanked her for all the incredible adventures we’d been on together, apologized that I couldn’t defend her brothers, and then resolved that I would still try to save them… and myself.”

“Hopeful that my calm(ish) and forceful pleas for the urgency of my care,” he continued, “as well as the focused descriptions of the dogs would be enough to help me and get enough police and media attention to find the boys, I looked backed at my guardian angel. I smiled at her shaking form, thankful that at least she would be okay. From that point, right as the neighbors poured from their homes and restaurant to us on the sidewalk, life has taken a very sudden and unexpected turn.”

In addition to his lengthy social media statements, he also shared two photos of himself in a hospital bed, one with tubes hooked inside his mouth. “I am still in recovery from a very close call with death and have kept myself (for the most part, I mean I am human) from the growing media story,” he said in a second post. “I will write and say more later, but the gratitude for all the love I feel from around this planet is immense and intense. I felt your healing support! Thank you. I am humbled and grateful that attention and focus from the police were enough to get Koji and Gustav back to safety, and I know they are committed to bringing these criminals and attempted murderers to justice. I am so appreciative of everything you continue to do.”

Fischer also expressed his gratitude to friends, family, clients and medical staff for helping him survive and get through his hospitalization. “First responders and health care workers: you literally saved my life and helped me take newborn walks, I can’t thank you enough,” he said. “And to Elisha, my family at Haüs and @ladygaga: your babies are back and the family is whole… we did it! You have shown so much support throughout this whole crisis to both me and my family. But your support as a friend, despite your own traumatic loss from your kids, was unwavering. I love you and thank you.”

Like I said before I am so happy that Ryan survived this horrible experience and I am happy he is on the mend. I do hope he will be getting mental health care so that he can unpack what is more than likely a traumatic experience. The part that really got me was when Ryan said Asia set next to him as he was bleeding out and wouldn’t move as if to let him know she was there and not to be afraid. That has got to be one of the sweetest things I have ever read about a dog. This situation could have went completely sideways but I am glad Ryan is in recovery and is able to speak his truth and that the dogs are ok. I do hope they capture the bastards that did this. I also hope that since this is not an isolated incident and theft of French bulldogs are on the rise that people who do own this breed will be more cautious when out and about. Hopefully, there will be a crack down on this particular crime because I don’t want to see any more horrible stories like this in the future. In the meantime, I wish Ryan a speedy recovery and much love. And I hope the dogs will also recover from such a traumatic experience. I am glad that Gaga has been very supportive and assisting Ryan with his medical needs and that she has her babies back.

A post shared by Valley of the Dogs (@valleyofthedogs)

A post shared by Valley of the Dogs (@valleyofthedogs)

10 Responses to “Lady Gaga’s dog walker Ryan Fischer is in recovery, is grateful for the support”