Laura Dern in Oscar de la Renta at the 2021 Oscars: one of the worst looks? 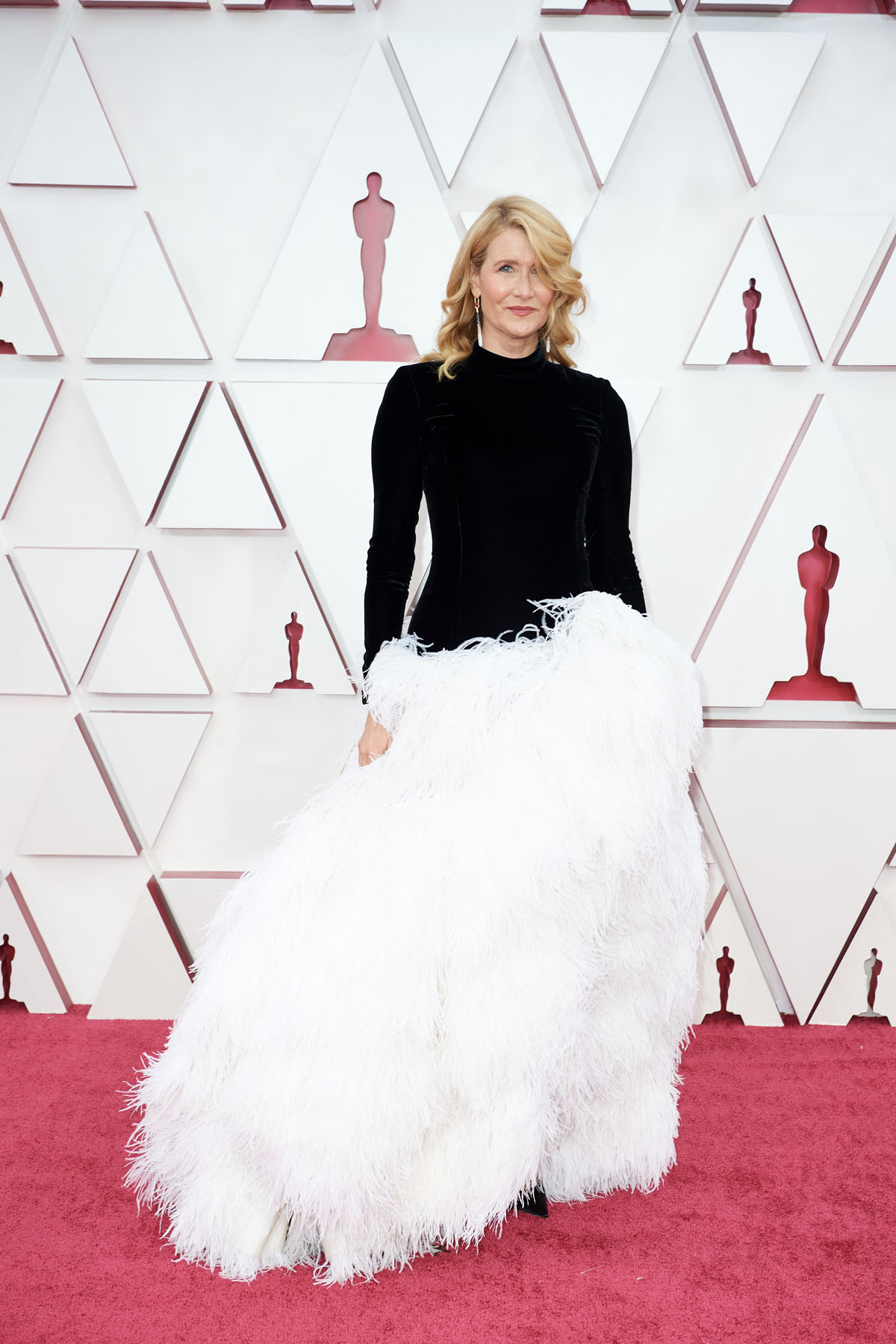 Laura Dern has had some doozies when it comes to her fashion. She doesn’t take calculated fashion risks that pay off sometimes, nor does she always wear fug looks. She skirts that line between decent and fug looks which aren’t even fun. Last night she was in an Oscar de la Renta gown which was just like a too-long black turtleneck paired with a full feather skirt. It was bad, her presenting was tiresome, and her styling was off. It looked like she got her hair curled and set without a brush through. There’s no rhyme or reason to her look but that’s often the case. 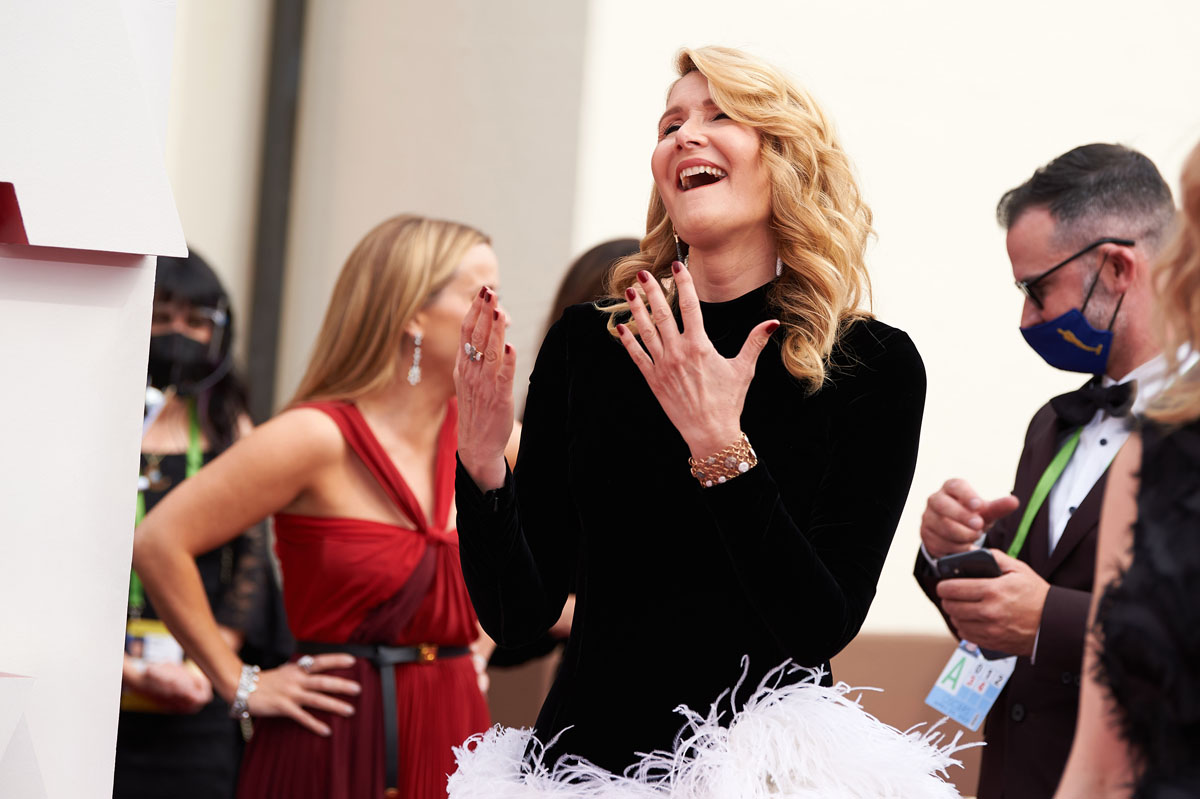 Laura hit the red carpet with her buddy Reese Witherspoon and they were super annoying when they were interviewed on ABC ahead of the ceremony. I completely agree with this comment on Twitter that those two are “Absolutely the two girls who tell you the night before prom that they ‘totally forgot to tell you there’s no more room in the limo.'” Reese’s presenting was also a bit cloying. She did the animation categories. Reese was in Dior, in a crimson chiffon gown with a magenta accent. This is a rather classic gown and it needed a little something, but I don’t think the belt is right for it at all. It looks like an afterthought. 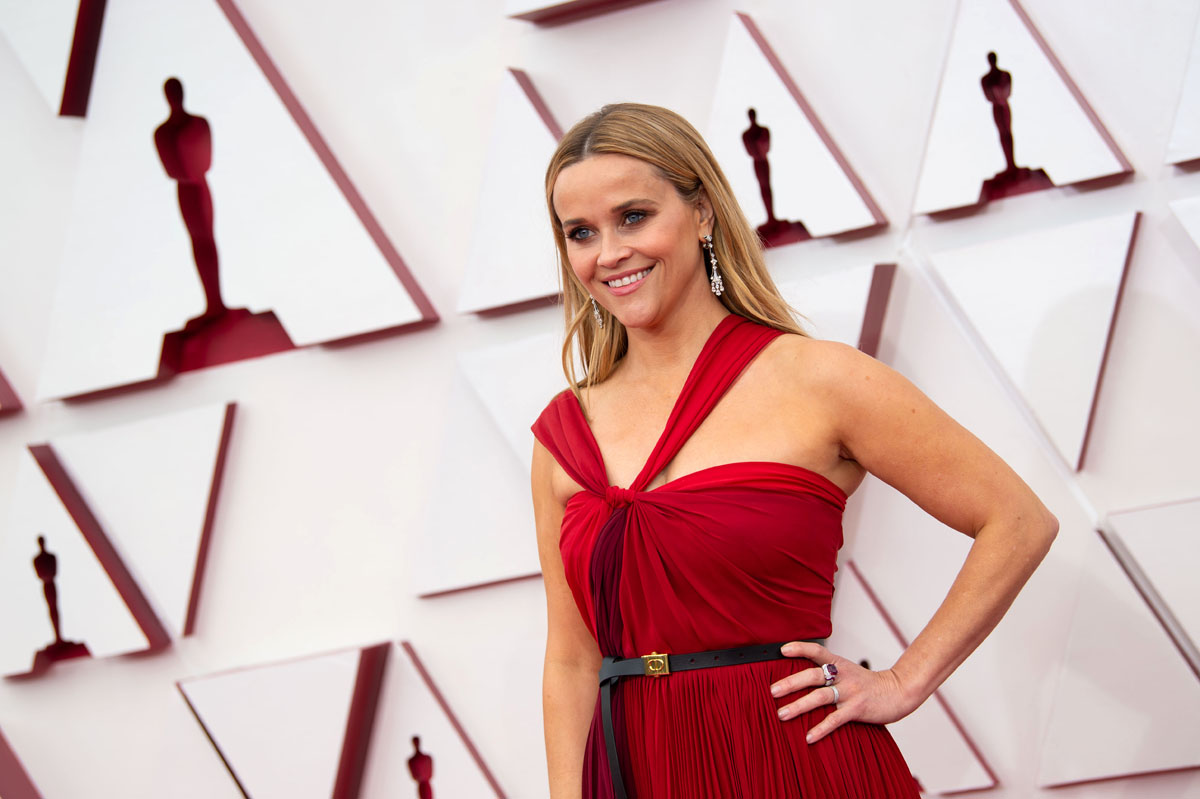 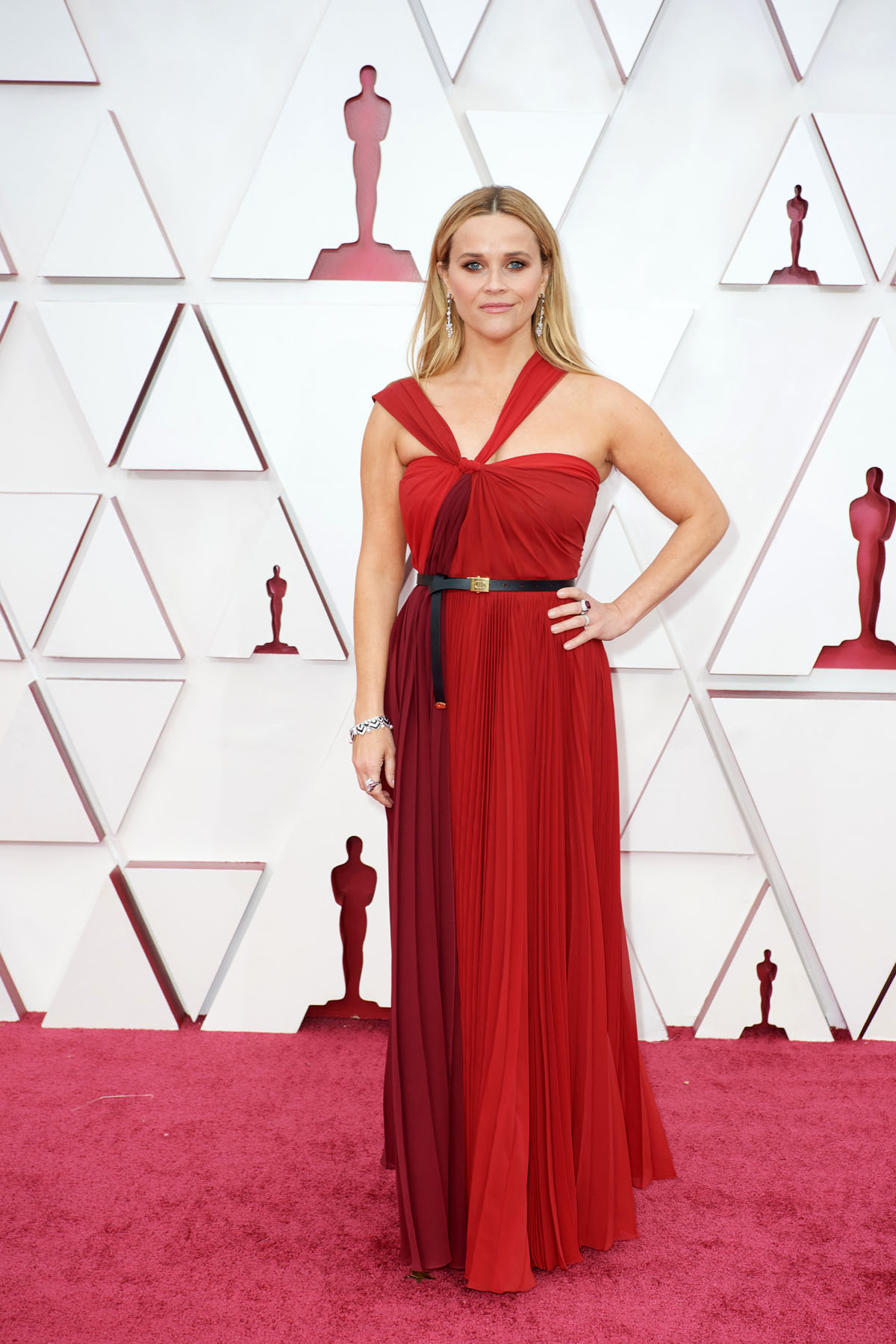 Olivia Colman was in London and she was also in Christian Dior. This didn’t occur to me until Anthony Hopkins accepted his award later, but it was super early in the morning in London! They must have been completely exhausted over there. They’re six hours ahead of EST so they ended at 5:30 in the morning. This gown is a bit frumpy but I like the clean belt and I also think that Olivia elevates anything she wears. Her husband is really cute and they were cute together on screen. 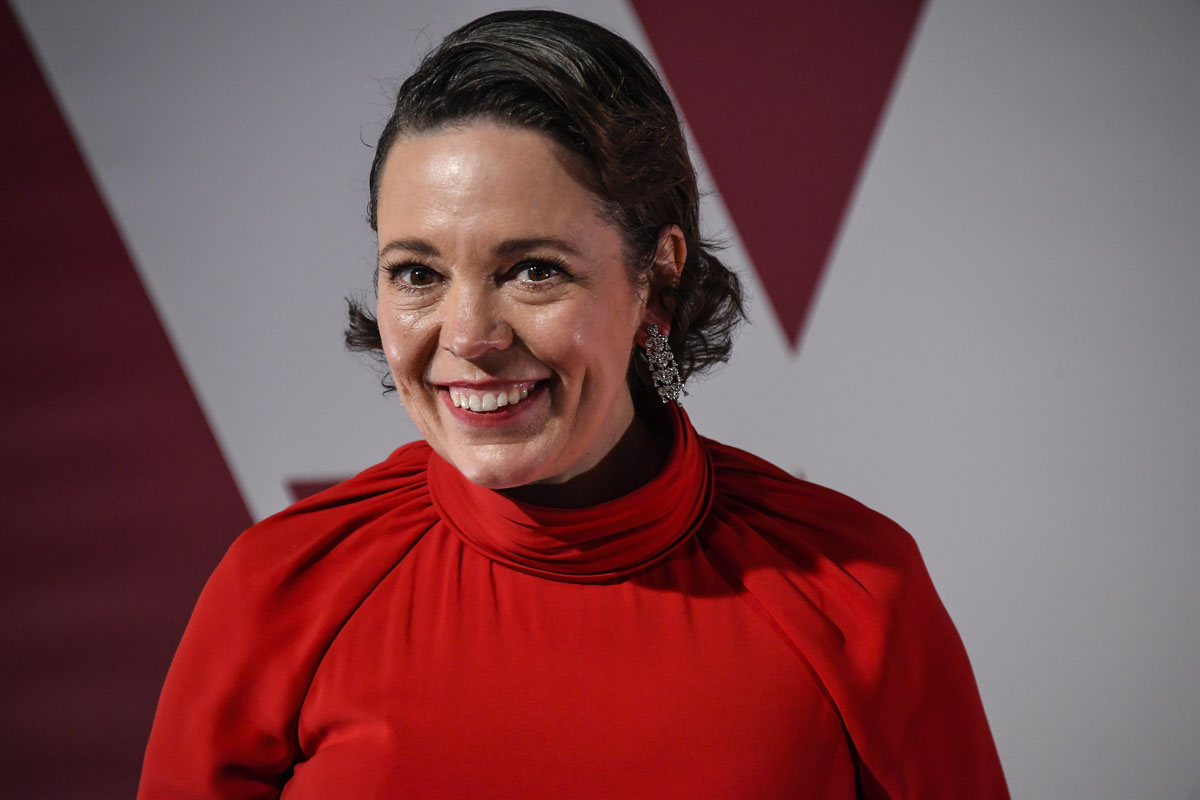 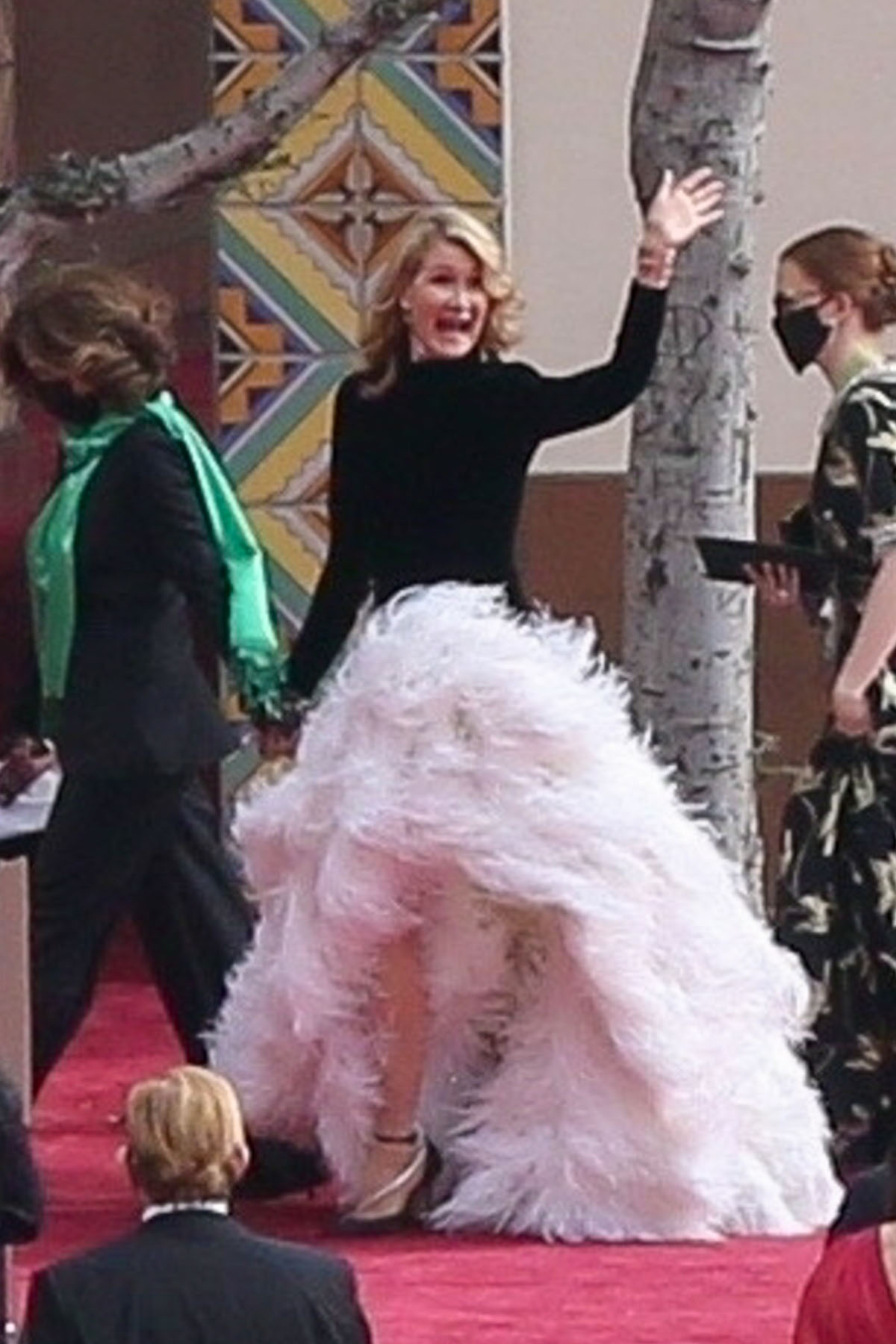