Ashley Graham lost her hair after having a baby: ‘my whole hairline fell out’ 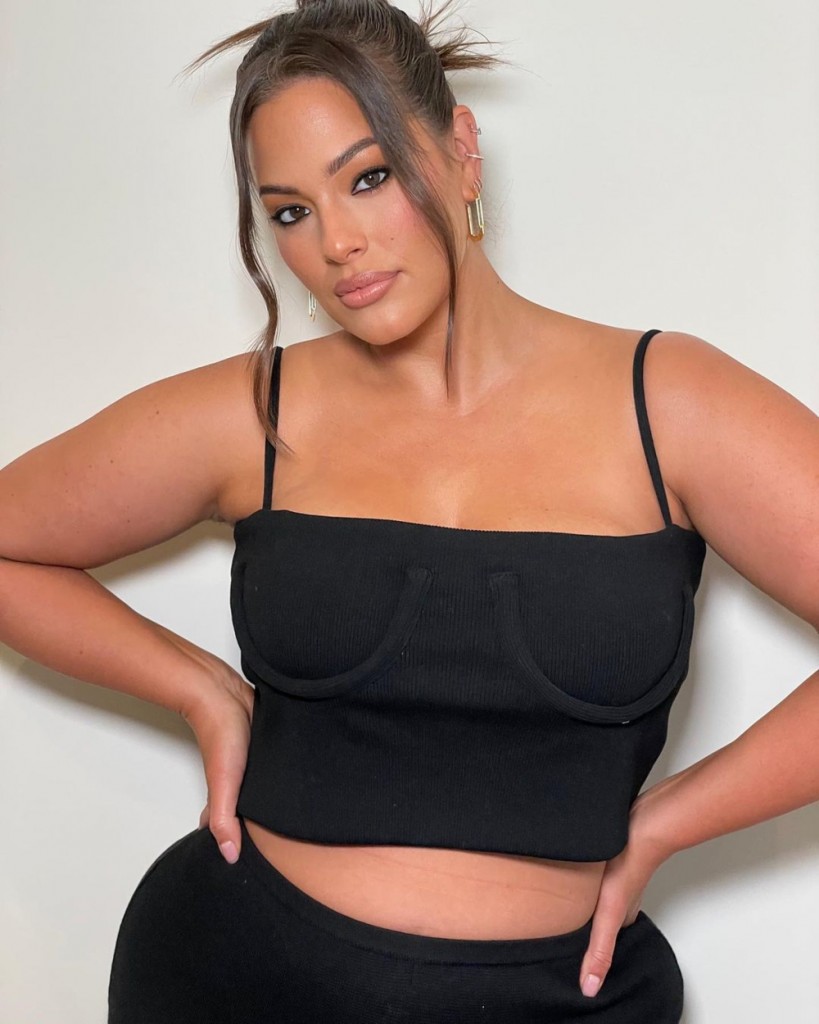 This Ashley Graham interview came out a while ago, but I wanted to talk about it because I finally got my haircut for the first time in 10 months, and it made me think about what she said about hair. Ashley talked to Parents Magazine for the Mother’s Day Issue about her first year as a mother. Ashley and husband Justin Ervin welcomed their son, Isaac, in January 2020. Obviously, that was an extraordinary time to welcome a baby into this world because right about the time Ashley was due to return from maternity leave, the world shut down with the pandemic. For this Parents piece, she reflected on the things about motherhood that surprised her. She spoke before about weight gain during the pandemic and how the mythical breastfeeding weight purge eluded her. But she also brought up postpartum hair loss, which happens to most new moms and rarely gets mentioned. According to Ashley, hers was dramatic, sometimes with her hair falling out in clumps.

On postpartum surprises: Everybody told me if you breastfeed, the weight falls off. Well, that was BS. And I’m still working on like 20 pounds. When I say working on, I just kind of look at it every day like, “Hello, new body.” And that’s just kind of how I go on with it.

And I think it was like around four months, my whole hairline fell out. And that was more traumatic than even birth because I was like, “My hair’s falling out in clumps—what am I doing?” and then I realized it’s actually a thing. My skin got a bit irritated as well, and I had a little bit of rosacea that I had to combat.

On staying organized with Baby: For me, it’s all about scheduling and making sure that me, Justin, and my mom—because my mom is my caretaker—are all aligned on the calendar and that we have a routine. Sometimes that routine has some bumps or some changes, but we stay in a group text, we have a Google Calendar, and I think that it’s really been helpful for us.

On being so open on social media: I like to share every aspect of my life. I don’t want to hide how I’m taking care of my body, whether it’s mental health, stretching, movement. Even through pregnancy, I wanted other pregnant women to know it’s OK to move your body as long as you’ve been doing it before you were pregnant for safety reasons… For me moving my body is like a big form of self-care—and mental health has really been such a big conversation that people have been having, especially all through 2020. I just have found it incredibly important for everybody to talk about their journey and what they’ve been doing because it helps people who are struggling.

As far as being organized, Ashley’s advice is good, but not all moms have that many people to help. I’d add to her advice that when the kids are babies, you do need to learn flexibility. Your plans or timelines will change more and learning to roll with the punches or having backup up plans in place is the best bet, I found. I gave people advance notice if I felt I might be late, which is my big peccadillo. Once I knew I’d given myself that cushion, I could relax. As for her social media, I appreciate people who can share that much. I want to share more, but I always end up deleting most of what I write. I’m either afraid no one will care or who might be reading it.

But the hair issue is very real. When I was a kid, I went to a Fourth of July parade (Larkspur-Corte Madre – shout out to my Bay Area Celebitches!). I overheard one of the women sitting behind us say that she used to have trouble looping a hairband twice over her ponytail but, “now, after kids, I can loop it around three times no problem.” I was at an age that all things adult scared me, and was convinced having babies sucked out your soul anyway, but I never forgot it. My post birth hair loss wasn’t as dramatic as Ashley’s. It didn’t fall out in clumps, but I can definitely loop a hairband several times, no problem, around my ponytail. And it started during pregnancy. I didn’t mind because after years of oh my hair being so think it straightening it out, all my natural curl finally came out. When I first read Ashley’s comment about it being, “more traumatic than even birth,” I thought it was a bit much. But then I thought of two things: 1) Ashley has gorgeous hair, I could see how losing any of it would be horrifying. And 2) I think it’s all the changes happening at once. Your body’s reshaping, your skin reacts, the hair stuff, hormones, no sleep. It’s like one of those wacky movies when the scientist takes the experimental potion, and the effects reveal themselves one crazy condition at a time. So yes, I’ll bet four months in, having her hair fall out was traumatizing for poor Ashley. But I swear, to all the new moms out there, it looks a lot better than you think it does. I promise. You’re doing great!

22 Responses to “Ashley Graham lost her hair after having a baby: ‘my whole hairline fell out’”