Lena Dunham has a new boyfriend: ‘Don’t quit before the miracle, kids’ 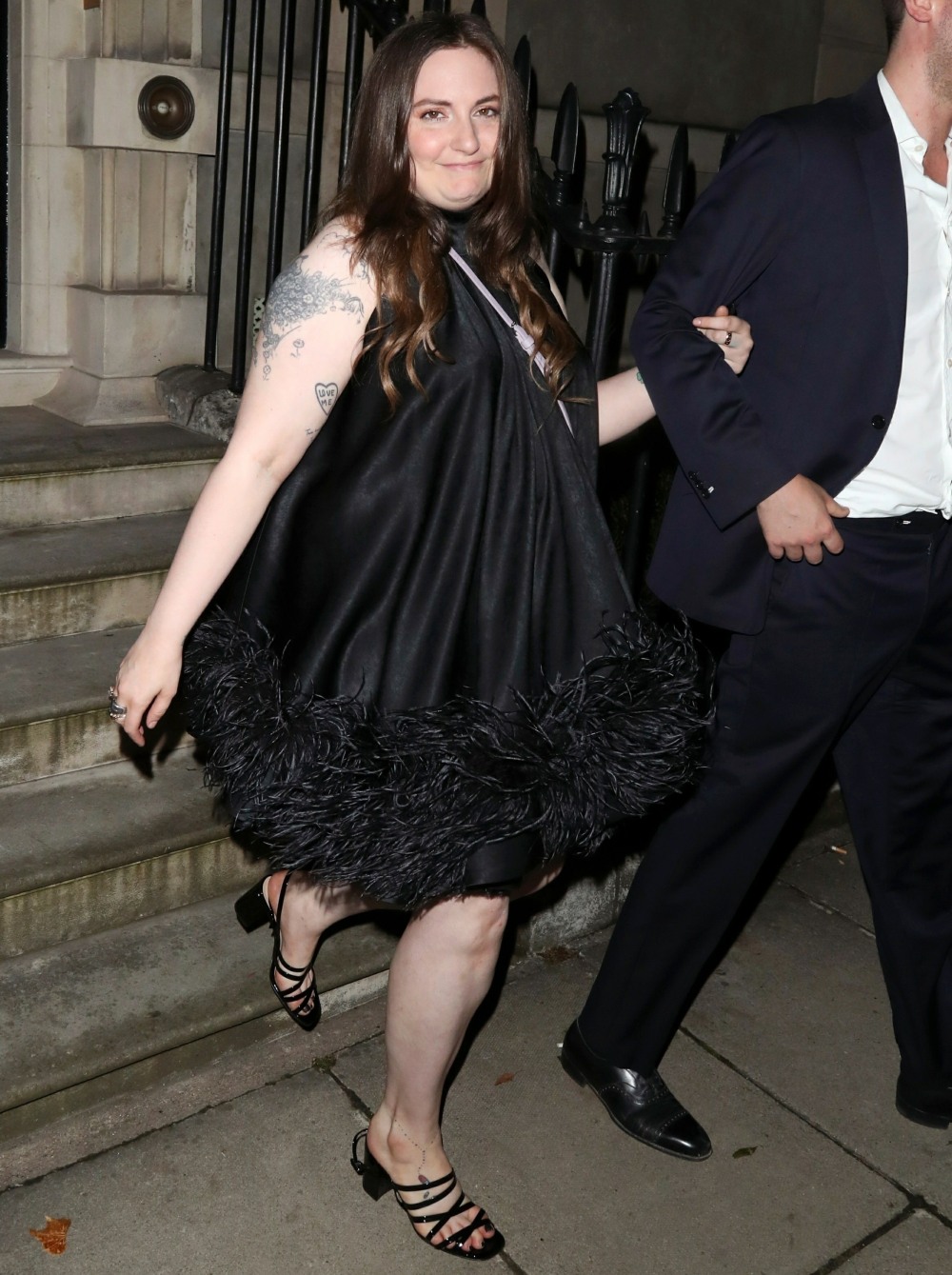 I enjoy the fact that Lena Dunham burned so many bridges and pissed off so many people in America that she basically had to high-tail it to London to see if British people would put up with her crap. So far, so good. Lena has been living in London for a few years, working on various projects and only popping up to be extremely annoying every five months or so. In recent interviews, Lena has made references to a mystery boyfriend, and no one wanted to ask too many questions because I think we were all afraid that the guy might be a complete fabrication. But no! She’s dating someone who exists in the real world. He’s Peruvian and British and his name is Luis Felber.

It’s like an episode straight out of “Girls.” Lena Dunham is dating Peruvian English musician Luis Felber, whose avatar can be seen wearing lime green panties and frolicking around a stripper pole in his new video, Page Six can reveal.

The actress and writer, 35, has been dating the 32-year-old Felber — whom she calls “the greatest person I’ve ever met” — for the past few months after they met in London, where she’s currently living. Felber goes professionally by the name Attawalpa, after the Incan King Atahualpa.

Dunham gave a clue about their romance in May when she posted about Felber’s new video for his song “Yellow Fingers,” in which he appears as a computer-generated dancer astride a stripper pole. She wrote on Instagram: “Brand new song & video from my (heart emoji) @attawalpa and by gosh I believe he’s done it again…It’s so special – and nice green “knickers” my love, did not know those moves were in you.”

In April, Dunham also tweeted to promote her new man’s chat with Kate Nash for her “Lovely Radio Programme,” adding: “Luis is sharing thoughts on his emotions, his mental health, addiction issues and his passion and long-lasting enthusiasm for music.”

While not naming Felber, Dunham told the New York Times in April of her new relationship: “It’s been a few months … I feel really lucky.” She revealed that her new love was a musician raised in England and Peru, adding that when she borrows his hat and leather jacket: “I want to man-spread!”

As if to emphasize that she’s official with this guy, she tweeted about her “boyfriend” on Monday, detailing all of the nice things he does for her (see below). “Don’t quit before the miracle, kids” indeed. If someone awful like Lena Dunham can find someone, why can’t the rest of us? Find your inspiration! Be a narcissistic douchebag and you too can find love!

When I feel sick, my boyfriend makes delicious pasta & rewatches as much BoJack as I want, walks the dog & makes up songs about her face. In January, all I Tweeted about was how men are basically refried beans in human form. What I'm saying is, don't quit before the miracle, kids 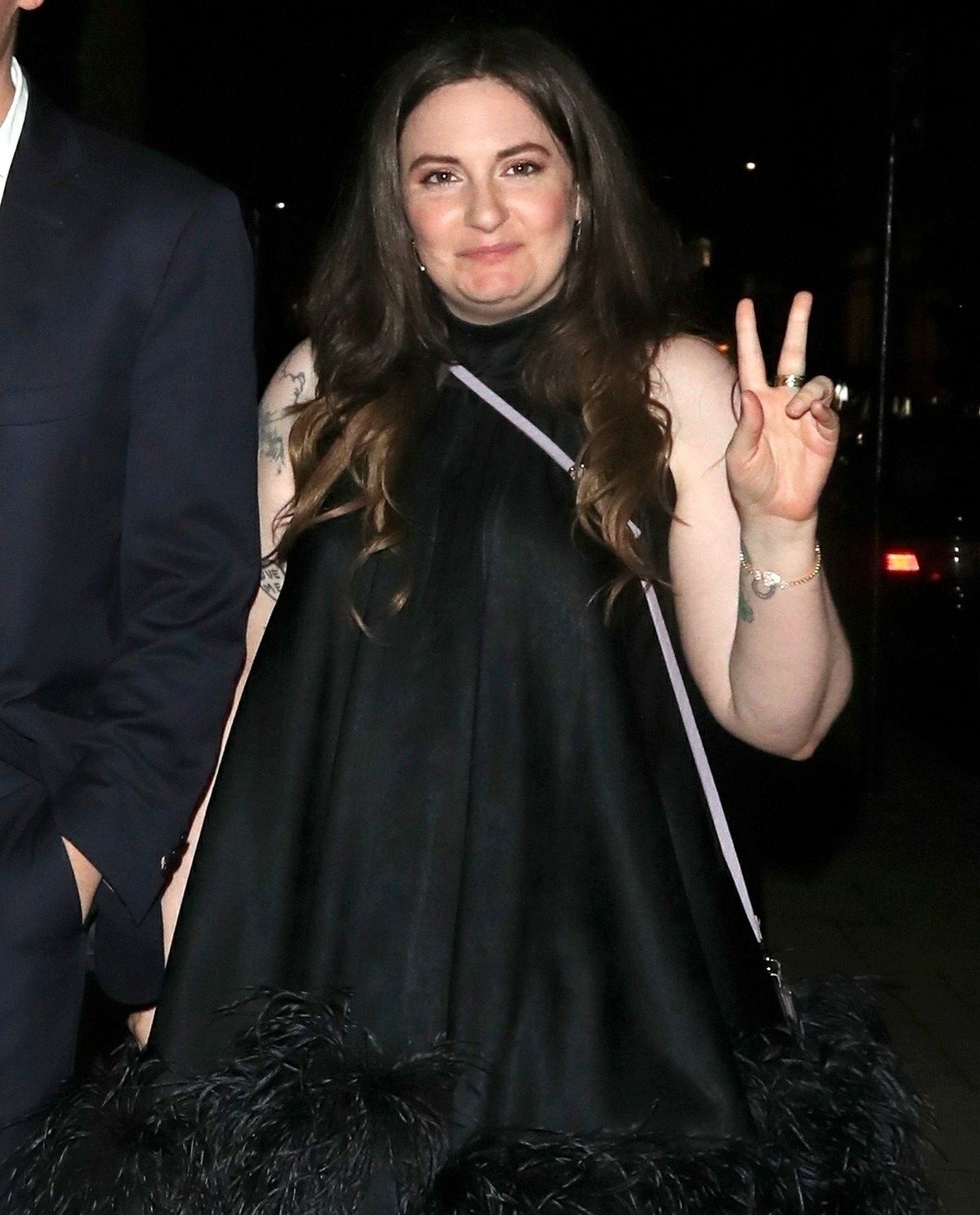 9 Responses to “Lena Dunham has a new boyfriend: ‘Don’t quit before the miracle, kids’”