Issa Rae on keeping up with friends: ‘we have to make an effort’ to see each other 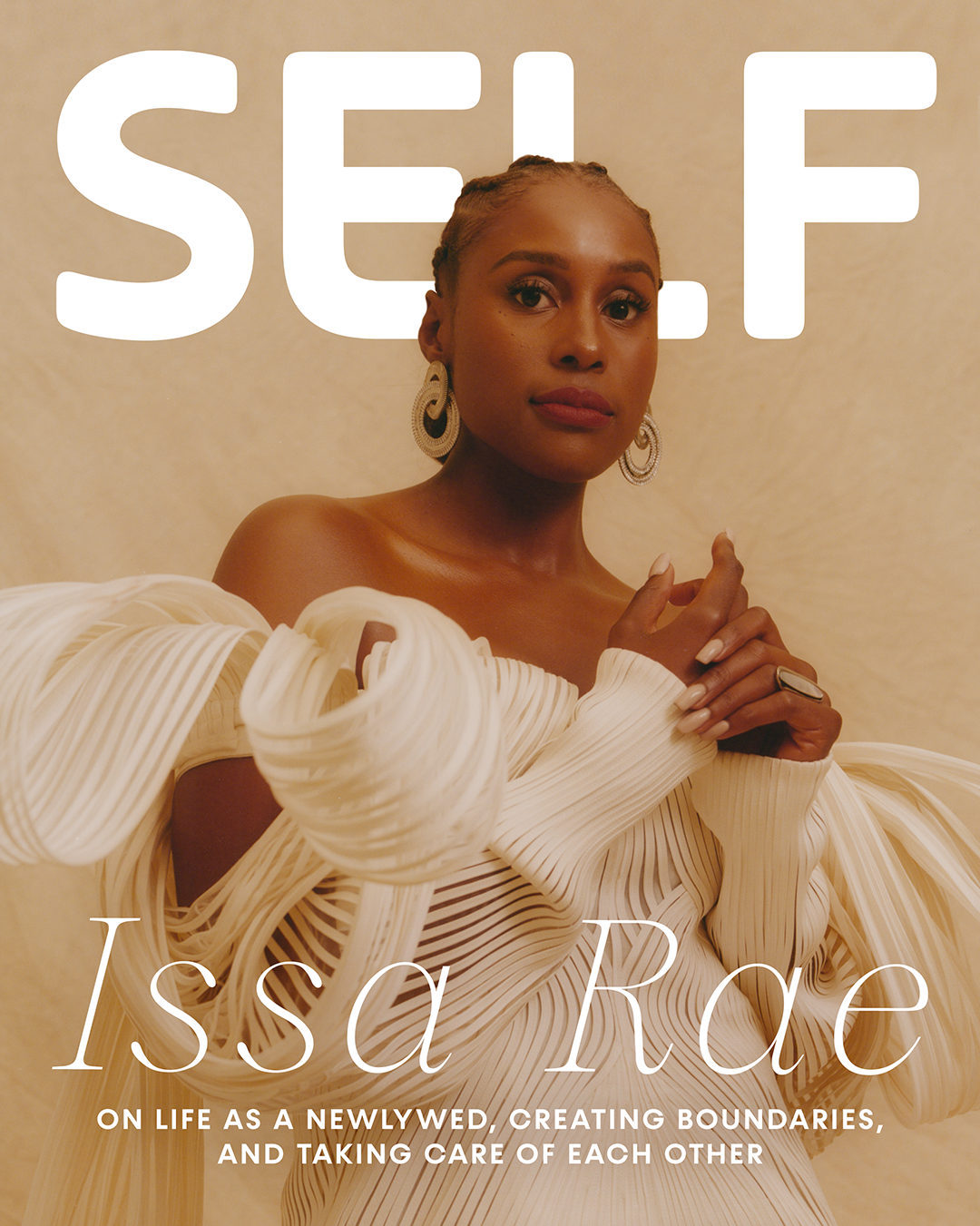 Issa Rae has been quite busy this past year despite COVID. The final season of Insecure, season five, will begin airing on HBO October 24. Issa also signed a multi-year production deal with HBO Max and has began filming her new series, Rap Sh!t, which she will write and co-executive produce. And Issa surprised us all with beautiful pictures from her surprise wedding in the south of France in July. My girl stays booked and busy. Despite all of Issa’s success, Issa still lives in the area where she grew up in South L.A. and has been actively investing into the neighborhood. Issa covers the October issue of Self. She told Self about her approach to social media and how she keeps in touch with friends. Issa has a recurring monthly date with friends because other things like work, romantic relationships and family become bigger priorities. Below are a few highlights from Self:

On living in South LA
“Living here and even having my office in South L.A. and Inglewood and just seeing what we don’t have, and the only time that resources are put into our communities are when white people are moving in, that’s so frustrating.

“We’re so used to things being taken from us. We’re so used to having to be on guard and fighting and being, in many cases, rightfully untrusting of whatever circumstances, and it’s all justified. Nothing has ever given us reason to think differently.

On her privacy and sharing photos from her wedding this summer
“I still try to be private about my personal life, but that was something that I knew was going to be shared, and I just wanted to share it on my own terms.

“I think the little time I’ve been in the industry, I’ve witnessed how so many people who are front-facing don’t have a peace and aren’t at peace, and that’s always been troubling to me. In this age of social media, where I was an avid user, I would share so much of myself, of my friend group, and it was fun because it felt like [it was] just among my friends. The more I started to seep out, the more I felt like people took ownership of me and my decisions and things that I did. That’s just not something that sat right with me, and I found that I don’t like to be the subject of conversations that I don’t initiate. There’s just something uncomfortable about that.

“There’s something really nice to have a piece of me that no one knows about or no one can talk about except for the people that are part of my life. Self-care has been having a private piece that’s just for me.”

She’s not sure whether she wants kids
“I like my life, I like this selfishness, and I know that I have a window. I’ve always felt that way, that women, Black women especially—unless you’re Viola Davis or Angela Bassett—you have a window when people are going to want to continue to see you and see what you can do. Then there are so many limitations placed upon you, and that does keep me up. I want to do as much as I can while I still can. I know it’s not the proper mentality to think that kids will slow you down, but I do feel that way.”

On seeing friends
“It’s really disheartening to realize, ‘Oh, we have to really, really make an effort to see one another. I just reached out to my group chat of friends to be like, ‘Can we at least have a standing brunch or dinner once a month?’ and everybody was down, and then I was like, ‘Oh, shit, I’m going to be out of town. I’m going to be gone.’ That’s so f-king whack.”

Issa Rae has been one of the most exciting creatives in the last decade. I have loved watching her leverage her Youtube following into her burgeoning career. I am looking forward to the final season of Insecure but am sad there will not be more episodes after this season. I know she will not be in Rap Sh!t but I am still looking forward to the series because I know her quirky stamp will be on it. I was pleasantly surprised to learn that Issa invests into her neighborhood in South L.A. The fact that she bought a coffee shop for creatives to go to work is beautiful. I love all of the other work she is doing for South L.A. and hope other BIPOC celebrities take note. I also love how Issa said she’s not sure she wants children because she loves her selfish life. Baby girl, I felt that in my soul. I made the decision not to have children when I was twenty one and over two decades later, I have not regretted not having children. I hope more women make this choice if it feels right and not feel pressured by society or family.

I somewhat agree with Issa about friendships and getting older. But what I have learned over the years is that some relationships are for seasons, some for reasons and many are for a lifetime. Learning to differentiate between the three is key. Some relationships naturally fall to the wayside and others are definitely worth the effort. I just recently reconnected with my clique from high school (I use that term lightly). We all met up for brunch a few weeks ago and now we have decided, at least while I am in Houston, to meet up every month for brunch. These friends from my youth are lifetime friends. I have also made amazing friends in my thirties and my forties and those relationships are just as strong. I am looking forward to seeing what Issa does over the next few years. In the mean time, I am going to go look at these gorgeous pictures of her.

5 Responses to “Issa Rae on keeping up with friends: ‘we have to make an effort’ to see each other”