Kate Beckinsale’s hospitalization was caused by putting on leggings 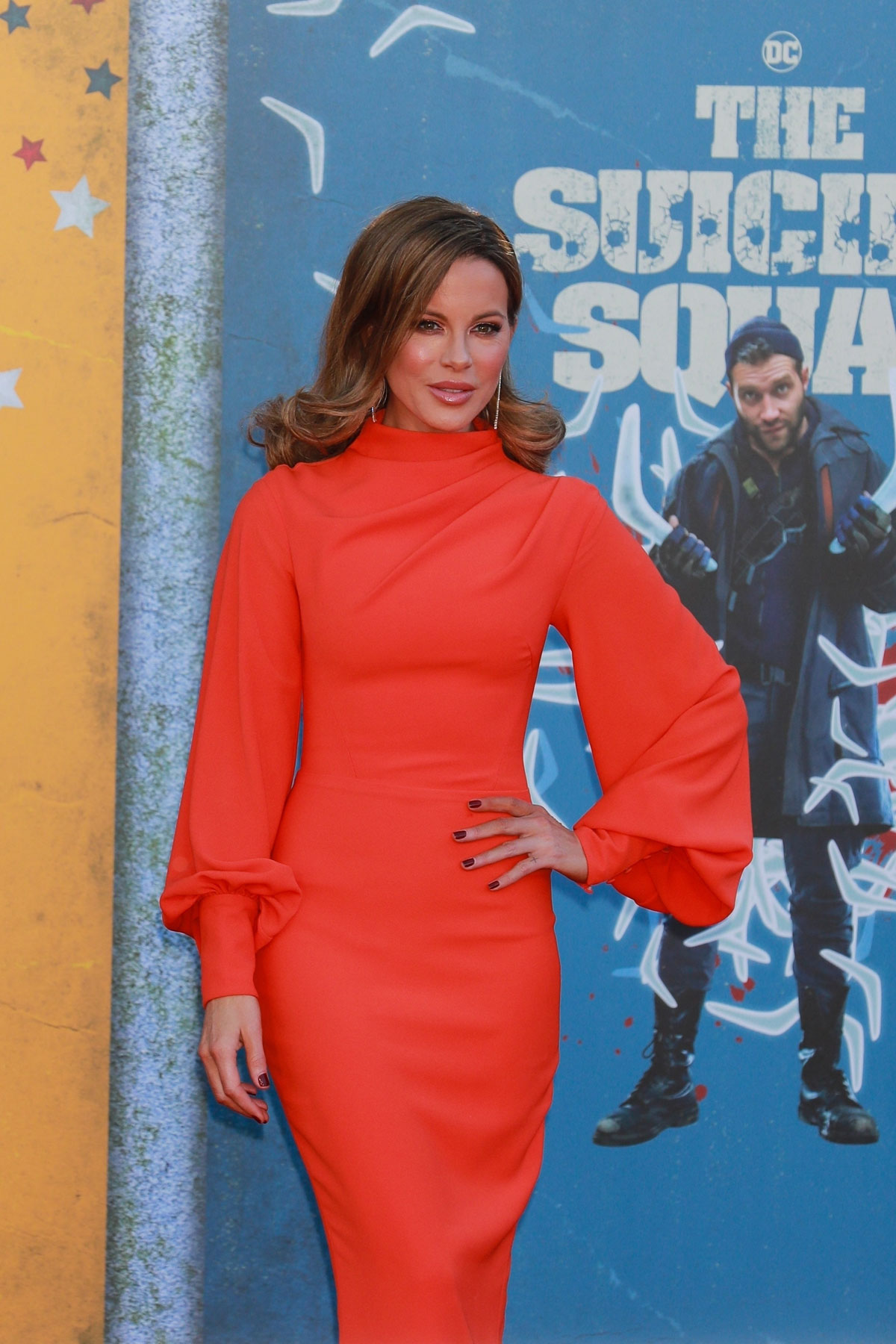 Last month my British bae Kate Beckinsale was rushed to the hospital while filming in Vegas. At the time, the only thing that we knew about the incident was that she injured her back. She posted a photo looking gawjus in a hospital bed. Kate was recently on the Late Late Show with James Corden. Kate told James that she wasn’t even filming a scene when she injured herself. Kate said she was getting dressed in her hotel room and when she bent over to pull up her leggings she heard her back pop like a “guitar string snapping.” Kate said she couldn’t “walk, lay down or sit down.” An ambulance came and that they had to roll Kate in a sheet to get her to the hospital. Below are a few more details via Today:

“Well, having done eight or nine hundred action movies, I hurt myself putting on a pair of leggings in a hotel room,” the “Jolt” star said.

While Corden said he’d assumed Beckinsale had hurt herself by falling off a building or doing another crazy stunt on set, she told him she was actually filming an “intense, emotional drama” when she sustained her injury.

“It felt like a kind of guitar string snapped. And everything was horrific,” Beckinsale said. She added that the immediate pain was “worse than having a baby.”

Beckinsale said she tried to figure out how she could get to the hospital, but added she couldn’t walk, lay down, sit down or “do anything.”

“Eventually an ambulance came and they sort of rolled out a sheet and picked me up in it like a sort of sausage and put me on a gurney and then I went to the hospital and was given a lot of drugs,” she said.

Beckinsale, who doesn’t drink, said she quickly found out during her hospital stay “what kind of a drunk” she is.

“I’m not a ‘do you know who I am, have you seen all my films’ type, which is a huge relief because I’m really glad I’m not,” she said. “But I am a ‘everybody’s trying to steal my f—— ovaries’ person.”

The way Kate recounted this story to James (video posted below) had me cracking up. Kate is hilarious. She is one of the few celebrities I follow on IG because she is so funny. I guess despite being extremely fit and looking youthful (supposedly without “help”) Kate’s body is telling her she is getting older. I have had my fair share of back injuries and my back going out. I know that sort of pain and couldn’t wish it on my worse enemy. I also thought it was insane that she hadn’t injured her back while doing some sort of stunt for an action movie which is what I thought had happened. Instead she sustained her injury by putting on a pair of leggings, quel shame. The fact that they had to roll Kate into a blanket and carry her out like sausage tells me it was a pretty bad strain.

I am glad my girl crush Kate is healthy and has mended over the last month. She looked great on the show and she has been up to her normal shenanigans on her Instagram, showing that her back is no longer injured. Hopefully, Kate has received some treatments and instructions to help her maintain great back health. On a side note, I am looking forward to seeing Dave Grohl do a drum battle with Kate’s really cute cat. That would definitely be entertaining.