Sandra Oh covers People: ‘Growing up, I never saw my face on the cover’ 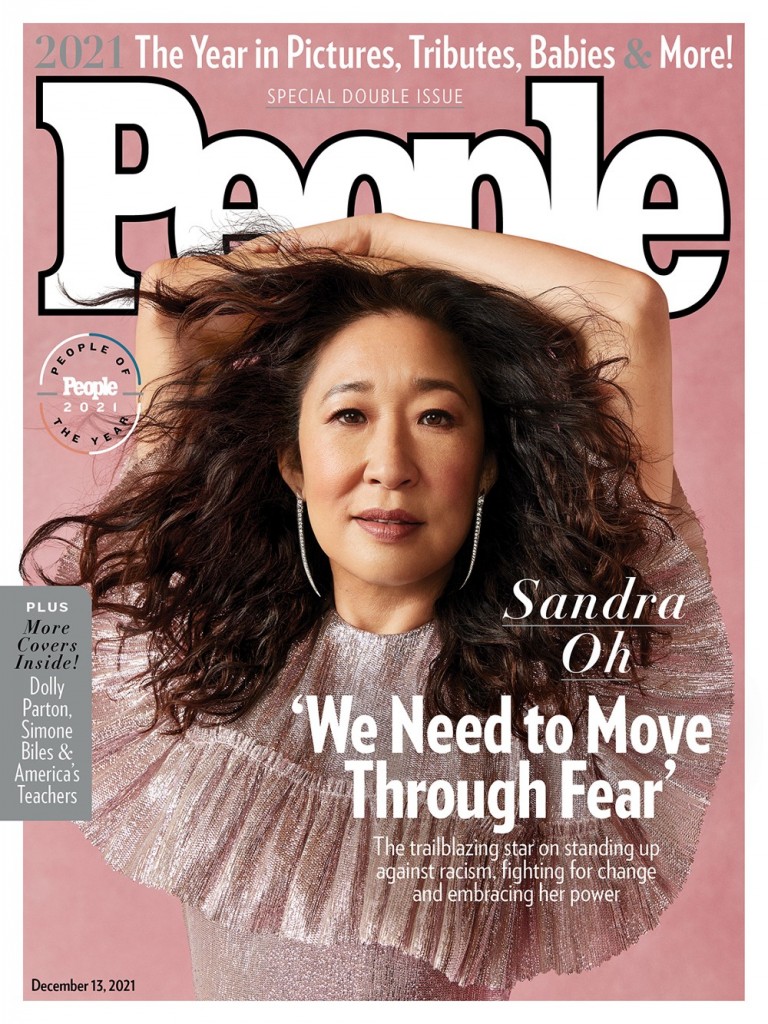 Sandra Oh is one of the four covers for People’s People of the Year. She shares the honor with Dolly Parton, Simone Biles and American teachers. That’s good company to keep. And Sandra is a great choice to stand beside them. Not only is she consistently turning out incredible work, she’s used her platform to raise visibility and promote Asian performances in Hollywood. For Sandra that means not only just having more Asian faces on screen, but Asian voices in the writers’ rooms and Asian stories and perspective being told. Like what she’s doing with Professor Ji-Yoon Kim on The Chair for which Sandra also serves as executive producer. And while Sandra is being recognized for her film work, she said seeing her face on the cover of People was huge for her. Because growing up, she never saw a face like hers on magazines.

On true progress: Progress is not just sticking a bunch of people of color [into a show] and having them speak like everyone else. The thing that I’m most proud about with The Chair is how it’s translated to people of color who are living and working in mostly white spaces. What I hope is that anyone who’s watching it can say, ‘That could easily be me.’

On attending the Stop Asian Hate rally in Pittsburgh: It was really just, ‘I want to be with people,’ and I’m not just talking Asian people. There was a lot of pain and outrage, and when that happens (the shooting at the spa in Atlanta), you need to gather together. That’s the only way to get through. If you’re standing side by side with someone who’s not your gender or not your race, you can go, ‘Okay, we have commonality.’ We need to move through fear.

On being on the cover of People: It means so much to me to be on this cover. When I was growing up, I never saw my face on the cover. To be asked to be on the cover is a great privilege, because it normalizes things for my nephews and nieces. Hopefully, they’re not missing something that I feel like I was always missing.

Obviously, as a white woman, I don’t have the context of what it would be like to not see my face on a magazine cover. I appreciate people such as Sandra taking the time to emphasis representation so I can continue my education and amplify her wordst. I read her comments today with a fist bump, but it was only a few years ago I was still pretty ignorant about what these things mean. But Sandra’s committed to uplifting Asian representation and causes. If you haven’t heard the impromptu speech she gave in Pittsburgh after the spa shooting in Atlanta, you should. I felt it when she said she went to the rally out of the need to be around people. I love that Sandra came to fill her soul and ended up inspiring her community in the process.

Sandra’s also working wonders with her show The Chair, as I mentioned. It’s a ground breaking role in many ways because of how many battles that show fights. Not just her being a woman and a woman of color leading a stuffy boys club in academia, but culture boundaries with her adopted child, ageism, grief, balance of power, entitlement – it’s a lot. I haven’t finished it yet because it’s too much for me at times. I’m committed to getting through it, but it takes a lot out of me.

In this week's issue, PEOPLE introduces its 2021 People of the Year — Dolly Parton, Sandra Oh, Simone Biles and our nation's teachers — who have all led the way in their respective fields, helping make the world a little bit better every step of the way. https://t.co/gKz0fTjncf pic.twitter.com/cAFSgxVavZ 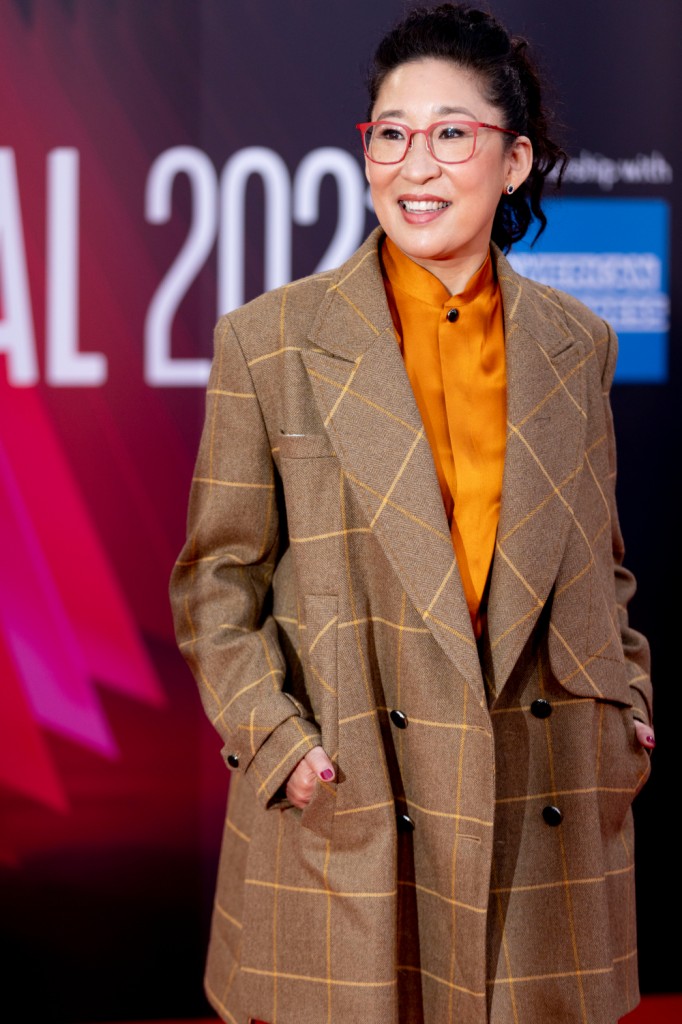 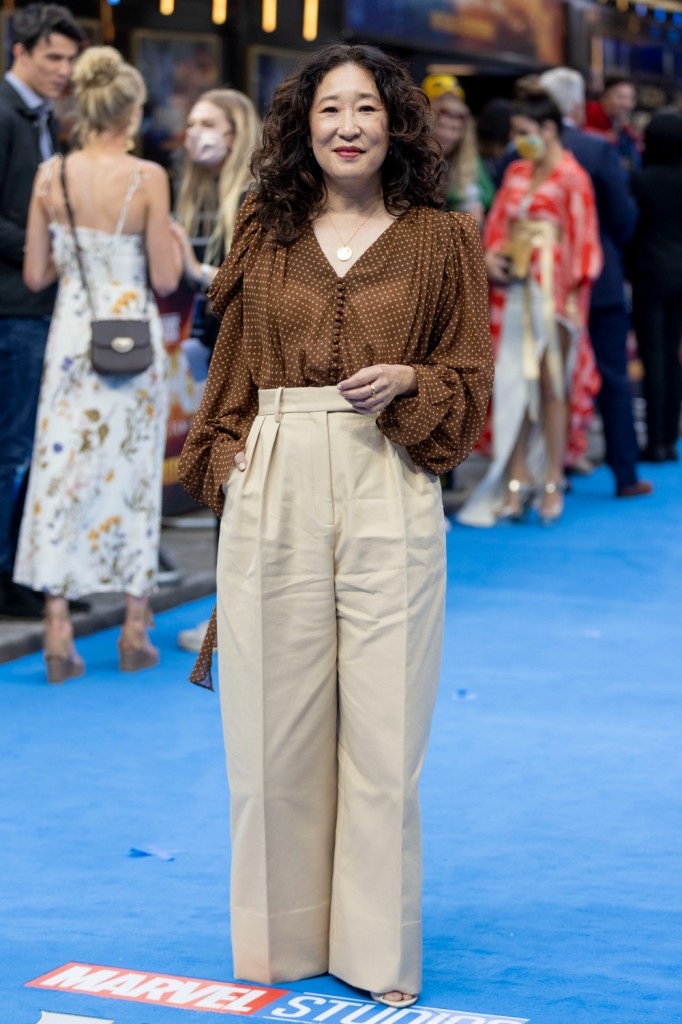 12 Responses to “Sandra Oh covers People: ‘Growing up, I never saw my face on the cover’”