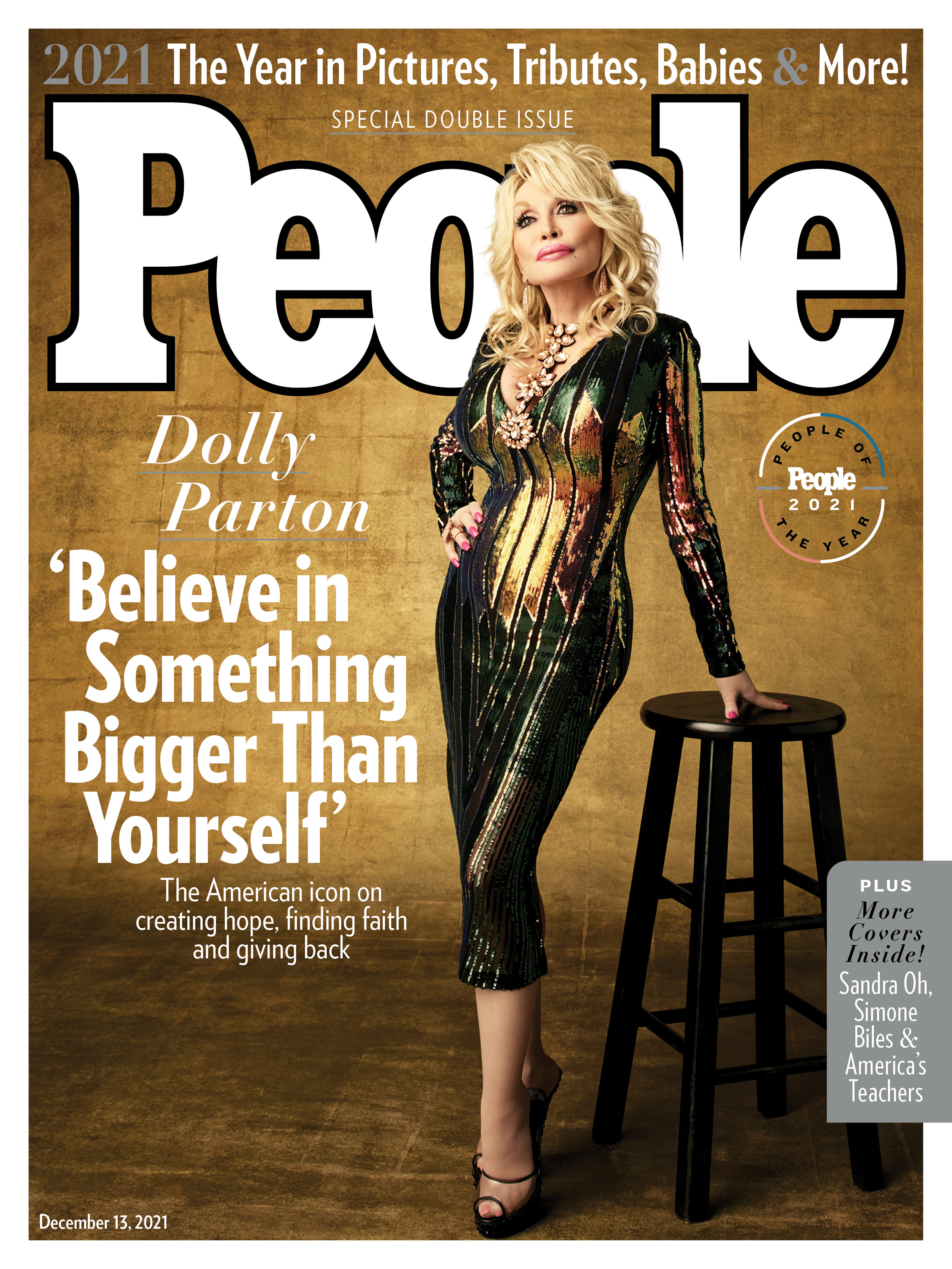 Dolly Parton is a bada** full stop. In addition to donating $1 million to Vanderbilt University to help research the Moderna covid vaccine (I got it), releasing a fragrance and co-writing a book with James Patterson, Dolly can add being one of People Magazine’s People of the Year to her list of recent accomplishments. In her cover interview with People, Dolly discussed being addicted to giving but cringing at praise for it, being a tough but fair boss, and not slowing down at 75. In fact, Dolly said that she will keep working until she “falls over dead.” A few highlights:

“I keep dreaming myself into a corner!” Parton tells PEOPLE with a laugh. “But I can’t stop now. I’ve learned you can’t just say, ‘Oh, my dream’s come true and I’m walking out of here.’ No, you’ve got to show you’re grateful and show that you’re not going to just leave it all in the hands of other people.”

In late 2020, she donated $1 million to Vanderbilt University in Nashville, which was used to fund research for the Moderna vaccine. And then in October, after devastating rain-ravaged middle Tennessee, her Dollywood Foundation raised $700,000 for flood victims. And, perhaps most personal for Parton — and inspired by her father’s illiteracy — her Imagination Library project, established in 1995, has now donated almost 170 million books to children under five.

As Parton sat down for her interview with PEOPLE, the program had just rolled out across Kentucky. Her project is now in all 50 states.

“I’m kind of addicted to the feeling of giving,” Parton says. “Knowing that I’m doing something good for someone else.”

But back to that business side of Parton. Sitting atop an estimated $350 million fortune — built from her prolific songwriting and savvy business acumen — she remains very active in all of her ventures.

And is, word has it, a tough but fair boss.

“I’m a good boss, I think,” Parton says. “I try to rule with love and compassion. But also, there’s a fine line that says, ‘She’s not a pushover.’ I’m a fair and honest person. I like to be as friendly as I can and love the people that work with me and I like to have them love me.”

That said, Parton knows some people have an agenda. “I know that we’re using each other and that when it’s time for them to go on, they can. But I want to be the kind of person, if they need to come talk to me, they can almost like as a friend and then we’ll get to the business,” Parton explains. “I don’t want anybody to be afraid to come to me.”

“Some people I have to kick their ass up one side and down the other because some people will just not listen,” she adds with a laugh. “And then you do have your creative vampires. You do have your energy vampires and you’ve got some people that just going to eat you up alive.”

I am thirty years younger than Dolly and I don’t have half her energy. I need to know where she is getting that from. Is it a magical smoothie that she drinks everyday? Dolly deserves being one of People’s People of the year because she has definitely leveraged her fame to help other people. I love that Dolly is now a Emmy winning producer and that she will be making more content for Netflix. I like how Dolly runs her business as a firm but compassionate leader. I can definitely see Dolly being someone her employees come to for advice. I also agree with Dolly about creative vampires. It is easy to become creatively enmeshed with other people and find yourself co-opting ideas.

I am still mulling over what Dolly said about not leaving your creative works in the hands of other people. If someone is born with creative gifts, being grateful is key. However at some point creatives must leave their work with others when they pass away or can’t work. The beautiful thing is, I believe that Dolly will leave an amazing legacy once she departs this plane. There will never be another Dolly but I hope that the people in charge of her legacy continue what she started. I am so looking forward to all of the projects that Dolly will be pushing out over the next few years. Here’s to many more years of Dolly.