Sweden’s Princess Sofia got thick, blunt-cut bangs: love them or hate them? 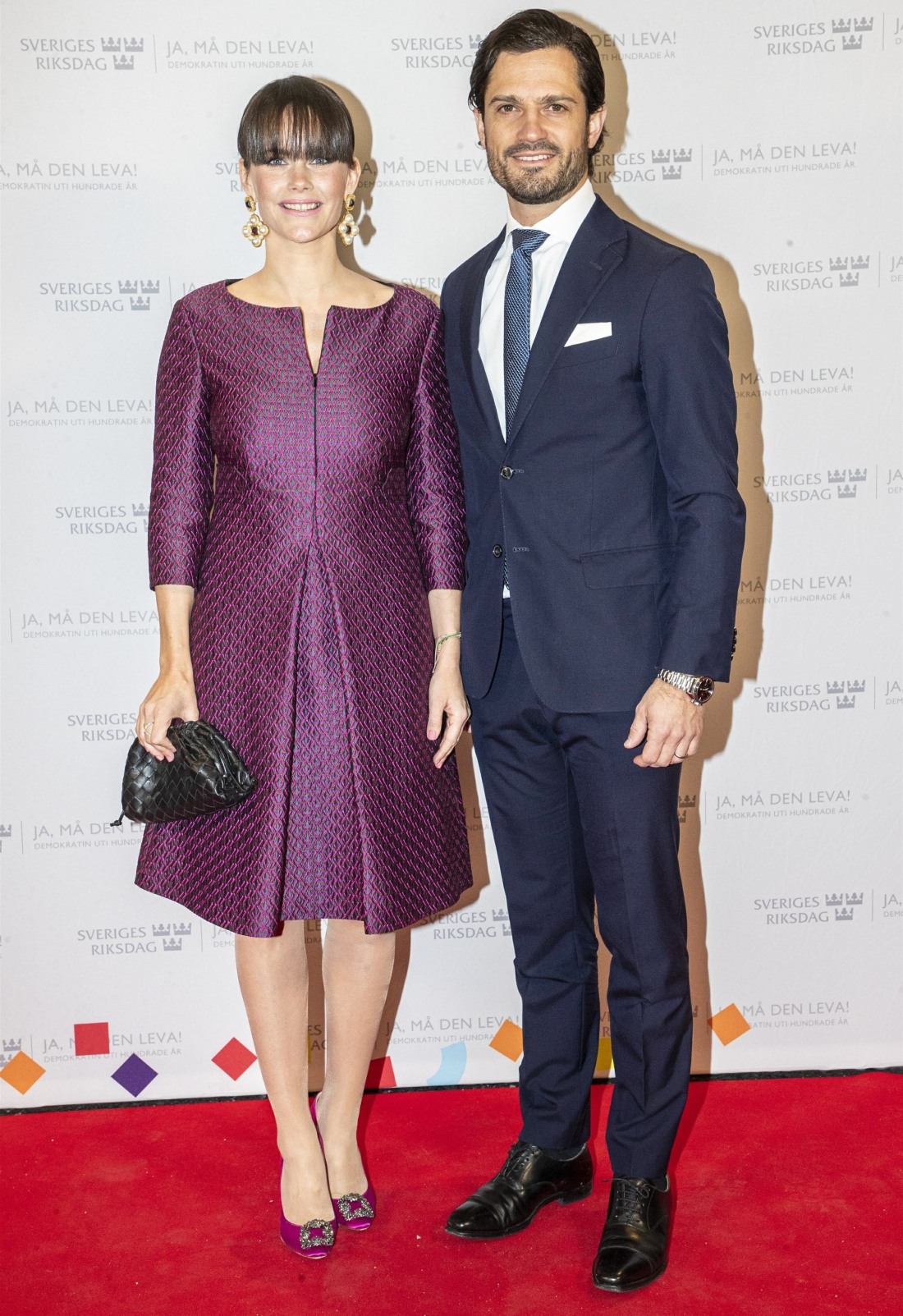 Last March, Sweden’s Princess Sofia gave birth to her third son in five years’ time. She is tired!! Prince Carl-Philip likes to keep her knocked up. After the birth of Prince Julian, Sofia tried something new with her hair: she got some feathery “mom bangs” which looked very ‘70s to me. She has the face to pull them off, and I’m saying as someone who dislikes (even “hates”) most bangs. But some women can pull off some fringe-variations, and Sofia was one of those chosen few. Unfortunately, those retro mom bangs gave her a terrible idea: “maybe I should try thick blunt-cut bangs?” NOOOOooooooOOOooOOoo.

Sofia and Carl-Philip stepped out on Monday for a concert called Celebrate Democracy – 100 Years. It was the centenary of Sweden electing women to their Parliament. This was the big debut for the bangs trauma. I’m stuck on the why and how of it though – when did these happen? And why did they happen? I’m all for marking a new year with a “fresh start” hairstyle, but this is not the way, peeps. Was her New Year’s resolution “try out terrible, flat-ironed-looking blunt bangs and spend the next six months growing them out”? 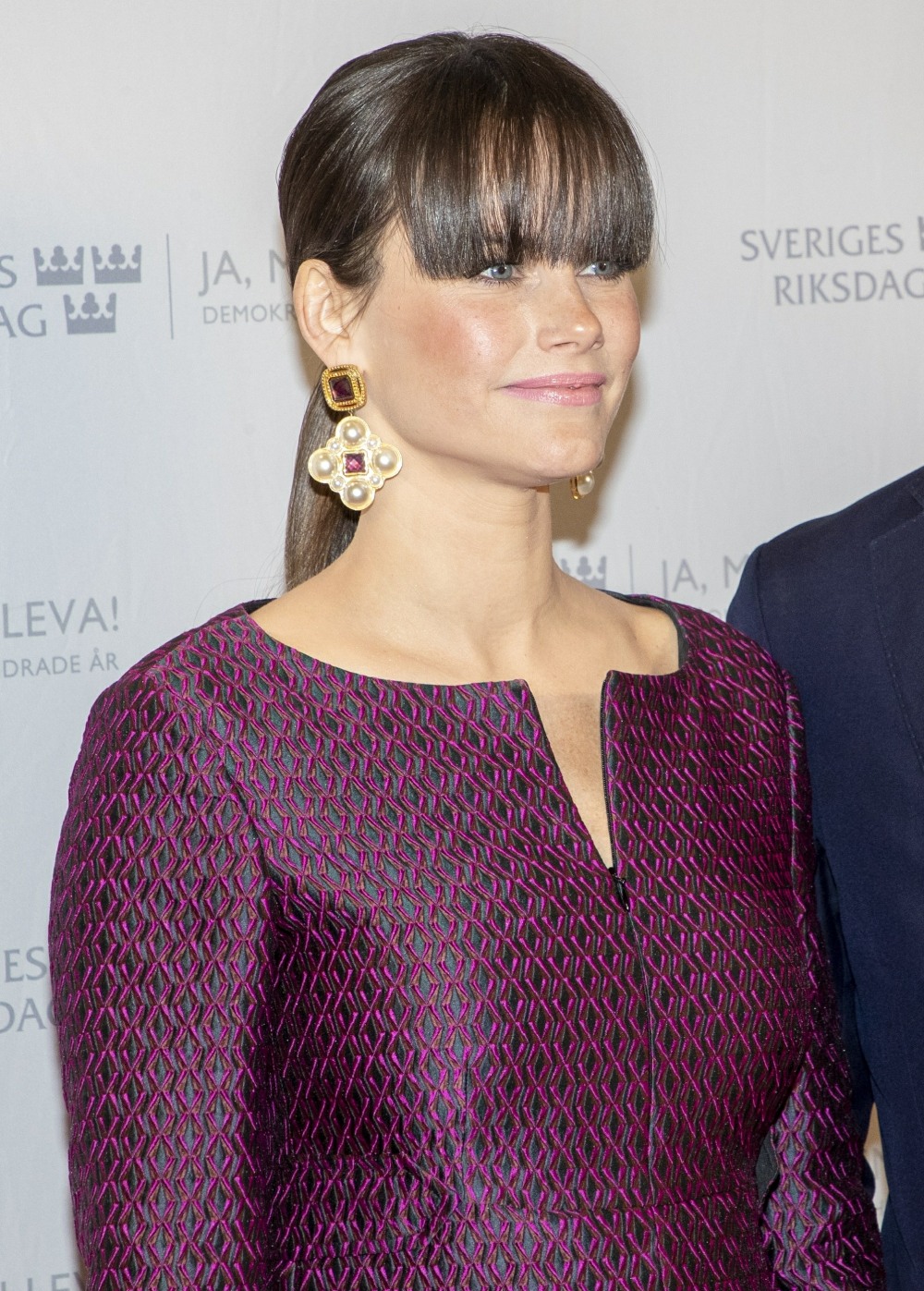 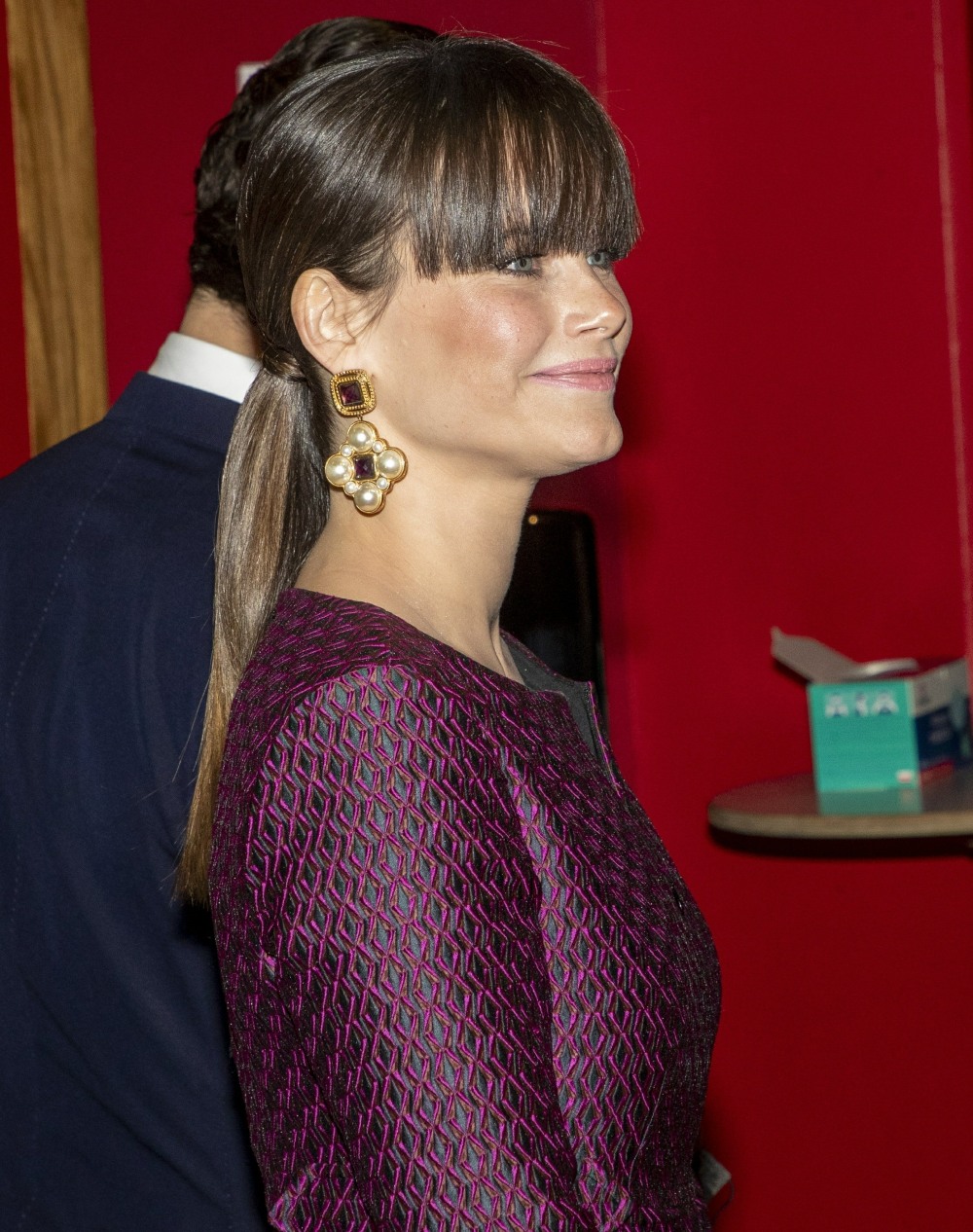 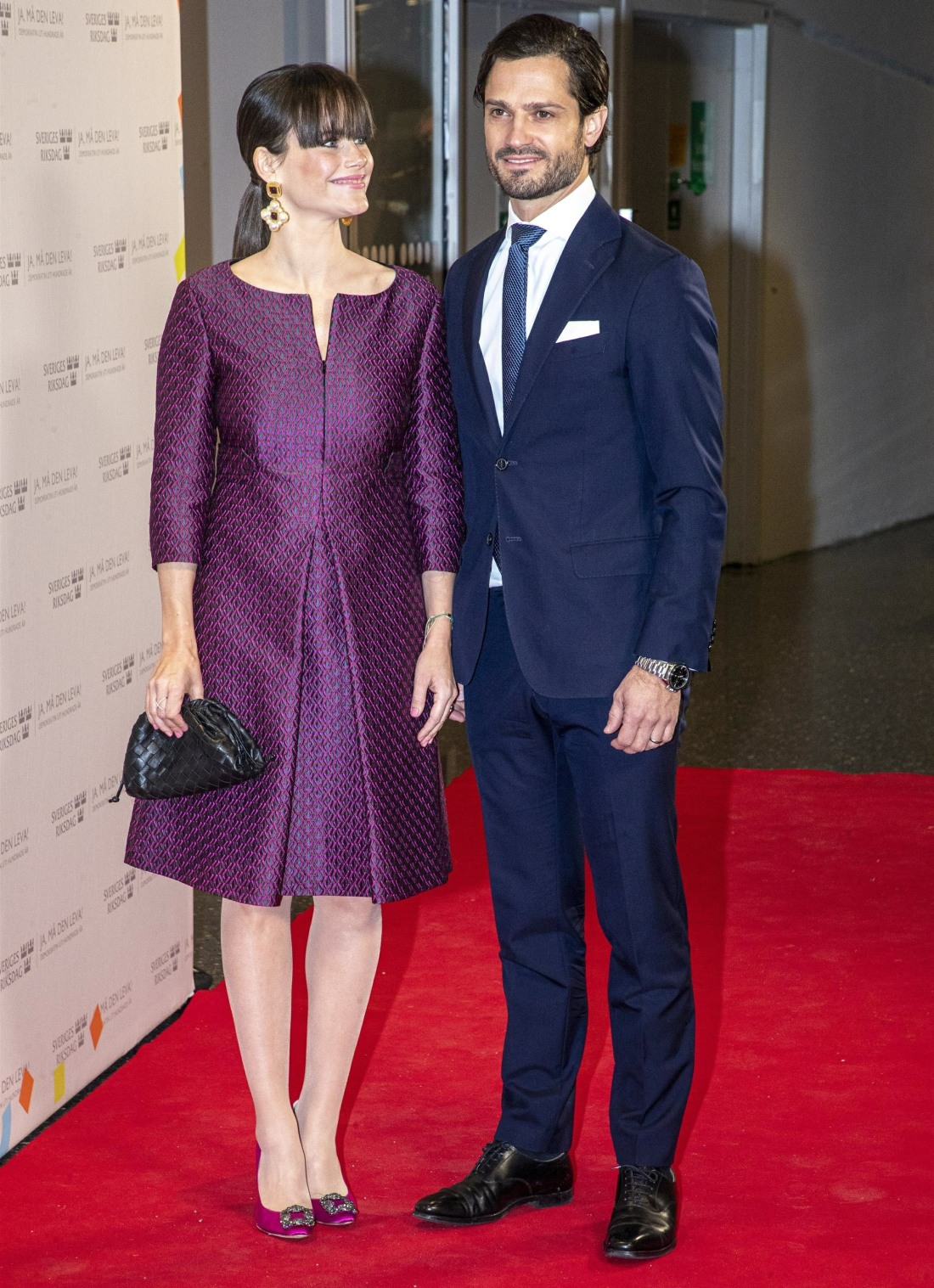 35 Responses to “Sweden’s Princess Sofia got thick, blunt-cut bangs: love them or hate them?”