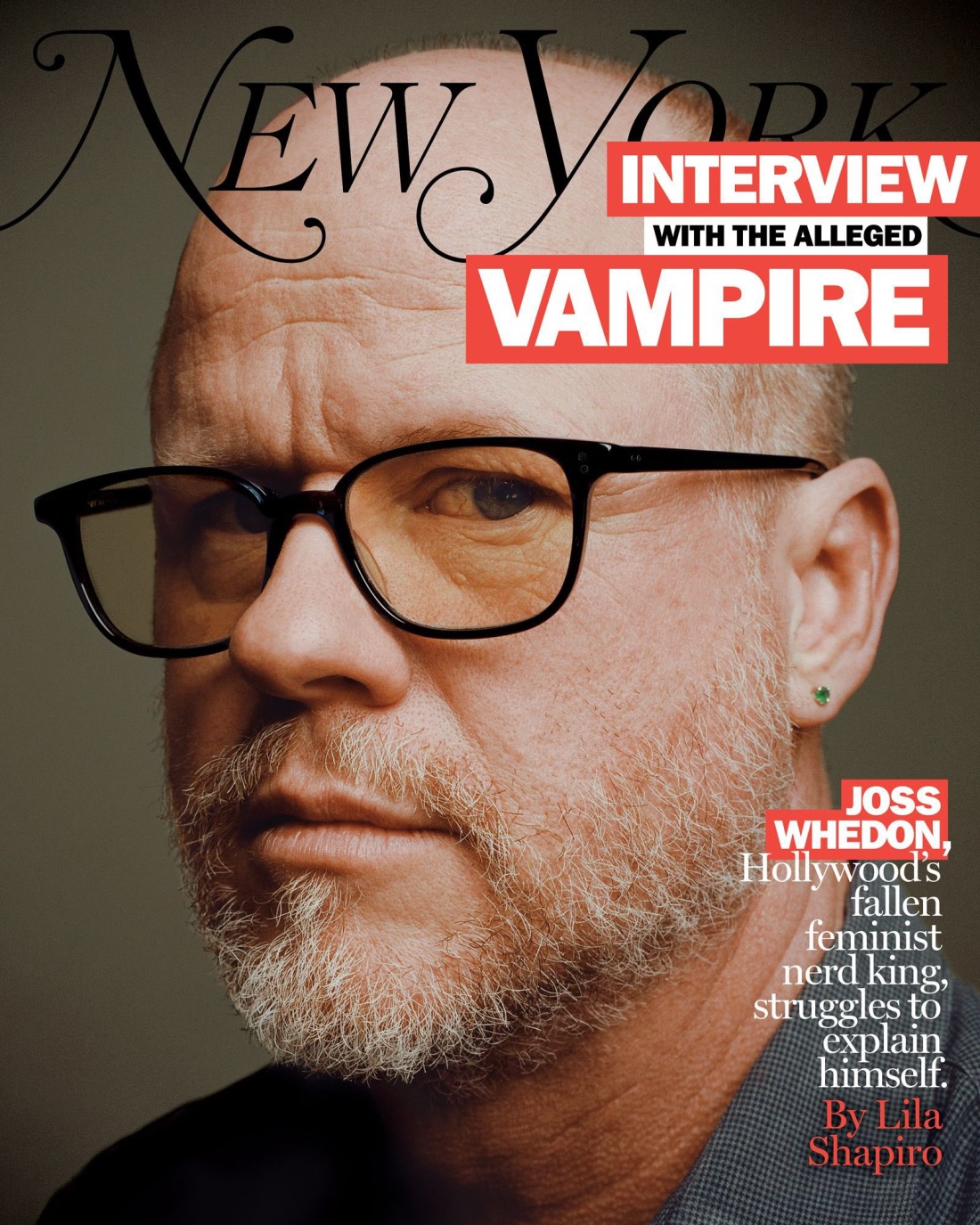 Joss Whedon’s fall from nerd-god to toxic POS happened over the course of the past six years or so. Before 2017, the bad stories about Whedon were mostly unverified rumors. Then his ex-wife wrote that he was a “fake feminist” and a compulsive cheater who used women and discarded them. Then Ray Fisher accused Whedon of racism and toxicity while they worked together on Justice League. Then Charisma Carpenter and Michelle Trachtenberg told their (haunting) stories about working with Whedon, and the floodgates were open. Even Gal Gadot had an issue with him: he tried to threaten her and her career when they worked together on Justice League. Now Joss Whedon feels it’s his time to tell his side of the story, to New York Magazine. This interview is so bad – he’s lived inside his own ass for so long, he doesn’t even understand how badly he comes across. You can read the full piece here. Here are some of the worst parts:

Affairs on ‘Buffy’: A high-level member of the Buffy production team recalled Whedon’s habit of “writing really nasty notes,” but that wasn’t what disturbed her most about working with him. Whedon was rumored to be having affairs with two young actresses on the show. One day, he and one of the actresses came into her office while she was working. She heard a noise behind her. They were rolling around on the floor, making out. “They would bang into my chair,” she said. “How can you concentrate? It was gross.” This happened more than once, she said.

On Michelle Trachtenberg. Michelle claimed there had been a rule forbidding Whedon from being alone in a room with her on set. Whedon told me he had no idea what she was talking about, and Trachtenberg didn’t want to elaborate. One person who worked closely with her on Buffy told me an informal rule did exist, though it was possible Whedon was not aware of it. During the seventh season, when Trachtenberg was 16, Whedon called her into his office for a closed-door meeting. The person does not know what happened, but recalled Trachtenberg was “shaken” afterward. An adult in Trachtenberg’s circle created the rule in response.

On Charisma Carpenter: “I was not mannerly,” he said. Still, he was bewildered by her account of their relationship. “Most of my experiences with Charisma were delightful and charming. She struggled sometimes with her lines, but nobody could hit a punch line harder than her.” I asked if he had called her fat when she was pregnant. “I did not call her fat,” he quickly replied. “Of course I didn’t.”

Whedon on his ‘Buffy’ affairs: “I feel f–king terrible about them,” he said. When I pressed him on why, he noted “it messes up the power dynamic,” but he didn’t expand on that thought. Instead, he quickly added that he had felt he “had” to sleep with them, that he was “powerless” to resist. I laughed. “I’m not actually joking,” he said. He had been surrounded by beautiful young women — the sort of women who had ignored him when he was younger — and he feared if he didn’t have sex with them, he would “always regret it.” Looking back, he feels shame and “horror,” he said.

On Gal Gadot: Gadot didn’t care for Whedon’s style either. Last year, she told reporters Whedon “threatened” her and said he would make her “career miserable.” Whedon told me he did no such thing: “I don’t threaten people. Who does that?” He concluded she had misunderstood him. “English is not her first language, and I tend to be annoyingly flowery in my speech.” He recalled arguing over a scene she wanted to cut. He told her jokingly that if she wanted to get rid of it, she would have to tie him to a railroad track and do it over his dead body. “Then I was told that I had said something about her dead body and tying her to the railroad track,” he said. (Gadot did not agree with Whedon’s version of events. “I understood perfectly,” she told New York in an email.)

On Ray Fisher: Whedon says he cut down Cyborg’s role for two reasons. The story line “logically made no sense,” and he felt the acting was bad. According to a source familiar with the project, Whedon wasn’t alone in feeling that way; at test screenings, viewers deemed Cyborg “the worst of all the characters in the film.” Despite that, Whedon insists he spent hours discussing the changes with Fisher and that their conversations were friendly and respectful. None of the claims Fisher made in the media were “either true or merited discussing,” Whedon told me. He could think of only one way to explain Fisher’s motives. “We’re talking about a malevolent force,” he said. “We’re talking about a bad actor in both senses.”

He also said words about his ex-wife, and he denied specific incidents and stories of him berating writers, acting sleazy towards young actresses and digging his fingers into a costume designer’s arm because she disagreed with him. The NY Magazine fact-checks him throughout the piece, noting that many of the general claims – he makes women cry, he gets off humiliating women, he likes to play power games with sexual partners, he threatens actresses’ careers – have multiple people verifying them. It’s bonkers that his denials are basically: Ray Fisher is a bad actor and he sucks; Gal Gadot’s English is bad; I didn’t know I wasn’t allowed to be alone with a 16-year-old actress because I did something to terrify her; I had to cheat on my wife with young women because I was bullied as a kid. This dude is a f–king psycho. 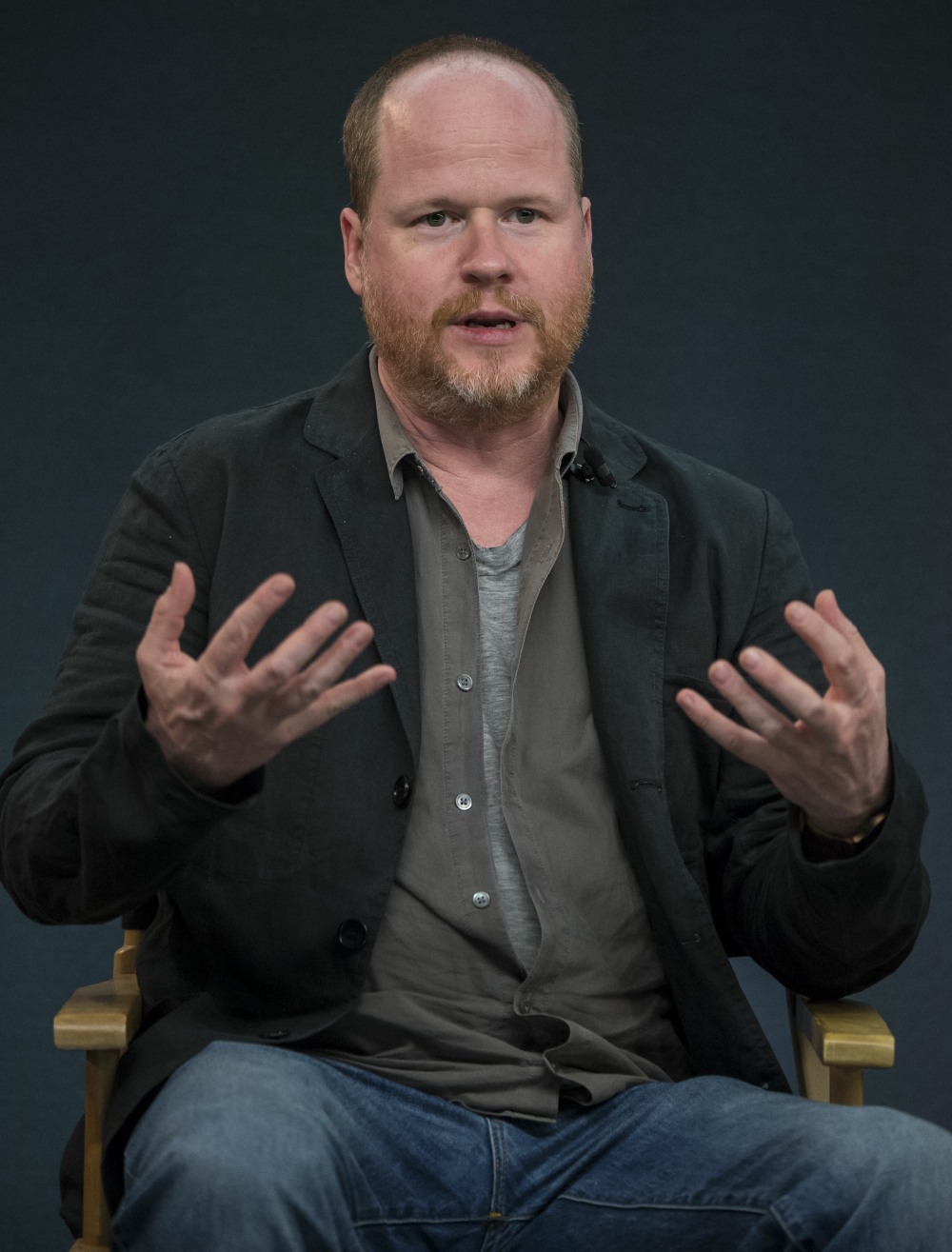