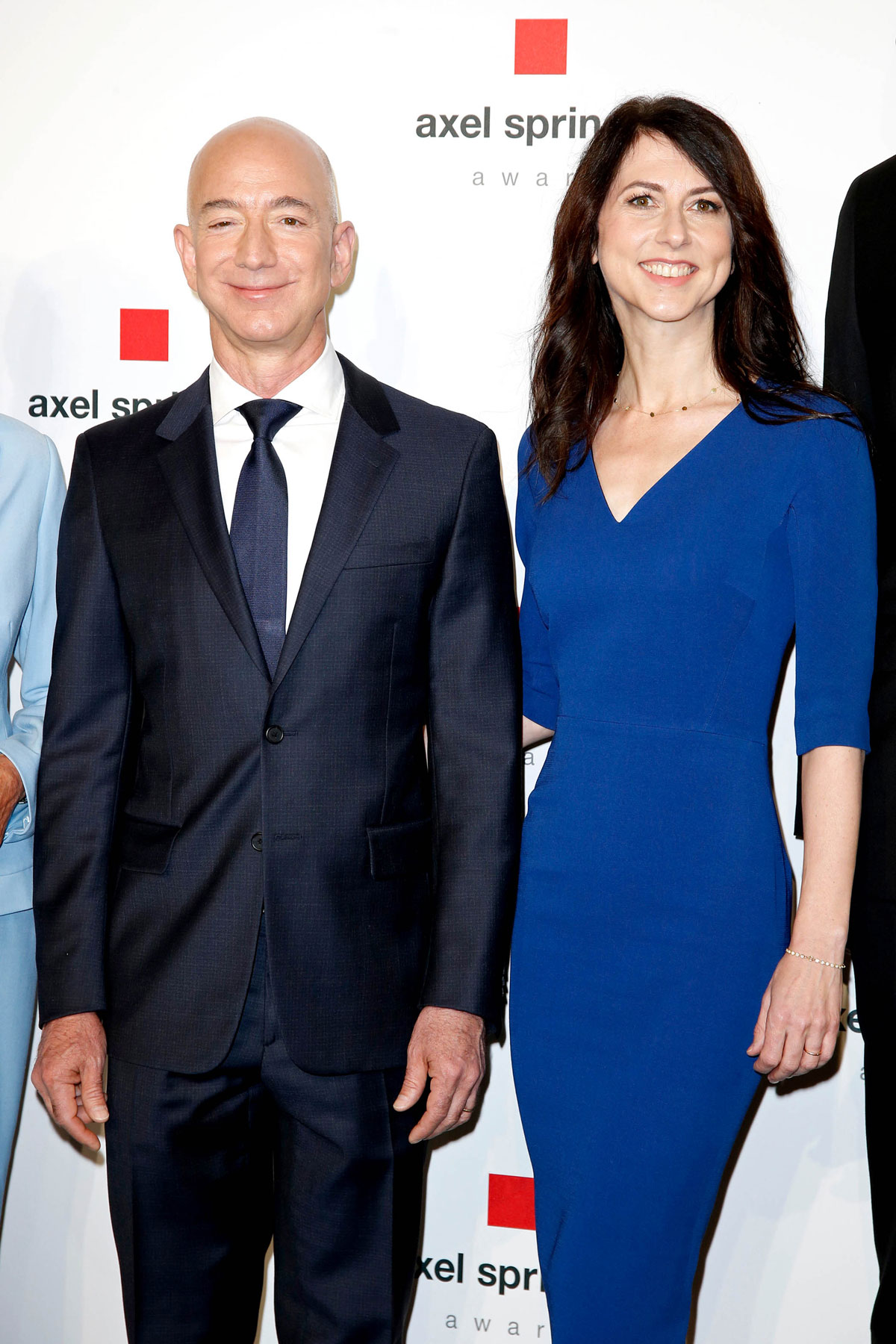 Remember when Jeff Bezos, the second richest man in the world, went to the Baby2Baby Gala last fall and gave them $500,000? It sounds like a huge sum of money and I’m sure they were grateful, but Bezos is worth $176.5 billion. Vanity Fair reports that he’s given away a mere 1% of his worth to charity, all while buying yachts for his yacht (for which an historic bridge in Rotterdam is about to be dismantled) and building phallic spaceships he charges celebrities to ride in. Amazon also has punitive union-busting employment policies that micromanage employees and barely allow for breaks.

Enter MacKenzie Scott, Jeff’s ex, who has made it her life’s work to give away her fortune. The last time we talked about her, last summer, she was giving away $2.47 billion to 286 organizations, with a focus on educational, arts and cultural institutions that address inequalities in the US. This was her third distribution of donations, she gave away another $6 billion in two rounds in 2020. Unlike typical large donations, there are absolutely no stipulations as to how the money should be used. Mackenzie has since published two more essays stating that her team is continuing to make donations but that they are not going to publish the names of the organizations they’re helping. It is up to those charities to go public. A nonprofit named Communities in Schools has issued a press release stating that MacKenzie’s foundation has given them $133 million, making it their largest donation ever. They work in schools throughout the US to help reduce the dropout rate.

MacKenzie Scott has donated $133.5 million to educational nonprofit Communities in School, an organization that helps students navigate issues inside and outside of the classroom.

The billionaire philanthropist’s donation is the largest unsolicited gift in the program’s history.
Communities in School works in 2,900 schools in America, supporting students at risk of dropping out and providing resources to help young people be successful, according to its website. The program helps 1.6 million kids in 26 states, and Scott’s donation will allow the charity to keep “expanding to touch more lives and impact more students,” CEO and program alumni Rey Saldaña told “CBS Mornings.”

The organization places staff inside schools to establish one-on-one connections with students to help them overcome challenges, and meets with schools and local service providers to give students the critical resources they need, according to its website. It has been supporting those under academic stress throughout the pandemic, it said.

CIS announced Thursday that it plans to broaden its reach across the country, thanks in large part to the donation by Scott, the ex-wife of Jeff Bezos, who was CEO of Amazon (AMZN) until last year. (Bezos is now the company’s executive chairman.)

“At a time when the global pandemic has particularly hurt students with fewer community resources or adequate supports, this investment will help CIS to carry out its mission to break down the systemic barriers that stand in the way of opportunity and student success,” the organization said in a press release.

This is lovely and is likely part of another huge distribution of funds that MacKenzie’s team made under the radar. I would not be surprised if this was part of another $3 billion they’ve given away. In her last essay, MacKenzie wrote that they’re working on launching a website for the foundation sometime this year. They will have a searchable database of the charities they’ve supported, but it’s up to the non-profit organizations whether they will be included in that. They strive to have “humility [and] respect for non-profits” and focus “attention on their work and experience.”

Last December, MacKenzie wrote about how small acts of kindness and generosity can inspire and help others. She does not want her generosity to be known as philanthropy as she finds that term limited to the richest people, but as “giving,” something that all of us can do. MacKenzie remembers a dentist giving her free dental work when she couldn’t afford to fix her teeth, and a roommate giving her $1,000 so she could stay in college. That roommate has since gone on to start a company giving loans to students without co-signers. Although she didn’t write this, it surely sounds like MacKenzie has repaid her friend’s kindness many times over.

She has not been on a red carpet since she divorced this clown’s ass! She is a boss!
Embed from Getty Images