Ellen Pompeo: Katherine Heigl was telling the truth about the Grey’s set 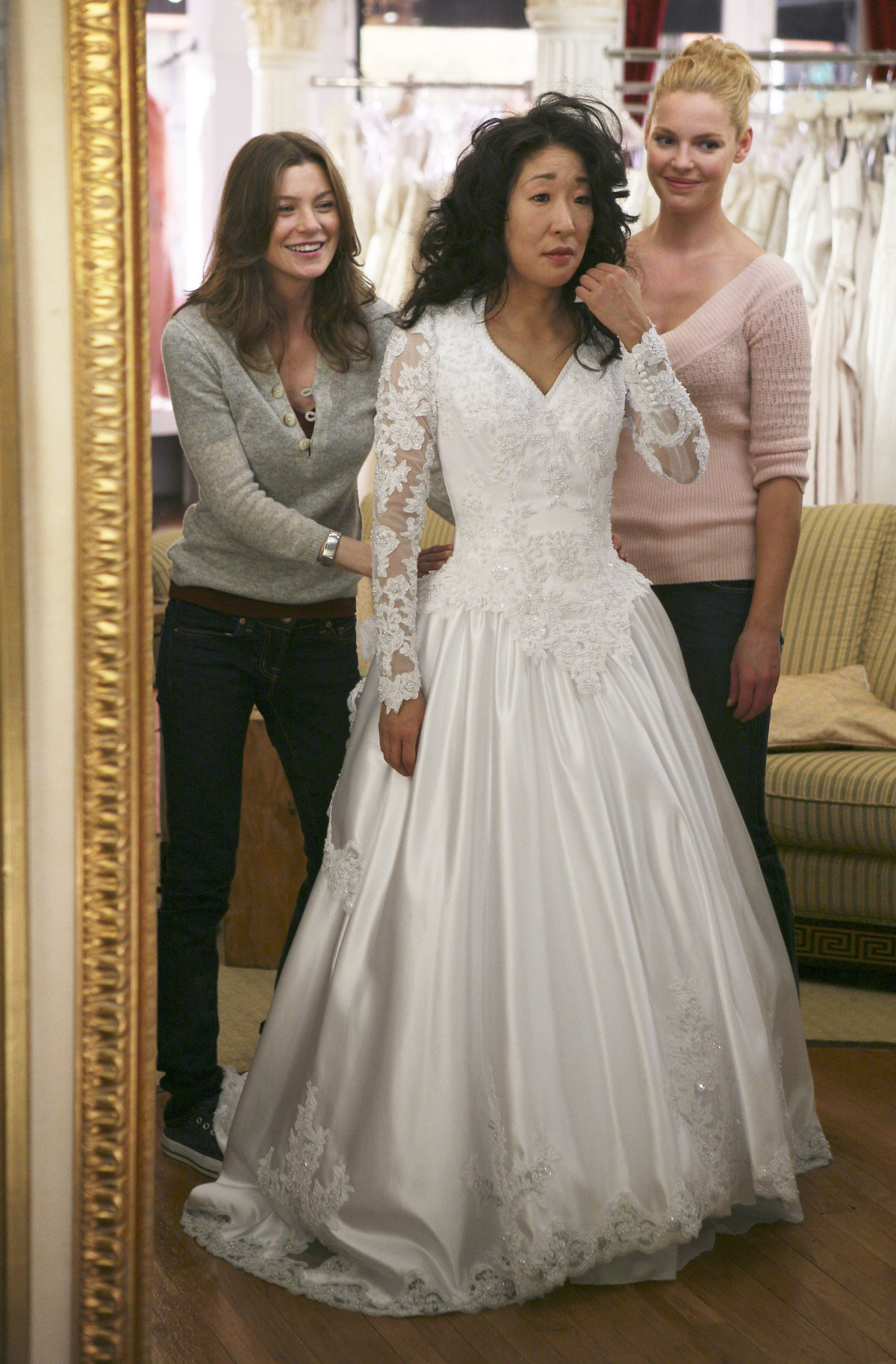 Spoilers for past seasons of Grey’s Anatomy
Ellen Pompeo debuted a podcast last year, in which she interviews notable guests about various topics. She told that absurd story about Denzel in the Debbie Allen episode. But aside from that, her podcast has some pretty interesting guests. In addition to her current and former Grey’s Anatomy costars, she’s also interviewed interesting people like Yara Shahidi, Michele Harper, Lindsay Peoples Wagner, etc. Basically, the podcast is more than that stupid story.

In the latest episode, Ellen’s guest is former/returning Grey’s Anatomy costar Kate Walsh. Kate recently revived her Addison Montgomery character on Grey’s for the first time in 10 seasons and will be returning for a few more episodes this spring. Ellen and Kate have a nice, easy rapport. It’s friendly and familiar, but not overly close, and mirrors their characters in that way. Of course, the two discussed Grey’s and their time together on the show and unexpectedly, Katherine Heigl came up as they were discussing work/life balance. Both women agreed with Katherine’s past comments about the long hours on TV sets.

The actress, 52, backed her former Grey’s Anatomy costar’s comments about the long and grueling hours for filming the long-running ABC medical drama during the latest episode of her Tell Me podcast.

Joined by another Grey’s Anatomy alum, Kate Walsh — who is set to return to the series for another guest arc in the show’s current season — Pompeo and Walsh, 54, discussed comments that Heigl, 43, made over a decade ago about working on the series.

“I remember Heigl said something on a talk show about the insane hours we were working and she was 100 percent right,” Pompeo said Wednesday. “And had she said that today, she’d be a complete hero. But she’s ahead of her time, made a statement about our crazy hours and of course, [it was like] let’s slam a woman and call her ungrateful.”

Added Pompeo: “When the truth is, she’s 100 percent honest and it’s absolutely correct what she said. She was f—— ballsy for saying it — she was telling the truth. She wasn’t lying!”

Heigl’s comments about the long hours on the Grey’s Anatomy set were made during a 2009 episode of The Late Show with David Letterman. At the time, the medical series was in its sixth season.

“I’m gonna keep saying this ’cause I hope it embarrasses them,” the 27 Dresses star shared during her appearance, explaining how a typical workday for stars was 17 hours, which she described as being “cruel and mean.”

“It’s made for a machine, it’s as if we’re a camera or a mic that just goes and goes and goes,” Walsh added. “And it’s not conducive to any kind of healthy habits.”

Grey’s Anatomy — which airs Thursdays at 9 p.m. ET/PT on ABC — returns to television May 5.

[From People via Yahoo! Entertainment]

If Katherine Heigl made those comments in 2009, it was right around the time she kept getting in trouble for comments that were perceived as rude and ungrateful. I wasn’t watching the show as it aired then, but even I remember the tabloid narrative. Supposedly Katherine had let her movie success go to her head and was rude on the Grey’s set and publicly complained about the quality of her storyline in season 4 — a season that was cut short by the writers’ strike of 2008. She even went so far as to withdraw her name from Emmy consideration, saying that the work didn’t merit it, which kind of seems like a slap in the face of the writers. And then her Izzy character got the ghost sex cancer wedding storyline in season 5 and was unceremoniously written off in season 6. There were even unconfirmed rumors Izzy was supposed to come back and die in the hospital shooting episode, but Katherine didn’t show up for the guest appearance. All this to say, she was persona non grata around Grey’s and Shondaland for awhile. There was even a point where Shonda used her name as a synonym for asshole, saying “there are no Heigls” about one of her other sets.

Anyway, Ellen and Kate agreeing with Katherine now is a bit weak. I don’t remember those comments Katherine made about the long hours because she was saying so much other stuff around then, so the most reasonable and therefore least headline-worthy comments got lost in the shuffle. What Katherine said was perfectly reasonable, except the part about “I hope it embarrasses them.” I think most people would balk at that. But I don’t remember anyone from the show, and definitely not Ellen, ever agreeing with her back then. Maybe because they were fed up with her from on-set interactions, or a little bitter over those popular movies, or trying to stay on Shonda/production’s good side, I don’t know. It’s easy for them to agree with Katherine now, on this very narrow issue, when work/life balance and burnout is so prevalent in the public consciousness. We’ve heard again and again that the set was toxic. It would have been a wild podcast if they spilled more dirt on what things were actually like off-camera at that time, but alas, we will have to continue to wait for that tea. 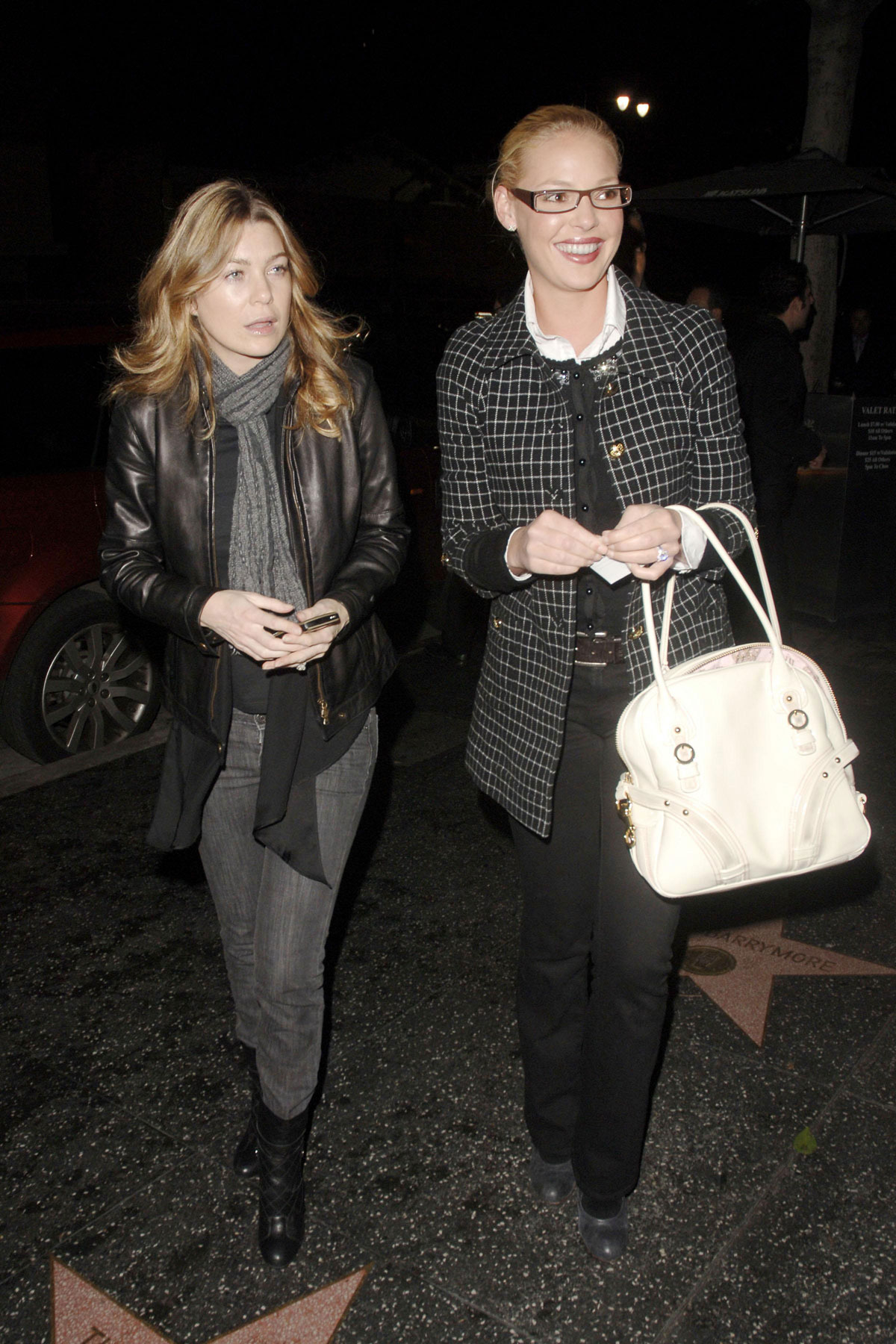 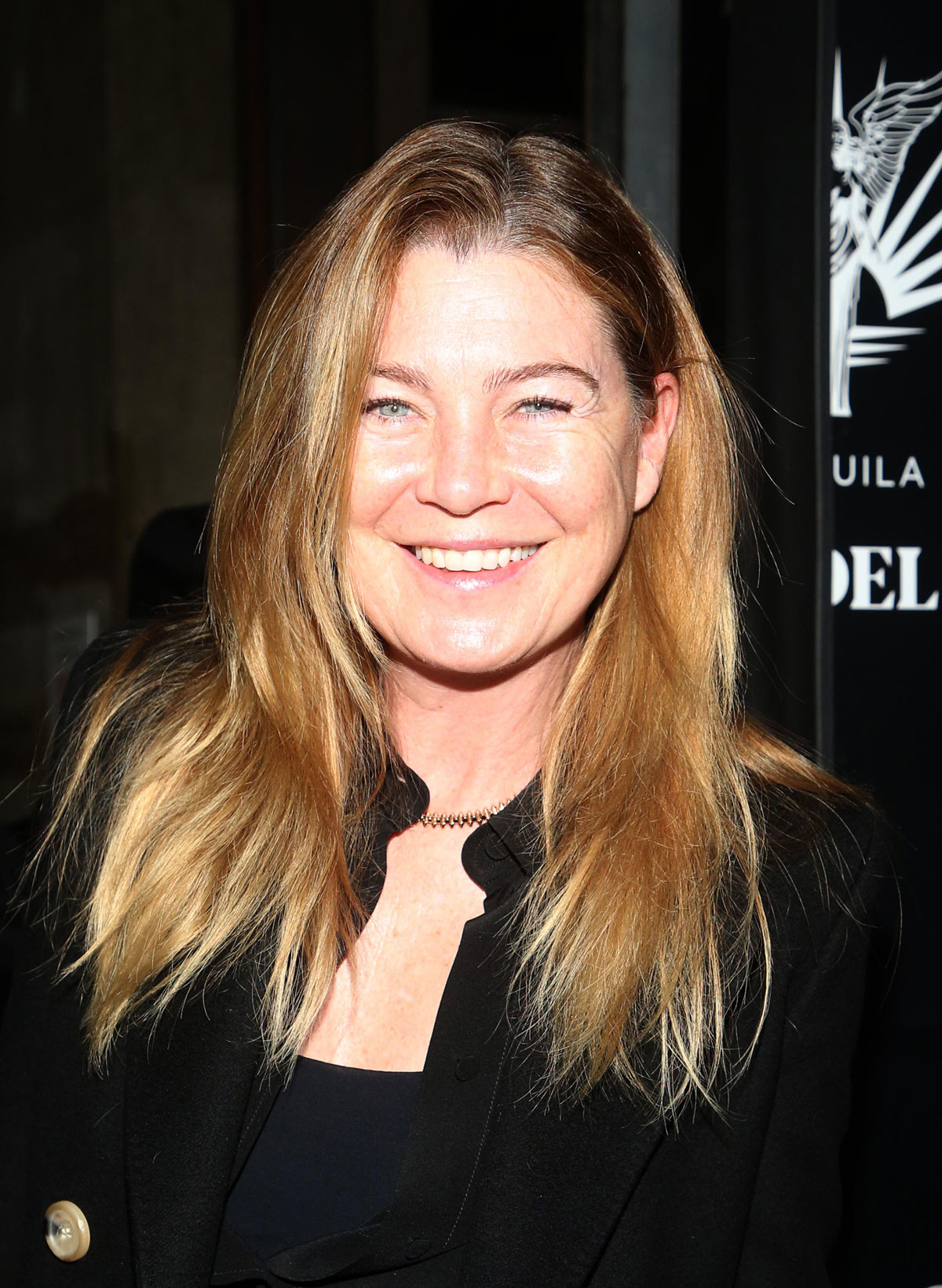 60 Responses to “Ellen Pompeo: Katherine Heigl was telling the truth about the Grey’s set”