Camila Cabello: ‘People look at pictures of celebrities and want to change their diet‘


I think everyone has a celebrity nemesis and mine is actually not Camila Cabello because that would be giving her too much credit, but she irks me. Even before I became aware of her racist past, I didn’t like her vibe or her bangs/forehead situation and I didn’t see the appeal or understand why she was being pushed so hard.

But I did feel bad to learn that she’s been pretty consistently body-shamed over the past couple of years, usually after being papped at the beach/pool. She’s spoken out about it before (the Tik Tok video was painful for me), and again just last month. Camila was photographed in a bikini at the beach in Miami and then wrote about body image and what she was thinking at the time. In a wide-ranging exclusive with People, Camila talked about body image and what led her to write that post.

Cabello feels far more grounded these days, but she still faces difficult moments. Last month, she posted a lengthy note to social media about getting photographed by paparazzi during private beach trips in her native Miami and the uncomfortable toll it takes on her mental health and body image. Fans responded positively, though the message was difficult for the musician to share.

“I hesitated because I think it’s vulnerable to post behind the scenes things like that,” explains Cabello. “I also recognize the immense privilege I have and the life I live, so there’s always a risk that I’m like, ‘Are people just going to think I’m whining?'”

“People can often look at these pictures of celebrities and want to change their diet or aspire to that,” she continues. “I thought it was important for me to be like, ‘Hey, this isn’t necessarily something to aspire to. I might look a certain way, but I’ve had a really s—ty time, and that’s not a good way to be.”

Cabello’s also aware that opening up about such hardships doesn’t eradicate them, but she hopes to help others by letting them know what an A-list, red carpet-walking celebrity like her is really feeling behind closed doors. “I don’t have a solution for it, and I struggle with it all the time, even after that post. At the Met [Gala], I struggled with it too,” she says. “It’s an ever-present struggle, and I think a lot of women feel that way.”

Someone at her beach club is definitely tipping off the photogs, right? Camilia was definitely very vulnerable in her Instagram post and it was so specific that even I felt I could relate to her and I don’t like her. I typically feel self-conscious being photographed in a bikini and few people, if any, will see those pics. But Camila’s pics are splashed across the pages of various tabloids who post every angle and then find a million ways to make veiled barbs at her size and speculate on whether or not it affects her relationship. Seriously, that was in one of the articles: that Shawn Mendes “clearly didn’t have a problem with her figure” as if he or the rest of us should. Gross! What she says about our culture’s narrow view of what women should look like is spot on and celebs are held to an even more unattainable standard. She looks like a totally normal woman and only in celeb world is that a problem.

I think she was also right to point out that celeb bodies aren’t “necessarily something to aspire to” and that it’s hard to look the way they’re expected to. A lot of them play it off like they work out a little bit and just eat what they want, but few admit how much effort and restriction goes into looking the way they do. I thought what Kim did for the Marilyn dress was ridiculous, but at least in that case she was kind of honest about the work that entailed. (I think she left out a big part of what it took, but the diet and exercise was realistic). Or the celebs that post decadent food pics all the time and you know they only took a tiny bite, if that. I definitely don’t look at pictures of celebrities and want to change my diet like Camila says, because it seems likely that despite all the access celebs have to amazing food, they don’t get to actually eat much of it. I remember reading a “Grub Street Diet” for Lauren Graham and a few times she mentioned only eating half of her food and said “because, you know, actor;” and I thought that was refreshingly honest even though I felt sorry she couldn’t just finish her meal. 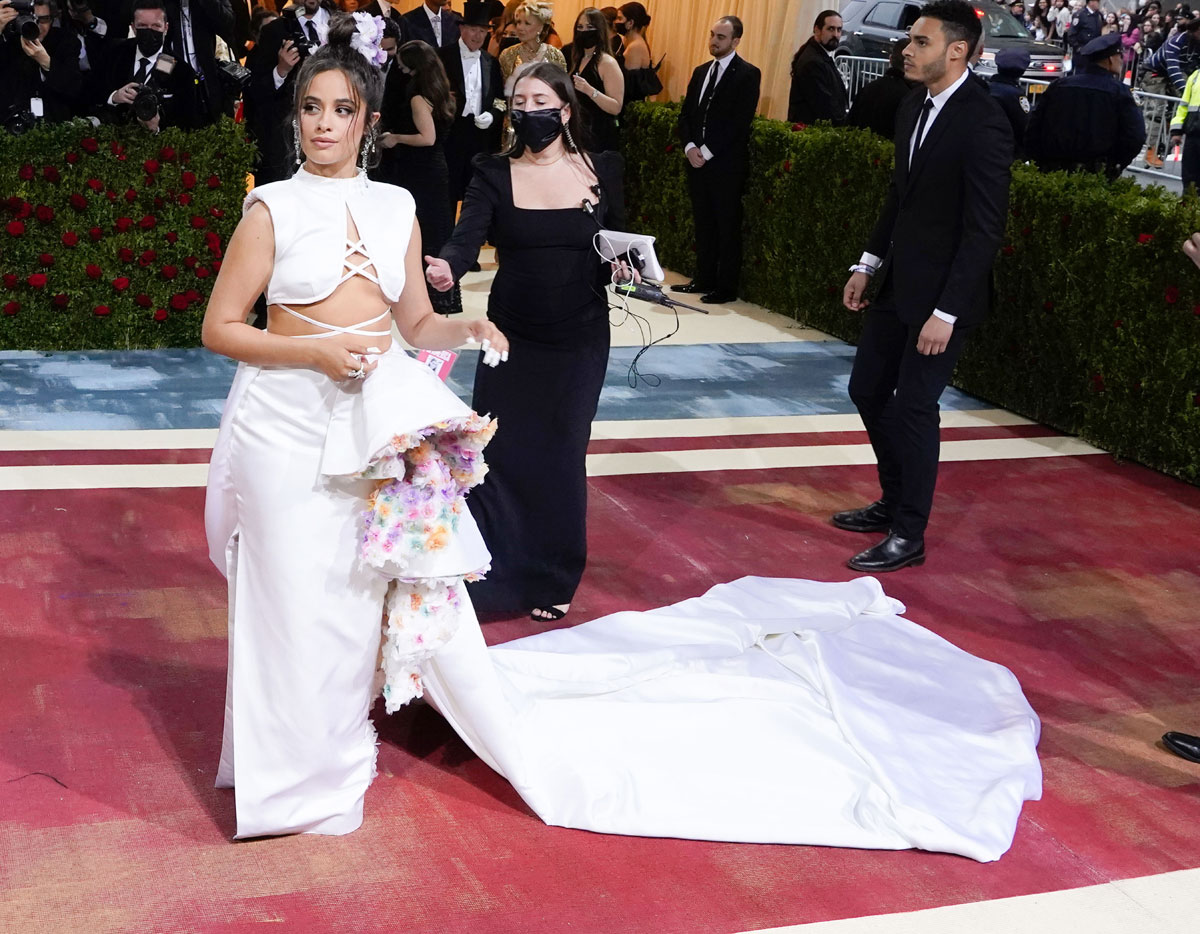 14 Responses to “Camila Cabello: ‘People look at pictures of celebrities and want to change their diet‘”

'How do we better manage our emotions?'