Teddi Mellencamp got a neck lift: ‘I am being transparent with my journey’ 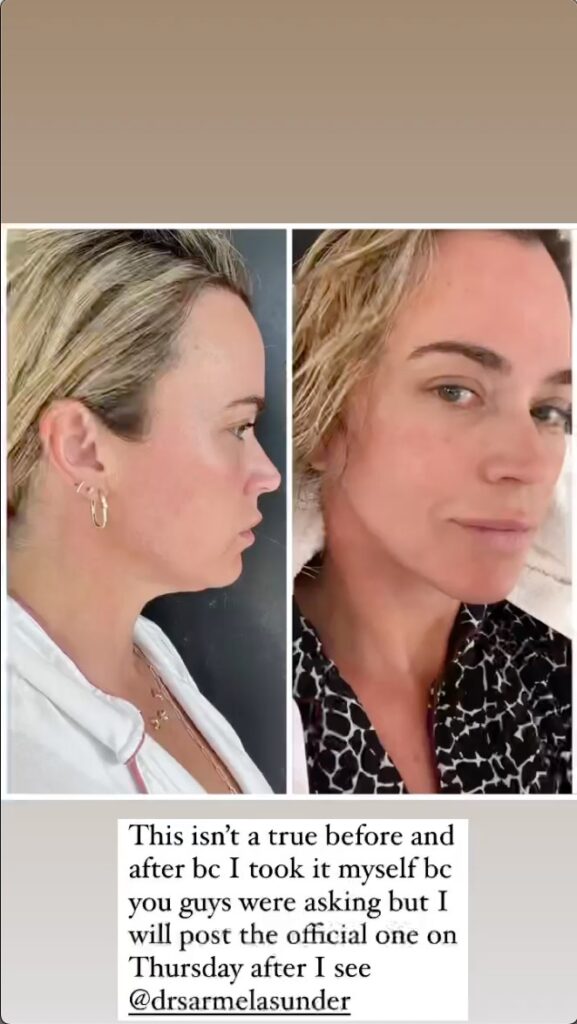 Teddi Mellencamp used to be a cast member on the Real Housewives of Beverly Hills. She got the gig because she’s John Cougar Mellencamp’s daughter, but she’s also a diet and life coach, which fits in with their whole aesthetic. Teddi still has her diet training business and also a podcast, Two Ts in a Pod. Teddi’s ‘deal’ is transparency. She’s always telling her followers about her weight struggles, her IVF and that she had her boobs done when they got ‘deflated’ after breast-feeding.

Teddi decided to be honest with her followers once again, only this time, some of her fans called bs. Teddi filmed a Q&A to her IG stories about the fact that she’s decided to get a chin-lift because she’s always hated the loose skin under her chin. It’s genetic, she has a doctor on film saying so, but it’s been an insecurity of hers and she decided to do something about it. Teddi took questions, filmed her pre and post-surgery and into recovery. A follower DMd her and said it was false advertising to coach people through weight loss and then get cosmetic surgery that most people can’t afford. So Teddi asked her IG followers what did they think, should she have been upfront or no?

Teddi Mellencamp Arroyave is an open book when it comes to her cosmetic procedures.

The former Real Housewives of Beverly Hills star, 40, hopped on her Instagram Story on Monday to defend her decision to get a neck lift. “So I’m going through my DMs doing a little work for Two Ts in a Pod, and someone sent me a message. I want you guys to read it and let me know your thoughts,” said Mellencamp.

The podcast host then shared a screenshot of her answering the Instagram user’s message, which read, “Ur a public figure trying to help women loose [sic] weight yet your getting a face lift to remind those of us who need one who can’t afford one how ugly we are Thanku.”

“I am being transparent with my journey,” Mellencamp responded. “Would you prefer I lie and pretend the loose skin on my neck disappeared? That’s not who I am. You want to only follow people that show themselves through a filtered version of themselves then I am not the person to follow.”

“(Btw, this has nothing to do with going all in on your life – I changed my life 7 years ago and am proud of that and will continue sharing and helping others achieve their goals),” continued Mellencamp, who then posed the question to her followers: “Do you appreciate me being open about my journey or would you rather I just pretend I did nothing?”

I haven’t found responses to Teddi’s question online so I’ll give mine. I’ve long-said that I appreciate when a celebrity is honest about what it takes to look like they do. If you slogged through Teddi’s whole IG story on the topic, she says multiple times that her chin issue is genetic and not diet related. She also claimed she sought many other procedure options first. During the Q&A some people asked about things like cold sculpting. Teddi said she’d pursued it but it was an option for her. Then she offered other ideas for people looking to make changes. Teddi also emphasized this was something that has bugged her her whole life. She said she couldn’t look at photos of herself or could only turn a certain way on camera to feel good about herself. I don’t have a problem with it. I vote for transparency.

However, I do think there was an opportunity to talk about body ideals and how obtainable they are. At a certain age, skin loses elasticity and if you lose weight too quickly, the skin doesn’t have a chance to reshape. So a person’s only option for smooth skin is plastic surgery. Admitting that upfront would be transparency, especially if, like Teddi, you promote a diet that only allows between 500-1000 calories a day. I doubt we’ll ever get celebrity trainers to that level of transparency, though. 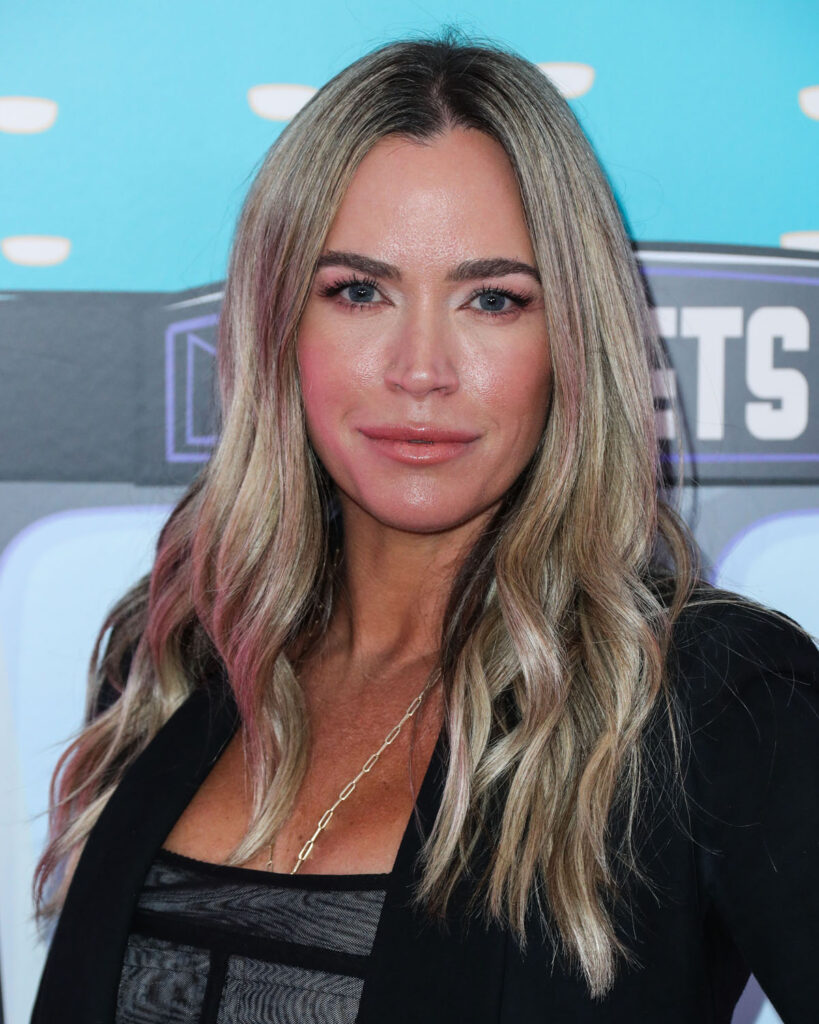 46 Responses to “Teddi Mellencamp got a neck lift: ‘I am being transparent with my journey’”