Jonah Hill has been making a lot of lifestyle changes. He’s become an avid surfer. He’s embraced his body after years of being ashamed of it (by his own admission). He’s speaking out more on social media about how people’s perceptions and comments affect those they target. And now Jonah is making a huge, albeit very difficult change: he’s quitting smoking. Four days ago, he posted the cheery photo above to his Instagram with the following caption:

Quitting smoking is the hardest shit ever. I’ve struggled with it for a while. I’m finally quitting for good and am on day 3. If you’re trying to quit and need a good excuse jump on with me and start today mid way through your day that’s what I did. Read Alan Carr’s “easy way to quit smoking” and I’m also using nicotine patches. Let’s go! Jump on! 🤘😎

Uhm – yeah. Even reading Jonah’s IG made me want a cigarette and I technically quit 19 years ago. I like a good glass of wine. I rely on a decent cup of coffee in the morning. But I have never been at the mercy of anything like I have cigarettes. “Hardest sh*t ever” is spot on. I have to use “technically” when I talk about my quitting because I’ve never gone back to smoking proper, but I won’t pretend like I haven’t had a cigarette in the last 19 years. I don’t know what inspired Jonah to quit, it sounds like he’s been trying for a while, but I wish him much luck. It is a very tough cycle to break, but an extremely important one. The amount of issues smoking affects is vast. Every day Jonah spends without a cigarette in his hands is a day his life improves. Getting there is another story because he’s going to feel like he’s missing an appendage for a while. Not to mention the mood swings. But he sounds like he’s taking the right attitude about it. I agree with his comment about quitting when you think about it, even midday. I remember one of the times I tried to quit, a friend took my lighter and made to throw it away. I objected because I had some cigarettes left and he said if I was committed, I would quit right then and there. It didn’t take that time, but I always held that in mind to know when I was truly committed.

Jonah got a lot of support from his fans and friends. His mom Sharon Feldstein wrote, “Proudest mom”. Michael B Jordan said, “Proud of you my guy.” Many others said some form of “You got this!” Jonah’s buddy Seth Rogan wrote, “Save your lungs my baby” and Natasha Lynne replied, “Impressive!!!🔥🔥🔥”. The irony notwithstanding, it’s nice to see them supporting their friend in this fight. He’ll need all the support he can get. A lot of people in his comments said they knew the pain of trying to quit and pledge to “jump on” as Jonah encouraged in his post. It would be amazing if he inspired a handful of followers to finally kick the habit for good.

In his caption, Jonah suggested the book Easy Way to Stop Smoking. I have not read it, but the reviews suggest that it’s effective. The author also wrote about how to quit vaping, drinking and emotional eating. Again, I’m not endorsing these books because I haven’t read them, but they appear to be popular. What I wanted to point out is the author is Allen Carr, a former accountant who used to smoke 100 cigarettes a day. Jonah noted “Alan Carr”, who is a fabulous British comedian and chat show host (and who filled in for Adele when she had to fix her makeup mid-concert). I would love to read any How To Quit book written by Alan Carr. 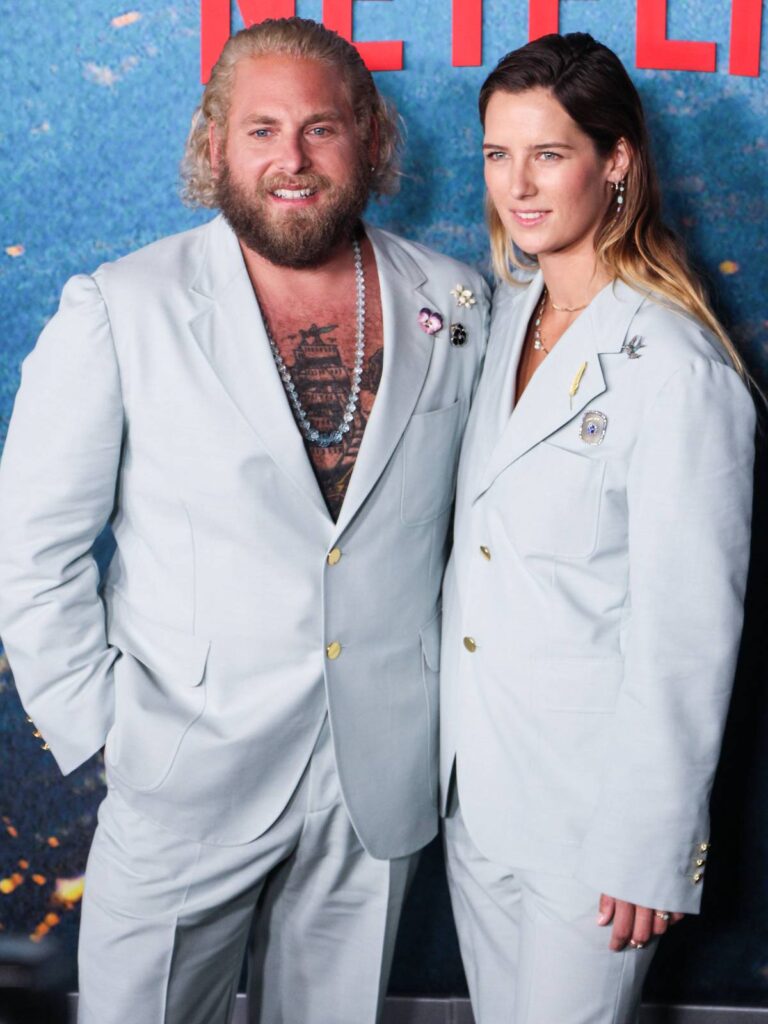 27 Responses to “Jonah Hill: ‘Quitting smoking is the hardest sh-t ever. I’m finally quitting for good’”