Dane Cook, 50, is engaged to his girlfriend of 5 years, 23-year-old Kelsi Taylor 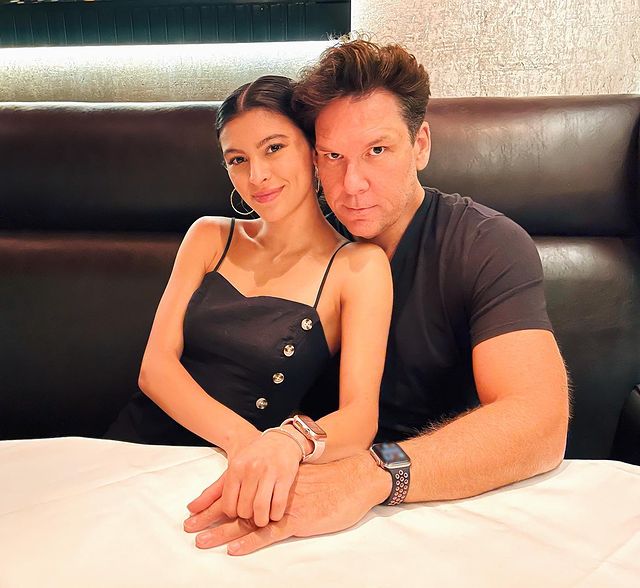 In 2018, we learned that Dane Cook – who was then 45 years old – was dating a 19-year-old, Kelsi Taylor. That year, he kept on talking about their relationship and how much he loved his teenage girlfriend and how they’d actually known each other for a while because she came to one of his “game nights” when she was likely just 16 years old. That’s why Dane kept emphasizing that they were “friends first,” because he groomed a 16-year-old for a few years before they officially began dating on her 18th birthday. Back when Kelsi was 20 years old, Dane claimed he already thought of her as his wife, even though he’s famously marriage-phobic. Which brings me to this: 50-year-old Dane Cook proposed to Kelsi, who is now 23 years old. She said yes.

“I was so ready to ask her. I was completely zen about it,” Cook, 50, tells PEOPLE in this week’s issue. “The evening of the proposal was incredibly beautiful, the weather was perfect, sunset was spectacular, and I was just quite simply very happy…. I was asking my best friend, the woman who I’ve shared some of the greatest times of my life with, to marry me so we can start the next chapter our of lives together. I was also thinking of how absolutely stunning she looked.”

Meanwhile, Taylor, 23, says she couldn’t believe it was happening: “The second he began to reach for his back pocket, my stomach flipped. I couldn’t have asked for the moment to have been more perfect. All that was going through my brain was, ‘Wait, is this actually happening right now? Is he proposing?’ I was also just really focused on what he was saying to me because I was trying desperately to etch the words into my brain,” she continues. “They were so beautiful, I really wanted to soak it in.”

Cook says it was the “best feeling ever,” and, afterward, “We sat together on the deck, shared laughs, held hands and watched that giant moon sparkle across the ocean.”

Cook says he’d been planning the proposal for months and decided to do it on a trip to York Beach, Maine, which holds a “special place in our hearts.”

“When we started dating, we went there on our first trip together so to return five years later was meaningful to us,” he says. “It’s a place I spent much time in growing up so I have such fond memories there. After my mother passed away, she asked me and my siblings to release her at her favorite spot, the breathtaking location, at the tip of Cape Neddick Point, Nubble Lighthouse, where our vacation cottage is located. It felt like the right place.”

Adds Taylor, “The fact that he had been planning this for months, designed the ring and coordinated everything so seamlessly without me knowing was just blowing my mind. It was such a pinch-me moment. I hugged my mom and couldn’t wait to FaceTime the rest of my family and share the news. My family loves him so much so they were beyond excited for us.”

“When we started dating, we went there on our first trip together so to return five years later was meaningful to us.” He took her to Maine when she was 17 or 18 years old, I guess. I think that violates some interstate human trafficking laws. Anyway yes, this is a “longtime romance.” They’ve been together for five years. Officially, they began dating the second she turned 18. I mean… it sounds like she has a job and a life away from him a little bit, which is good. But lord, this is a mess. I feel sorry for her. 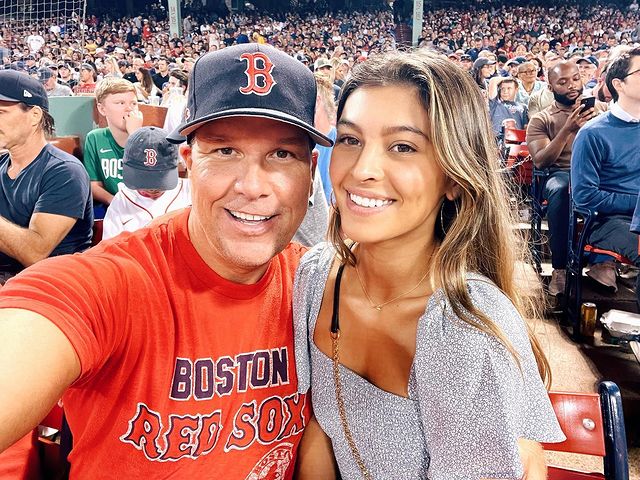 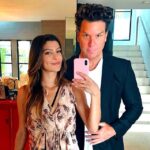