Lili Reinhart struggled with body dysmorphia: ‘every thought was about my weight’ 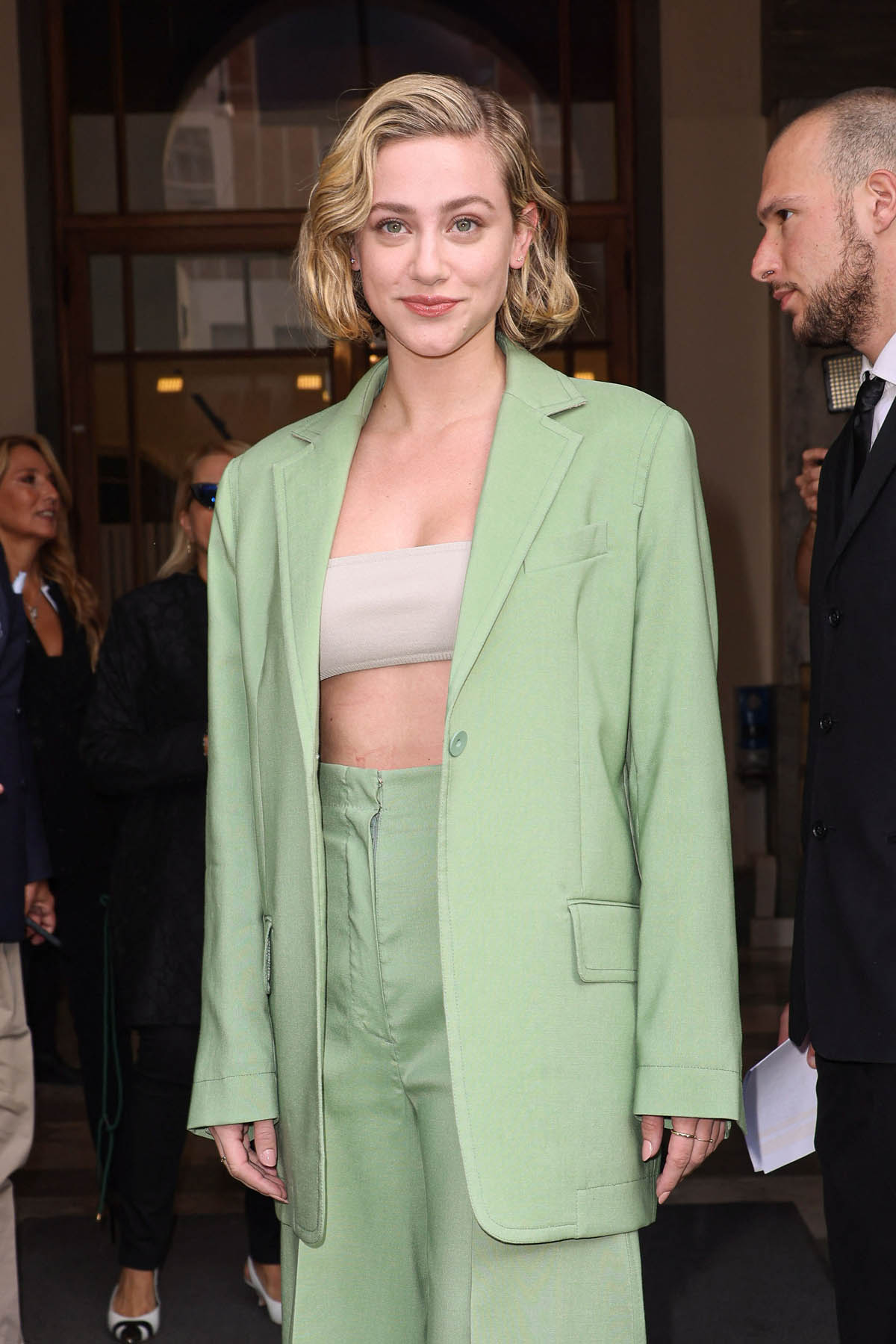 Lili Reinhart talks a lot about body image and mental health. She’s an advocate for body positivity and hits back at the unrealistic expectations of women’s bodies that permeate the media. But, she’s still not immune to negative thoughts about her own body, and in a recent interview Lili again discussed her struggles with body dysmorphia and how she’s been affected by seeing her body change on camera.

Lili Reinhart said she experienced a recent mental health “spiral” from dealing with body dysmorphia while filming the latest season of Riverdale.

The 26-year-old actress has been open about her struggle with body image throughout her career. However, she shared in conversation with Dr. Daniel Amen for his interview series Scan My Brain that she had recently been in a “negative headspace” as she witnessed her figure changing on camera.

Reinhart went on to say that she’s been in “a battle” with herself as a result of that comparison to her younger self. “It’s me vs. me. Me from a couple years ago vs. me now and thinking how do I get back to that? How can I look like that again?” she explained.

As she gets older and faces more changes with her body, it becomes more difficult for her to deal with.

“It has been really hard the last couple months, specifically dealing with more noticeable weight gain than I ever have in my life while also being on film while it was happening. So shooting my show [Riverdale] and having that weight gain basically documented on camera, episode by episode, week by week of my life, my weight fluctuation,” she said. “It felt very much like this massive problem, this thing that was taking up truly 90% of my brain capacity, I was barely thinking about anything else. Every thought was about my weight, was about what I was eating, how I could lose weight, how I don’t look how I used to look, how everyone looks around me, how I don’t look like them. All of my thoughts were about my body and it was very overwhelming and a very negative headspace that I was in.”

Reinhart said that although she’s “coming out” of that most difficult time, she continues to deal with negative body image on a regular basis after developing body dysmorphia by the time that she was 13 years old.

Lili makes the point that she is looking at images of her body at 19, when she was still in her teens, and comparing it to her body as it changes as she matures throughout her 20s. Despite being out of puberty, people continue to develop during those years and it’s tough on everyone when your body continues to change and you think it should have stopped at that point. It’s especially tough when you’re confronted with images of yourself every day. Often when people talk about looking back at old images of themselves, they say they wish they knew back then how great they looked. And this is like an extreme version of that where she knows how great she looked and is comparing it to her current reality. It sucks to compare yourself to yourself as opposed to someone else because it’s you, so you feel like it should be attainable again. It sounds like the weight thoughts she was dealing with were tough and it was even tougher to have it immortalized on camera. I’m glad she’s coming out of that difficult time right now and hopefully she feels better on future projects. 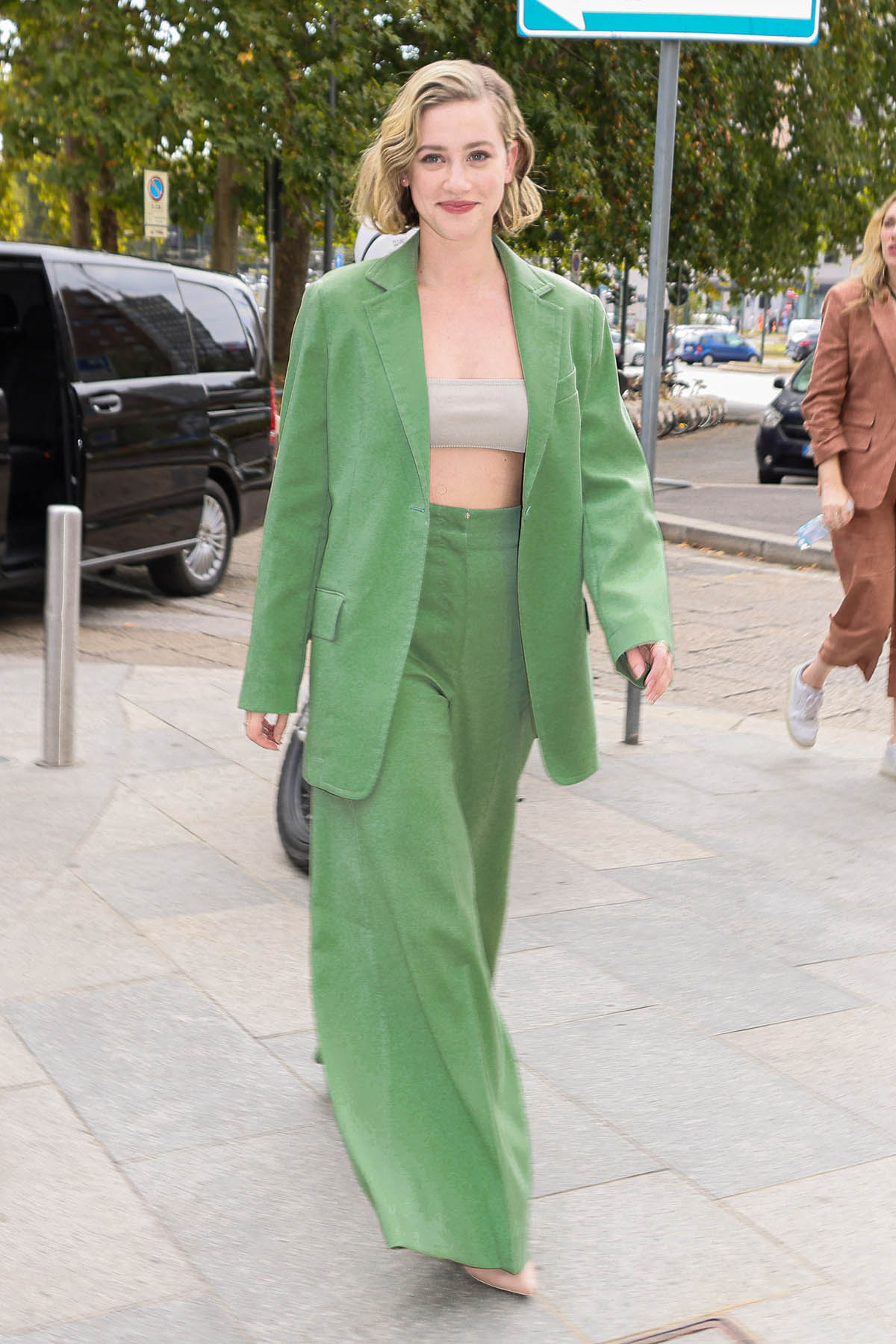 8 Responses to “Lili Reinhart struggled with body dysmorphia: ‘every thought was about my weight’”