Madonna Instagrams a pic of herself wearing a Muslim niqab: offensive? Madonna wants some attention, and I’ll reluctantly give it to her during this very slow news week. She’s always gotten her kicks (and profited nicely) by crossing acceptable cultural lines, but her current weapon of choice is Instagram. Sometimes Madge is harmless but still gross when she tongue-bathes her shower or shows off furry pits. Other times? She’s rude and offensive as she drops the n-word and posts photos of 13-year-old Rocco holding a bottle of gin.

Madonna’s M.O. is to upset people and issue non-apologies. Her new tagline for potentially offensive photos is “#unapologeticbitch.” Her latest selfie shows off her newest fashion accessory, a niqab with gold bars. Madonna appears to be making a statement with those fancy bars. She’s saying that a niqab is a prison. She thinks she’s cutting-edge and witty with her cultural commentary, but yeah. This is offensive to Muslim women who choose to wear the garment as part of their religious beliefs. Of course nothing is sacred to Madge except for that red piece of yarn she wears around her wrist.

It’s tiring to watch celebrities continue to appropriate culture, isn’t it? Madonna needs to stick to Instagramming herself in a clay beauty mask. Oh wait, she did that too.

Madge also posted a photo of 17-year-old Lourdes hanging out with some friends before senior prom. People are making a big deal out of these girls holding wine glasses. Madonna wants us to freak out over the possibility. 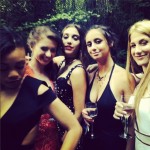 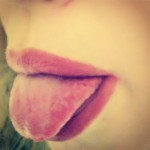 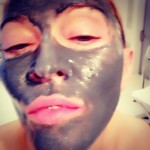 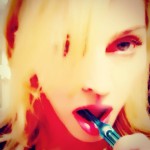 79 Responses to “Madonna Instagrams a pic of herself wearing a Muslim niqab: offensive?”