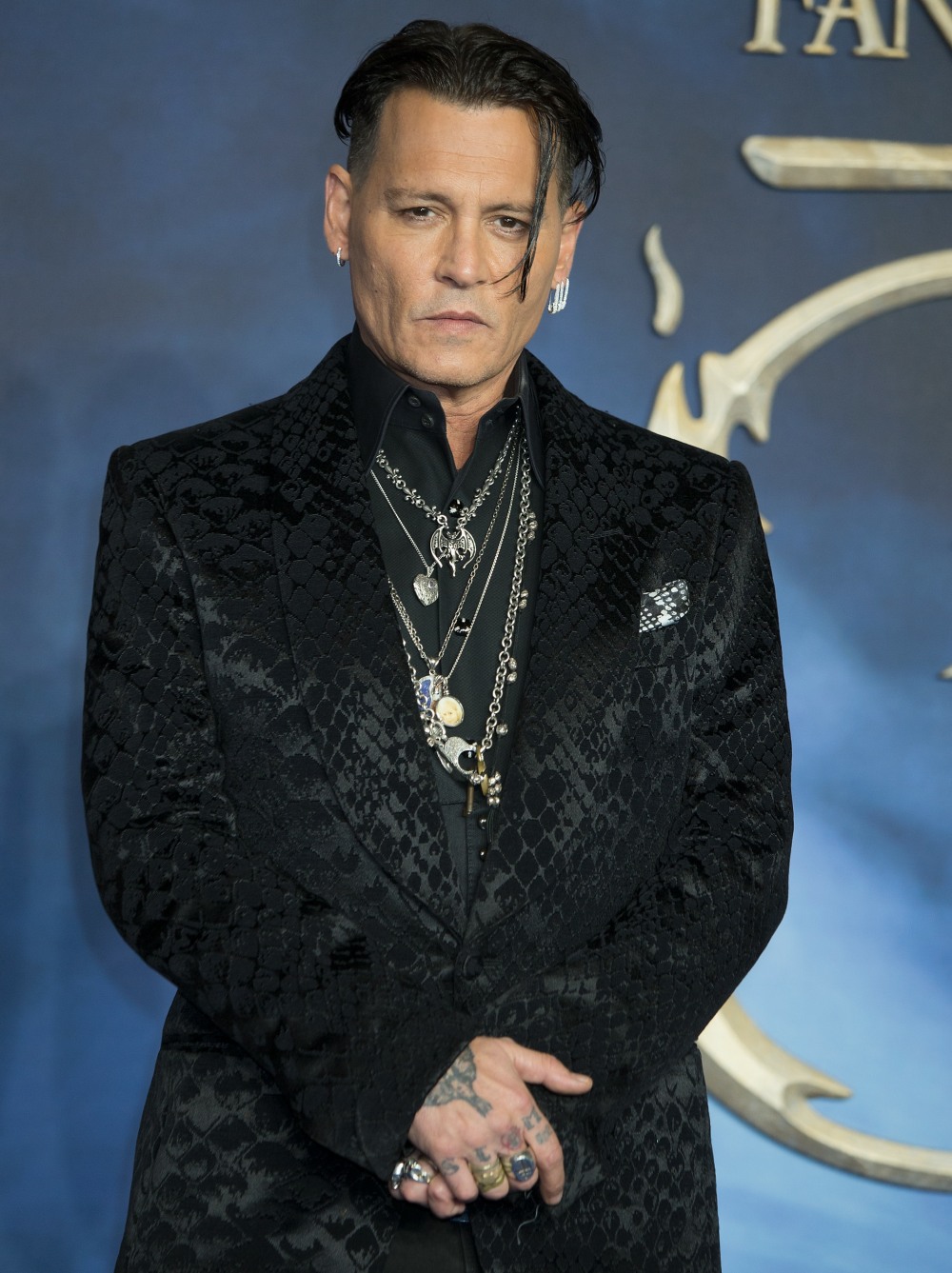 I did not need to start my day by reading excerpts from Johnny Depp’s statement to court about how he was the “victim” of domestic abuse at the hands of Amber Heard. Back in March, Johnny Depp filed a defamation lawsuit against his ex-wife Amber because she wrote an op-ed about surviving domestic abuse. She did not name Depp, because that was part of the NDA they both signed with their divorce papers. Still, we knew who she was talking about and Depp freaked out and decided to sue Amber for $50 million. Amber responded with a statement to the court last month, detailing the horrific abuse she suffered at Depp’s hands. Now it’s Depp’s turn to claim that she’s the abuser and that she lied about his abuse. Because I guess we need to do this all over again, Jesus. You can read much of Depp’s statement here at the Blast. Some highlights:

Depp says Amber is lying: “Ms. Heard’s fabricated domestic violence allegations against me are categorically and demonstrably false…. I have denied Ms. Heard’s allegations vehemently since she first made them in May 2016,” Depp begins, “when she walked into court to obtain a temporary restraining order with painted-on bruises that witnesses and surveillance footage show she did not possess each day of the preceding week. I will continue to deny them for the rest of my life. I never abused Ms. Heard or any other woman.”

Why he filed the lawsuit: Depp says he decided to file the lawsuit “not only to clear my name and restore my reputation, but to attempt to bring clarity to the women and men whose lives have been harmed by abuse and who have been repeatedly lied to by Ms. Heard purporting to be their spokesperson.” He says that the “appearance of new evidence not previously in my possession” is what led him to file new the new lawsuit. Depp says that “after years of asserting my innocence, I am finally in a position to prove it by dismantling each element of her hoax.”

He says Amber was the abuser: He reiterates his claim that Heard abused him on multiple occasions, saying, “Throughout our relationship, Ms. Heard also committed domestic violence against me. She hit, punched, and kicked me. She also repeatedly and frequently threw objects into my body and head, including heavy bottles, soda cans, burning candles, television remote controls, and paint thinner cans, which severely injured me.”

His friends are better witnesses, I guess: “Cynically relying on the concept of #believewomen that has been promoted as part of the important #metoo movement, Ms. Heard’s ‘evidence’ rests primarily on her word and that of her dependent friends. She and they have falsely accused me of violence, although interestingly none of her ‘witnesses’ say they ever witnessed any violence. And they did this despite the inconvenient truth of my possession of eyewitness statements provided under penalty of perjury and photographs of her converse violence committed against me, overwhelming evidence that her various abuse claims and the injuries that she claimed ensued from them are hoaxes, the fact of her own prior arrest and incarceration for domestic violence against her previous wife, and new witnesses who are now coming forward to describe the brutal violence they suffered at her hands.”

Basically, Depp got a bunch of bros together and now they’re all going to claim that they were witnesses to Amber’s abuse of Johnny, and he’s going to say that his bros are better witnesses than Amber’s friends, who actually witnessed Depp’s abuse of Amber. Even his former managers had second-hand knowledge of Depp abusing Amber, not to mention all of Depp’s nearest and dearest who would regularly act as third-party arbitrators and convince Amber to go back to him. As always, I believe Amber. As always, Depp’s lawsuit is an extension of his controlling and abusive nature. It’s been five years and he’s still trying to control her and financially abuse her and smear her. 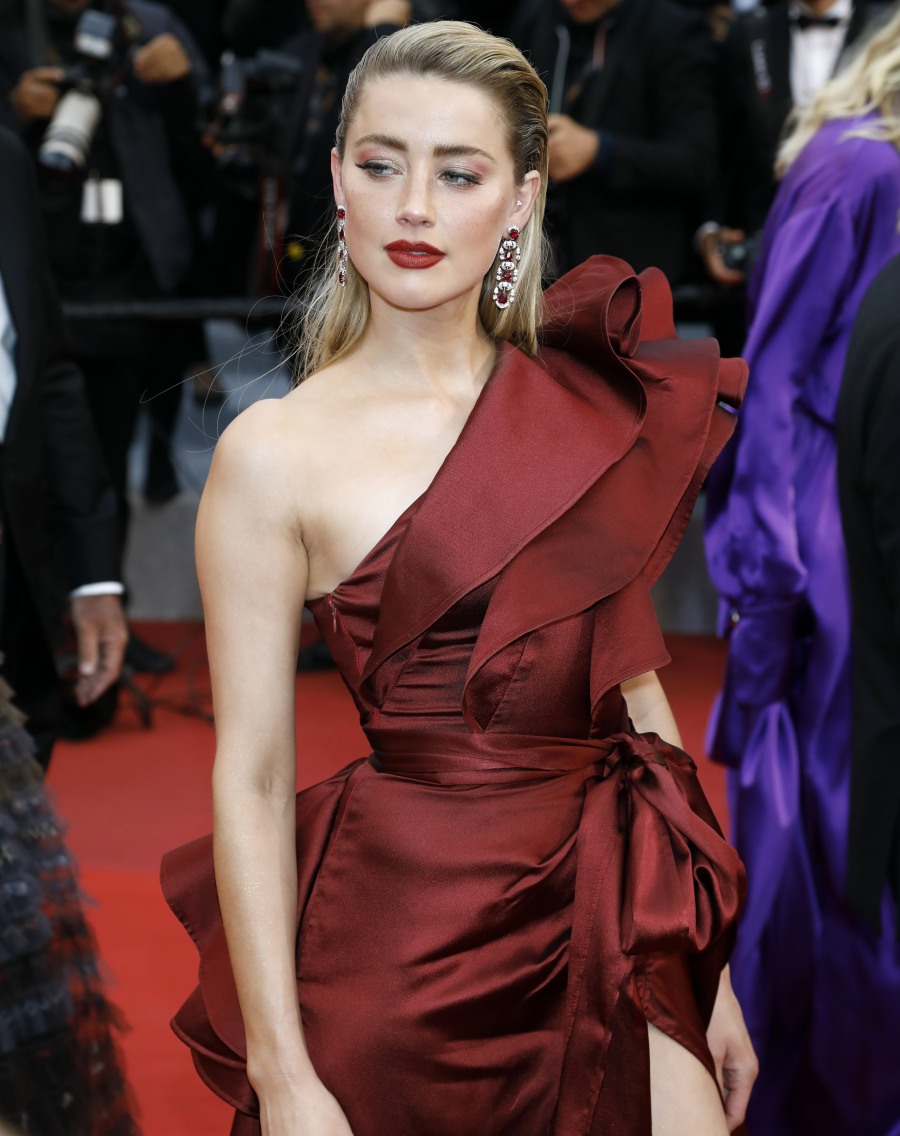