Anthony Mackie used to get mistaken for Don Cheadle: ‘that’s the other black guy’ 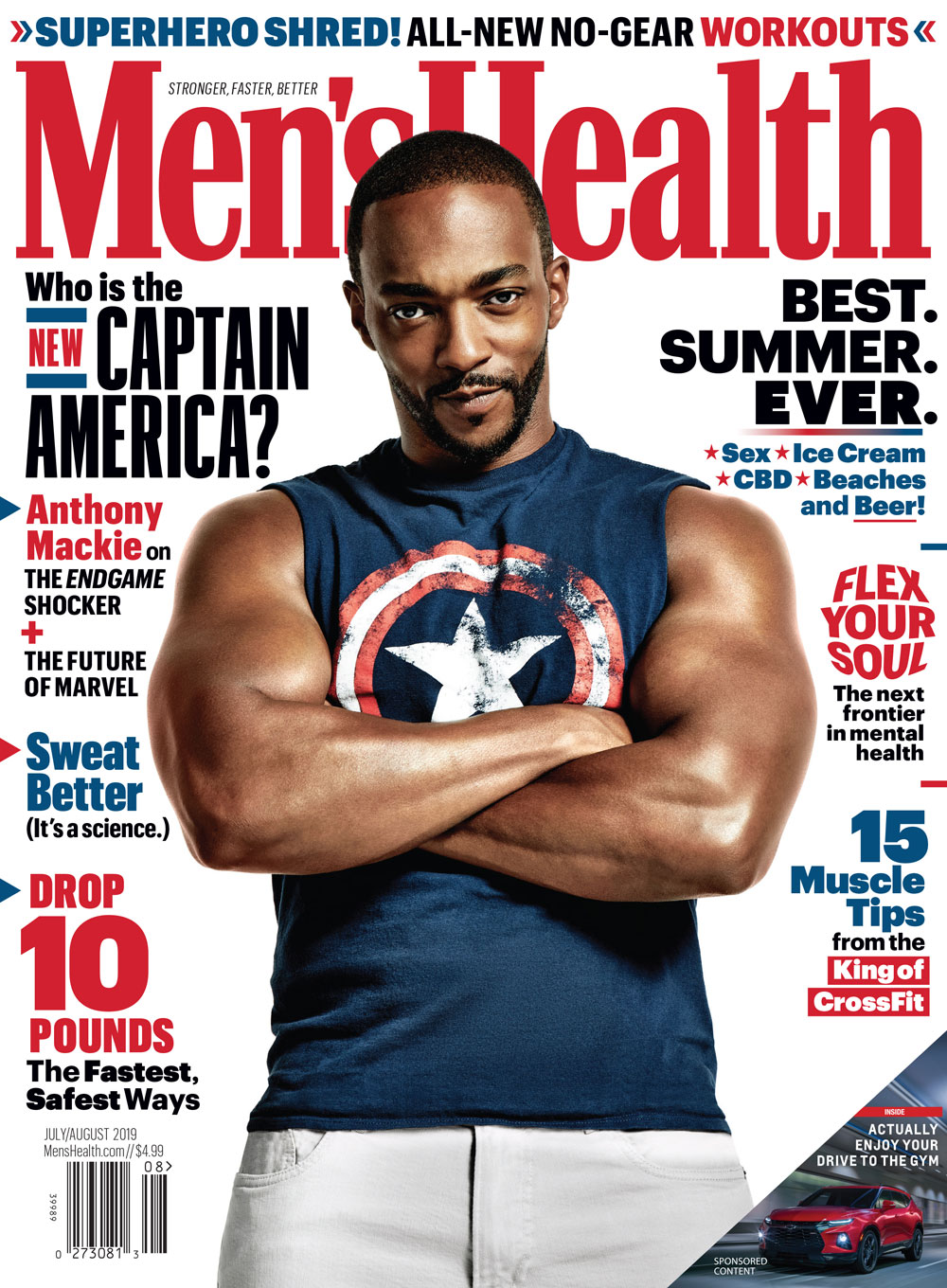 In Anthony Mackie’s “What I do in a day” video for Vanity Fair he said he runs four miles to the gym every morning to lift weights. (I still want to know how he gets home, does he run back or get a ride?) In the afternoon he does manual labor fixing up houses, which is his side job when he’s not acting. And he eats so healthy too, apart from his cheat day where he goes around New Orleans drinking signature cocktails at bars, but I digress. So Anthony is a natural fit to cover Men’s Health. Look at his biceps! The photos of him working out were fun to resize, I’ll say that. The interview is so good too. Anthony admits that being snubbed for an Oscar for The Hurt Locker was painful and lead him to take a year off. He also explains his approach to fame, which is smart and grounded. He’s confident but not an a-hole. (You may disagree, I’m ok with that.) Men’s Health sent us the pull quotes, and they’re good, but the article is well worth reading too. Mackie lost his mom in the late 90s and his dad after Hurricane Katrina. He’s also good friends with both Eminem and 50 Cent.

On getting mistaken for Marvel actor Don Cheadle earlier in his career:
“I’d be like, ‘That’s the other black guy.’ Now they know exactly who I am.”

On his passion of building and selling homes:
“It’s kind of like acting. You get a piece of paper with words on it, and you build that character. Then, when you watch, it’s 100 percent your creation.”

On going to VIP clubs in the early aughts with his entourage, including then-unknown rapper 50 Cent:
“He was a chubby dude! I was like, ‘This dude’s never going to make it!’”

On learning the unpredictable demands of celebrity following Spike Lee’s 2004 She Hate Me, which was dinged by critics:
“It was humbling. But it informed the way I’ve dealt with my career since: When you buy into celebrity, it can be taken away in an instant.”

On being stunned when his name wasn’t listed among The Hurt Locker’s nine Oscar nominations:
“That little f*ucker matters. We try to protect ourselves and say, ‘I’m doing the work for the work.’ But when that happened with Hurt Locker, it hurt. I had to take a year off of work.”

On lobbying Marvel, the studio where he’d always aspired to play a superhero:
“My line was, ‘Yo, I’m the black dude from The Hurt Locker. I would love to work with you guys.”

On being cast as Falcon in Winter Solider:
“Growing up, I’d always loved Falcon, because he was a comic-book hero who was black who didn’t have ‘Black’ in the title. He stood on his morals. He stood on who he was.”

On his 2013 arrest for driving under the influence in Harlem:
“It happened on 125th Street and Lenox – the epicenter of Harlem – with six white cops. I was like, Nah. This ain’t my city. It’s not my Harlem anymore. So I took the lesson: You’re not allowed to be a human being anymore. You’re not looked at or thought of as a citizen anymore.”

On deciding to return to his hometown of New Orleans:
“The thing about New Orleans that I love is that no matter who you are, you’re just as important as the guy next to you at the bar.”

On the recent seismic shift in casting superheroes:
“I knew the magnitude of Black Panther, just like I knew the magnitude of Wonder Woman. I’ve been saying for years: If you’re going to make any movie, you make those two movies, because they’re going to make a trillion dollars. They represent a whole different sector of our society that’s underrepresented and underappreciated.”

That’s crazy that people mistook Anthony for Don Cheadle! Cheadle is a much older guy at 54, but he says something similar, that people recognize him but usually don’t know his name or where they’ve seen him. I’ve been crushing on Anthony since 2010, and I told Kaiser that this interview was MINE to cover. I was so impressed by his approach to his career and how deliberate he is. He’s not top-level famous yet, but he’s on the cusp. Give Falcon a standalone movie and that will definitely change.

Men’s Health also has a video interview with Anthony where he has to either answer a tough question or eat some gross but healthy food. He does a Christopher Walken impression, he says whom Thanos should have killed for good, he ranks his Marvel costars’ acting and he said he’s not sure if he’s getting his own Captain America movie. Make it happen, Marvel people. We will watch it. Oooh and I saw Anthony’s episode of Black Mirror, it’s the first in this new season, five. It’s quite good actually and not as tough to watch as other Black Mirror episodes. 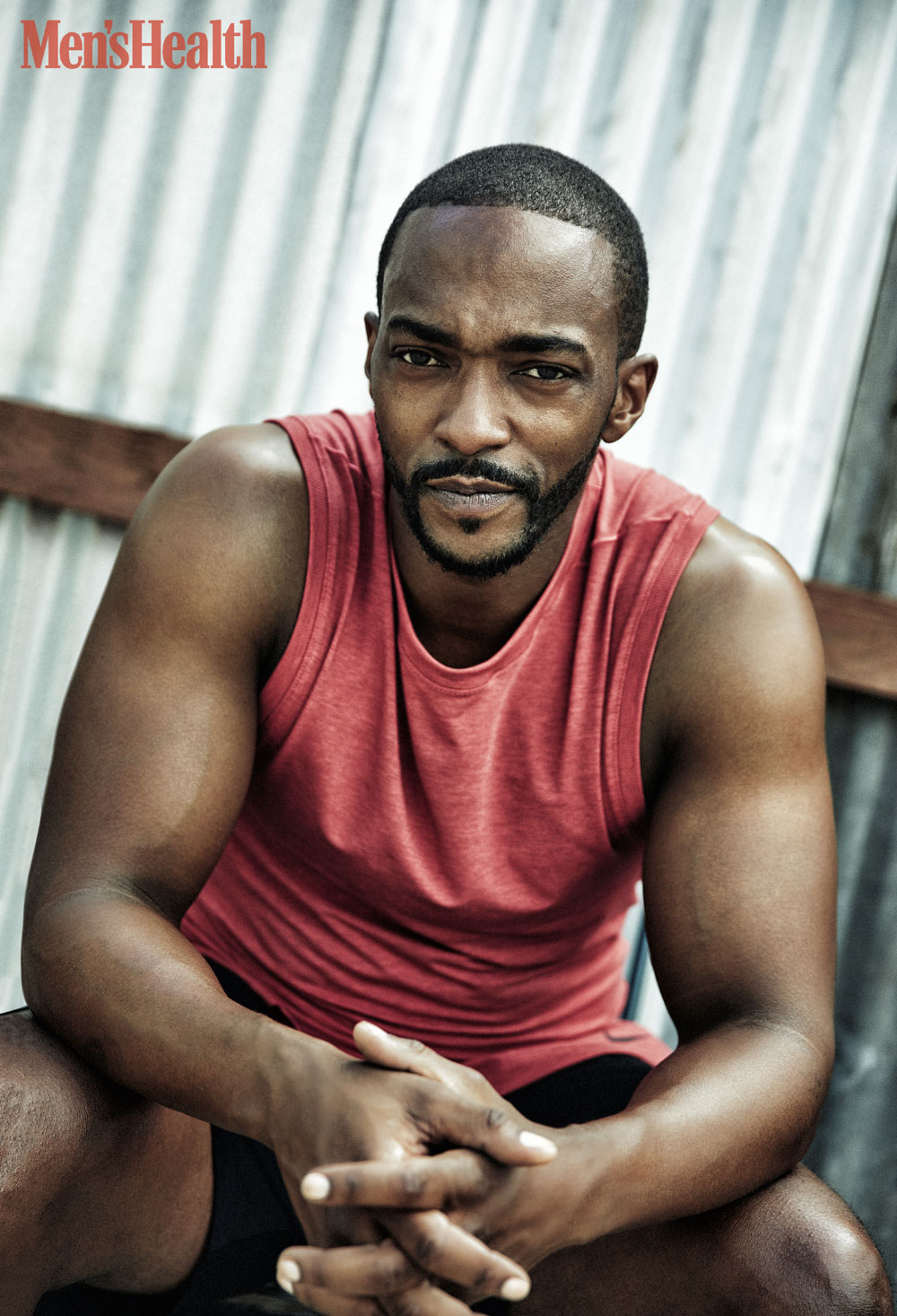 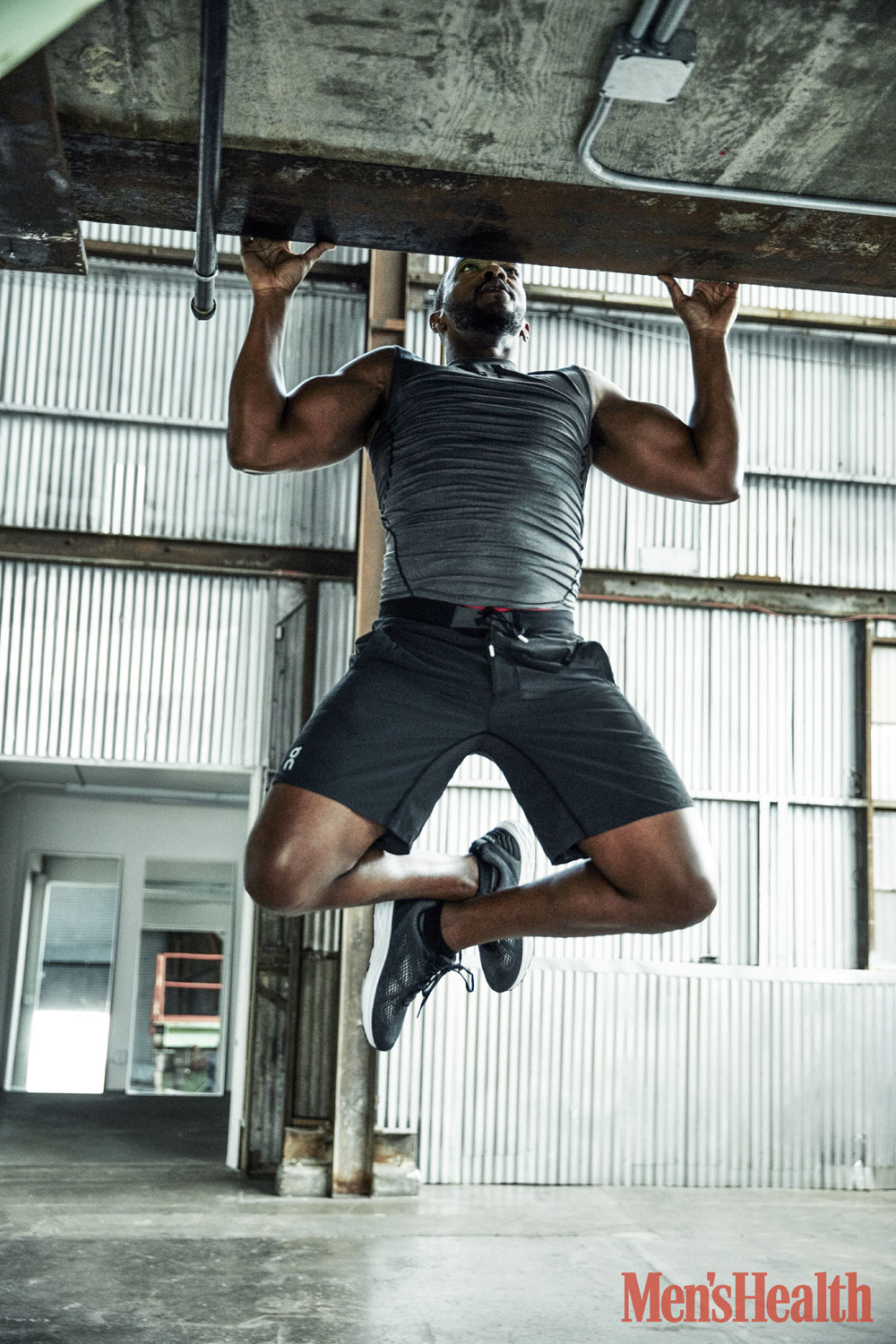 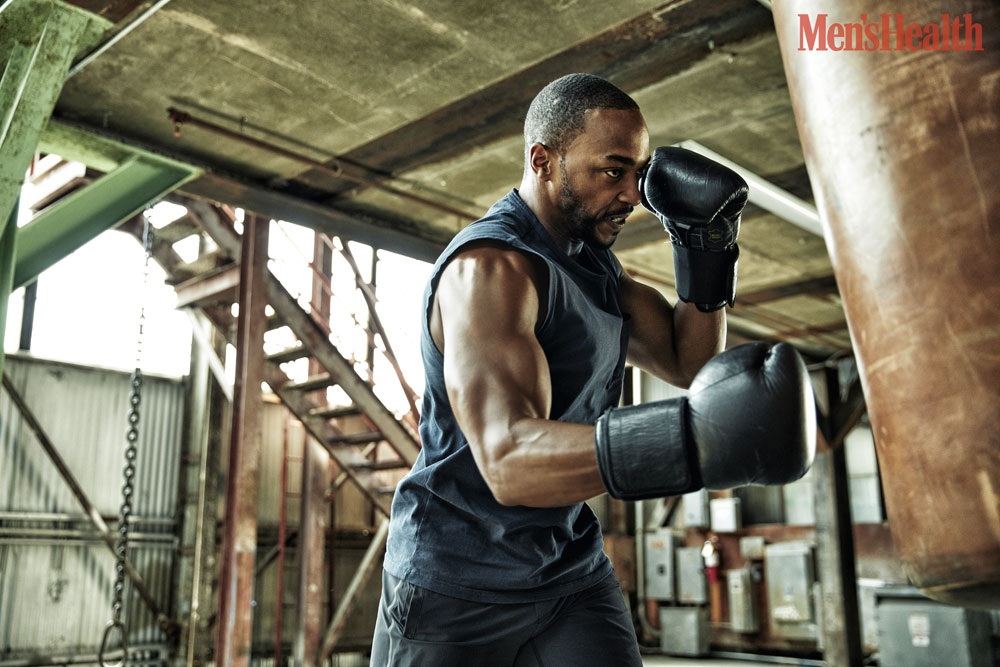 28 Responses to “Anthony Mackie used to get mistaken for Don Cheadle: ‘that’s the other black guy’”