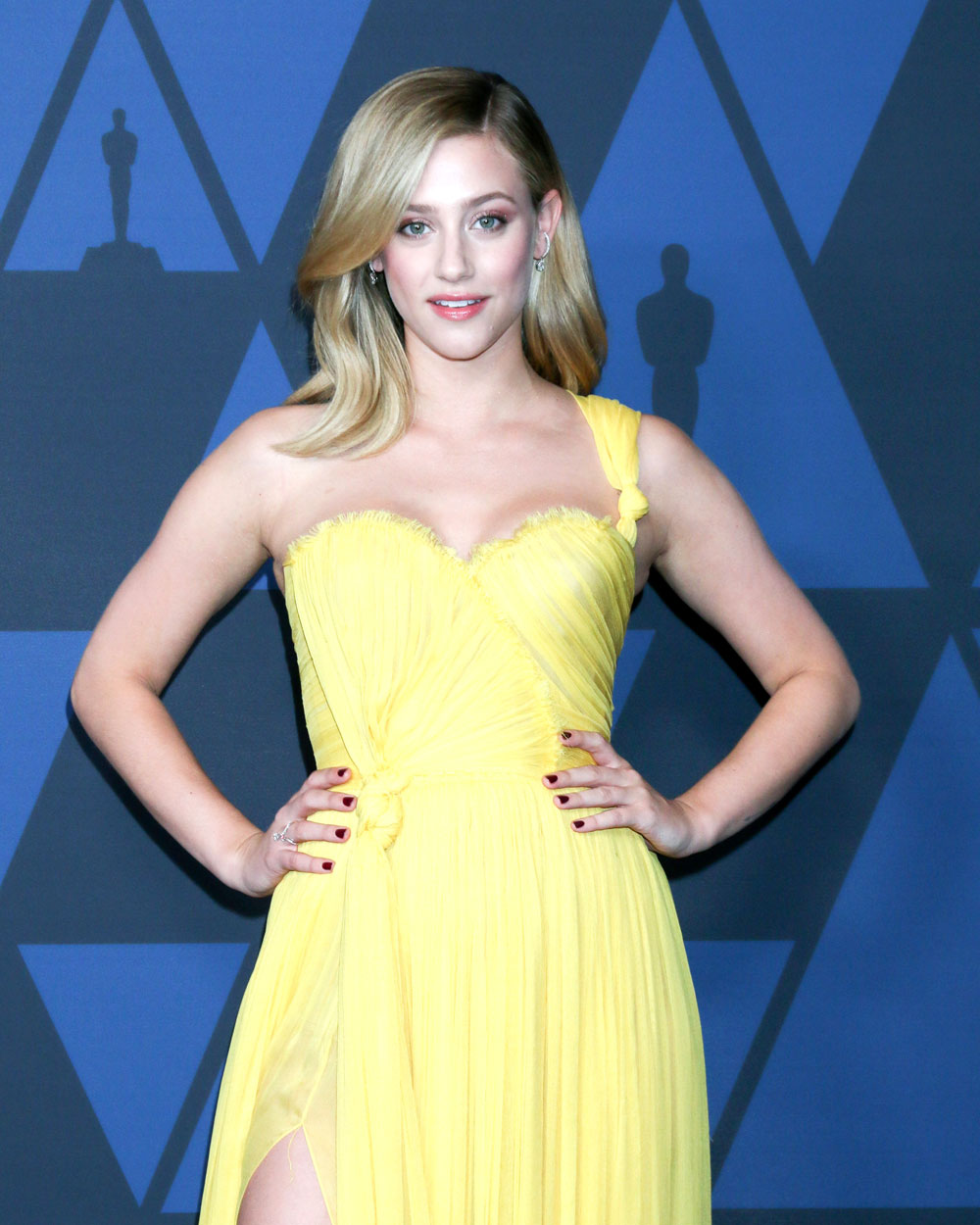 In February, Lili Reinhart shared that she had returned to therapy, and said she found it beneficial, and that she would never feel ashamed of that. She’s also talked about living with cystic acne and struggling with body image issues. In a recent visit to Jimmy Fallon, while talking about her role in Hustlers, she invoked obsessive compulsive disorder in a way that some people took to be dismissive of the condition. Lili had to clarify that she has OCD, and wasn’t being flip:

Lili Reinhart wants to set the record straight after she was accused of making light of obsessive-compulsive disorders.

The Riverdale star, 23, clarified that she was diagnosed with OCD as a child, and it was not a joke when she referenced it during an appearance on The Tonight Show with Jimmy Fallon on Nov. 14.

“I just want to put out there re: my Fallon interview — I actually do suffer from OCD, it wasn’t just a little quip I made on a talk show,” Reinhart tweeted. “I’ve had OCD since I was in elementary school. So, yes. I do have the right to talk about it. Thanks.”

Reinhart had been talking to host Jimmy Fallon about her character in the hit movie Hustlers, who had a “little quirk” — she would throw up any time she got nervous. The actress said that her OCD came up when she saw the fake vomit she would have to use in each scene.

“It was actually animal crackers and Sprite mixed together,” she explained. “I thought I was going to have a problem here because I have this really like, OCD thing with floaters in water and in drinks. Like if my drink has a little floater in it, I’m like [gags], get it out. That’s when I want to throw up! So having a cup of something that basically looked like ‘floaters’ in water was like my worst nightmare.”

Luckily, Reinhart was able to handle it. “It tasted okay. It just tasted like animal crackers.”

But her comments led to backlash online, prompting Reinhart to explain that she does have OCD on Twitter. Her fans then thanked her for being open and honest about her mental health once again.

Ugh. Poor Lili. I can’t imagine how frustrating and hurtful it is to be attacked for making a serious comment about her lived experience of OCD by people who assumed that she was being being thoughtless. While Lili has been open about issues that impact her mental health, she doesn’t owe anyone that, and obviously, she’d not mentioned living with OCD until now. She likely wouldn’t have said anything if people hadn’t come for her, which just underscores that she had wanted to keep that information to herself. So, I also feel terrible that she revealed her experience before she was actually ready to.

The casual way that people say things like, “I’m soooo OCD” and proceed to joke about some behavior (when it’s known that they don’t have OCD) has always bothered me. So, I’m also not surprised that people called out Lili, assuming that she was yet another person who was flippantly co-opting the OCD acronym to describe a quirky behavior. I don’t live with OCD, but I know several people who do, and while everyone’s experience is unique, the people I know have talked about how debilitating it is, which is part of what makes other people’s decision to jokingly claim that they are “so OCD” seem ignorant and hurtful. Of course, it’s never a good idea to assume that someone doesn’t live with a particular condition, so people could have been more respectful of Lili in the first place and that dialogue would have started in a more positive space. I am glad that Lili has shared her story and hope that she continues to do so when she feels comfortable. Her honesty is helping to educate people, or at least, to make them aware of various health issues that they may have known little about. It’s not her “job” to teach anybody anything, but she’s still doing a great job of it. 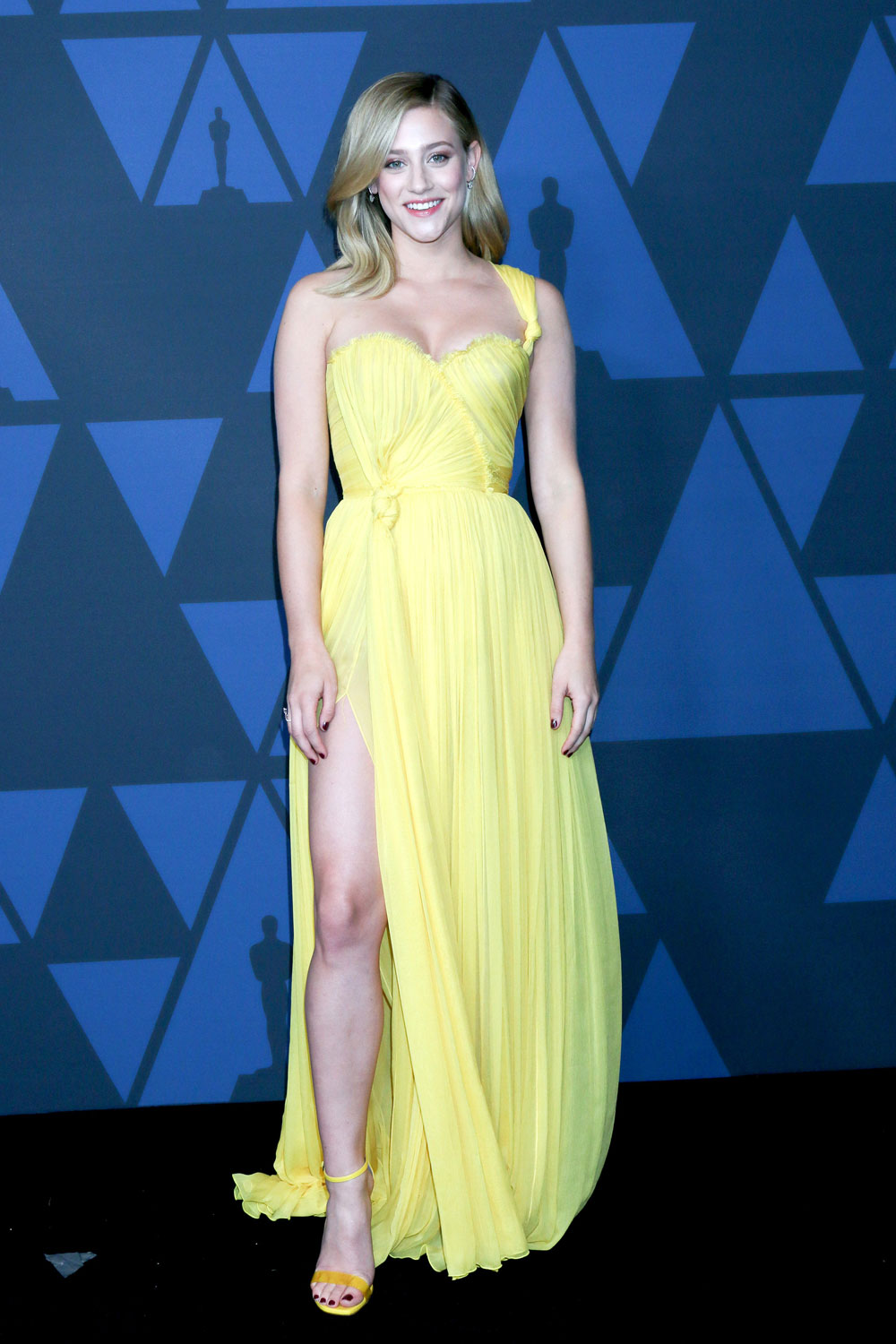