Jason Momoa: I’m just the hot dude this second, then I’ll go back to little movies


Jason Mamoa was just named one of GQ Australia‘s Men of the Year. With his work protesting construction on Mauna Kea, and his speech at the U.N. about the threat of climate change to small island nations, it’s not surprising that he was chosen. There’s also his busy acting career, including blockbusters like Aquaman and his great sense of humor. He sat down with the magazine for a profile to promote See, his new show on AppleTV+. He also talked about being a father and growing up with a single mom. He has two children with Lisa Bonet: daughter, Lola, 12, and son, Nakoa-Wolf, 10. He’s also step-father to Zoe Kravitz. Here’s some highlights from GQ:

On his career
I had a couple of great things as an actor but also my own stuff. A really cool personal highlight I want to continue has been the activism I’ve been getting involved with environmentally, to spread awareness about climate change…

It’s a massive ever-evolving circle, man. I’m going to be up right now and it’s phenomenal and an honour to be accepted this way. And then shit will hit the fan and it’s just a roller-coaster. It’ll all go down again.

I’m just the hot dude this second, then I’ll go back to trying to make small little movies that matter to me. But money’s not what I’m going for, it’s movies that I care about.

That said, when Zack Snyder sent me Aquaman and told me we’re going to take this lame character that everyone made fun of, I was like, “Well f-k yeah dude, I’ll make Aquaman cool”. I thought it was awesome that it should be an Islander doing this as there’s so many things to speak about.

The oceans need a voice, and being able to make a movie about that, for all the kids and brown skin kids, to grow up with brown-skin superheroes is cool. I didn’t have that as a kid, so to be able to honour other islands and kids like that is cool.

On being told he’s “a man all men want to be like”
Haha, how can I answer that? The biggest thing for me is I’m searching, and I’m honest with myself. I get really happy and stoked about stuff, I just go for it, and I’m not afraid to say that. Maybe that’s an attractive thing – the guys I love and follow are like that, they’re doers, everyone from a musical friend to someone who’s an outdoorsman.

On if he gets to read much
I wish I got to read more, man. I’ve been trying to read The Odyssey. I travel around with it but can’t finish the thing. But between extra footage on See, directing my next movie, producing and starring in another, if I’m reading anything it’s the scripts that we’re writing or I’m reading with my babies.

My daughter is so smart, she’s 12 and has read every Harry Potter. It’s absolutely gorgeous. We don’t have TV so they read a lot. The imagination is a beautiful thing and I’m trying to support that.

I really appreciate what Jason says about the importance of Aquaman on multiple fronts: It reminds people about the necessity of protecting the oceans and shows audiences a brown-skinned superhero. Jason seems humble, not full of himself, and very relaxed about the changes that are happening in his life. That seems like the healthiest way to handle success and fame. Enjoy it, but don’t let it be all-consuming, I also want to find out more about his water company, Mananalu, which aims to get rid of single-use plastics. He’s gone to the U.N. Maybe he’ll join Jane Fonda soon? 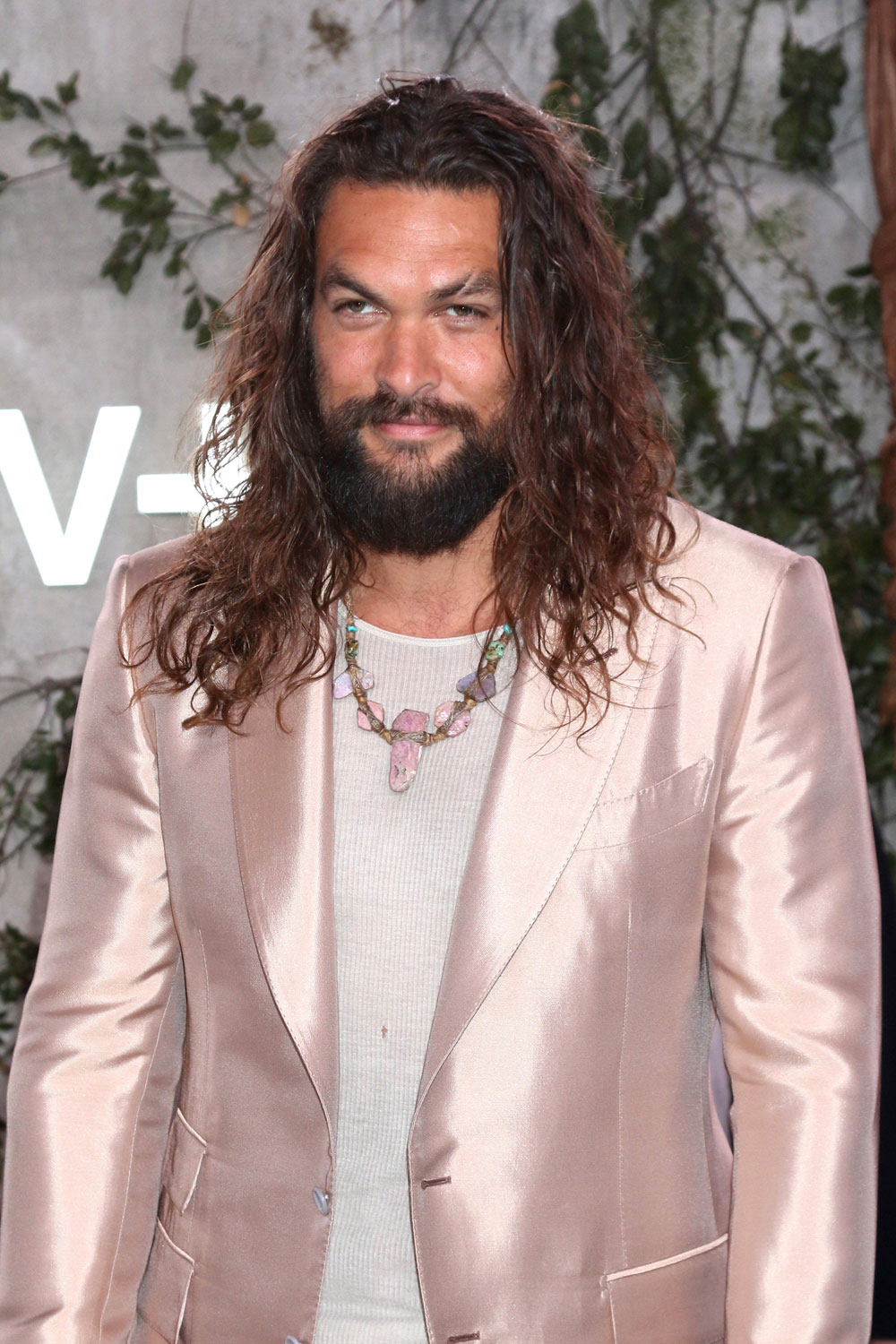 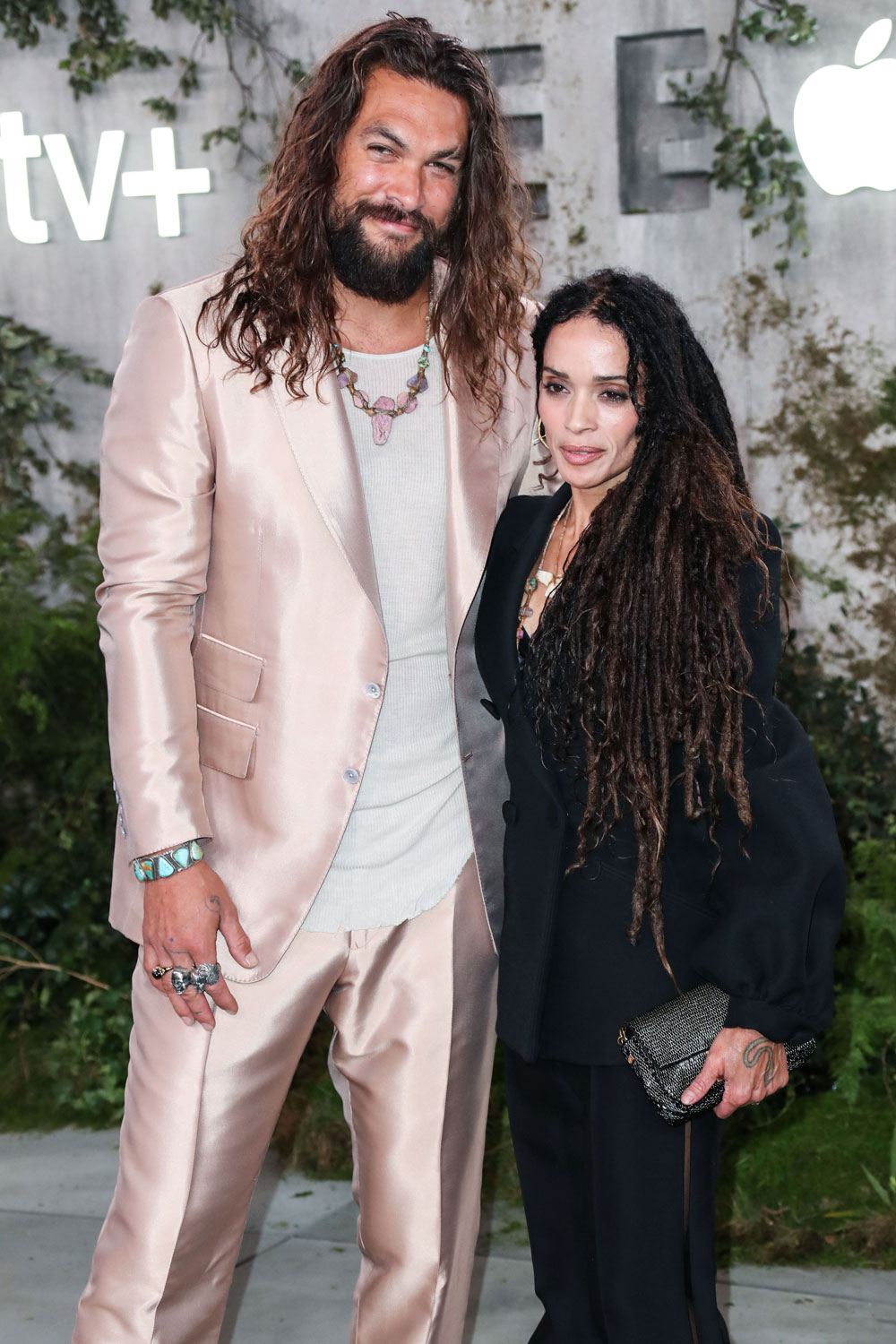 12 Responses to “Jason Momoa: I’m just the hot dude this second, then I’ll go back to little movies”