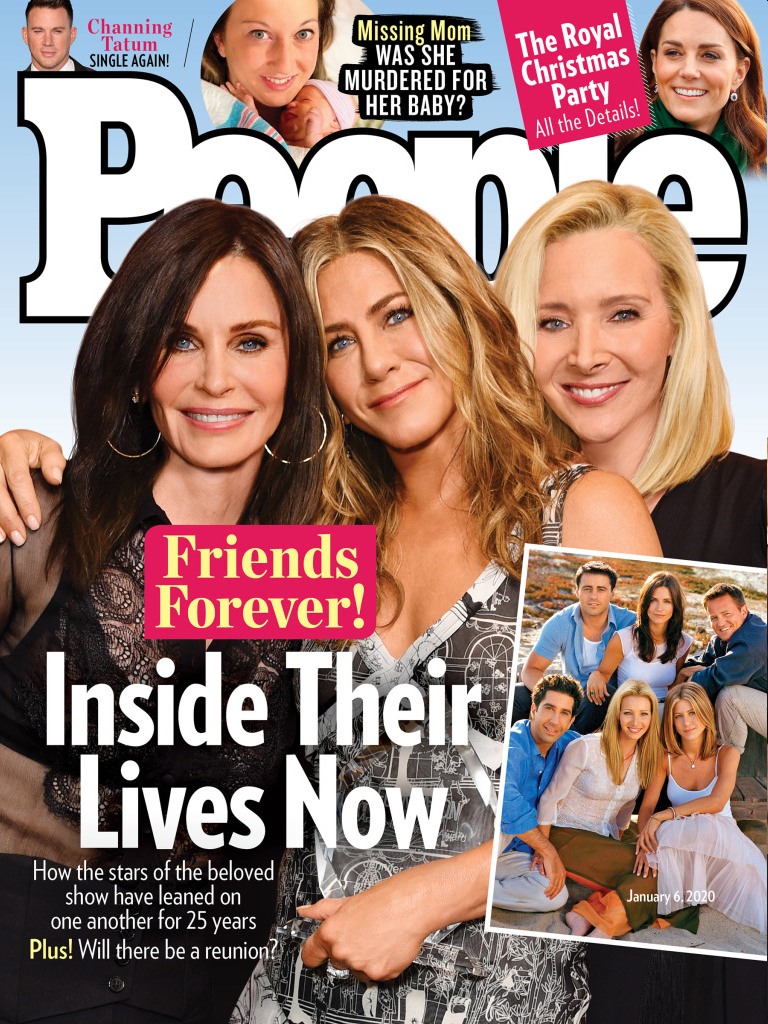 One of the strangest things to me, as an Xennial, is seeing Generation Garbage Youth really embrace everything about Jennifer Aniston. Gen Z (aka the garbage youths) friggin’ love Friends and watch it obsessively and still fret about the storylines. Media outlets still push Friends-related articles too, because they know that people still care about how They’re Really Friends In Real Life. It’s actually the perfect cross-generational gossip story: people my age have nostalgia for that era, and the youths are fascinated with that pre-social media era when they were just babies or little kids. Just look at People Mag’s current cover! They could have run this cover 15 years ago (and probably did).

Beyond that, I’ve noticed that there is an Aniston-specific interest too, and there’s a renewed interest in her old marriage to Brad Pitt. Seriously, ask a young person today and they’ll tell you that a marriage that ended when they were six years old is still fascinating to them. So, that explains some of the move, in the year of our lord 2019, to push Brad and Jen back together. Pittiston 2.0 is going to one of THE gossip stories of the awards season, especially when Brad and Jen are both playing the game. They’re “still friends” you know. And Brad went to Jen’s Christmas-tree-trimming party. What will Ross think?!

Better than ever! Brad Pitt and Jennifer Aniston are finally on good terms again. It took a long time for the exes to get to a friendly place after Aniston’s world was shattered when she and Pitt, 56, split in 2005 after nearly five years of marriage.

“A reason Brad and Jen get along so well now is that they’ve agreed to bury the past and not analyze what went wrong,” an insider exclusively reveals in the new issue of Us Weekly. Adds the source, “They’re both looking forward, not back.”

The Ad Astra actor has worked hard to regain The Morning Show star’s trust, which is why he’s apologized for his past actions. “He’s taken responsibility,” adds the insider about the star, who’s revealed that he started therapy and got sober in 2017. “He’s tried to make amends. He didn’t realize the magnitude of the hurt he caused Jen at the time. He was so swept up in Angelina Jolie, he couldn’t see outside that tunnel.”

Aniston and the Once Upon a Time in Hollywood actor tied the knot in July 2000. They separated in January 2005 and finalized their divorce the following October. The Friends alum, 50, went on to marry Justin Theroux, but called it quits in February 2018 after less than three years of marriage.

One, Justin and Jennifer were fake-married and they never “divorced.” Two, Brad “didn’t realize the magnitude of the hurt he caused Jen at the time” – uh, yes he did, but why would Jennifer still want to be Poor Jen at the end of 2019?? As for Brad “taking responsibility” – I’ll believe it when I see it. Remember back in the hey-day of the Uncool Bermuda Triangle when we joked that it would still be Poor Jen and Uncool Brad when they were senior citizens? I feel like that’s really going to f–king happen. We’re still going to be relitigating the Pittistan marriage in 2030, aren’t we? 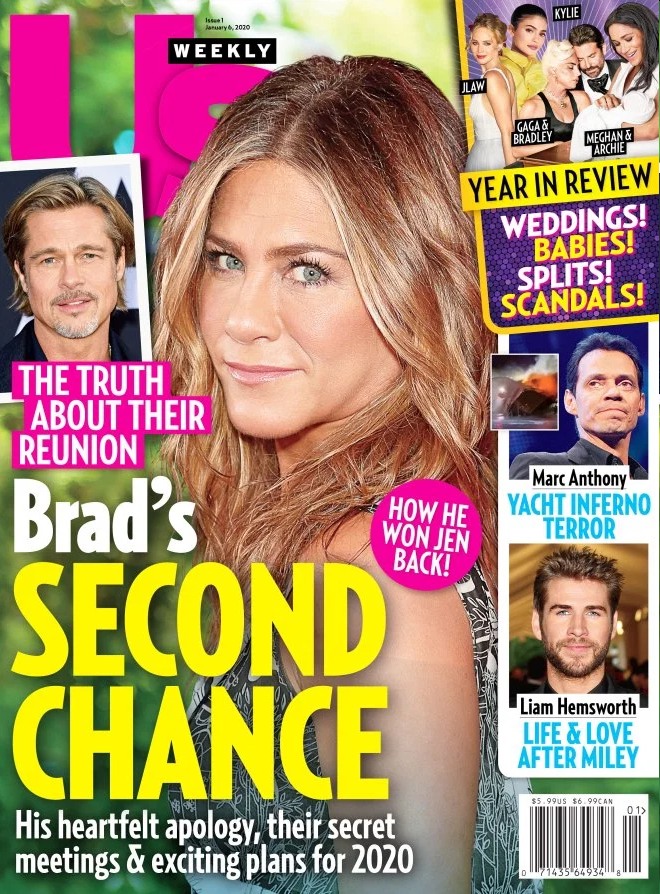 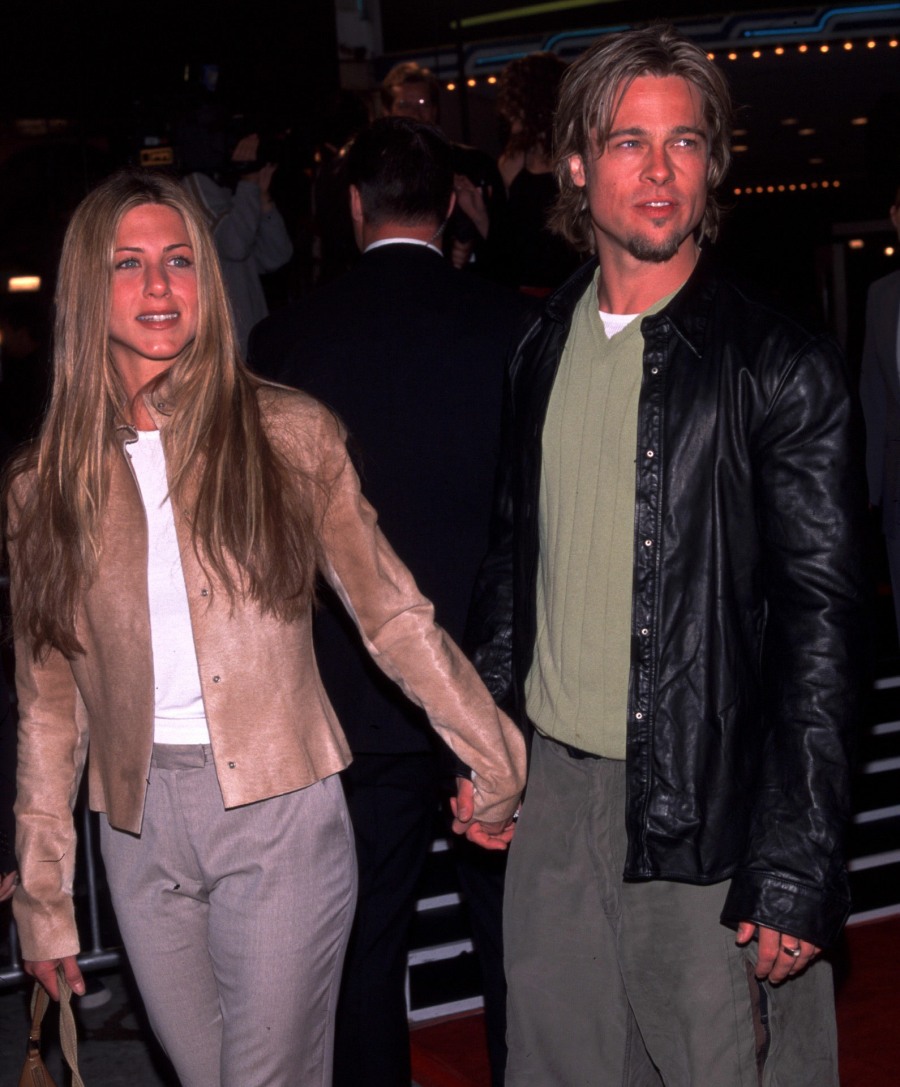