Meghan Trainor on her couples toilets: ‘This is the best thing about my house’ 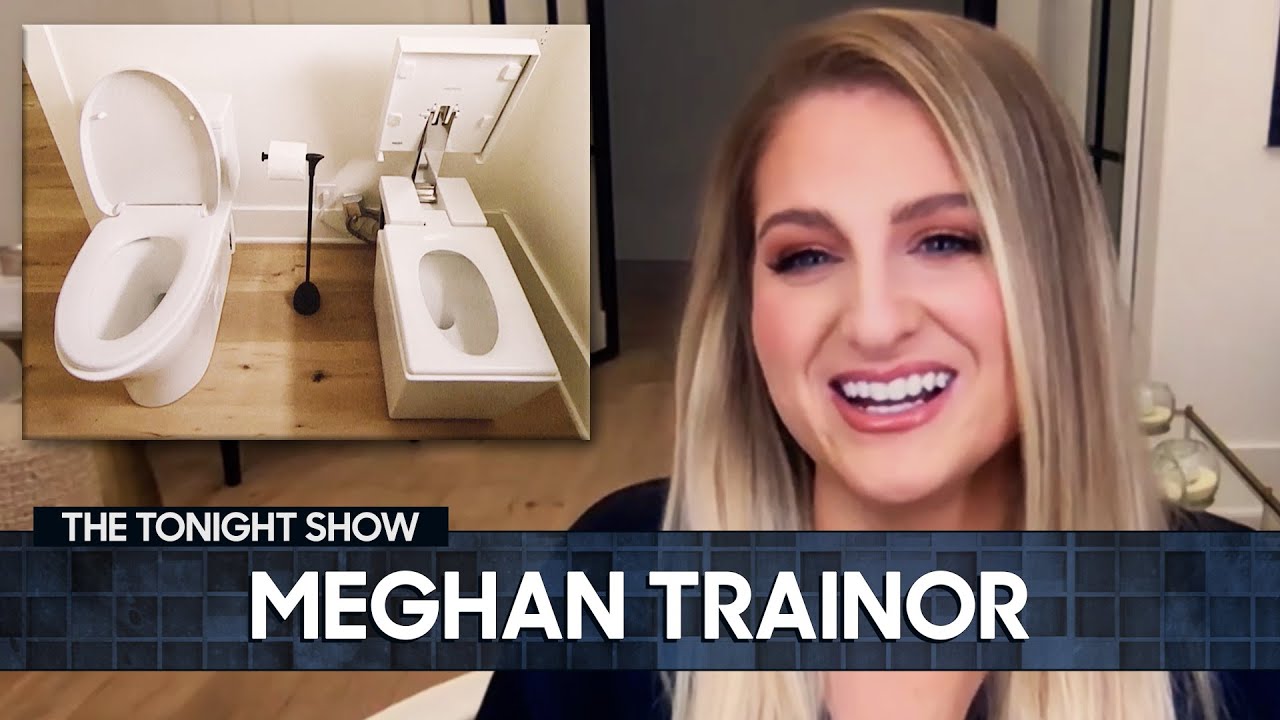 Meghan Trainor did an interview on The Tonight Show earlier in the week that I’m just seeing now. She’s promoting her new E! music competition show, Clash of the Cover Bands, on which she’s a judge along with Adam Lambert and songwriter Esther Dean. As we’ve all heard, Meghan had toilets installed side by side in her bathroom so that she’d never have to be apart from her husband, Daryl Sabara. She talked about it on a podcast after her brother, who lives with her and Daryl, brought it up. Meghan later did a TikTok showing her toilet setup and has clarified that she’s only done number two at the same time as her husband once. On Fallon, she was completely comfortable discussing the situation and called the couples toilets her favorite thing about her house.

On the story blowing up
I didn’t know it was going to be such a big deal that’s why I casually brought it up on a podcast.

On her reasoning for putting the toilets side by side
You get up all throughout the night with a new baby and you have to pee. There were so many moments where I was like ‘move, I have to go.’ When I moved to this new house I was like ‘I have an extra toilet, can I just pop them next to each other.’ The plumber giggled and I was like ‘I don’t see why you’re laughing, just do it.’ I did it and it’s the best thing I ever did.

On if she’s going to keep the toilets as is
You know how expensive it would be to change that? This is the best thing about my house. It’s my favorite part of the house. Now it’s famous. I told my contractor ‘did you hear?’

So it’s clear she’s completely comfortable talking about the toilets, she’s not embarrassed that the news got out, and she’s not going to change it. Sometimes I think this is what’s necessary to be famous, a strong conviction in your choices and little to no shame about them. This is relatively harmless compared to many stories. I wonder how Daryl feels about this news getting out. She didn’t talk about him at allnd Jimmy didn’t ask. Also, if Meghan would have just framed this discussion around not being able to pee because her husband is taking up a toilet that would have gone over much better. I understand urgently needing to pee, especially after having a baby, and not being able to wait for someone else to finish. She made it about the “soulmates” thing though and that just seemed weird and codependent.

Here’s the interview, the toilet stuff is in the opening. You can see a shot of her toilets side by side at 1:45. Hers is fancy with a butt warmer and Daryl’s is basic and under the air conditioning. Rude.

19 Responses to “Meghan Trainor on her couples toilets: ‘This is the best thing about my house’”