Jeff Bridges got covid during his cancer treatment: ‘I was pretty close to dying’ 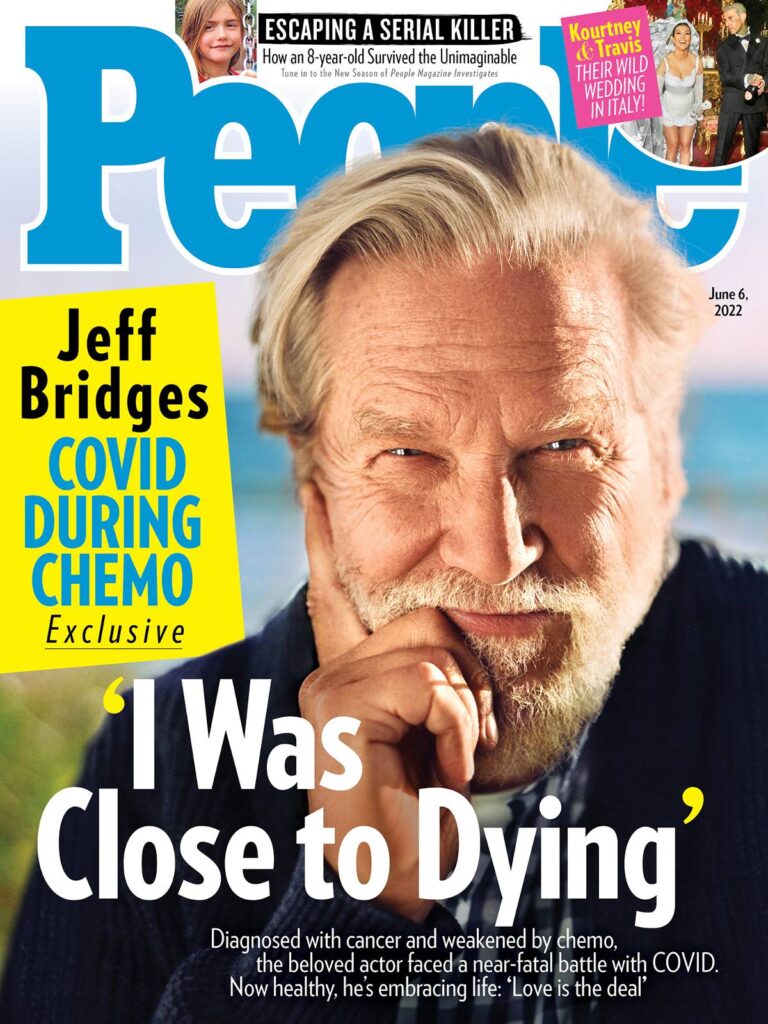 In October 2020, we learned that Jeff Bridges was dealing with lymphoma. We didn’t know much, other than he was in treatment. Occasionally his family gave updates about how things were going well. For the most part, we stopped worrying about losing Jeff. Last September, Jeff disclosed that he’d contracted Covid from his cancer treatment center in January 2021. He waited until he was both in remission from his cancer, recovered from his Covid and vaccinated to update us. At the time, he used Jeffisms to describe his ordeal like “Covid kicked my ass pretty good” and that he’d felt he was “gettin’ close to the pearly gates.” Both were quickly followed up with positive vibes of how it’s “all in the rearview mirror” and how much better he’s doing. In Jeff’s latest People cover story, we find out just how close he got to those pearly gates. The tumor they found in Jeff at the time of his cancer diagnosis was 12”x9”. And while Jeff applauds the efficiency with which the chemotherapy “imploded” the tumor, it annihilated his immune system as well. He was hospitalized with Covid, unable to breathe. His doctor pleaded with him to fight. Jeff said he didn’t even understand the request because he was already in “surrender mode.”

Sticking together through sickness and in health is something Jeff Bridges and wife Susan have done throughout their marriage. But the happy couple, who celebrate their 45th wedding anniversary on June 5, recently faced their biggest health crisis yet when Jeff was diagnosed with cancer and then got COVID while in chemo.

In January of 2021, a month after he had begun chemo, Bridges got a notice informing him that he may have been exposed to COVID-19 at the treatment center. He soon tested positive (the vaccine wasn’t yet available) and the virus hit him hard since the chemo had weakened his immune system. “I had no defenses. That’s what chemo does — it strips you of all your immune system. I had nothing to fight it,” he says. “COVID made my cancer look like nothing.”

For Susan, seeing her husband in pain was heartbreaking. “We didn’t know if he would recover,” she says. She recalls getting a call from the hospital that they may have to put him on a ventilator. “I said, ‘Save his life. No matter what you have to do.’ ”

In the end, the medical team was able to keep Bridges off the ventilator, but the actor says, “I was pretty close to dying. The doctors kept telling me, ‘Jeff, you’ve got to fight. You’re not fighting.’ I was in surrender mode. I was ready to go. I was dancing with my mortality.”

“COVID made my cancer look like nothing,” I wish every anti-masker, Covid denier, I’ll-risk-it twit would read that sentence. Jeff said he was unable to roll over in bed unassisted while he was battling Covid. The article points out that his wife Susan had asked his medical team to, “save his life. No matter what you have to do.” It must have been awful to find out that Jeff was in surrender mode at that time. But when you hear Jeff explain it, it makes sense. He couldn’t comprehend how he could fight what was happening because he had no power left. It sounds like he was just experiencing his own death in as conscious a way as he could. I’m quite undecided on where my own spirituality is right now but listening to Susan picking up the fight for Jeff’s life when Jeff couldn’t makes me wonder about our interconnectedness. Only a Jeff B post would I make me go this deep.

Because he’s Jeff Bridges, he found a way to frame these horrifying experiences in the most positive way possible. He likened it all to a dream, although not necessarily a bad one. He said getting that close to death’s door brings “you closer to you,” and that all of your philosophies and spiritualities are called upon to get through it. It’s a fascinating concept, that when stripped of any physical or metabolic strength, you find out what truly and fundamentally drives you. I’m in no rush to find out, mind you, but it’s something to contemplate.

The good news is Jeff is recovered, feeling great and his next project, The Old Man, comes out June 16th. It is decidedly less-Zen than Jeff’s interview:

14 Responses to “Jeff Bridges got covid during his cancer treatment: ‘I was pretty close to dying’”