Cameron Diaz on returning to acting after almost a decade: ‘I just fell back into it’ 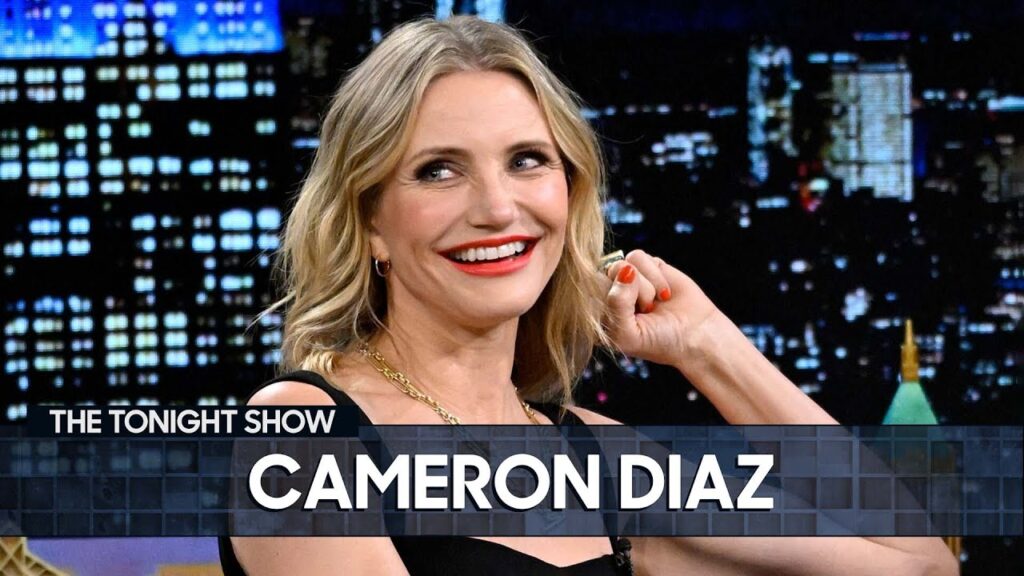 As Peridot reported over the summer, Cameron Diaz is un-retiring from acting. Or she’s back from her extended sabbatical. Or she’s finished with the world’s longest coffee break. When Cameron stepped back from acting, I’m not sure she had a plan to retire entirely, it sort of happened the more she stayed away. She went from becoming more selective, to reprioritizing and finally just not being able to make the demands of a movie set work for her anymore. I don’t remember Cameron saying she was retiring so much as other people applying that term to her and she eventually just agreed with it. Now, however, she’s dipping her toe back in the water. Her last film was Annie in 2014. While speaking to Jimmy Fallon on The Tonight Show, Cameron said returning to filming was like muscle memory. After spending so much of her life doing it, the extended break melted away and she was able to just fall back into it. One big help was working with two-time co-star Jamie Foxx. That made things much easier.

Cameron Diaz isn’t masking the mixture of emotions she’s feeling as she makes her long-awaited return to performing.

The star was a guest on The Tonight Show on Friday, where host Jimmy Fallon asked about her role in director Seth Gordon’s upcoming action-comedy film Back in Action, in which she’s set to star opposite Jamie Foxx. Diaz has opted to step away from Hollywood in recent years and hasn’t appeared in a film since playing Miss Hannigan in 2014’s musical adaptation Annie.

When Fallon asked if she’s either nervous or excited to start working on the Netflix film, Diaz replied, “I’m both. It’s a little bit of muscle memory, you know what I mean? I did that for so long, it’s kind of like the process — I just fell back into it. But it feels a little bit different.”

She continued, “And I’ve also made two movies with Jamie Foxx, which is amazing. The last movie I made was Annie with Jamie, and so the first movie back is this film with Jamie.” She said about her Back in Action co-star, who also appeared with her in 1999’s Any Given Sunday: “He’s so great, he’s so easy, he’s so professional, he’s so talented. And just being able to work with him, it’ll be so much fun.”

I remember the late *gulp* Olivia Newton-John talking about doing her first love scene in Two of a Kind. She only agreed to it because it was with John Travolta. They were such good friends, it was the only way she could feel comfortable. So I imagine having Jamie in the film was a big part of Cameron’s decision. Not only because how they get along off set, but she knows what to expect from him as a scene partner. There are so many variables filming a movie with all the different moving parts, familiarity with the film’s star is a big relief. However, I’m fairly certain this project is in pre-production so hopefully Cameron’s predictions about falling back into everything like before will hold true once production gets rolling.

This will be the first movie Cameron’s made since her daughter Raddix was born. It’ll be a big adjustment. At least she has the luxury of picking and choosing her next projects with her wine company thriving and husband Benji Madden to take on child care. As Cameron told Goop in 2020, the demands of a film set left her out of control. As Cameron put it, “For months on end, you have no time for anything else. I realized I handed off parts of my life to all these other people, and they took it.” Cameron is reentering her career with a better understanding of what it took from her before. That can make all the difference. I’m glad she’s coming back because she wants to and on her terms. I hope it proves to be the experience she’s hoping for.

5 Responses to “Cameron Diaz on returning to acting after almost a decade: ‘I just fell back into it’”