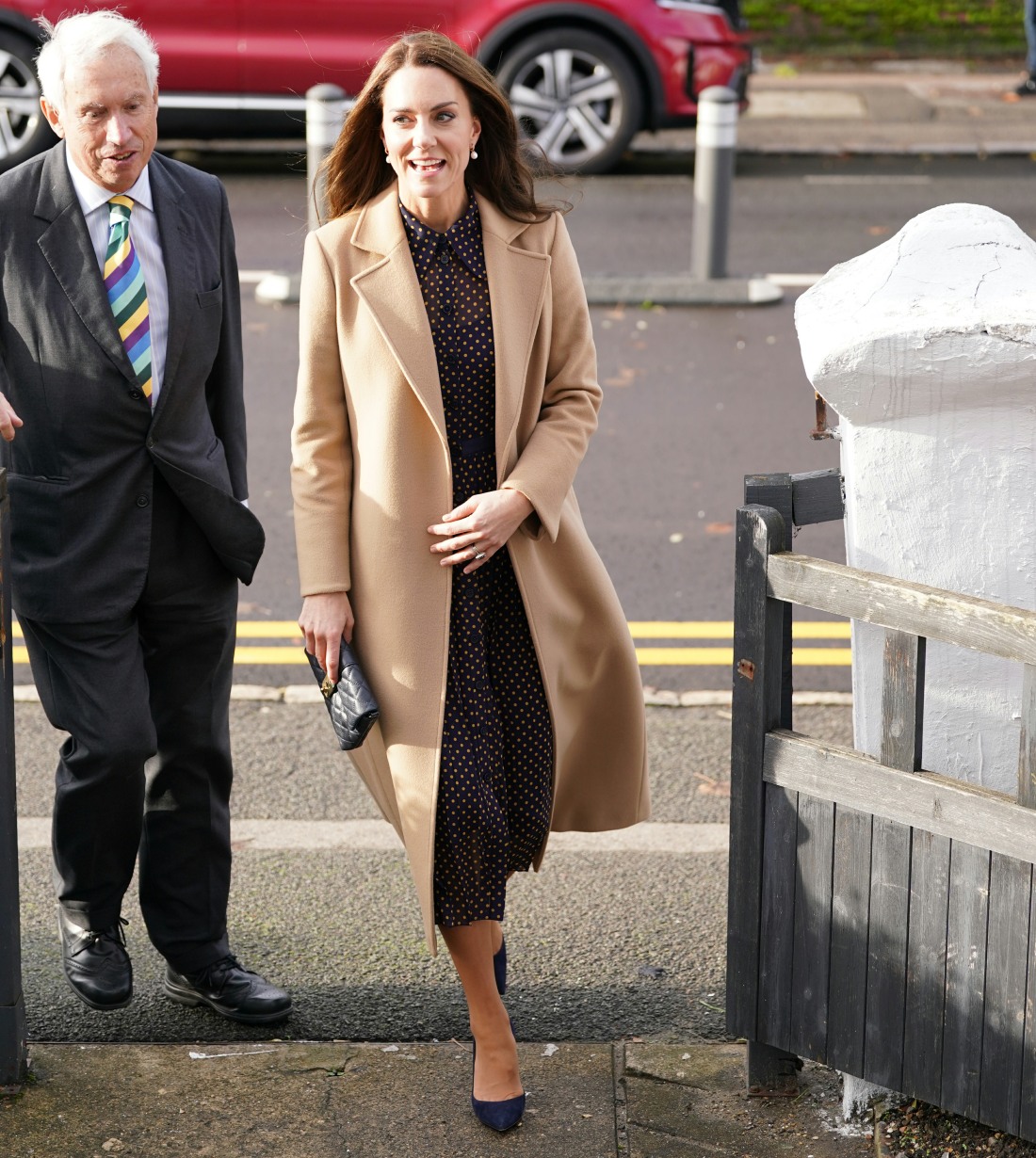 The Princess of Wales did a surprise event today in Reading. She went to the Ukrainian Community Centre, a place where medical and humanitarian aid is coordinated to Ukraine in their war with Russia. Kate and William visited a different Ukrainian community center months ago, and Kate made a big deal of bringing brownies to the volunteers. Today, she was empty handed. But don’t worry, she was keen! Apparently, one of her new issues is “talking about Ukrainian mental health.” While I would never underestimate the trauma and mental health crisis faced by Ukrainians at this time, I don’t think they need Kate turning up in her Meghan cosplay and gurning furiously for a photo-op. Kate’s coat is Max & Co, which retails for £460. Looks a lot like the coat Meghan wore to Canada House in January 2020. Maybe Kate wanted the comparison because she’s plotting her own Kexit.

The Princess of Wales is meeting Ukrainian families who have fled to the UK since the Russian invasion. During her visit to the Ukrainian Community Centre in Reading, the princess is hearing from volunteers helping refugees to settle in Berkshire Their work includes educational classes for children as well as providing support with employment and housing.

The centre has also been involved in delivering medical and humanitarian aid to the frontline in Ukraine. The centre, which is part of the Association of Ukrainians in Great Britain (AUGB), has been helping Ukrainians arriving in the UK since the start of the invasion.

The princess heard how volunteers run weekly coffee mornings to maintain a sense of community among the families. She was told about the practical advice and support around topics such as employment and housing, as the displaced families settle into life in the UK. The princess is also joining children taking part in an art session.

The centre’s art workshops help provide a way for the children to have fun, build friendships and express their emotions and experiences.

Remember when Prince William was taking credit for inventing “Impact Days” in which he and Kate would visit a charity and organize a donation to the charity to coincide with their visit? Whatever happened to that? Because this community center is doing great work and it would have been amazing for Kate’s visit to be packaged with a donation from the Royal Foundation, plus Kensington Palace releasing information on other people can donate time, money and resources. Kate should have come to the center with bags full of clothes and food. Oh well.

As I always say, she loves polka dots because they’re “fabric buttons.”