Back in August, on her ninth wedding anniversary, Ashley Graham announced that she was expecting her first child with her husband, Justin Ervin. A couple of weeks later, Ashley, who actively works to promote body-positive conversations, posted a nude, strategically covered photo featuring her stretch marks. We last saw Ashley a couple of weeks ago at the premiere of The Morning Show. She had been excited because she had DMed Jennifer Aniston shortly after Jennifer joined Instagram, and Jennifer had written back and the two kept chatting.

Ashley had her baby shower last Friday, and everyone there had the option of leaving with more than a trinket: They could get a tattoo, manicure, and piercings:

Twerking mama to be! Ashley Graham ditched the finger sandwiches and traditional baby games for body jewelry and tattoos at her baby shower on Friday, November 8.

The supermodel, 32, and her husband, Justin Ervin, welcomed guests at The Foundry in New York City where they enjoyed a candy bar, a manicure station, a tattoo station and a piercing station. The venue was decorated with cream, yellow and purple balloons that read, “It’s a Mom.”

“Thank you so much,” Graham said to her guests with her filmmaker hubby, 31, by her side. “This is bigger than our wedding. This is like Christmas!”

A source at the party gave more details to ET:

The expectant mother was all smiles at the shower, which began around 6:30 p.m. ET, the source says. She was rocking a red midi dress by Victor Glemaud and sneakers, and she even busted out some dance moves with music playing all night long, which included tunes by Mary J. Blige and Aaliyah.

According to the source, with Ervin by her side, the mom-to-be took the microphone during the celebration to thank their family and friends for being there. Graham sent her gratitude to everyone for their prayers and support, saying, “We can’t raise this baby boy without all of you and we’re so excited to do it with all of you. You are our community, our loved ones.” Graham finished her speech cheering, “Let’s party!”

Ashley and Justin look so happy, and it sounds like the shower was a blast! I can’t stand cheesy shower games, so I’m always excited when people decide to forego them. That gives people more time to chat, eat, and spend time with the guests of honor. I don’t really think anyone actually wants to play them, so I wish people would ditch them altogether. I don’t think I’ve ever heard of anyone offering tattoos or piercings as an alternate activity, though. I recently got another tattoo and I can’t quite imagine getting it in a party setting, either. Luckily for the guests there were henna and Inkbox temporary tattoos too.

Ashley visited Ellen last week and announced during a rapid-fire Q&A that she was having a boy. She told Ellen that her trip to the show would be her last trip before the baby is born and that she’s due in January sometime before Ellen’s birthday on the 26th. I’m so happy for her, Justin, and their baby. He is going to be adored. I hope the rest of Ashley’s pregnancy goes smoothly!

Look at how much in love Ashley and her husband Justin are! 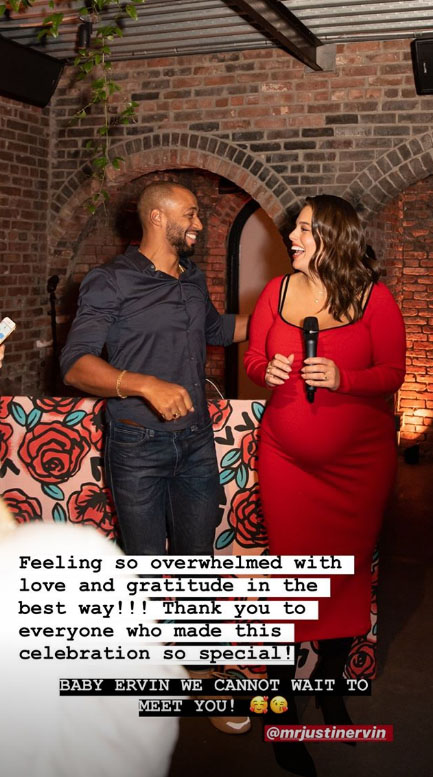 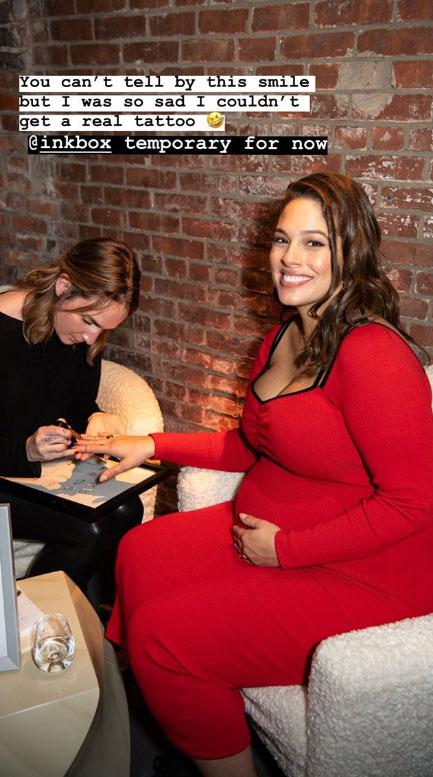 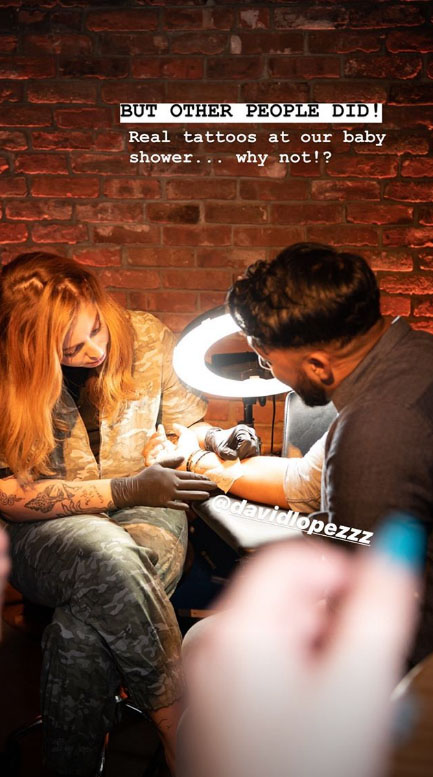 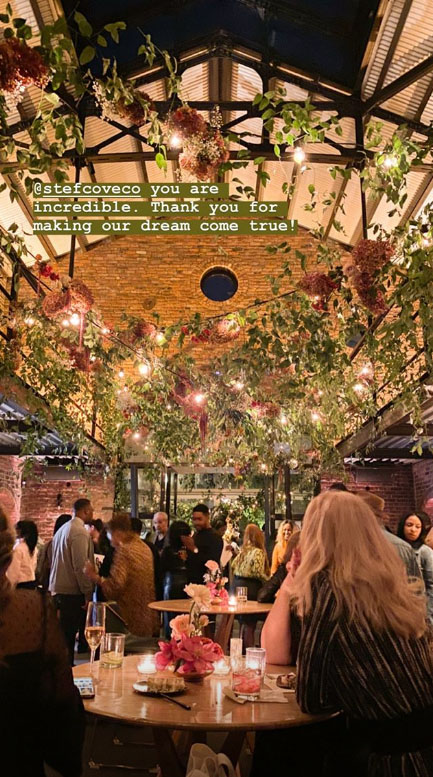