Michael Strahan: It was tense working with Kelly Ripa, she wouldn’t take his meetings 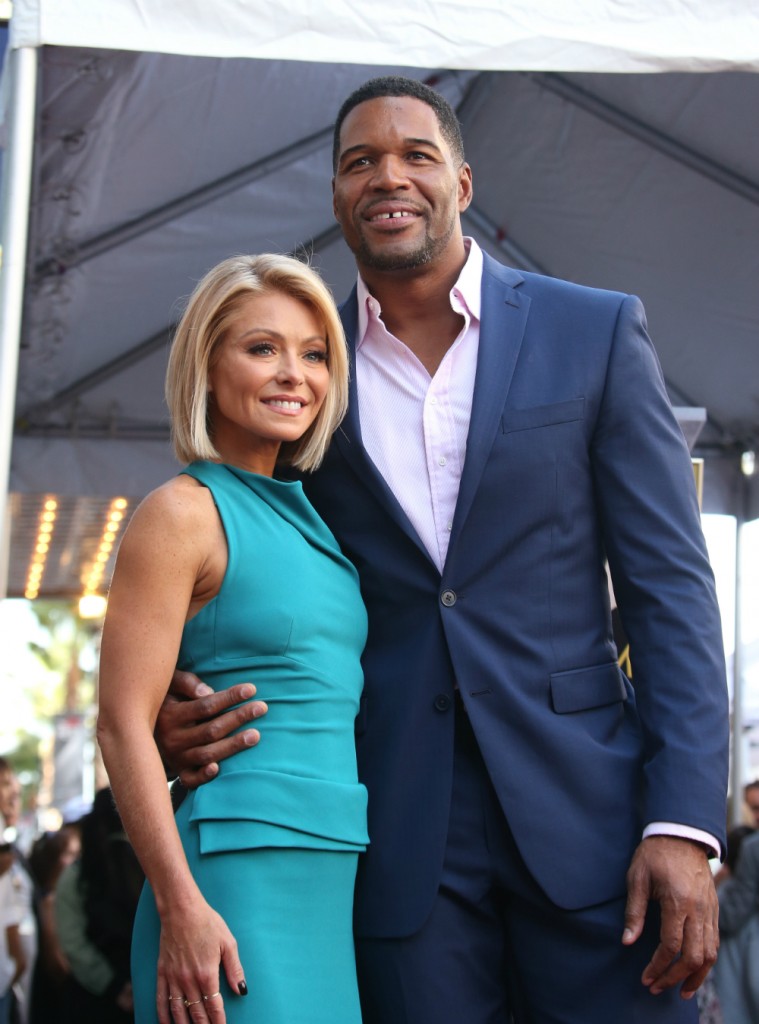 My knowledge of the drama between Michael Strahan and Kelly Ripa behind the scenes of Live with Kelly and Michael comes from Celebitchy’s reporting on the story and from watching The Morning Show. Briefly, after rumors that the two co-hosts weren’t getting along, Michael announced he was leaving to join Good Morning America. The announcement and departure were sudden and caught Kelly completely off-guard. After some drama that involved Kelly taking some unplanned vacation in the wake of the announcement and a few shots fired across the bow, it seemed the two worked out their issues and ended Michael’s tenure at Live amicably. That’s where The Morning Show research comes in to play, because if we learned anything from TMS, we know that amicable banter is bs. Which, apparently, was the case with Michael and Kelly. Michael was interviewed by the New York Times, in which he took the opportunity to mention, again, that he was so bummed to be painted as the bad guy when really, it was all Kelly’s fault.

Michael Strahan is opening up about his relationship with former colleague Kelly Ripa.

The former NFL player, 48, spoke to The New York Times about his time on Live with Kelly and Michael and the heavily discussed tensions between the then-cohosts.

Calling his time with Ripa, 49, an “experience”, Strahan said he tried to create an environment where they could work through their issues.

“One thing I tried to do is have a meeting every few weeks with her,” he told the NYT. “We met a few times, and that was fine. But then eventually she said she didn’t need to meet.”
“Can’t force somebody to do something they don’t want to do.”

Strahan says they both did their best to not let their offscreen issues impact on the show’s classic dynamic, however, “certain things that were going on behind the scenes just caught up.”
While maintaining he “remained the same person I was from day one,” the former NFL star said “when it was time to go, it was time to go.”

However, he says his exit from Live with Kelly and Michael in 2016 “could have been handled better.”

“I didn’t wake up and say, ‘I want a job at GMA.’ I was asked to do it by the people who run the network,” Strahan said. “It was really not a choice. It was a request.”

Strahan said that when the news broke he would be leaving Live, “it was treated as if I was the guy who walked in and said, ‘I’m leaving.’ That part was totally misconstrued, mishandled in every way.”

“People who should have handled it better have all apologized, but a lot of the damage had already been done. For me, it was like: Move on. Success is the best thing. Just keep on moving,” he said.

I know Kelly is not a favorite around here. I like her well enough. But I don’t know why Michael is trying to stir this up again. He was disappointed that people found fault with his actions in 2016. What’s odd to me is that throughout the whole drama, I never really faulted Kelly or Michael. It was obvious from the outset that the network managed the situation completely wrong and Kelly was hurt and reacted as a person who was hurt. Before we get into “but they asked Michael,” he was asked to compare working in television vs. football and Michael took them to Kelly from there. But this is the story Michael wants out front: he did everything he could to salvage Live, then management forced him to take the job at GMA and told him he couldn’t tell anyone. Okay. But whatever went down between them, he’s still sore because when the NYT asked him if he had learned anything about hosting from Kelly, he responded, “Oh, I’m sure the same things she learned from Regis Philbin.” I don’t know, maybe Kelly is the bad guy. But that’s a low hit to take the one opportunity he was given to say something decent about her and hand it to Regis. So not totally moving on, right Michael?

The rest of his interview gets back to comparing TV vs. football and then goes heavily into football, including Michael’s sack record and how he proposes to “fix” the Giants. The football stuff is interesting until he ‘both sides’ the blackballing of Colin Kaepernick in the NFL. 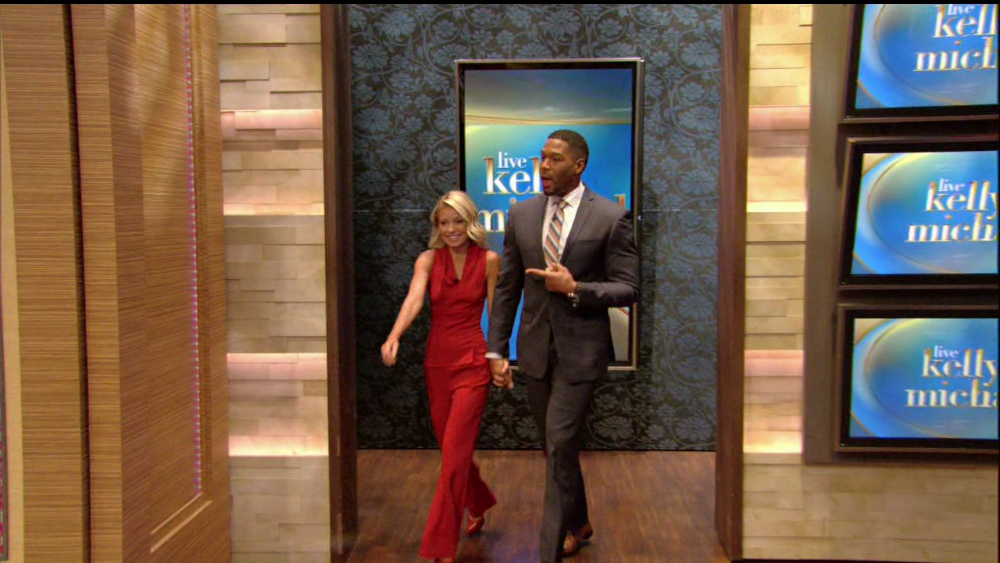 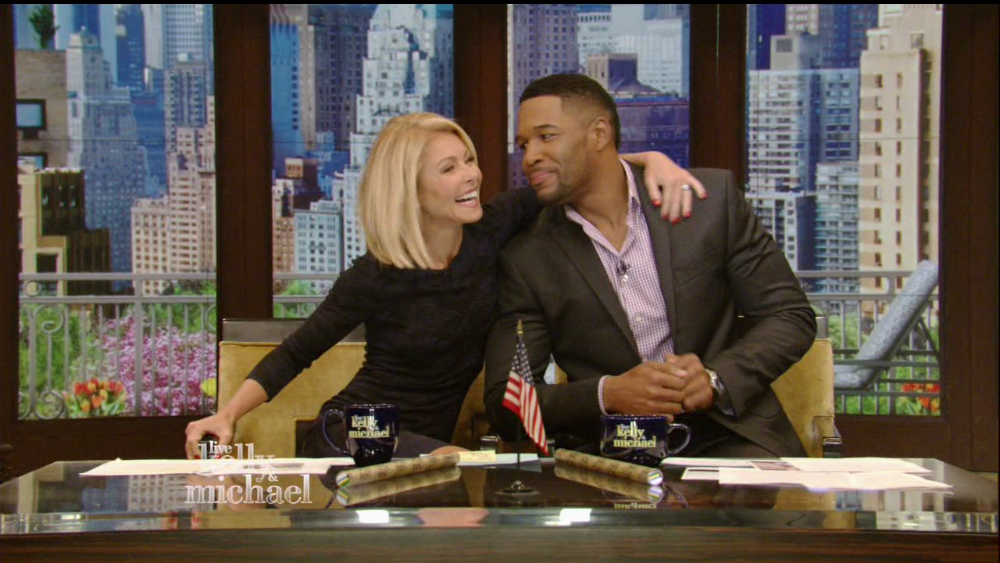 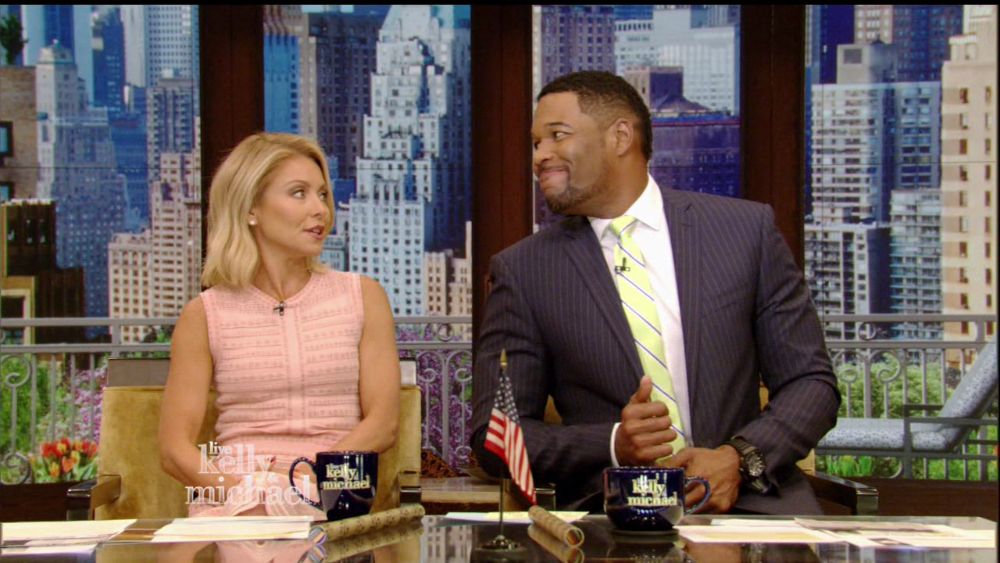 83 Responses to “Michael Strahan: It was tense working with Kelly Ripa, she wouldn’t take his meetings”