Embed from Getty Images
Shania Twain went through heartbreak in early 2008 when she realized that her husband of her 14 years, Robert ‘Mutt’ Lange, was cheating on her with his married secretary, whom Shania considered one of her closest friends. Shania and Mutt had been living in Switzerland for eight years at that time and I imagine it was somewhat isolating for her. (I lived in Switzerland for a couple of years right around that time so maybe I’m projecting.) We know about the affair because someone (Shania) dished details to People Magazine, and gave them personal photos of Shania with the secretary/estate manager. That was around May of 2008. Then, by December, Shania was seen out with the secretary’s estranged/ex husband, who was in the same boat as Shania after their spouses cheated with each other. The guy was hot and it looked like an upgrade for Shania. She ended up engaged to him less than a year later (People says it was 2010 but they had rings on in 2009) and they got married in January, 2011. Shania is still with her husband, Frédéric Thiébaud, and she told AARP Magazine about it, calling it “beautifully twisted” the way their relationship came about.

“It’s twisted,” Twain, 54, tells the publication. “But so beautifully twisted.”

In 2008, Twain’s ex-husband Robert John “Mutt” Lange, who was also her longtime cowriter and producer, told her their 14-year marriage was over. Within weeks, she found out why: he had been cheating on her with her dear friend and their personal assistant, Marie-Anne Thiébaud

At the time, Marie-Anne was married to Frédéric, who was the one who ended up telling Twain about their spouses’ affair. (Twain says Marie-Anne had previously assured her it was “absurd” to think Lange was unfaithful.)

“There were days I didn’t really care if tomorrow came,” says Twain, who dealt with depression after learning of the affair.

Over time, Twain leaned on Frédéric for understanding, and eventually their friendship turned romantic. The pair got engaged in 2010 and a year later, they married.

“Survival is everything,” Twain says. “I was in quicksand. I panicked, like everybody does, but I didn’t surrender. I found a way out…”

“Sometimes I get overwhelmed coping with things, but experience also teaches you how to manage,” she says. “When you get older, you have so much experience at falling and getting up. You’re not going to stop falling. But you will get better at getting up and brushing yourself off. I believe that. I’ve lived it.”

“I’m more comfortable with my body now than I was when I was younger,” says Twain. “It was really a struggle back then. But with age, you ask, ‘OK, how many more years do I have to live, and do I really want to live them feeling negative about myself and the things I can’t change?’”

[From AARP via People]

People has more background on Shania, including the fact that she lost her mother and stepfather in a car accident when Shania was just 22. She had to raise her three siblings on her own after that. I didn’t realize that about her, it must have been so tough. People also mentioned that she has lyme disease and that she had special stabilizers implanted in her throat for the effect of the disease on her vocal chords.

That’s crazy how she met her husband but it sounds like it worked out for the best. There wasn’t a lot of gossip about it because Shania and Frederic were the innocent parties and they seemed so coupled-up and genuinely in love. In photos they look so connected to each other, which is sweet. Shania is promoting her acting career, she’s in a movie called I Still Believe, which is out in March and she was in Trading Paint with John Travolta last year. She’s also writing new music. Her last album, Now, was out in September, 2017.

AARP had this video segment with Shania. She said that she has better self esteem as she ages as she’s less worried about minor things like weight gain and that has made her more experimental with fashion.

Shania’s man is looking like Weird Al! That’s not shade I find Weird Al hot for some reason.
Embed from Getty Images 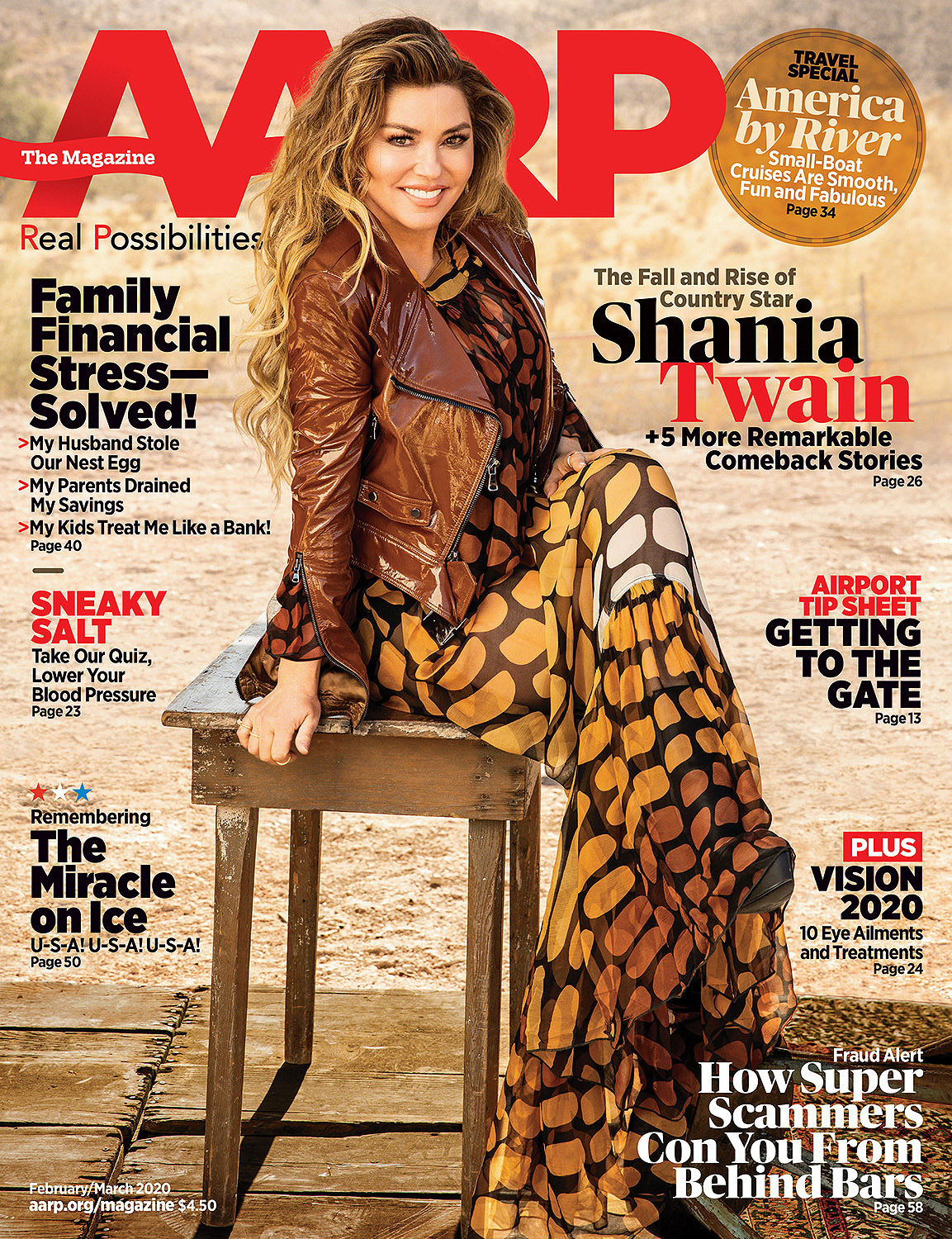