Katharine McPhee on her husband’s age gap: ‘things are never exactly as they appear’ 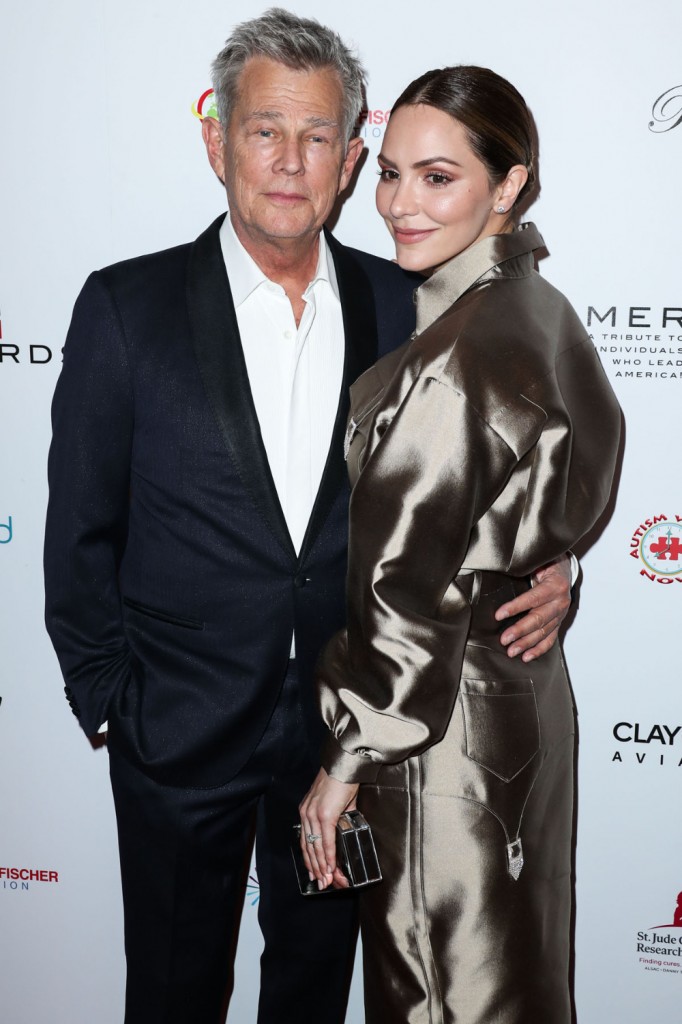 Katharine McPhee and David Foster, who just welcomed a baby boy, will celebrate their second wedding anniversary this June. They’ve been romantically linked since 2016. They’ve known each other, however, for about 15 years, meeting when Katharine was 22 and David was almost 56. May/December romances have always caught the public’s attention, so it’s not surprising that Katherine and David’s 35-year age difference comes up often. Katherine recently spoke on a podcast about their age difference. She reminded people that things are not always what they seem. Of course, Katherine is talking about the perception and not the actual difference – because there is definitely three and a half decades between these two.

Katharine McPhee is opening up about her relationship with David Foster, sharing how the married couple combats negativity surrounding their 35-year age gap and how they’ve prepared for parenthood.

“We all have the ability to label things and to look at something for the way that it looks or face value and make a judgment. So I totally get the judgment initially, but things are never as they appear, things are never exactly as they appear and I’m in love with our love story and that’s all that matters,” the 36-year-old singer and actress told Dr. Berlin during an episode of Informed Pregnancy Podcast of her relationship with Foster. “But it didn’t just happen overnight. We had a real journey and I had a real process.”

Still, when it comes to the judgment that the couple faces from outsiders, McPhee expressed that the negativity seems to be focused on her perceived role in the relationship.

“The perception of what people try to create, especially with women, it’s always the woman’s fault. It’s the woman who wants to be with the older man because he has money and he’s had success and she wants this, that. I mean, our story’s been the complete opposite,” she said. “Every once in a while it feels good to give [trolls on social media] the finger. But for the most part, we really don’t care. [Foster] will say every once in a while, ‘Eventually, we’re just going to look normal to people.'”

McPhee explained, “There was never one day that I doubted my decision to be with him. Even if we had an argument or whatever, I’m so crazy in love with him and so grateful. But it’s not just in love with him, I loved being around him before we were even married.”

In the interview, Katharine acknowledges that the odds are not in their favor, given the statistical success rates of multiple marriages. This is David’s fifth marriage and Katharine’s second. However, she credits the counseling she and first husband, Nick Cokas, did at the end of their marriage as to how she’s making it work with David. She said she learned to approach their relationship differently to avoid the usual pitfalls. I’ll give Katharine credit for being self-aware about why her and David’s relationship has our attention. And her marriage to Nick imploded, so I’m sure it was some pretty intense therapy.

I do agree with Katharine that in the young wife/old geezer relationship, it’s the woman who’s scrutinized. The old man just wants a PYT on his arm and that’s somehow fine, but that gold-digging hussy – keep your eye on her! With Katharine and David, it’s David I’ve side-eyed more. He seems like a man who needs a woman who will make him look good, but won’t eclipse him. Or, in the case of his last marriage, ask too much of him, like, say, being allowed to recover from a major illness. I think that’s what took him so long to marry Katharine, he had to make sure the press wouldn’t put her before him, like they put his Housewife days before his Grammys. Which makes me almost feel bad for Katharine if her comments about being crazy in love with him are true. 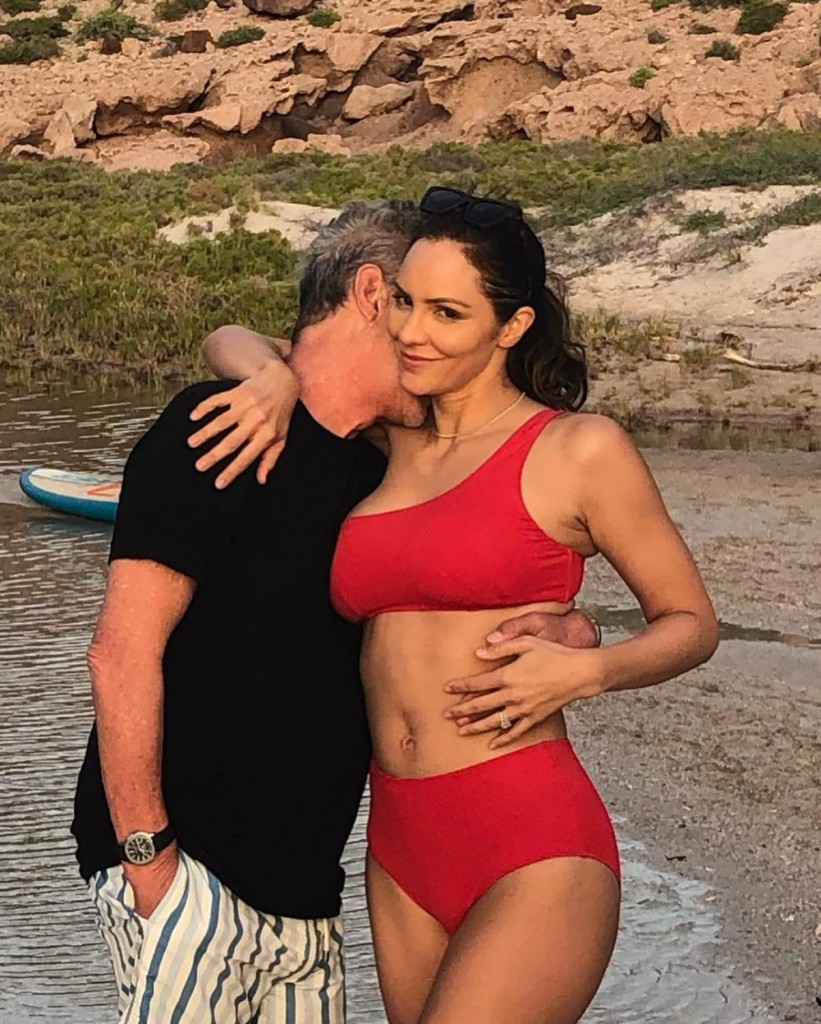 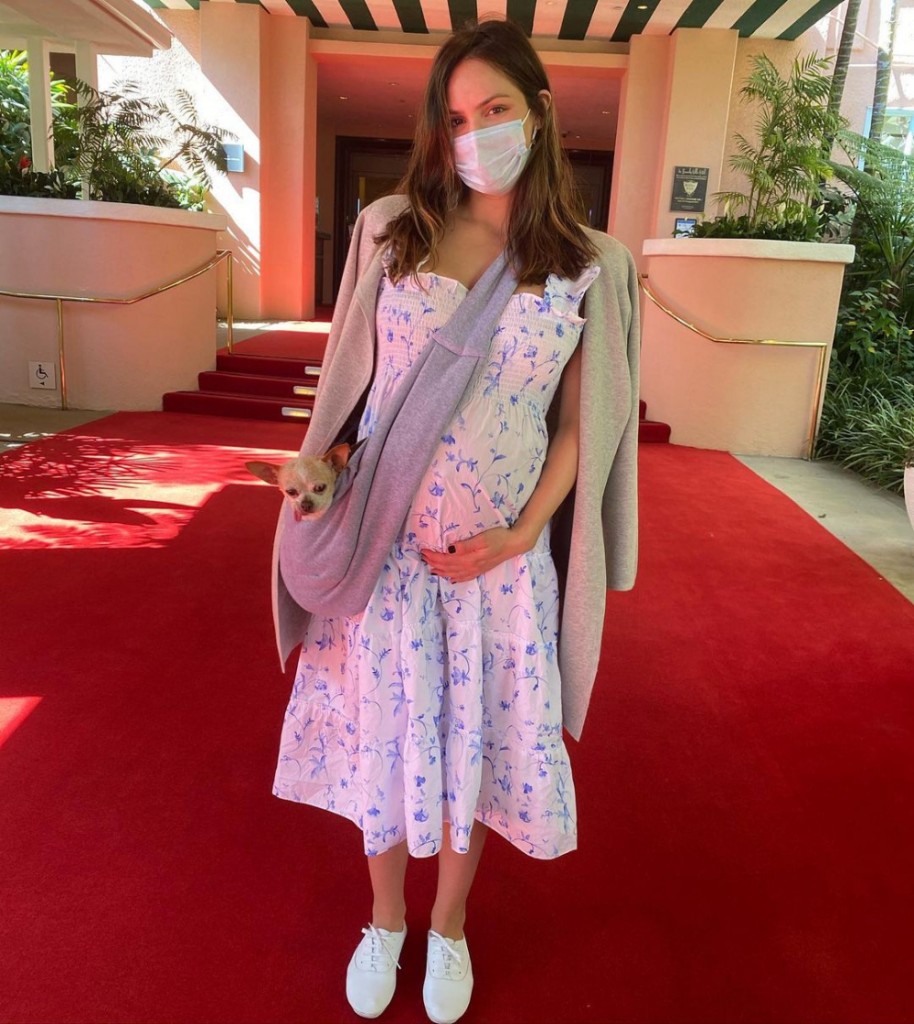 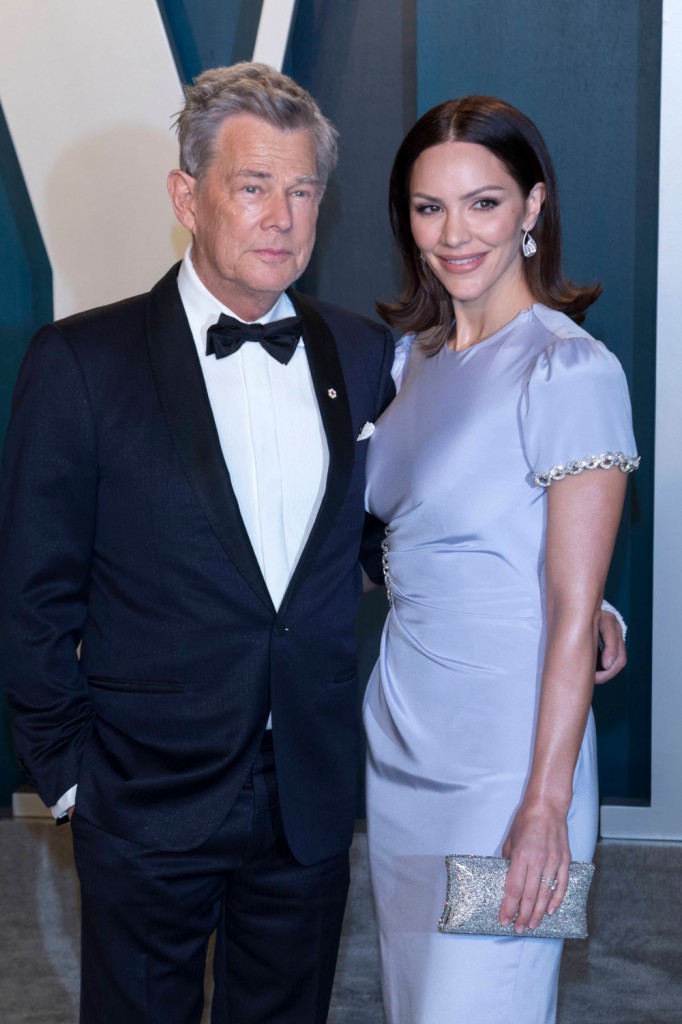 27 Responses to “Katharine McPhee on her husband’s age gap: ‘things are never exactly as they appear’”