Lili Reinhart: I really wish other people in the industry would speak out too 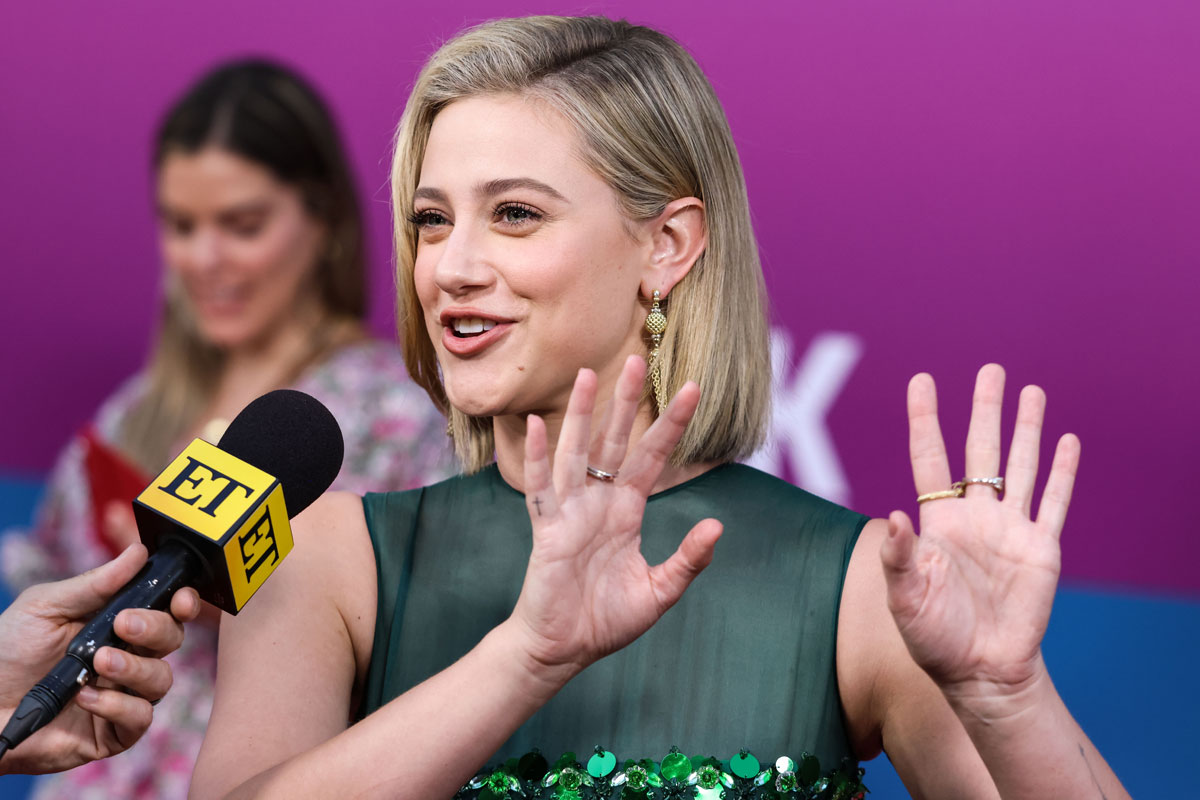 Lili Reinhart is the 20-something actress perhaps best known for her lead role in Riverdale, second best known for her supporting role in Hustlers, and third best known for her consistent outspokenness on body image and mental health. Or maybe the second and third are swapped. Last I wrote about Lili, she masterfully shaded Kim K for promoting unhealthy weight loss without ever mentioning her name. Lili doubled down on her comments at the time, but apparently took a social media hiatus after the fact. Now, she’s talking about that in vague terms and doubling down on the general concept of speaking out about things that are important to her, regardless of the backlash.

It’s jarring when a big-name talent arrives for an interview on their own — either in-person or via the telephone or Zoom — because it almost never happens. Not without the buffer of publicists, assistants, handlers, and other assorted hangers-on. Reinhart calls me, right on time. No one patches her through. No one else is on the line. That’s a surprising move, particularly for the “Riverdale” and “Hustlers” star who has earned a reputation for being outspoken when left to her own devices (often literally).

In May, the actress and producer made headlines when she took to Instagram after the Met Gala to talk about how upset she was to see so many celebrities “starving” themselves in the name of fashion. “To walk on a red carpet and do an interview where you say how starving you are… because you haven’t eaten carbs in the last month… all to fit in a f—ing dress?,” she wrote on an Instagram Story. “So wrong. So f—ed on 100s of levels. To openly admit to starving yourself for the sake of the Met Gala. When you know very well that millions of young men and women are looking up to you and listening to your every word. The ignorance is otherworldly and disgusting.”

That unleashed a slew of stories with headlines blazing about Reinhart “slamming” other celebrities; Reinhart later opted to take a social media hiatus. Speaking out is nothing new for Reinhart; she’s done that for years, often centered on her own personal life or the wackier machinations of The CW’s nutty “Riverdale,” in which she plays the iconic Betty Cooper. The driving force isn’t grabbing headlines, but a real desire to talk about the causes that are important to her.

“Sometimes I do feel like a little bit of the black sheep speaking out,” Reinhart said in a recent interview with IndieWire. “‘Why is no one else saying anything about this?’ Then I realize why they’re not saying anything about it because the second I do, here come 30 articles saying that I’m ‘slamming’ a celebrity. I’m actually just sharing an opinion that is incredibly important to me.”

She added, “I really wish other people in the industry did that. We’re just collectively scared to go against the grain and a lot of people just hop on a bandwagon. … There’s no guidebook here, no one teaches you how to wake up to 20,000 tweets telling you that you should kill yourself or you should get a nose job or that you’re fat. Whatever the case may be, you just don’t sign up for that and no one actually teaches you how to handle that, you’re just expected to. There’s nothing more horrifying than seeing your name trend on Twitter, I’ll tell you that.”

Reinhart knows her social media reputation, but that’s not something she weighs against the idea of staying silent. “I definitely go on rants on social media, I’m very guilty of that,” she said. “I don’t like to just sit idly by, I don’t like to keep my mouth shut. I know people on Twitter hate me. There are articles and everyone is like, ‘God, does this girl ever shut up and stop complaining?’ No, actually, I don’t, because I’ve got a lot to say and no one else really seems to be.”

I get why she says that seeing her name trend on Twitter is horrifying. Usually when people trend it is for something negative. Lili caught some heat for supposedly slamming Kim K, but honestly what she said was true and not even mean, wasn’t targeted, and was more a commentary on diet culture than a particular person. I do think the difference between Lili and someone like, say, Zoe Kravitz after the Oscars, is Lili was speaking on a topic that she’s shared opinions about many times before. She wasn’t just piling on randomly or adding her voice unnecessarily to a virtue-signaling chorus. Lili has talked about body image issues for years. In her role as a young actress on a show geared toward teens and young adults, Lili has been subjected to her fair share of body critical headlines and as such has rightfully developed an opinion about how those expectations harm and affect young women. It’s a shame that sharing her perspective results in her getting nasty, negative replies, but I’m glad she isn’t letting that deter her from speaking her mind, despite how difficult it may be to handle the responses she gets. I honestly hope she keeps talking because it’s good that there’s a voice telling young women there isn’t just one way they are supposed to look. 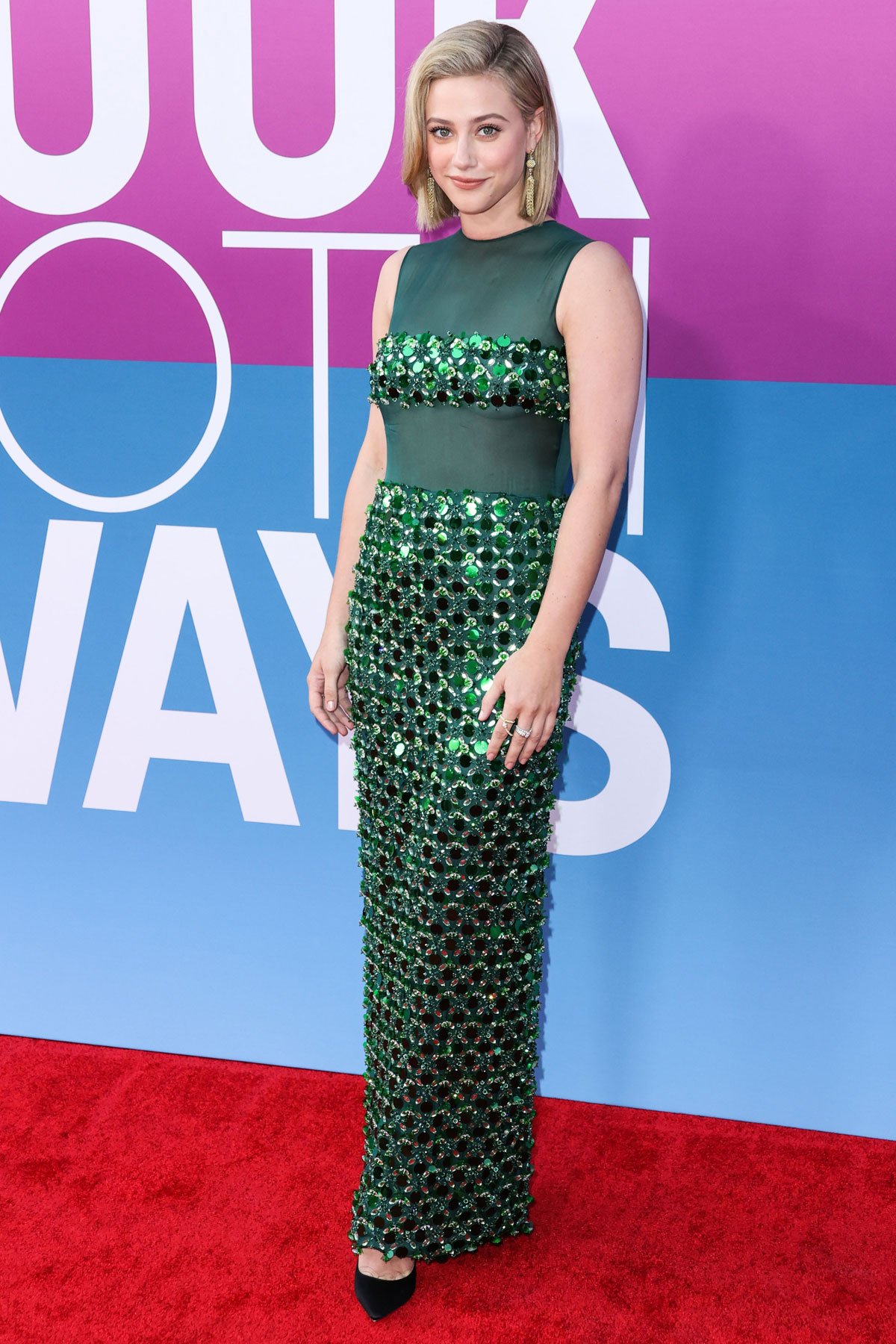 10 Responses to “Lili Reinhart: I really wish other people in the industry would speak out too”