Gavin Rossdale calls his divorce his most embarrassing moment

Gavin Rossdale and his band, Bush, are releasing their latest album, The Kingdom, next week. Gavin and Bush were supposed to be touring Australia this summer, but their plans were postponed like all bands, so Gavin is hanging out in his LA home. Like most of us, he’s had plenty of time to reflect on his past, decisions – both good and bad – and his life in general. Gavin, as most of you know, is Gwen Stefani’s ex-husband and father to their three boys, Kingston 14, Zuma, 11, and Apollo, 6. Gavin’s daughter Daisy Lowe, with ex Pearl Lowe is 31. In an interview with The Guardian to promote the album, Gavin gave short answers to a series of short questions. Despite the parsimony of words, Gavin said a lot, even though much of it was cryptic. One of his standout answers was that he holds his divorce to Gwen as his most embarrassing moment.

When were you happiest?
Last year, when I had all four kids – Daisy, Kingston, Zuma and Apollo – staying with me on my birthday. It was magical.

What is your greatest fear?
Prison: awful catering and the constant threat of violence.

What is the trait you most deplore in yourself?
My ability to switch off and tune someone out without realising it, almost as a defence mechanism.

What is the trait you most deplore in others?
Judgment.

What was your most embarrassing moment?
The gross and lopsided spectre of the crumbling of my marriage.

What is the worst thing anyone’s said to you?
“You lied to me”, when I did.

How often do you have sex?
As often as I can.

“The gross and lopsided spectre of the crumbling of my marriage,” I don’t mean to be purposely obtuse, but I genuinely don’t know what he finds “gross and lopsided.” My initial reading is, like most people who reflect on their divorce, it was a very disconcerting experience. Most of us believe it was Gavin’s philandering that broke them up, specifically a three-year relationship with their nanny. Thus, “gross and lopsided” are definitely apt to describe his treatment of Gwen. However, Gavin won’t admit to being unfaithful and when the subject came up, he asked everyone to stop talking about it (for the sake of the children, dontchaknow.) But then he brings it up in these coded responses, so how can we not ask questions? I’d like to think his answer is circumspect on his part but I worry that he is actually referring to how he was treated by the press instead of what he did to Gwen.

Even if Gavin is not a great partner, he does seem to be an invested dad. Despite a few mild swipes he and Gwen take at each other in the press, when he talks about his kids – all four of them – they seem to bring him great joy. Unfortunately, one of his boys is in for an unpleasant summer after a series of accidents left him with two broken arms and five stitches. Poor Zuma got in a nasty bike accident that broke one arm and required the stitches on his leg. Two weeks later, the poor kid fell off a chair and put his other arm in a cast. Oof! That bike accident sounds really scary. I don’t know whether Zuma was in LA with his dad or in Oklahoma with his mom when the accidents happened (maybe one in LA and one in Oklahoma?) but I do know that two casts over the summer sucks. Poor guy. I’m glad he’ll be okay.

I am in heaven – Grateful for these 4 miracles 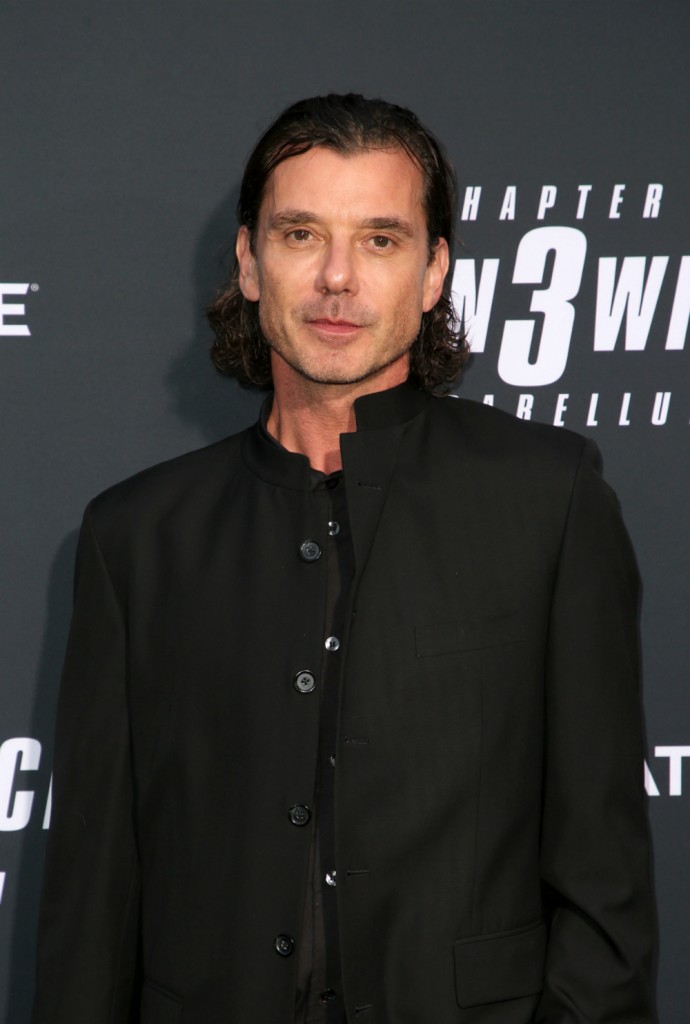